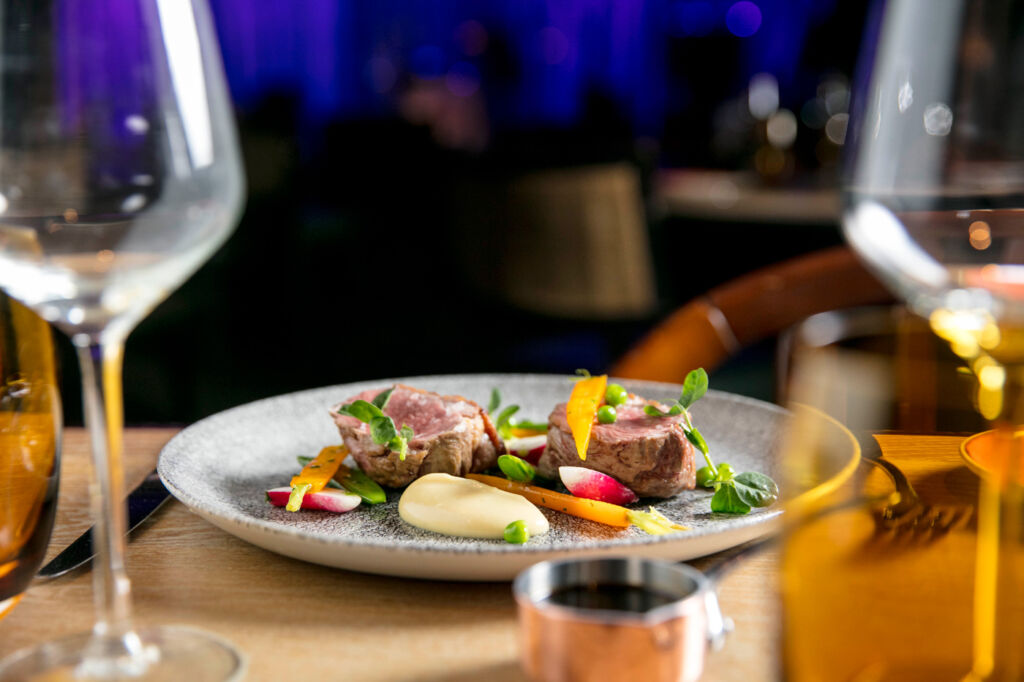 There are two set menus on offer (£33 for two courses and £36 for three), with around seven different options to pick from for each course. Sides are an extra as you would expect, with some dishes also carrying an additional supplement. 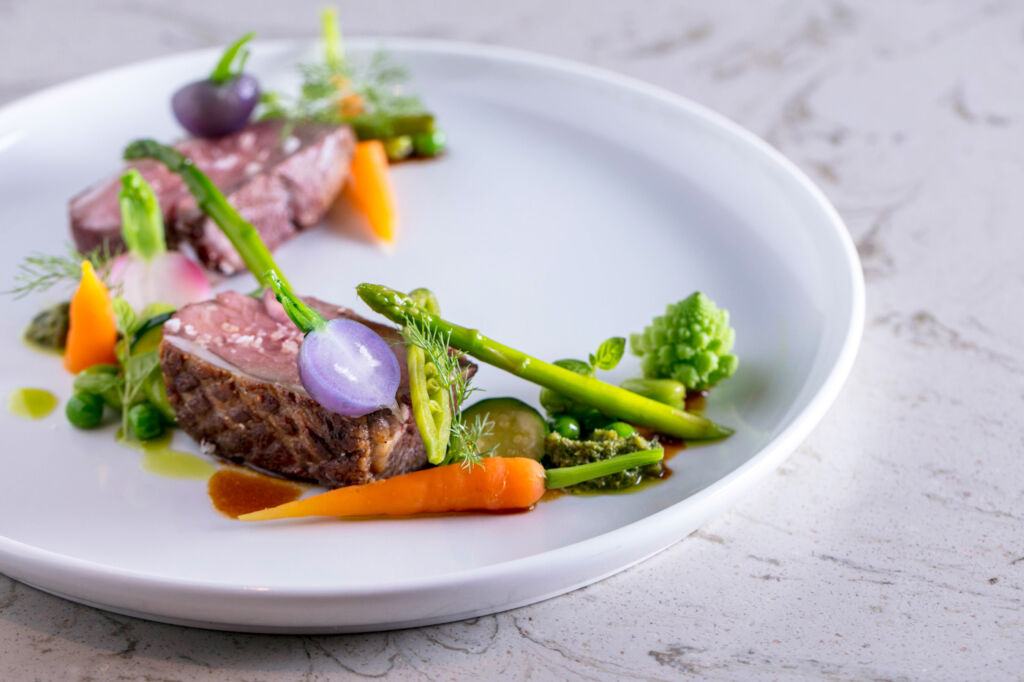 When it comes to the portion sizes at 100 Wardour Street, looks can indeed be deceiving as the dishes are not plentiful in their appearance, but are relatively filling. A couple of sides, however, are still recommended to feel adequately full. For my starter, I headed for one of my all-time favourites, Burrata, which was topped with a sprinkling of olive oil and surrounded by marinated artichokes, black olive tapenade, small pieces of croutons and sliced Torperdino tomatoes. It was heavenly.

My other half tucked into a delicious and crunchy mixed quinoa and cauliflower tabbouleh salad which was garnished with pieces of hazelnut and cranberries. All disappeared quickly.

After being asked out of courtesy whether we were ready for our mains, or wanted a short pause, (which does not happen very often in today’s times), we decided to continue proceedings. Next to arrive was the moist Loch Duart salmon which was garnished with a chargrilled scallion, and was sat on a bed of mangetout and spinach. Joined by a subtle citrus sauce and some roasted chickpeas for added décor, plus some salty triple cooked chips (£5) and tangy Bloody Mary ketchup, it was a well concocted and flavoursome dish, if a little uninspiring. My guest, being a carnivore, opted for the sumptuously tender rump of lamb with pieces of carrots and mangetout, and substituted the summer vegetables with some onion rings and a helping of green beans with caramelised red onion and morsels of chilli (also a £5 extra). It was yet another success. 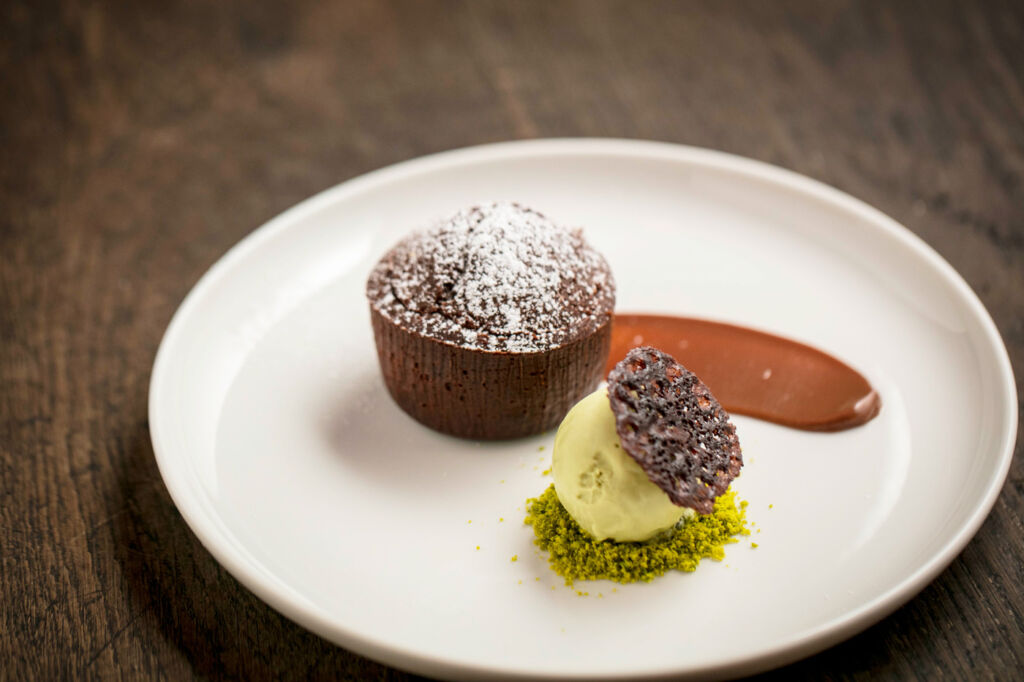 On to the final course, and I was torn between the chocolate delice with whiskey whipped cream and the chocolate fondant, but the latter won my taste buds and it turned out to be a good choice. Serenaded by the song “My Girl” from the stage, I broke into the dessert, and the chocolate sauce proceeded to seep out of the casing and combine seamlessly with the cool pistachio ice cream which was topped with a thin caramelised crisp – it was utterly divine. With my dining partner being dairy free, the kitchen conjured up a fresh fruit platter as a nice alternative to sorbet which went perfectly with my other half’s refreshing French 86 virgin cocktail (£8), concocted from seedlip non-alcholic spirit, champagne and hibiscus syrup, lemon and mixed green. It was an interesting recipe and got better as you made your way down the glass.

100 Wardour Street certainly does pull out all the stops in terms of the cuisine, and the service was excellent throughout, attentive yet not overbearing.

This is a venue that deserves success, and if you are looking for a restaurant which has the added element of entertainment, and that surpasses your expectations on what you see at first glance, then this is certainly the place to be.

For more information, or to make a reservation at 100 Wardour Street in London, visit www.100wardourst.com.