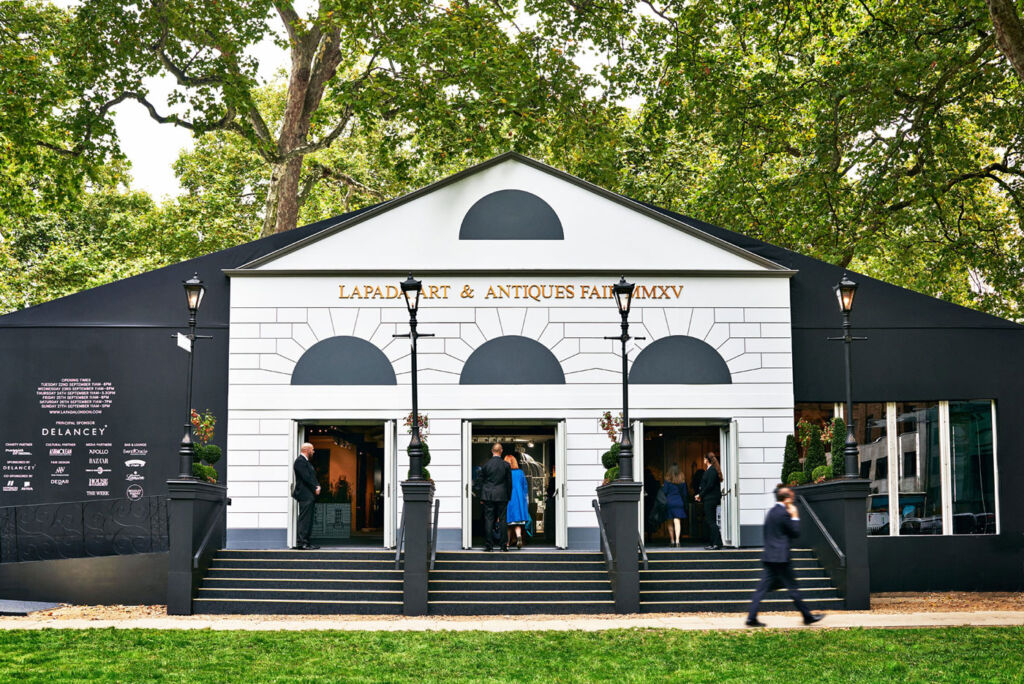 As the tenth edition of the LAPADA Art & Antiques Fair drew to a close, dealers across diverse categories reported strong sales and positive interest from a range of fresh collectors, with close to 20,000 visitors over the duration of the fair.

Killik & Co returned as the Principal Sponsor for this year, and the Berkeley Square pavilion looked as festive as ever thanks to florals by McQueens, celebrating the fair motif designed by Micha Weidman Studio was inspired by the song “A Nightingale Sang in Berkeley Square” by Vera Lynn. Flowers of dozens of Dutch still life paintings together with insects and other quirky details embedded the nightingale in a floral pattern arrangement throughout the fair. The colourful design draws direct inspiration from art and antiques as well as the song itself. The fair’s central Mayfair location was cited by exhibitors as key to securing new and returning clientele. Exhibitors pulled out all the stops with their inspired and unique stand designs, with those that sported relatively fresh and different looks, such as Holly Johnson, Boccara, Trinity House Paintings, J. Baptista and Lennox Cato, reporting particularly strong interest from attendees.

Sales were strong across the board, with notable sales in all categories including contemporary and fine art, jewellery, silver, furniture and objets d’art.

Rebecca Hossack Art Gallery detailed good sales, to clients mainly from China, USA and Dubai. While the fair’s attendees spanned the globe – hailing from the Middle East, United States, Japan, Canada, and China – the sale of British art was also on the increase, with Jenna Burlingham Fine Art and Beaux Arts London reported key sales. A large number of exhibitors reported sales to new clients. Tanya Baxter Contemporary , specialist in British contemporary art, showed a significant Freud – “Memory of London” – which will next appear in an exhibition at The National Gallery of Ireland, Dublin.

Silver specialist, I. Franks had a particularly strong fair, with 13 major sales from a mixture of international and British collectors, their largest sale during the JDRF charity evening.

This year’s charity evening took place on the 17th September and saw a stunning £250,000 raised for JDRF, a non-profit organisation which funds Type 1 diabetes research.

Jeroen Markies said it was the best fair he ever had; he sold something every day the fair was open – nearly all his furniture, and a pair of binoculars for over £ 22,000.

Anthea AG Antiques reported a good year, with strong sales at Thursday’s preview which continued through to the final day. Sam Loxton of Lucas Rarities mentioned sales were strong throughout the fair and that he felt it was the best LAPADA Fair yet, the atmosphere was exceptionally good with a better calibre of guests than in previous years. VKD Jewels commented they had particularly strong sales this year the best they have had with the private preview generating sales and strong interest from new collectors.

Established furniture dealer J. Rogers Antiques Ltd who was new to the fair this year commented that they were introduced to many new clients throughout the fair, selling something every day, with many people interested in coming back to purchase. Craig Carrington also mentioned he was happy with sales made to new clients, both British and international.

On the 13th September, the fair hosted VIPs and collectors to the Gusbourne Blanc de Blancs reception. Guests including actors Maureen Lipman and Francis Matthews, comedian Jennifer Saunders, David Linley and producer John Plowman immersed themselves in all the fair had to offer with reports of several purchases. During the week the Fair also welcomed HRH Princess Michael of Kent, footballing legend Sol Campbell, actor Clarke Peters, and tastemaker Stephen Bayley.

Freya Simms, Chief Executive of LAPADA the Association of Art & Antiques Dealers commented, “As my first LAPADA fair, I am blown away by the success of the event. Thanks to an incredibly hard-working team, we were able to deliver a well organised, well attended and stunning event. We are delighted that the Fair continued to be such a success again this year, with notably strong sales across the board and many exhibitors reporting a fresh audience.” 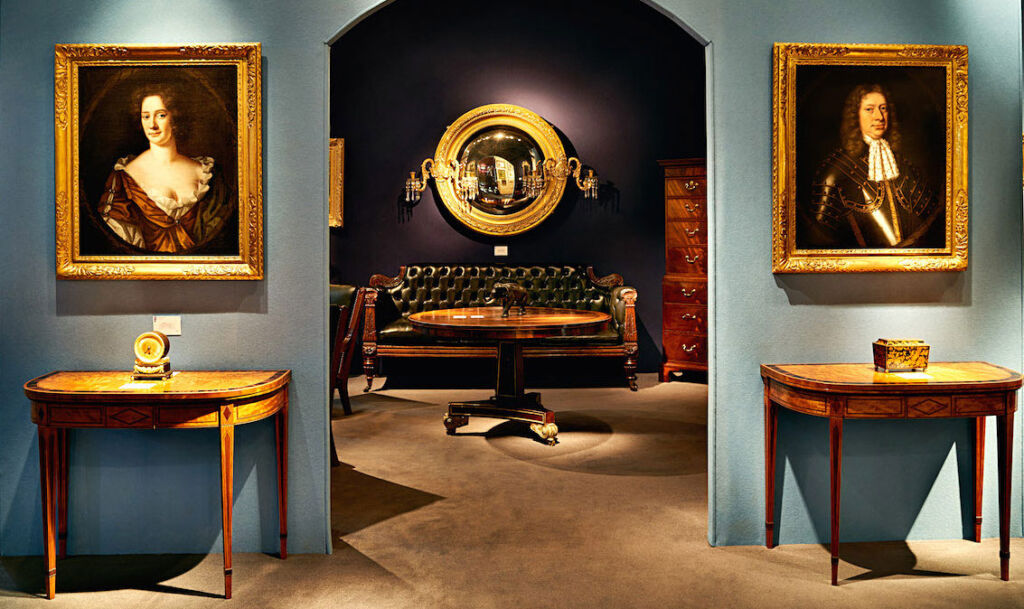