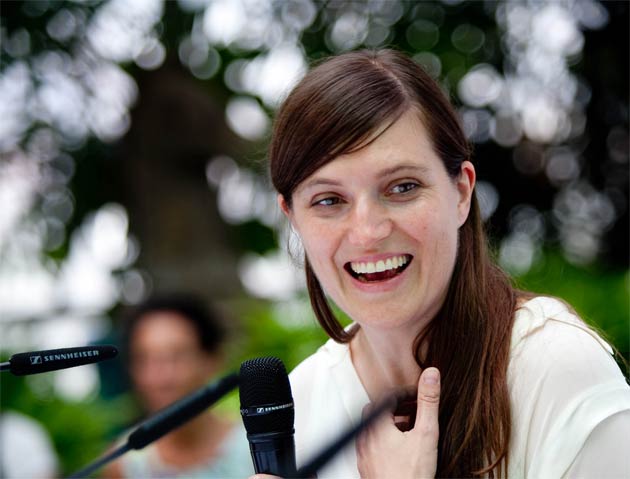 For the eleventh time, the MONTBLANC YOUNG DIRECTORS PROJECT took place at this year’s Salzburg Festival 2012.

MONTBLANC YOUNG DIRECTORS AWARD 2012 for the best director to Gisèle Vienne from France.

Statement of the Jury:
In her pieces Eternelle Idole and even more so in This Is How You Will Disappear, Gisèle Vienne does not evoke a time that we once knew, nor one that will ever exist. This director travels through her own universe, and it is very clearly a world of posterity: the dammed, the exiled, the undead of our popular culture tread their paths there; it is impossible to make contact because language has reached the end of its tether. In Vienne’s theatre, man is devoured by the spaces he thought he controlled. However, the manner in which he struggles and ultimately disappears is marked by great beauty. This beauty has convinced the jury to award this year’s Montblanc Young Directors Award to Gisèle Vienne.

Once again, the international cultural brand Montblanc has supported the entire theatre project. Revenue from the sales of a special edition for Salzburg, “Hommage à Max Reinhardt”, raised additional funds that were used for the presentation of a fifth production in 2012, the guest appearance of Hamlet Cantabile by the South Korean performance group TUIDA.

Sven-Eric Bechtolf, Director of Drama, invited three young stage directors from South Africa, Austria and France to enter this year’s competition. The nominees were: The South African director Zinzi Mhlongo and her ensemble Tick Tock Productions with the world premiere of Trapped, commissioned by the Salzburg Festival: in ten different sequences, Trapped tells of the desperate search for freedom of people who have fallen into traps – mostly of their own devising. Figures like The Diva, The Woman, Tata, Mr. Personality, The Soldiers, The Twins illustrate the stories of these “prisoners” and their futile attempts to escape. 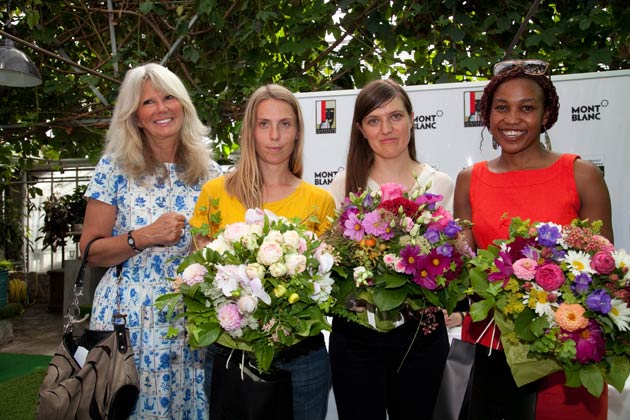 The Austrian company Theater Montagnes Russes and its director Cornelia Rainer with the world premiere of Jakob Michael Reinhold Lenz, commissioned by the Salzburg Festival. In desperation, the Sturm und Drang poet seeks repose for twenty days with the family of Pastor Oberlin at Steintal in the Alsace. An emotional roller-coaster ride ensues, and it is unclear whether the outsider has greater problems with the rigid society surrounding him or vice versa.

The French choreographer Gisèle Vienne, with two productions:
The focus of Éternelle Idole is on a young figure-skater, whose fragile beauty and innocence seems to evoke the spirit of a murdered Lolita, and her trainer. The young director examines the tension between the athlete’s vulnerability and the discipline she is subjected to – or which she subjects herself to. The performances took place at the Skating Rink at the Volksgarten. This is how you will disappear could be an exploration of nature, both one’s own and the one surrounding us. Archaic images and protagonists driven by mysterious motives are seen. Gisèle Vienne’s productions seem to be obsessed with death, sex and violence, creating a disturbing cosmos hovering between dream and reality. 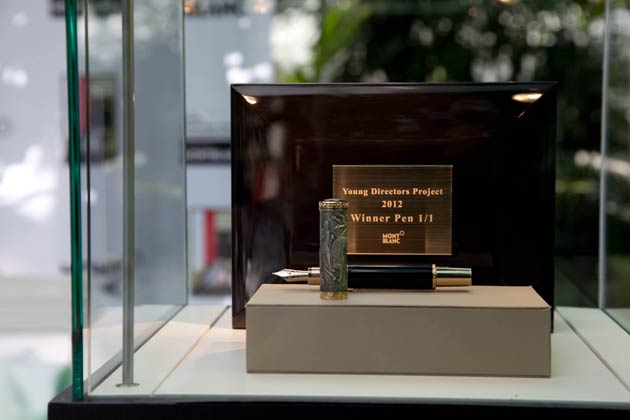