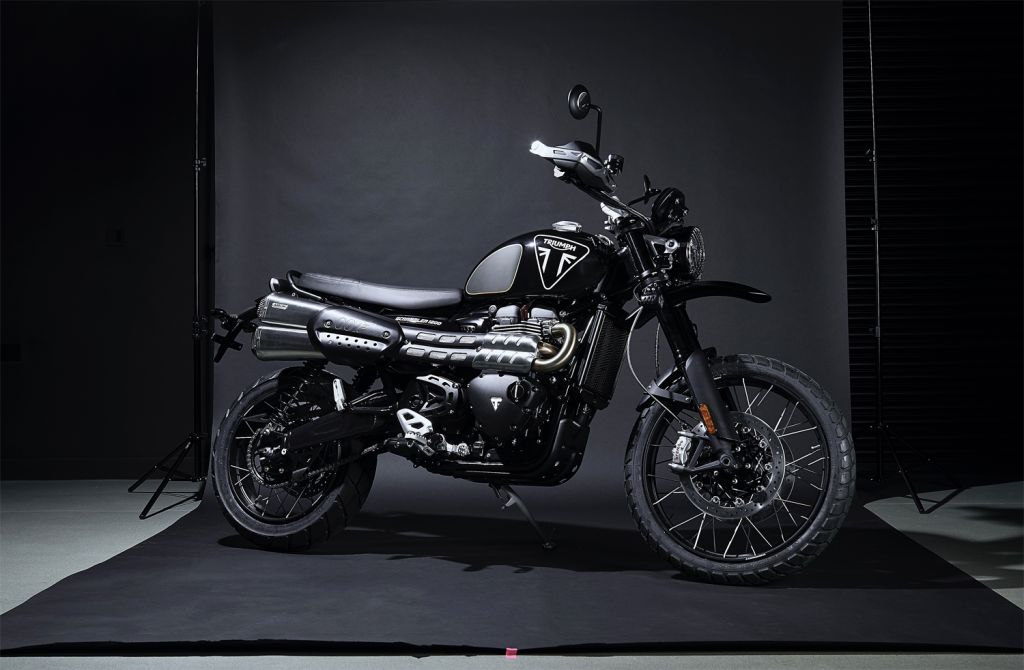 I am passionate about James Bond films and any connections to them. I have visited the Bond in Motion exhibition at Beaulieu and watched the movies repeatedly. So the announcement one of my favourite motorcycle firms Triumph is producing a limited edition, super rare version of their successful 1200 Scrambler, made my heart flutter.

The model is known as the 1200 Scrambler Bond Edition and strictly limited to 250 bikes. I am looking at my finances already; sadly, I already know I’ll need to save up for a little longer.

The Bond Franchise partnering with another British icon is excellent news. News first broke in December 2019, when Triumph bikes revealed they would be featuring in the forthcoming No Time To Die. The new movie is the 25th Bond film that and was due to launch in April. However, recent events around the world have caused the studio to re-think.

The world-famous 007 themes will be displayed proudly on the 250 bikes. These bikes are based on the motorcycles that will be seen in the No Time To Die.

The ‘Bond bikes’ are custom versions of the popular 1200 Scrambler and will carry all the features found on the XE model. And, the list of Bond design features on the Scrambler reads like a wish-list from Q.

The 1200 Scrambler Bond Edition has Premium 007 designed paintwork; a special number board sat on the exhaust and 007 brandings on lowered side panels. Even the seat was included with the 007 logo embossed on real leather. 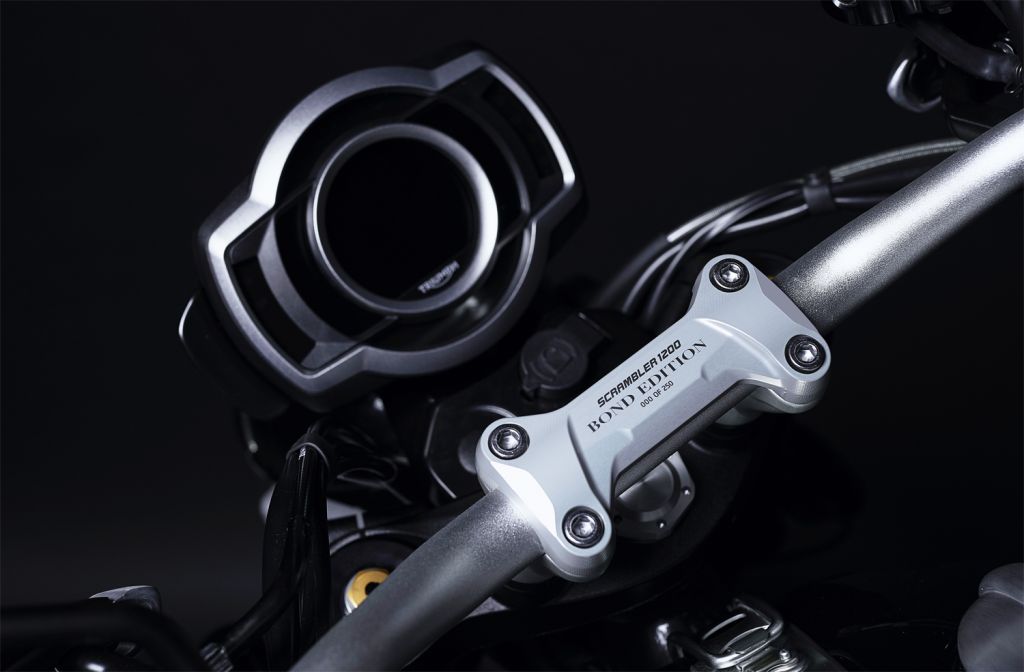 In addition to many more unique features, the bikes have a unique Bond TFT instrument startup screen. Fortunate owners of one of the bikes will receive a Bond handover pack, and each machine will have its own number.

As mentioned previously, the base bike is an XE, so it is already loaded with technology to match the exceptional performance.

Like all the new generation Bonnevilles, the Scrambler 1200 engine offers leading modern classic capability with ride-by-wire, as well as a sensitively incorporated liquid cooling system for enhanced performance and cleaner, more fuel-efficient riding.

On top of these five modes, this Scrambler 1200 also features the ‘Off-Road Pro’ mode, which delivers an off-road focused set up for advanced adventure riding and scrambling. This mode turns ABS and traction control off and uses the ‘Off-Road’ throttle map.

Triumph’s keyless ignition system comes as standard on the Scrambler 1200 Bond Edition. The system recognizes the proximity of the keyless fob and then enables ignition via the switch cube mounted start button.

There is also the ability to disable the key’s wireless transmission function at the touch of a button for even greater security.

In readiness for the colder-months, the Scrambler 1200 Bond Edition has heated grips which are neatly integrated with a button on the left-hand grip, providing greater rider comfort, with two modes.

It’s a beautiful looking machine, and with the added attraction of the 007 theme, it’s a motorcycle I will continue to dream of owning.

This article was written by Jeremy Webb. 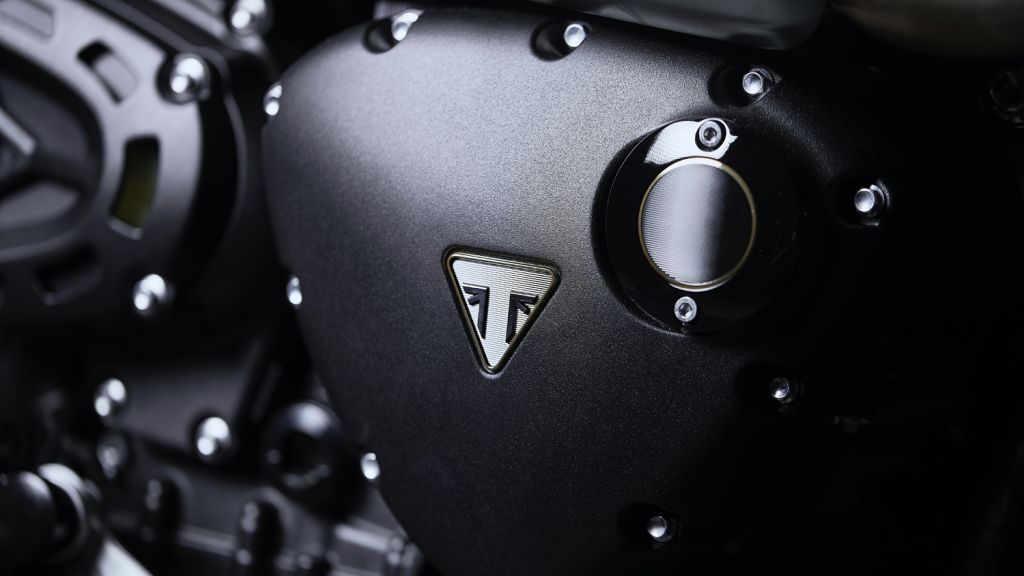 The new Scrambler 1200 Bond Edition is available to order in markets around the world from now and it comes with a sapphire black paint scheme based on the bikes used in No Time To Die.

No Time To Die will be in cinemas globally from November 2020 in the U.K. through Universal Pictures International and in the U.S through MGM via their United Artists Releasing banner.