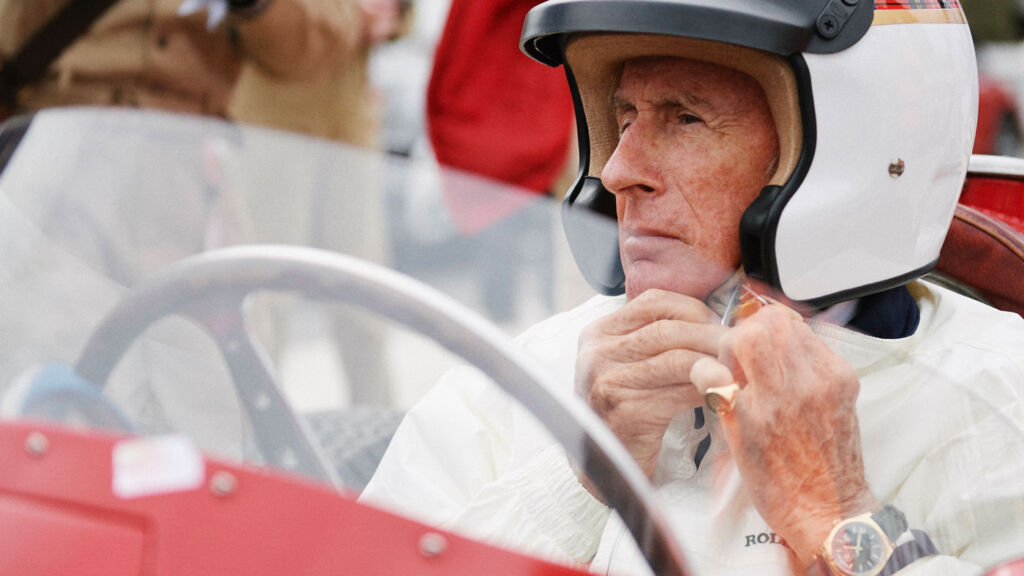 Luxury watch brands have been linked with the Goodwood Revival since 2004 and this year they’ll be helping celebrate twenty years of the Revival.

The Duke of Richmond has always been in love with motorsport, it is definitely in his blood as it was his Grandfather Freddy March who established the circuit at Goodwood on the site of an RAF airfield. The current Duke would watch the many races and famous drivers including Rolex Testimonee Sir Jackie Stewart speed around the track. He was very upset when the circuit closed in 1966, and dreamed even at the age of 12 that he would revive racing if he was ever in the position to do so. 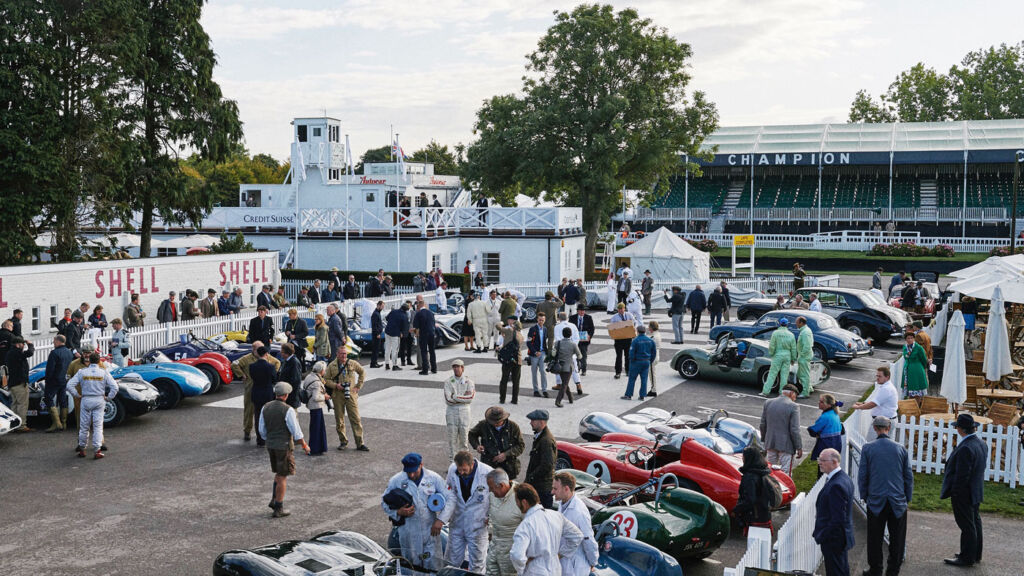 In 1998 that dream became reality with the first Revival which was by today’s standards a small gathering in September. It coincided with being fifty years from when the circuit first opened. The event has grown considerably with many more cars and public attending. Racing as always is very competitive even though some of the cars are valued in the millions of pounds.

Rolex have a haven amongst the intensity with their famous and much-enjoyed Drivers area. Each year this oasis takes on a theme which the company pride themselves on. 2013’s theme was sixty years since Sir Edmund Hilary’s conquering of Mt Everest, so a mountain base camp was recreated in the period of the time. The Duke has fond memories of this and it ranks amongst his favourites.

“ I am often told by some of the world’s most successful drivers that nowhere else do they enjoy such incredible hospitality at a race weekend and that is a great testimony to our partnership with Rolex.” The Duke of Richmond. 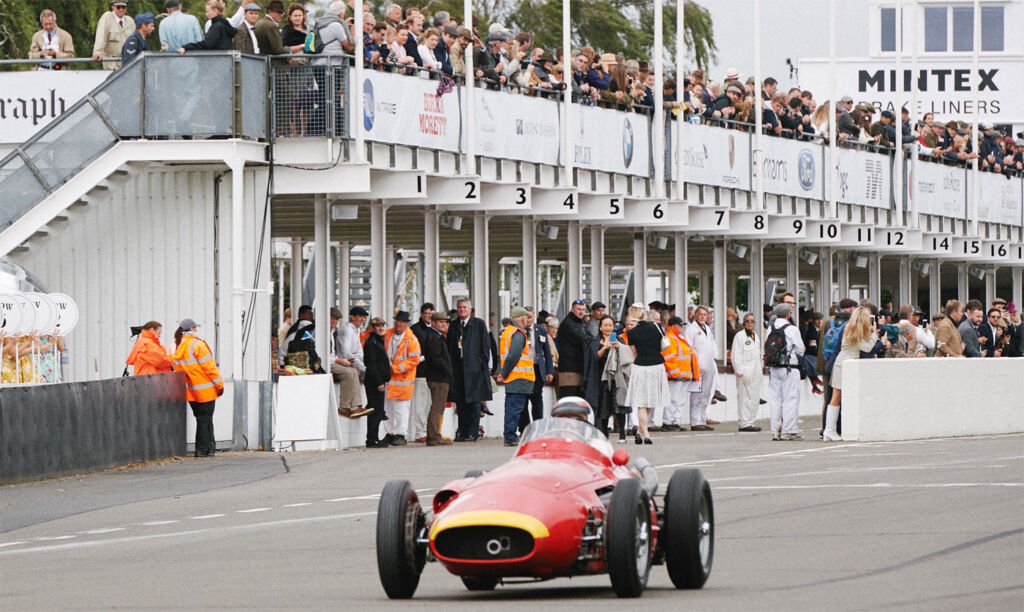 The Swiss watch company has a tradition of awarding the Rolex Driver of the Meeting, celebrating excellence at the event. The drivers, all determined to be first to the chequered flag, will be looking to catch the attention of the judges who decide the recipient. The award winner is announced by the Duke from the Race Control balcony during the prize-giving ceremony. They receive a stunning specially engraved Rolex Oyster Perpetual Datejust, originally introduced in 1945.  It is today still one of the world’s most recognisable and desired watches.

This year’s Revival takes place between Friday 7th to Sunday 9th September and will see over 150 thousand visitors. The majority will dress for the period of the 1950s as Goodwood Revival celebrates 70 years of racing at Silverstone and the first modern Grand Prix. 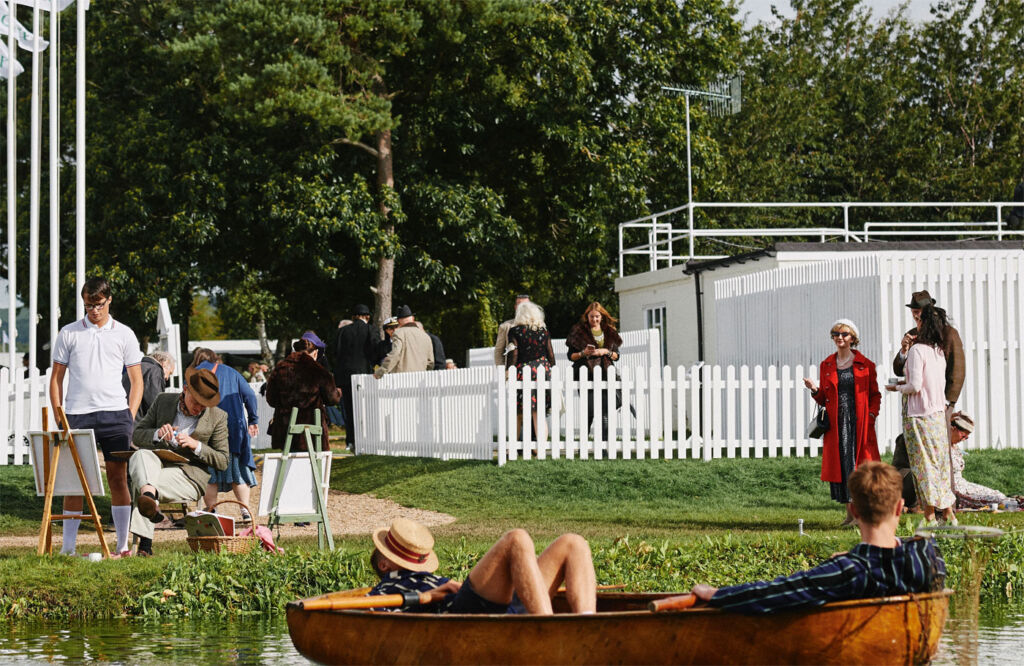 The 20th anniversary will feature themed pits, harking back to bygone days. Alongside the action-packed schedule of track activity and entertainment, the Duke hints there will be “unexpected surprises” to mark the occasion. He and his team are, however, keeping the key highlights under wraps: “All I can say is that the main focus will be on celebrating the 20th anniversary of the Revival – there will be lots of cars, bikes, drivers and riders to remind us of the most treasured moments of the last 20 years. We will put on a diverse field of cars and vary the racing, as we do each year, to keep it as fresh and exciting as we can.