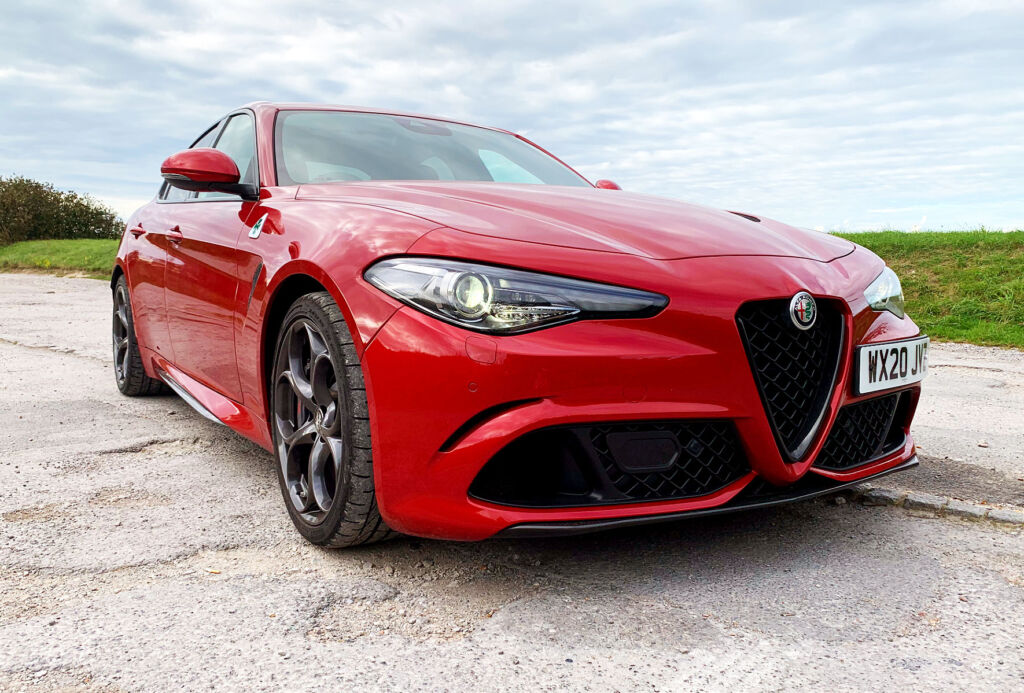 Overview
Here at Luxurious Magazine, we’re great fans of Alfa Romeo, a long-established automotive marque from Italy, which celebrated its 110th anniversary back in June. We road-tested the outgoing Stelvio Milano Edizione SUV on the roads of Devon last year and, the previous guise of the Giulia Quadrifoglio saloon equally left us impressed, so we couldn’t wait to get behind the wheel of this car for a second time.

Alfa’s latest Model Year 2020 (MY20) line-up, which has brought design, technological and safety upgrades to the range, was first announced in November 2019, with the new Quadrifoglio variants of the Stelvio SUV and Giulia formally unveiled only a few months ago in May. 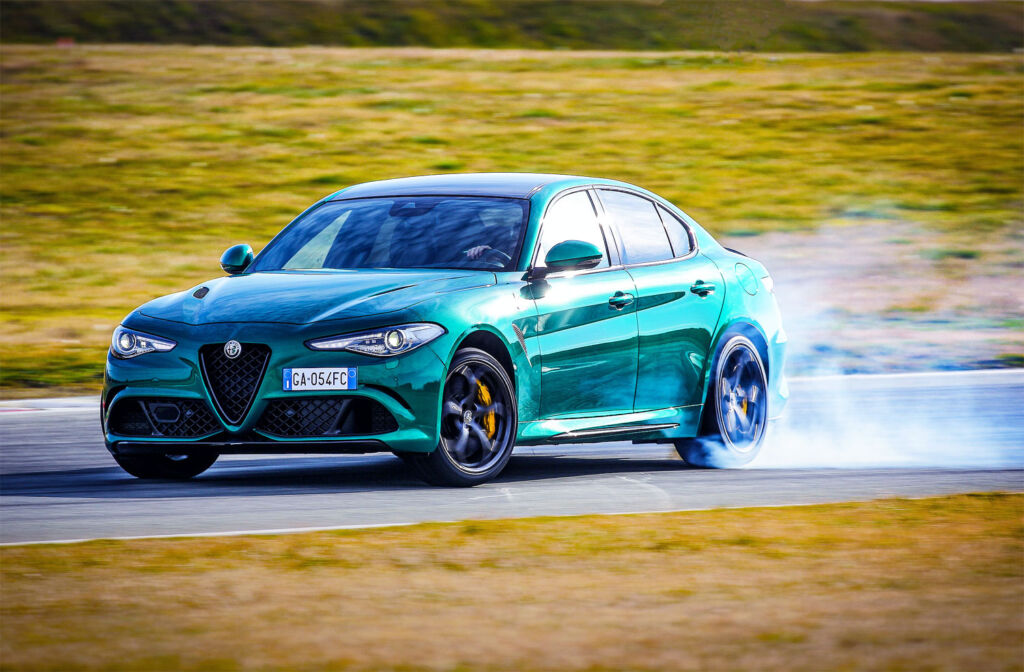 The highly-acclaimed five-door Alfa Romeo Giulia Quadrifoglio has been designed to offer supercar levels of performance, thanks to its lightweight all-aluminium 2.9-litre V6 bi-turbo engine that delivers 610 Nm of torque and 510 hp. To put this into some kind of perspective, this is about half the output of the power unit found in Alfa’s C39 Formula 1 machine driven by Kimi Räikkönen and Antonio Giovinazzi. 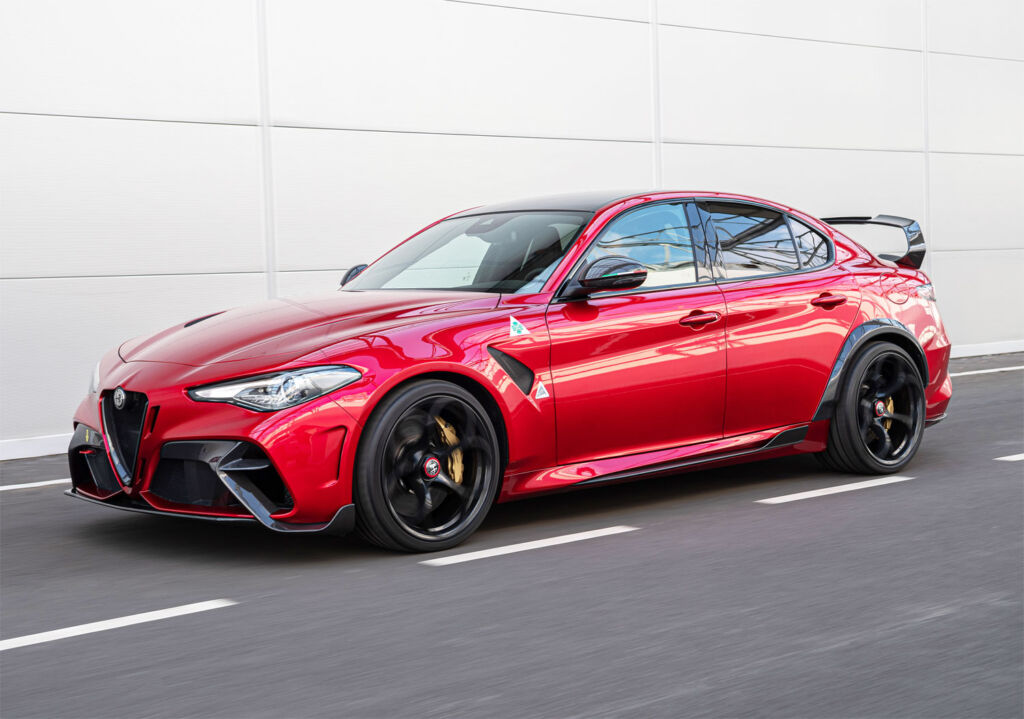 The Quadrifoglio isn’t actually Alfa Romeo’s most potent road car available, as it’s bettered by the limited edition Giulia GTA (above), which is based on the Quadrifoglio but brings around 30 more horsepower to the table.

The OTR price of the rear-wheel-drive Giulia Quadrifoglio starts from £67,195 before options, and the transmission is an eight-speed automatic gearbox, with no manual currently available. In addition, there’s no full or plug-in hybrid in the Quad line-up, so if you’re after a low CO2 eco option that will make you feel like you’ve been good to the environment on your travels, there isn’t one. 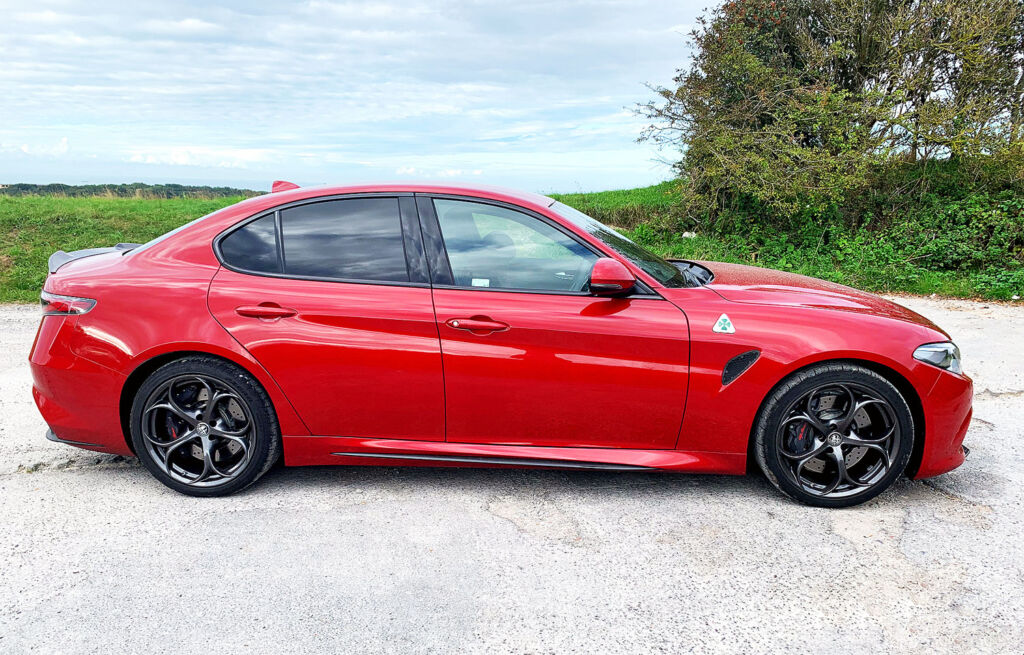 On the outside
Not much has really changed for the exterior with the updated Quadrifoglio, and we’re kind of pleased that the gorgeous styling hasn’t been tampered with. As you would expect from a car of this kind, this variant of the Giulia has a very muscular and aggressive persona, and it’s a beautiful, yet discrete design with plenty of Italian flair.

At the front, the pointed bi-xenon headlamps flank Alfa’s signature deep black V-shaped grille and the offset number plate, and for the 2020 line-up, there’s the option of speccing the car with Mopar accessories, which include a carbon fibre front end.

On to the side profile and, apart from the more aggressive styling, the only moniker that really gives away that this is a Quadrifoglio, and not a ‘standard’ Giulia, is the green and white four-leaf clover symbol sitting above the front wheel arches (‘Quadrifoglio’ is the Italian word for four-leaf clover). 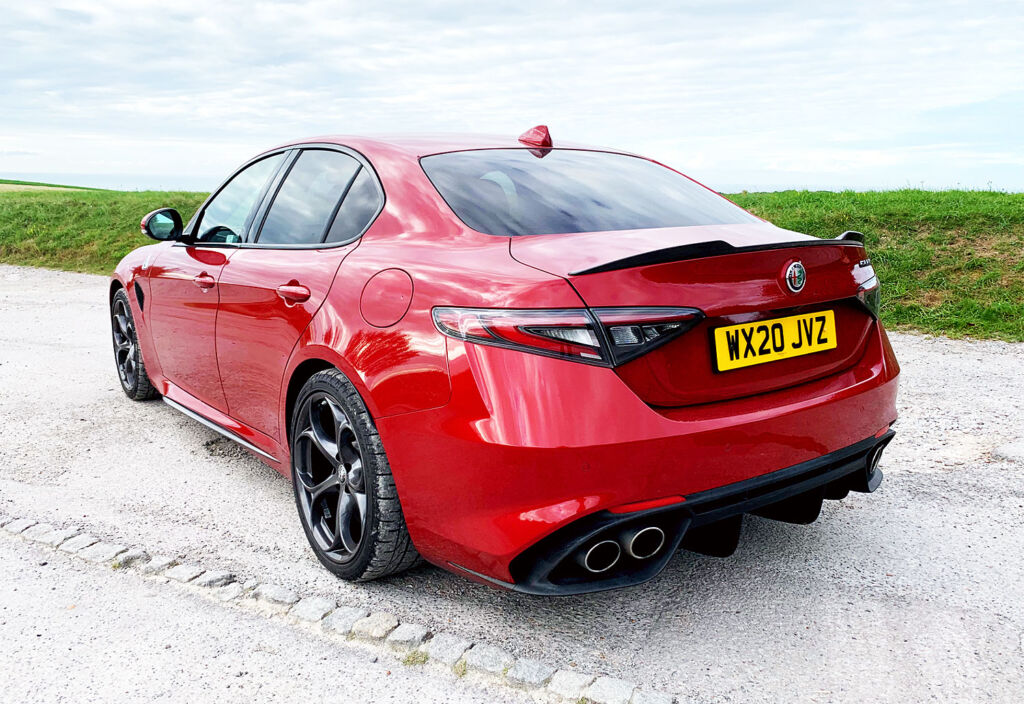 The rear windows are also tinted, another hint that this car means business and, hiding behind the door handles are small white lights which illuminate when hitting the unlock button on the rather bulbous key fob – a nice touch.

Dressed with grippy Pirelli Corsa tyres, the Quad sits on 19-inch wheels as standard, and our test car came with the striking all-black 19-inch dark five-hole alloys (a £695 extra), which incorporate clover-shaped cut-outs and a black and white Alfa badge.