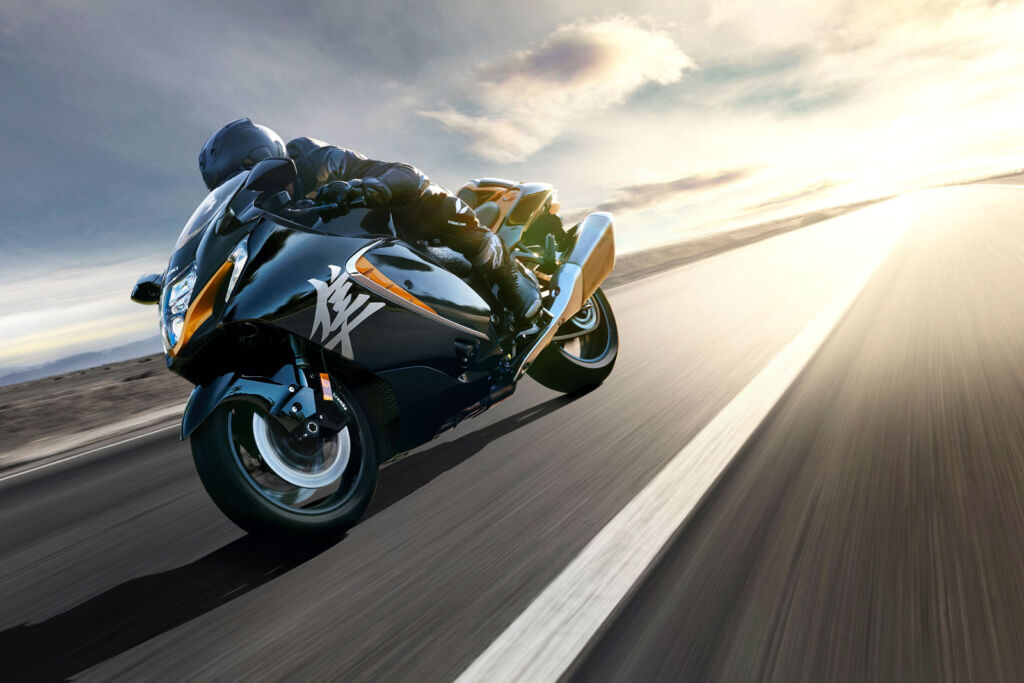 Suzuki’s out and out Superbike, which is held in such high esteem, has been updated and improved. Amongst Motorcyclists, the Hayabusa name is iconic. Jeremy Webb wanted to discover whether this legendary motorcycle is deserving of its almost mythical status.

I had just dropped off the Vespa GTS Super 300 I had been testing, so getting on the Hayabusa was a marked difference. I felt awkward; I was like a fat bloke sitting on a racehorse. My legs were cramped up, and I was uncomfortable, but everything changed as soon as I opened up the beast. My body took a natural position, and I felt at one with the bike.

The Hayabusa is a thoroughbred, a precision tool, and everything makes sense when riding it. It comes at a price, and at over £16k, it is not cheap, but wow, you get plenty of machine which will captivate you. 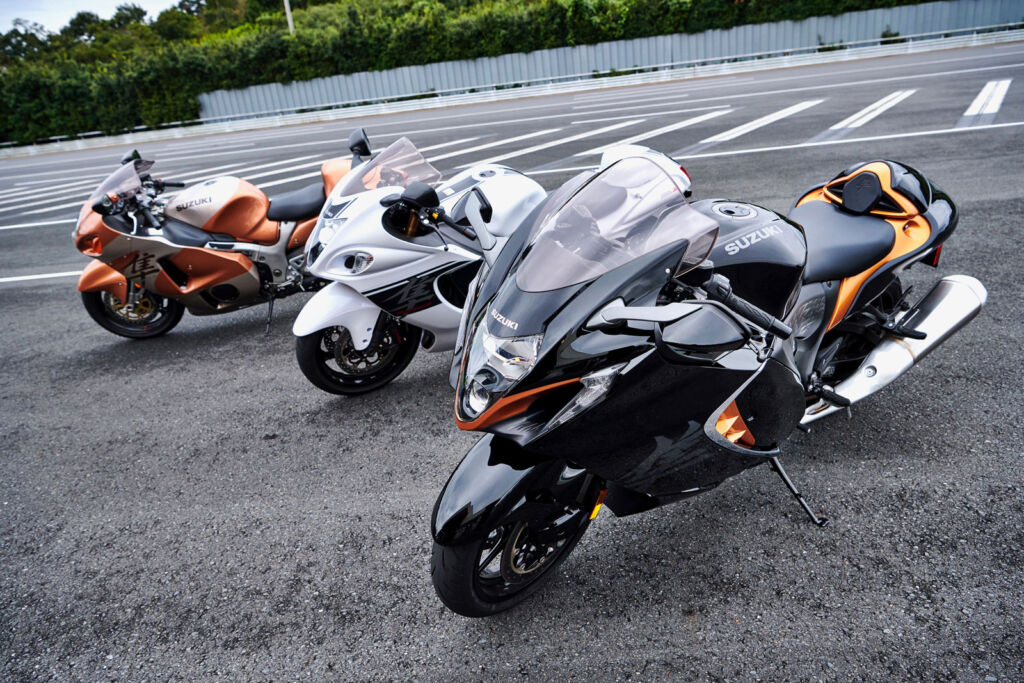 I would consider it an out and out Sportsbike producing staggering figures that would see it win every round in a game of Top Trumps. The 1340 cc engine gives you 190ps / 150NM with a warp like top speed of 186mph. Although the bike has a pretty sizeable 20l fuel tank, you can appreciate that at track speeds, you’ll be filling up quickly. But at National speed limits, you’ll get around 200 miles on a full tank.

A complete collection of electronic systems designed to optimise performance characteristics to match your riding needs and make the bike more predictable, enjoyable and controllable. The Hayabusa has the advanced version of the Suzuki Intelligent Ride System (SIRS) and a six-axis Inertial Measurement Unit (IMU).

Suzuki state that you can opt for settings that best suit riding conditions, road surfaces and your level of experience and confidence. Although you have all this technology to assist you, I can’t see this bike being bought by anyone who isn’t already an experienced and confident rider. It is not a machine you buy on a whim. 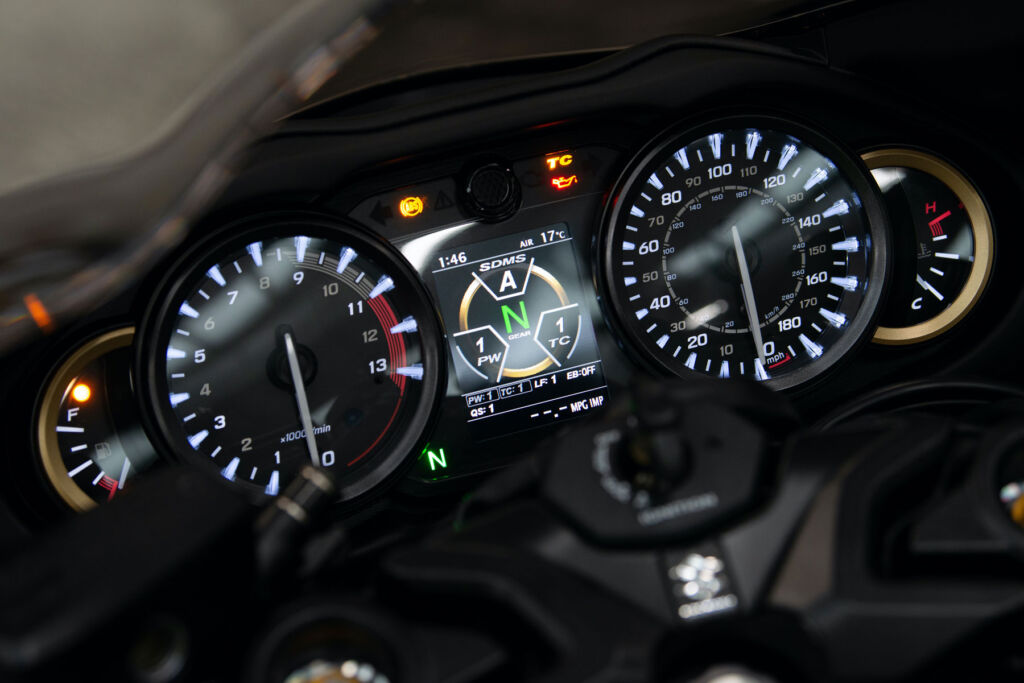 Although the bike has all you’d expect of a modern machine, Suzuki has kept some old-style charm within the superb display area. The look of the Hayabusa is iconic, and the bike’s clocks are integral to this.

A colour TFT screen has two large dials flanking it. An analogue tachometer and speedometer get a new look with bolder and larger numbering that improves ease of reading. Raised scale markings around the periphery of each meter use LED lighting to provide a clearer view and faster recognition.

A motorcycle is nothing without excellent handling, allowing you to maximise performance. Suzuki has worked on the aerodynamics of the Hayabusa, giving it exceptional high-speed stability combined with agility. When static, the Hayabusa is heavy but get moving, and it feels light and well balanced; it is easily manoeuvred at low speed and high. 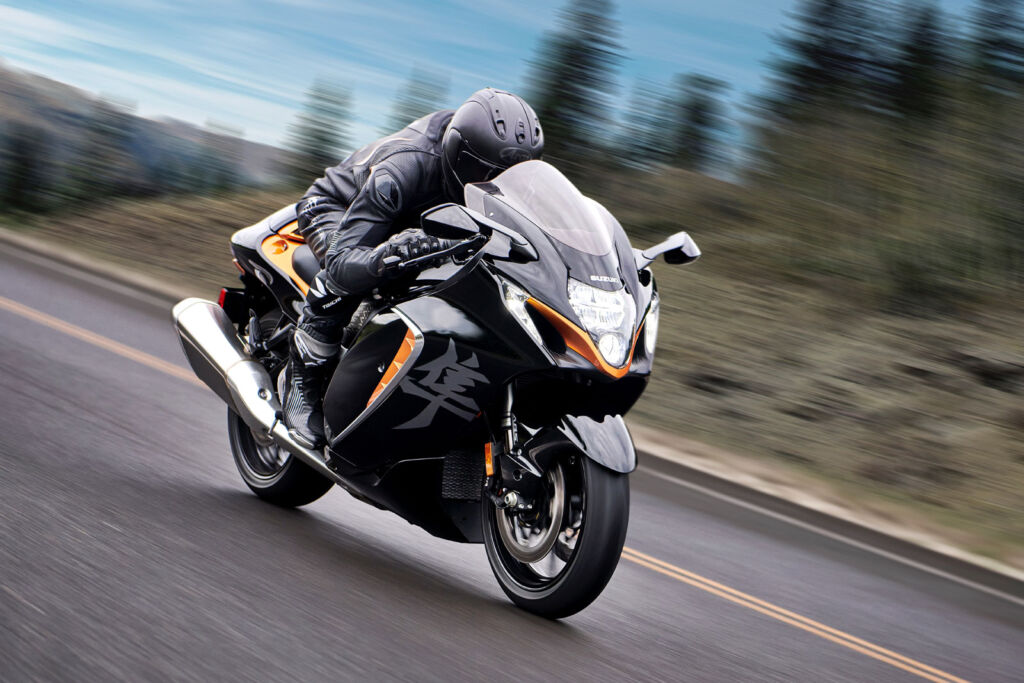 The riding position has improved due to Suzuki bringing the handlebars closer to you by 12mm. This allows you to sit upright without reaching over the tank, taking the strain off the wrists and back. I was able to ride for a couple of hours at a time with no ill effects on my old bones.

Using the horse analogues again, I now require a bike like a shire horse, not one like the lean and mean Hayabusa. However, now and then, I want to gallop. So I would not own a Hayabusa, but I will jump on one when given the opportunity to ride one. And I hope that is often.

Hayabusa – Where and How?

The Hayabusa is available at £16,499. The list of technology you get on the Hayabusa is vast, so here are a few of the main features to whet your appetite: 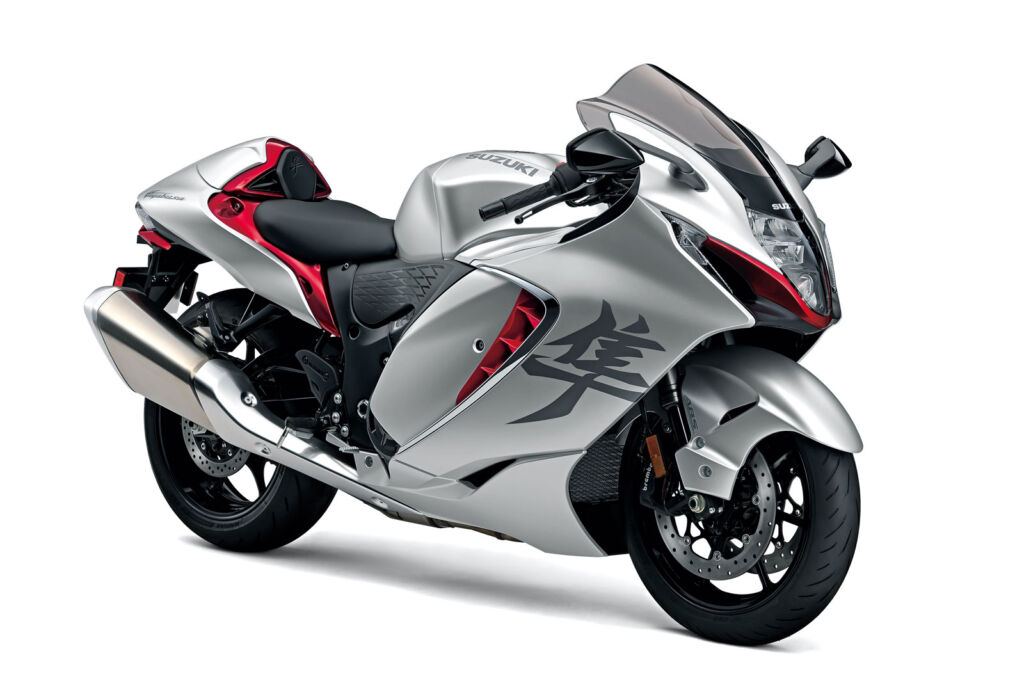 Thank you to Dearden Motorcycles for providing the Hayabusa.