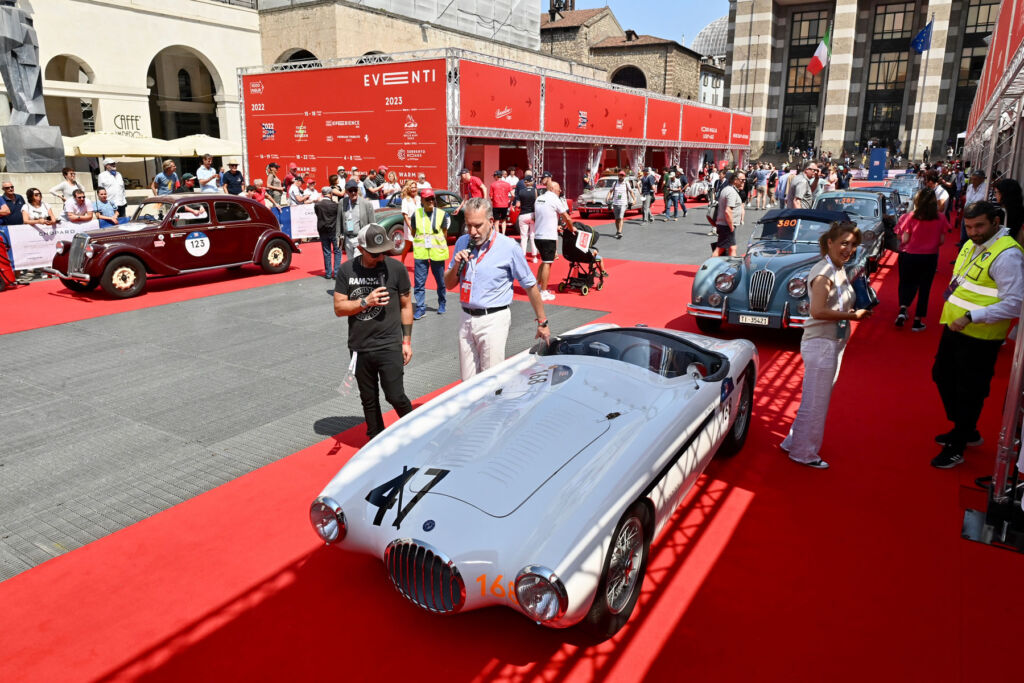 The day before the engine roaring start of the 1000 Miglia is always a historic day. This morning, people at the Piazza Della Vittoria attendees were treated to one of the race’s traditional rituals, the Sealing Ceremony.

The 1000 Miglia has been thrilling car fans and drivers for nigh-on a century. The race is known as the most beautiful race in the world, thanks in no small part to the incredible line-up of cars that take part and the astonishing scenery they drive through. This year is the race’s 40th re-enactment and takes place from the 15th to the 18th of June, and this morning witnessed one of the most important traditional rituals being performed; the sealing ceremony. 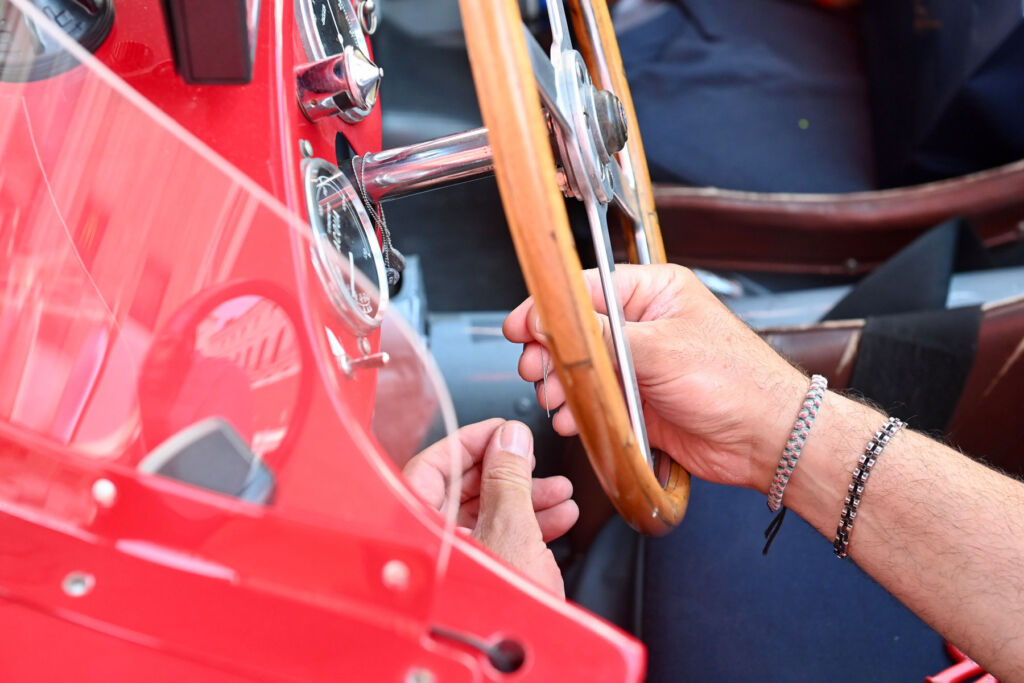 At 10:00 am. in the centre of the Village in Piazza Della Vittoria, the cars paraded for the application of the seal that signifies the closure of the scrutineering operations and certifies that the race can be started. During the past couple of years, the involvement of the public has been lower than usual for obvious reasons. However, this year should be an entirely different matter, and the organisers are expecting large crowds now that life has returned to some semblance of normality.

One of the guest standouts at today’s sealing ceremony was Prezzemolo, the mascot of Gardaland, who enthusiastically supported and encouraged the cars and their drivers as they paraded, alongside a Dixie Band who was there to increase the fun and excitement. Tomorrow, Prezzemolo will be present on the Viale Venezia platform, where he will be cheering the departure of the first car and has the honour of starting “the most beautiful race in the world”.

Like the previous runnings of the race, this year will see the addition of alternative-fuel cars, and they will be racing under the 1000 Miglia Green. This year’s race will also be an opportunity to give back. One of the entries is a very special pink coloured car which is on behalf of the IEO-MONZINO Foundation. The cars team are taking part to help raise awareness and funds to support the research undertaken bu the IEO Women’s Cancer Centre, which is the first centre in Italy that is dedicated to finding a cure.

This year’s race also signifies a first. It will be the first time in the race’s history that mayors will be participating. Emilio Del Bono and Giorgio Gori, the Mayors of Brescia and Bergamo will be driving part of the route in a Mercedes-Benz SL AMG GLE 53 to promote the Brescia-Bergamo Capital of Culture 2023 initiative.

Tomorrow at 11:00 will see the closing of the sealing ceremony, and some special guests will join in with the celebration; among them will be legendary driver Jacky Ickx, the actor Giorgio Pasotti and cyclist Sonny Colbrelli, the winner of the Paris-Roubaix race in 2021.

You can keep up to date with the latest news from the 1000 Miglia on their website, https://1000miglia.it/.