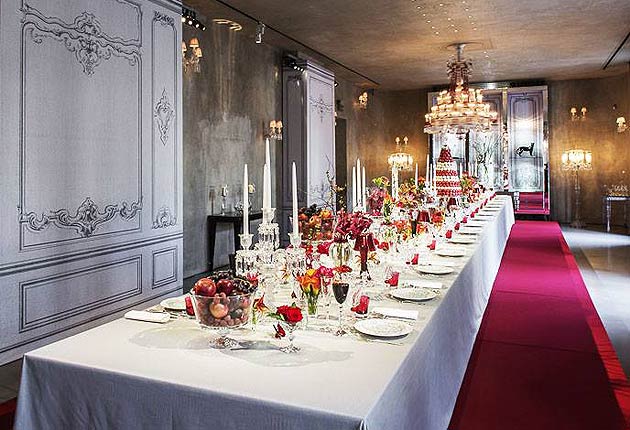 To celebrate its 250th anniversary, Baccarat is hosting a special exhibition, “Baccarat: Les 250 ans” at Maison Baccarat’s Museum-Gallery in Paris.

Aretrospective showcasing some 250 masterpieces that have become legends in over 250 years of history, culture, savoir-faire and unforgettable moments. 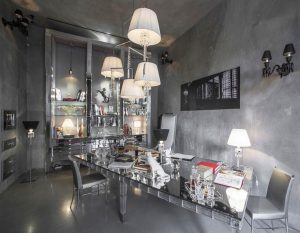 Since 1764 Baccarat has written the chapters of its remarkable history in sparkling letters. Founded in Lorraine, by permission of King Louis XV, the world’s most famous Crystalworks has, over the ages, become a symbol of superb craftsmanship and French art de vivre. The name Baccarat reverberates like an echo of outstanding pieces, extraordinary places and unforgettable parties. The large decorated table at the entrance to the exhibition is a testament to this history, displaying some of the most prestigious creations commissioned by the world’s most prominent figures.

The visit is divided into specific themes, which tell the story of this legendary house.

The iconic Harcourt The perfect expression of Baccarat savoir-faire, the Harcourt glass saw the light in 1841 when King Louis Philippe of France ordered a ceremonial chalice engraved with his monogram. A legend was born. This icon of excellence and elegance was also prized by Napoleon III, Pope John Paul II, the Queen of Siam and the King of Morocco, to name but a few, whose prestigious tables were adorned with the Harcourt stemware, transforming each moment into an unforgettable experience. This timeless object of desire and infinite source of inspiration has been revisited over the years. With its perfect shape, it transforms every event into an elegant and refined celebration. It is eclectic in its adaptability to any taste and style as reflected by its long history. 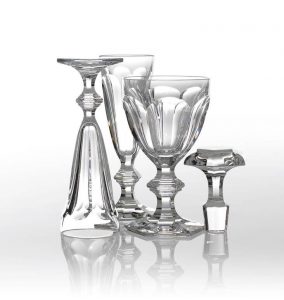 “Le rouge à l’or” The vivid golden red colour, symbol of Baccarat, is obtained by the magical fusion of clear crystal and 24-carat gold, which gives the substance its incandescent vermilion quality. Baccarat’s red crystal sparkles with the glow of a thousand flames, in a cameo of colours ranging from true pink to vivid red, which flicker with consummate craftsmanship and passion for perfection. It finds its ultimate expression in ruby red, which can be seen in the pair of majestic “Simon” vases designed especially for the Paris Universal Exhibition in 1867.

Myriad colours In 1839, the Crystalworks made history with the production of a range of coloured pieces in a palette of shades that would never cease to expand over time. Baccarat’s consummate command of coloured inlay crystal also marks a turning point in its history. The technique, which is still in use today, would later be applied to highly intricate pieces, such as Ettore Sottsass’s sublime creations on display here. The crystal bursts into a dazzling kaleidoscope, an explosion of colour, the hallmark of an unlimited chromatic scale.

Excellence & know-how / At the forefront of perfection Baccarat’s designs immortalise both the excellence and elegance of its craftsmanship. This know-how is at the forefront of progress, handed down over the centuries by elite craftsmen and the symbol of an incomparable heritage. Inspired by alchemists’ elemental secrets, glassblowers, cutters, engravers and gilders put their peerless talent to the service of perfection. Each timeless work of art takes us on an exciting journey through light and creativity. Each carafe, glass, vase, flacon, every chandelier embodies an ultimate promise, an experience to be lived and first and foremost shared.