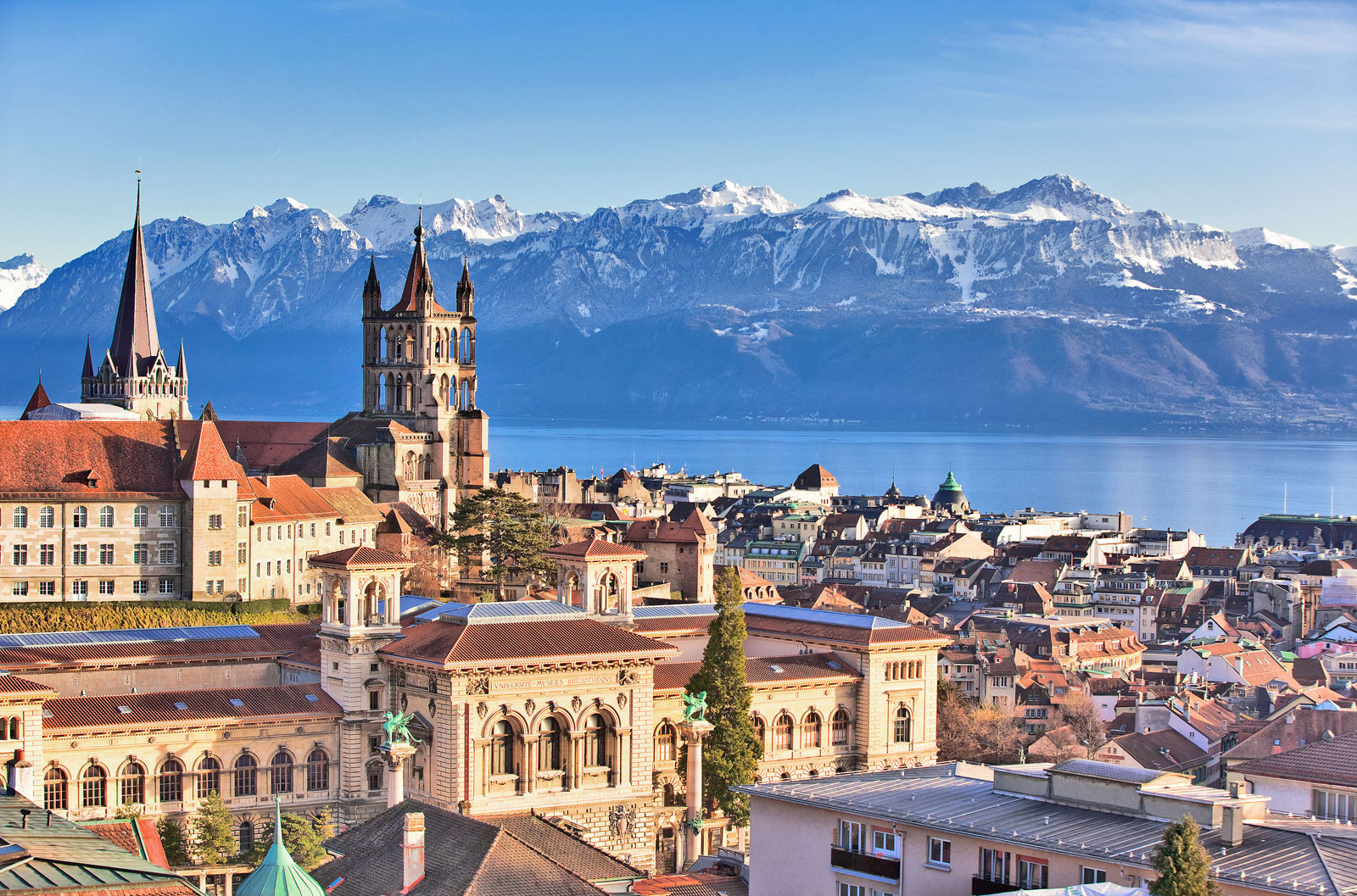 Wine tasting, boat rides, Swiss cuisine, markets and a luxury hotel are on the menu for Gina Baksa during her weekend in Lausanne on the shores of Lake Geneva

Lausanne, the capital of the French-speaking canton of Vaud boasts an unbeatable location on Lake Geneva with breath-taking views across to Evian and the French Alps France. Only 50 minutes from Geneva airport by train, this historic and cultured city has much to offer visitors.

Leave London in the morning and by midday – thanks to British Airways – you’ll be at your hotel. I was staying at the superb 5-star Hôtel Royal Savoy Lausanne, which has just completed an impressive SFr100 million refurbishment. Its location – minutes from Délices metro – means you’re only a couple stops from the lakeside at Ouchy and only a few stops from the medieval Cathedral Quarter. 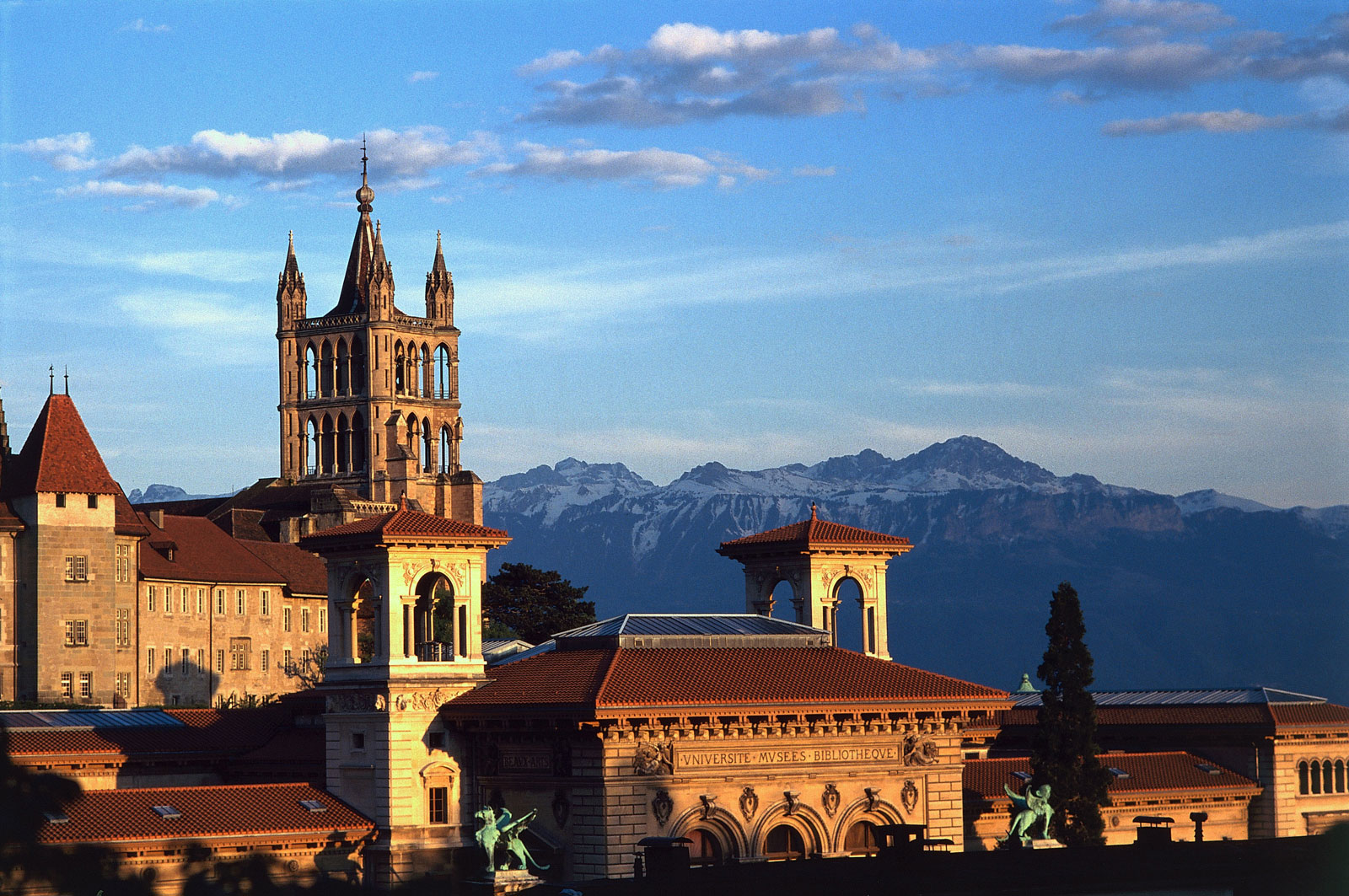 I’m in time to meet up with friends for lunch at the neighbouring Le Côté Terrasse restaurant (at the Hôtel Carlton Lausanne; carltonlausanne.com) for lunch. It’s a hot day so the shady tree-filled terrace is the perfect accompaniment to the brasserie-style menu of local loup de mer (sea bass) and a chilled bottle of Chasselas – the region’s favourite white wine. 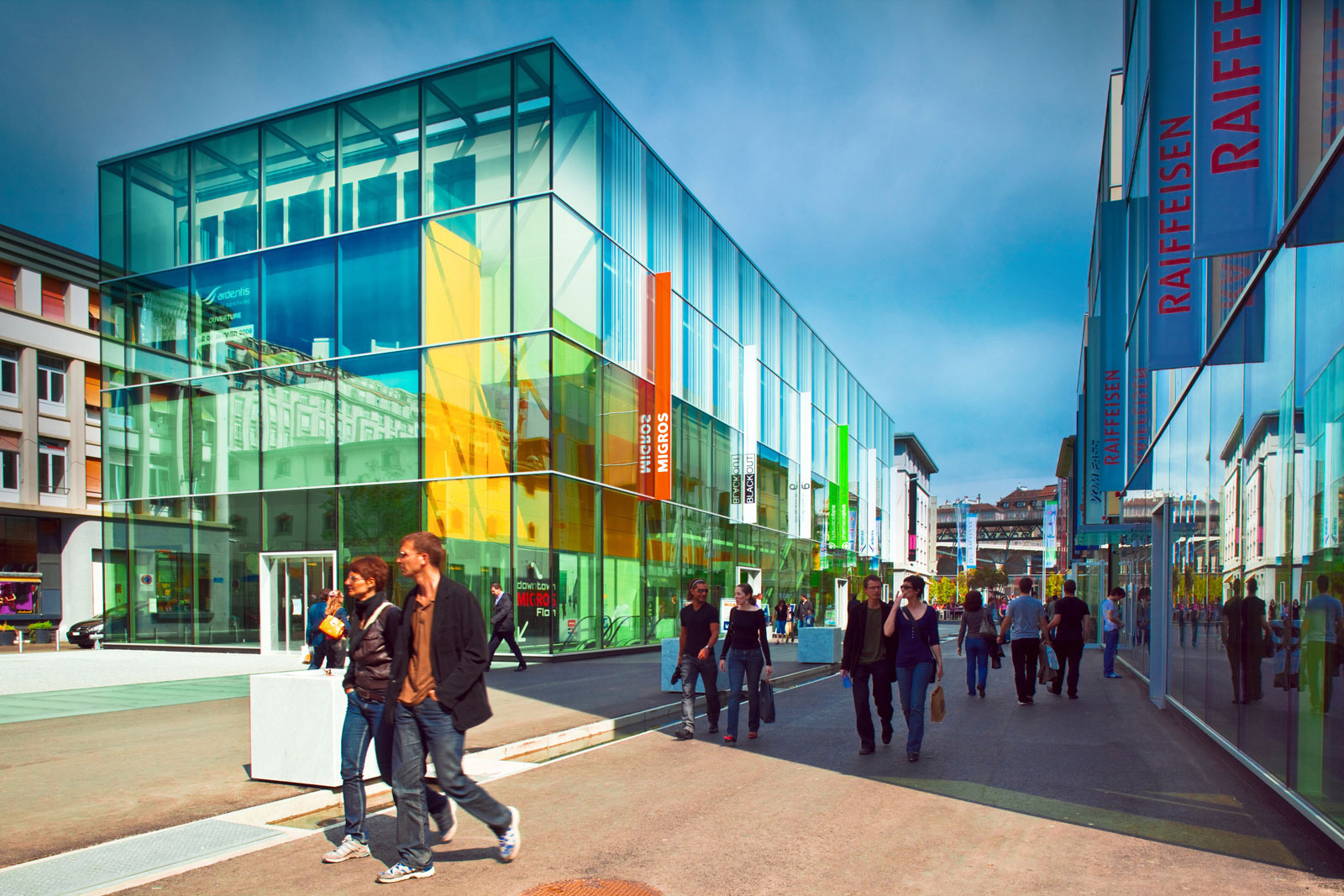 After checking in at the Royal Savoy, I decide to walk off lunch on a two-hour guided tour of Lausanne – from the medieval Cité via trendy Flon with its bars and cafés, down to the lakeside at Ouchy. Lausanne is built on three hills and is very steep in places, so I recommend using the M1 metro line (linking Ouchy to the northern suburbs). The Cité is home to the beautiful Gothic Cathedral and has stunning views from the esplanade across the city to Lake Geneva and the French Alps. Château Saint-Maire and the Museum of Contemporary Design and Applied Arts (MUDAC) are also in this area. Each evening a night watch calls out the hours between 10pm and 2am from the top of the cathedral’s belfry. A lovely 600-year-old tradition but perhaps not the best place to stay if you’re a light sleeper! 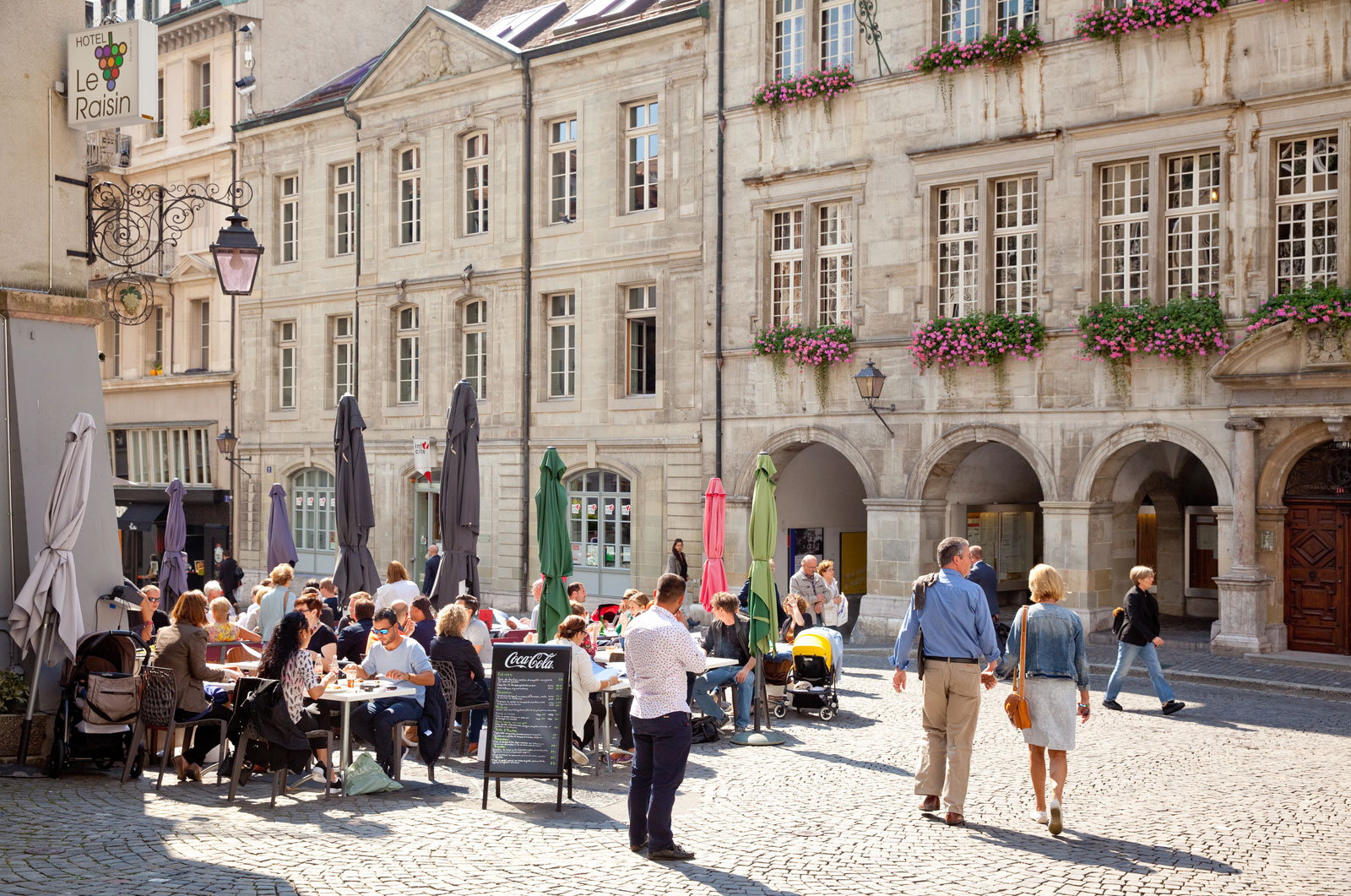 Cathedral Quarter
Old Lausanne is charming: cobbled winding streets, funky cafes and independent shops make it a fascinating place to window shop, buy souvenirs, grab a coffee and watch the world go by. Stop at Le Barbare for its renowned hot chocolate. This 16th-century row of narrow houses is on the remarkable Escaliers du Marché – a covered medieval walkway linking the upper and lower areas of le Cité. As well as hot drinks you can grab hot dishes here – sustenance for the walk down towards the Place de la Palud (Hôtel de Ville), Place St François (Eglise St-François) and Place de la Riponne (Palais de Rumine). The 9th-century Place de la Palud is the old merchants’ quarter and there’s a fresh food market here and in the neighbouring streets each Saturday and Wednesday morning. 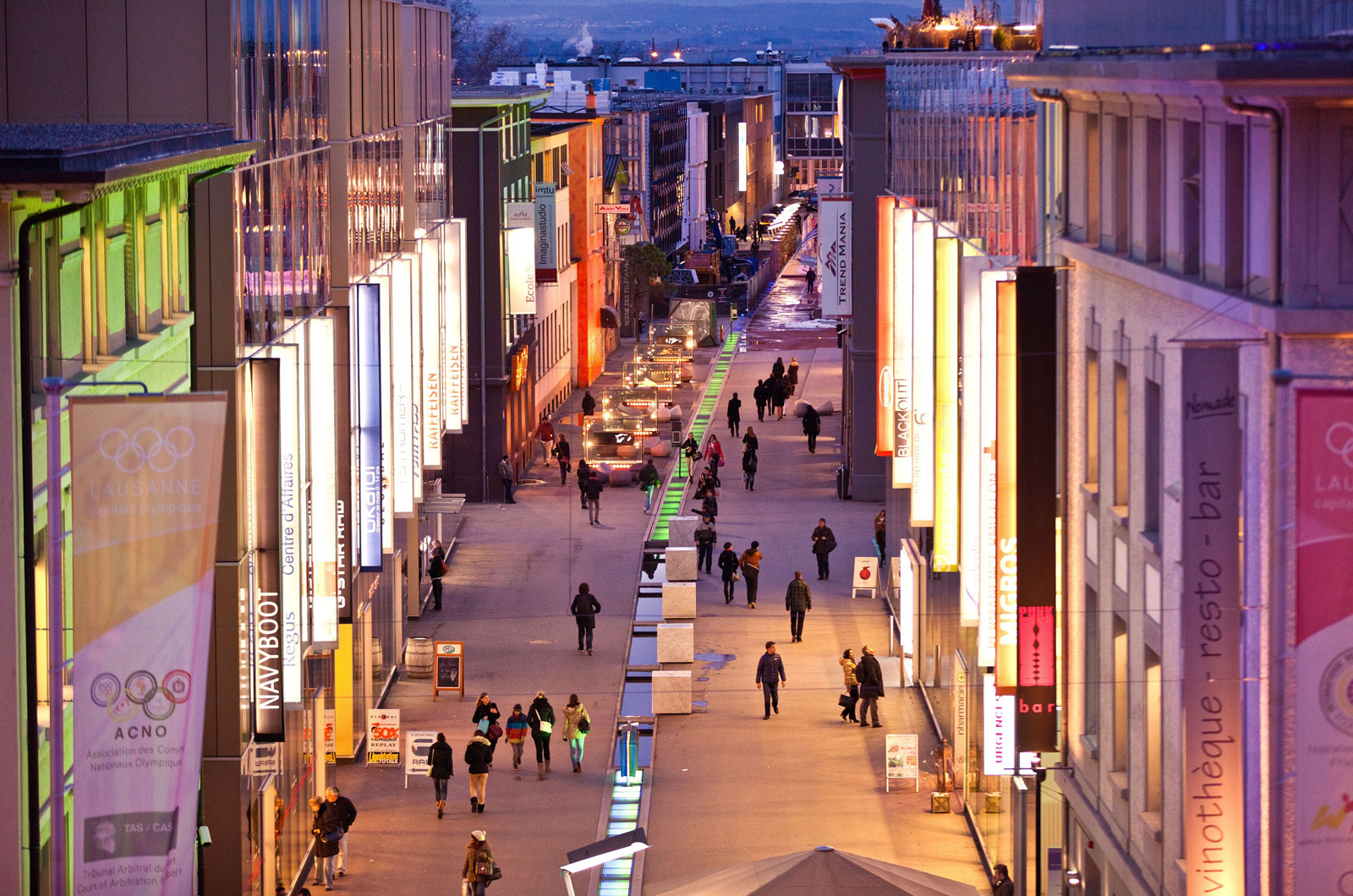 Walking down into Flon you’ll see the regeneration of Lausanne’s once-industrial district. Former warehouses are now home to funky coffee shops, retail outlets, restaurants, galleries and clubs, including the famous MAD club. Trendy restaurants have taken up home in the arches under the bridge on Rue du Grand-Point and there’s a fascinating mix of architectural styles in Flon with flagship buildings including Les Pépienières and L’Arbre. This bustling mainly pedestrian quarter is a popular hangout day and night with a distinct artistic and creative vibe.

As you meander downhill, you’ll reach the Sous Gare district and the perfect pitstop at Café de Grancy (cafedegrancy.ch) just behind the main railway station. It’s open seven days a week and a popular brunch venue for residents and tourists. Service is friendly and unpretentious and they have a great selection of craft beers and local wines. The nearby Ta Cave bistro (tacave.ch), the first crowdfunded bar in Switzerland, also has a good wine list alongside superb charcuterie and cheese plates. 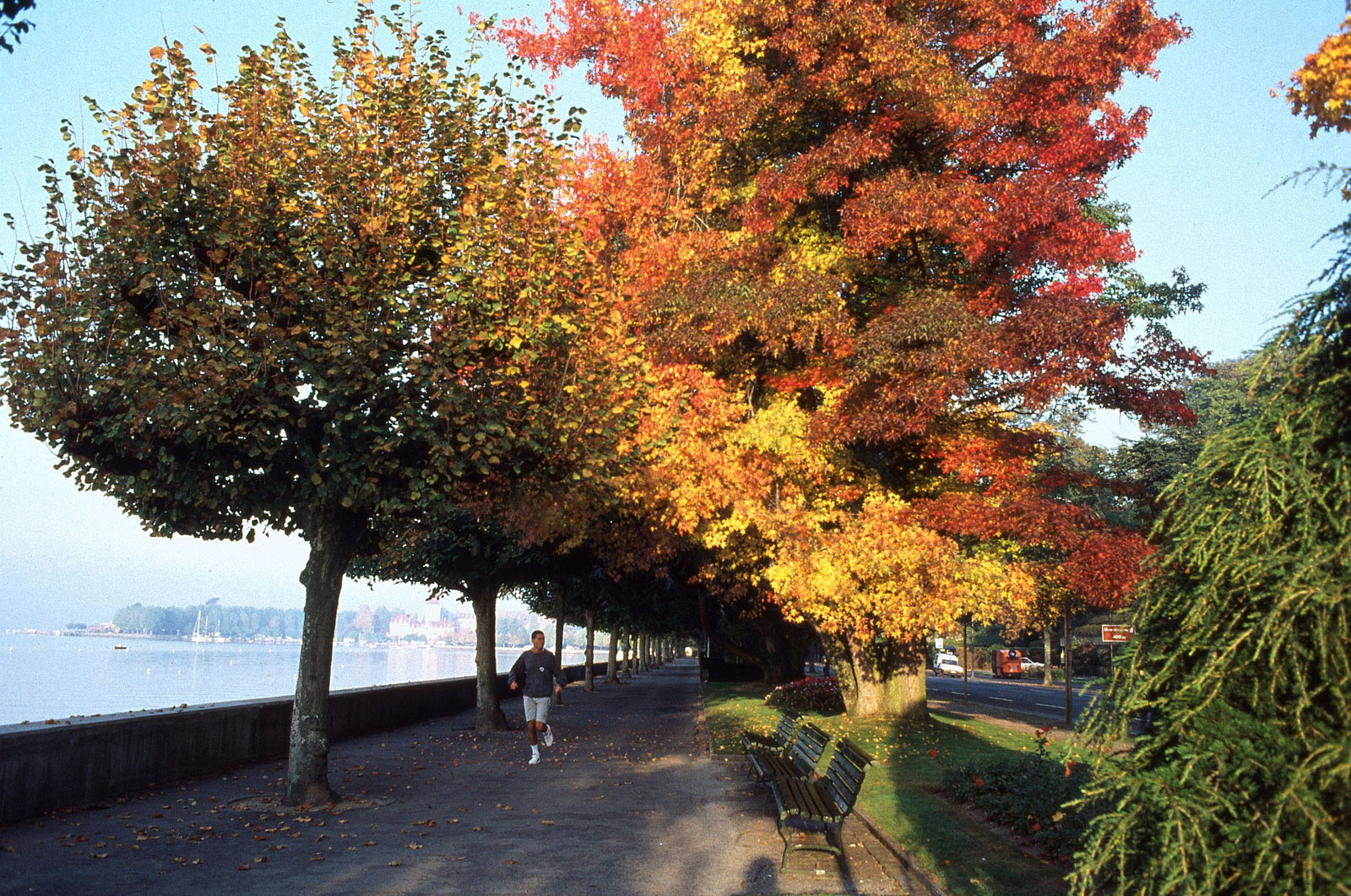