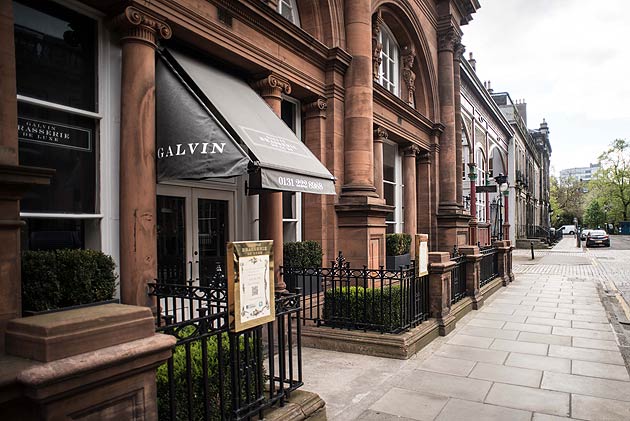 French cuisine has always held a strong place on the scale of gastronomy because the French people are known to prize good food. The Galvin Brasserie De Luxe in Edinburgh’s prestigious West End is a French bistro and is inspired by the country’s’ traditional urban design, spanning from its décor through to its high quality dishes food which are presented in luxurious surroundings.

Galvin Restaurants is a family run collection of French eateries founded in 2005 by the Michelin-starred chef brothers Chris and Jeff Galvin. Each of the seven venues are unique and seeks to appeal to those looking for fine dining, business dinners, relaxed family-friendly lunches, as well as private functions. 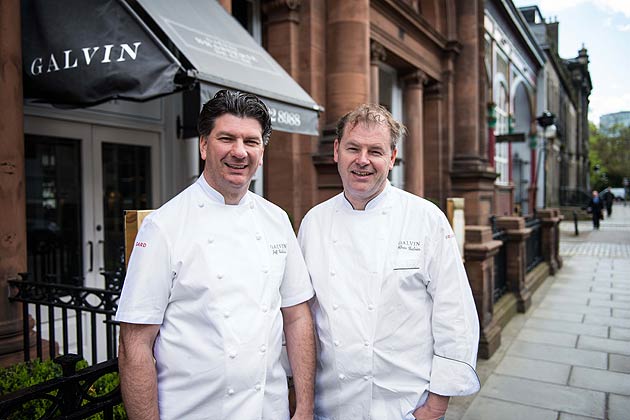 Galvin Brasserie de Luxe is located on the ground floor of The Caledonian, A Waldorf Astoria Hotel which has direct access from the street. The bistro can be described as one reminiscent of that which can be found in the French Capital. Highly polished surfaces, ceramic tiles, archetypal lighting and reflecting mirrors make up the Parisian style theme of this eatery. The horseshoe-shaped bar is at the epicentre of the dining area which is a great place to start the evening with an aperitif or indeed if you’re having lunch, an ideal place to dine.

Along with Entrées, (starters) Plats Principaux (mains) and Plats D’Accompagnement, (sides) a separate menu of Crustacea is available. It offers many a shelled sea creature including Grilled Langoustines, Whole Brown Crab and Loch Ceran Oysters. The prices start from £13.50, and can either be an addition to the meal or a replacement for the starter. 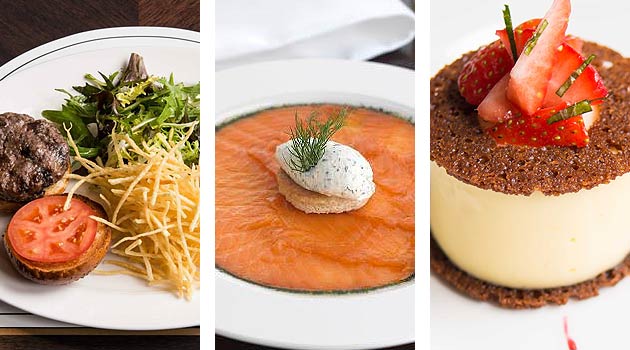 There is plenty of choice of meats to be found on both the starter and main menus as well as fish. But the more adventurous can tuck into less common dishes like Calves Liver, Alsace Bacon, Sauce Diable for their main. Not feeling too adventurous during my visit, I opted for the Rump of Lamb accompanied by a Bouillon of Spring Vegetables. I have to say it was one of the most tender pieces of lamb I have sampled in a very long time. Mention must also be made of the side orders. Between my guest and I, we ordered Chantenay Carrots, Haricots Verts and Tender Stem Broccoli. They are often seen as just boring veg but these were truly tasty with butter running through them and cooked with just the right bite. It’s so easy to have your five-a-day when food is cooked to such perfection.

On to pudding, and ‘glace’ features a lot on the dessert list. You can choose from ginger, lavender or clotted cream. I had the lavender ice-cream with apricot soufflé to try and deviate from chocolate-based sweets which I usually have. 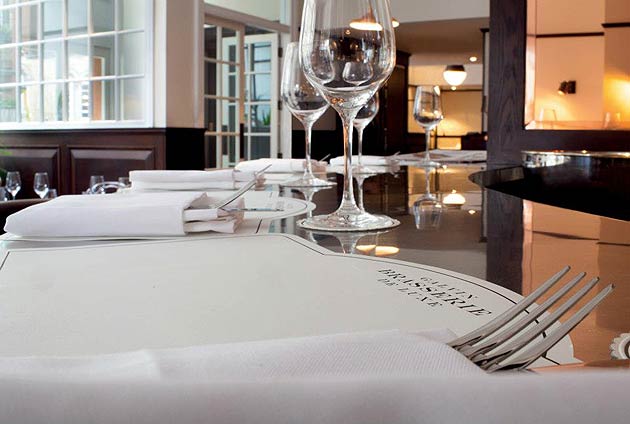 As expected, you can find an extensive wine list. It was so hard to choose that I went for a recommended wine on the basis that I like a good Reisling and Sauvignon. The Gruner Veltliner Weingut Wess 2012 is a hybrid between the two and went well with my main as well as the dessert. At £36 I savoured every drop of it.

Yes the menu – the food and wine – is pricey but there is an affordable menu prix fixe at £16.50 for two courses or £19.50 for three which is available at lunchtime and before 7pm if you’re on a budget. But sometimes, just sometimes, it’s worth forking out for that little bit of luxury, especially when it comes to good food. And when the waitress asked me if all was ok, I couldn’t resist answering, ‘Très Bien!’ 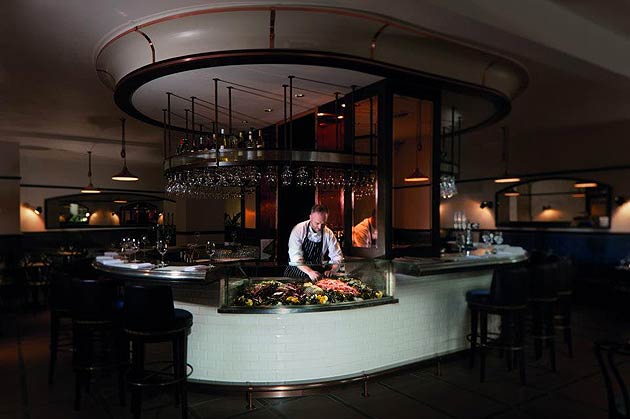