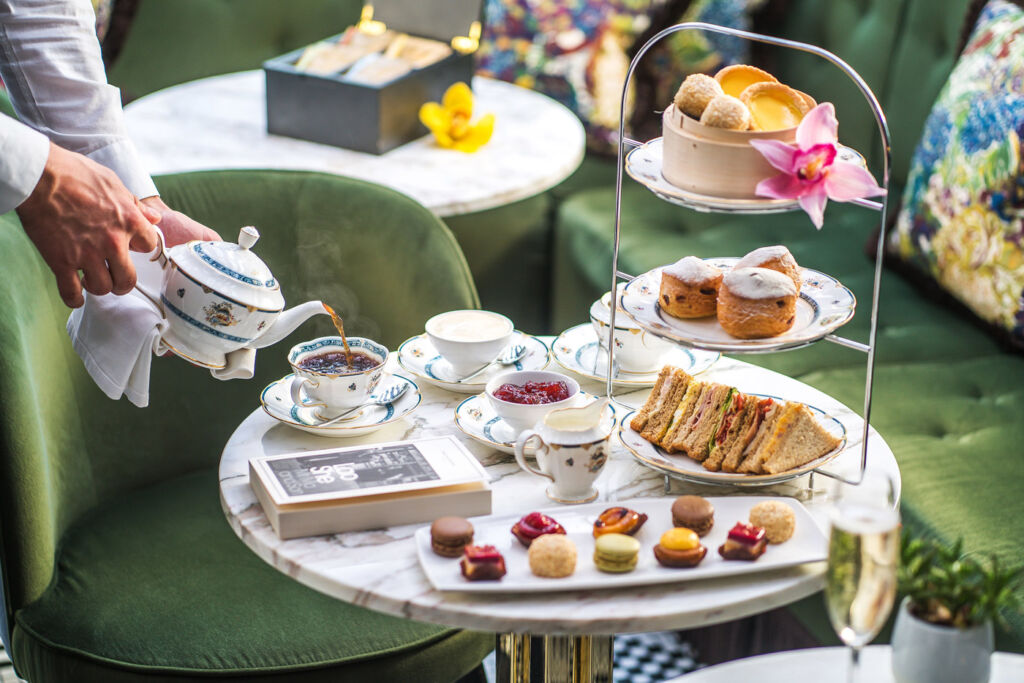 The good old afternoon tea is a great English tradition. Introduced in England by Anna the seventh Duchess of Bedford as far back as 1840, the idea was to fill the hunger gap between lunch and dinner. Today, this custom has taken on a far more fashionable social role with hotels and restaurants up and down the country offering the very best of their sweet treats, washed down with an array of teas. But the act of drinking tea actually dates back to the third millennium BC in China. 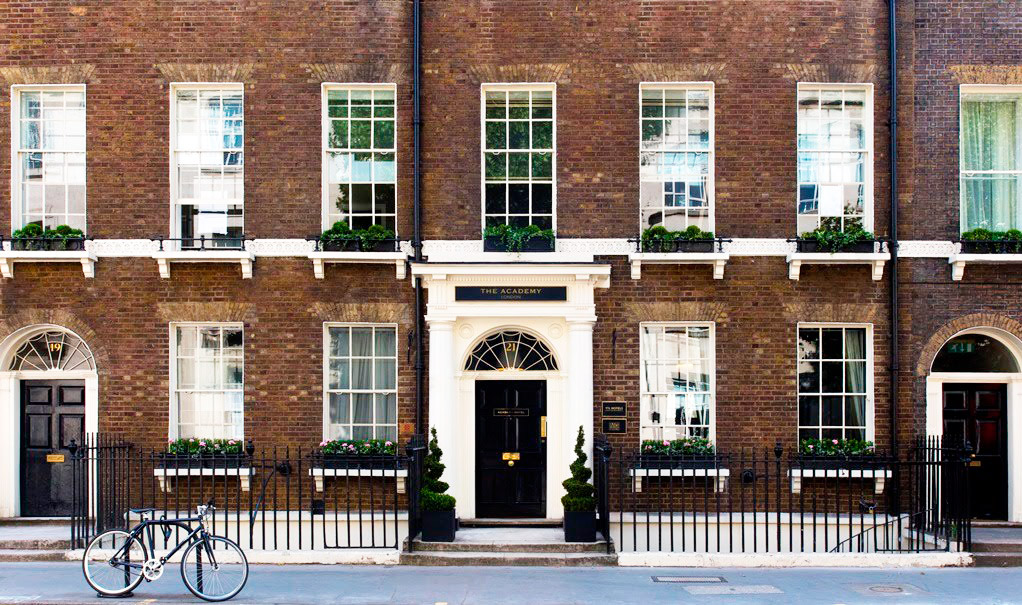 A lover of a good cuppa (and cake), I just can’t resist an afternoon tea, so I duly took myself off to the YTL Hotels’ elegant Gower Street property at precisely 4 o’clock. The Academy occupies an enviable position for a luxury London hotel in the centre of Bloomsbury, an attractive area dominated by grassy squares and grand 240-year-old Georgian townhouses. In fact, it’s quite easy to pass by the hotel, as the building still looks like a collection of houses.

Once inside, the reception is a giveaway that you have indeed arrived at a hotel. Still, a series of winding passageways linking the five townhouses, offers a sense of walking around a cosy home. And although the afternoon tea is served in the bar, restaurant and the courtyard, my friend Jo and I enjoyed ours in the more intimate space of the library. 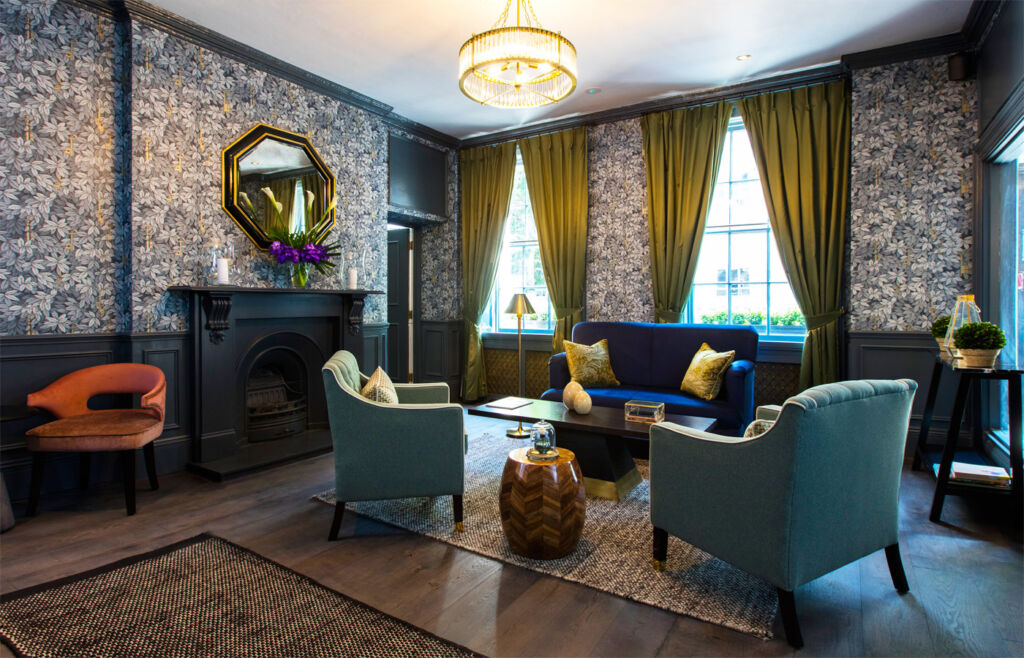 The interiors take on design cues associated with elegance, tradition and soft furnishings blended with contemporary touches. The two floor-to-ceiling walls lined with books, are a book lovers dream.

The Bloomsbury area gained notoriety with the ascent of The Bloomsbury Set – an influential group of writers, artists, philosophers and intellectuals in the early 20th Century. E.M. Forster and Virginia are the notable writers which made up the set. But it is writer Lao She’s novel Mr Ma and Son, one of the most important Chinese authors of the last century, which has inspired The Academy’s quintessentially English High Tea with an Asian twist. 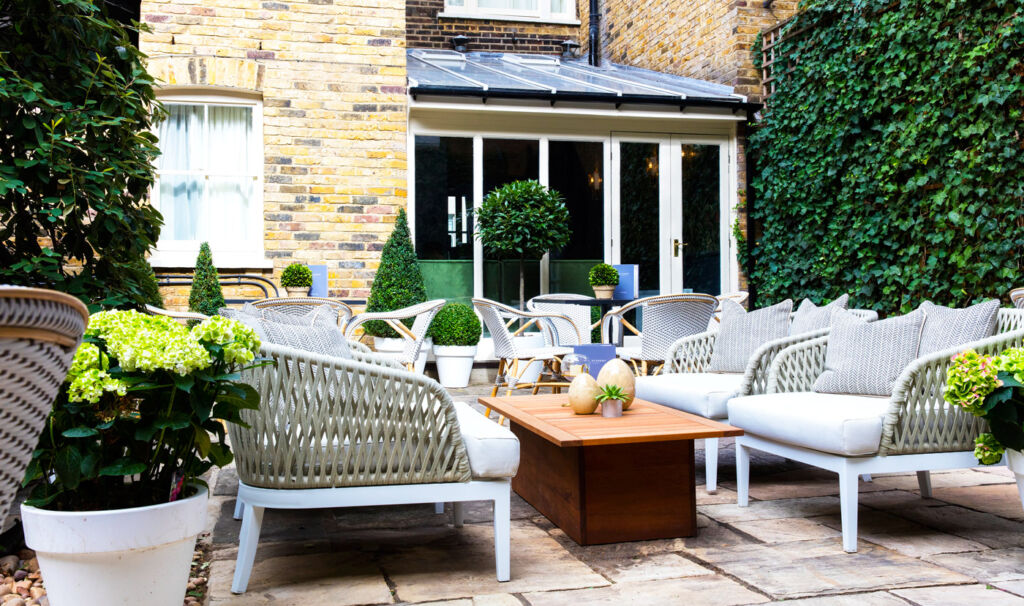 The historic novel draws on the writer’s own experiences, following his arrival in 1920s London. Mr Ma and his son journey through the chaotic streets and daily struggles of life in the capital as they take over an antique shop they’ve inherited. As they navigate through the streets of Bloomsbury, their love for tea keeps the connection to their Chinese heritage and allows them to find solace, peace and comfort.