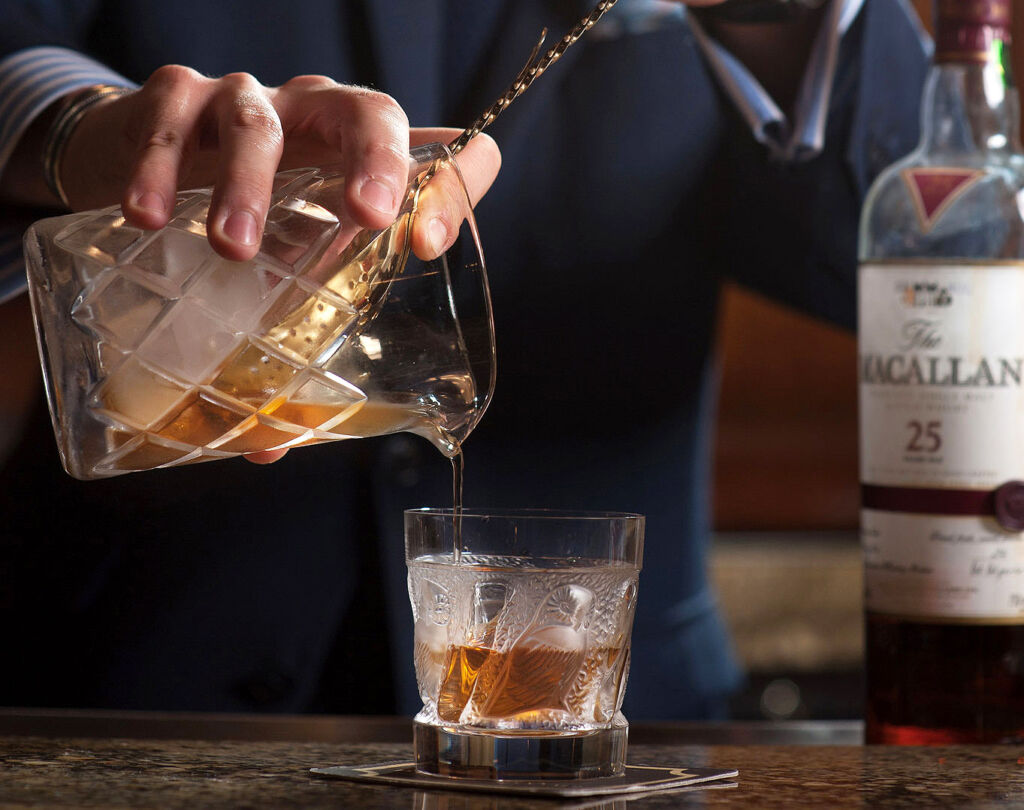 The wine auction house, Acker, is poised to host its second auction of fine and rare spirits on Saturday, November 2nd in Hong Kong and online with a special focus on some legendary rare spirits.

To feed the market’s obsession with highly coveted spirits, the Ackers sale will feature a rare Macallan 72-Year Old Genesis in Lalique Decanter. This particular lot is estimated to reach approximately HKD 1,000,000.

Almost 140 lots of the great Macallanare will available in the auction, including The Macallan 50-Year Old Fine & Rare, a bottle of 1946 Macallan Select Reserve, and several others produced during wartime, demarcating an era of rare distillations.

Also ‘up for grabs’ is a once-in-a-lifetime package lot featuring an entire cask of the 1997 Bowmore Single Malt Scotch Whisky in a 236-litre wooden barrel. This is equivalent to 377 bottles in volume and comes with an exclusive VIP tour, lunch, and VIP concierge service for up to 6 people to visit Bowmore on the magical Isle of Islay in Scotland. Representing one of the paragons of fine cognac is the Remy Martin Black Pearl Louis XIII en magnum in Baccarat crystal decanter, estimated at HKD 320,000-480,000.

Over 190 lots of Japanese whiskey from top tier producers include the Suntory Blended Whisky Rolling Stones 50th-Anniversary bottling, one of only 150 bottles released, flanked by nine limited-edition Hanyu Card Series lots. Noteworthy bottles from Yamazaki, Hibiki andKaruizawa round out the top lots in this extraordinary sale.

Acker Chairman John Kapon, said of the sale, “The world is thirsty for whiskey, and our second auction of fine and rare spirits is bringing it in spades. Recent prices of producers like Macallan have surged at auction, exceeding anyone’s expectations, and this is a tremendously exciting time to be in Hong Kong as we offer almost 600 lots of these famed spirits.”

Ackers Auction – Where and how?

The auction will take place at 10 am HKT on Saturday, November 2nd live at the Rosewood Hotel in Hong Kong, with the sale also streaming online via Acker’s mobile bidding platforms and the Acker App.