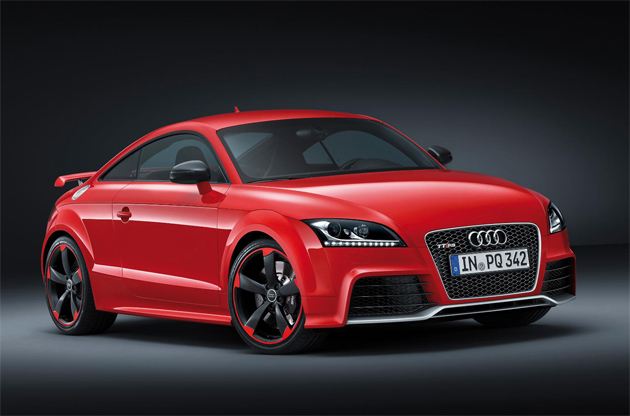 Audi has just loosened the leash on the already extreme TT RS to create the new Audi TT RS plus, an even more focused version of the high performance sports car with a new, autobahn-devouring 174mph top speed, increases in power and torque to 360PS and 465Nm and an equipment upgrade.

The step up from TT RS to TT RS plus involves tuning the 2.5-litre, five-cylinder TFSI petrol engine to extract an additional 20PS and 15Nm of torque compared with the ‘standard’ car. The resulting 360PS and 465Nm can be channelled to the quattro all-wheel-drive system through either a six-speed manual gearbox or the seven-speed S tronic twin-clutch transmission. 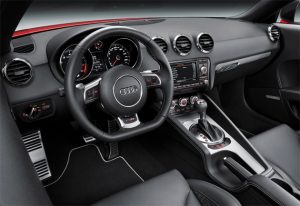 Despite these suitably headline-grabbing figures the RS plus models also stack up in economy terms, the Coupé achieving a combined economy test figure of 33.2mpg and the Roadster 32.8mpg in the same test.

These impressive figures are due in no small part to the extremely lightweight Audi Space Frame (ASF) bodies made of aluminium at the front and sheet steel at the rear. The TT RS plus Coupé with manual transmission weighs just 1,450kg.

The two muscular bodies sit on 19-inch five-arm “Rotor” design titanium-look alloy wheels which replace the 18-inch five double spoke examples fitted to the standard car. The single frame radiator grille with its matt aluminium surround and polished anthracite diamond-pattern mesh also sets the Audi TT RS plus apart visually, as do the carbon fibre-reinforced polymer (CFRP) door mirror housings and black oval tailpipe trims. These indicate that the TT RS plus is fitted as standard with the sports exhaust system, an option in the standard car which further intensifies the already bass-heavy exhaust note.

Under the bonnet a carbon design package also gives the engine compartment of the TT RS plus a more exclusive look, and in its suitably sporting cabin a TT RS plus logo on the gear knob serves as a subtle reminder that this particular RS has even more to offer.

In keeping with its name, the Audi TT RS plus also adds more cabin equipment, including satellite navigation, Bluetooth phone preparation and Audi Music Interface iPod connection, all of which form part of the normally optional Technology Package.