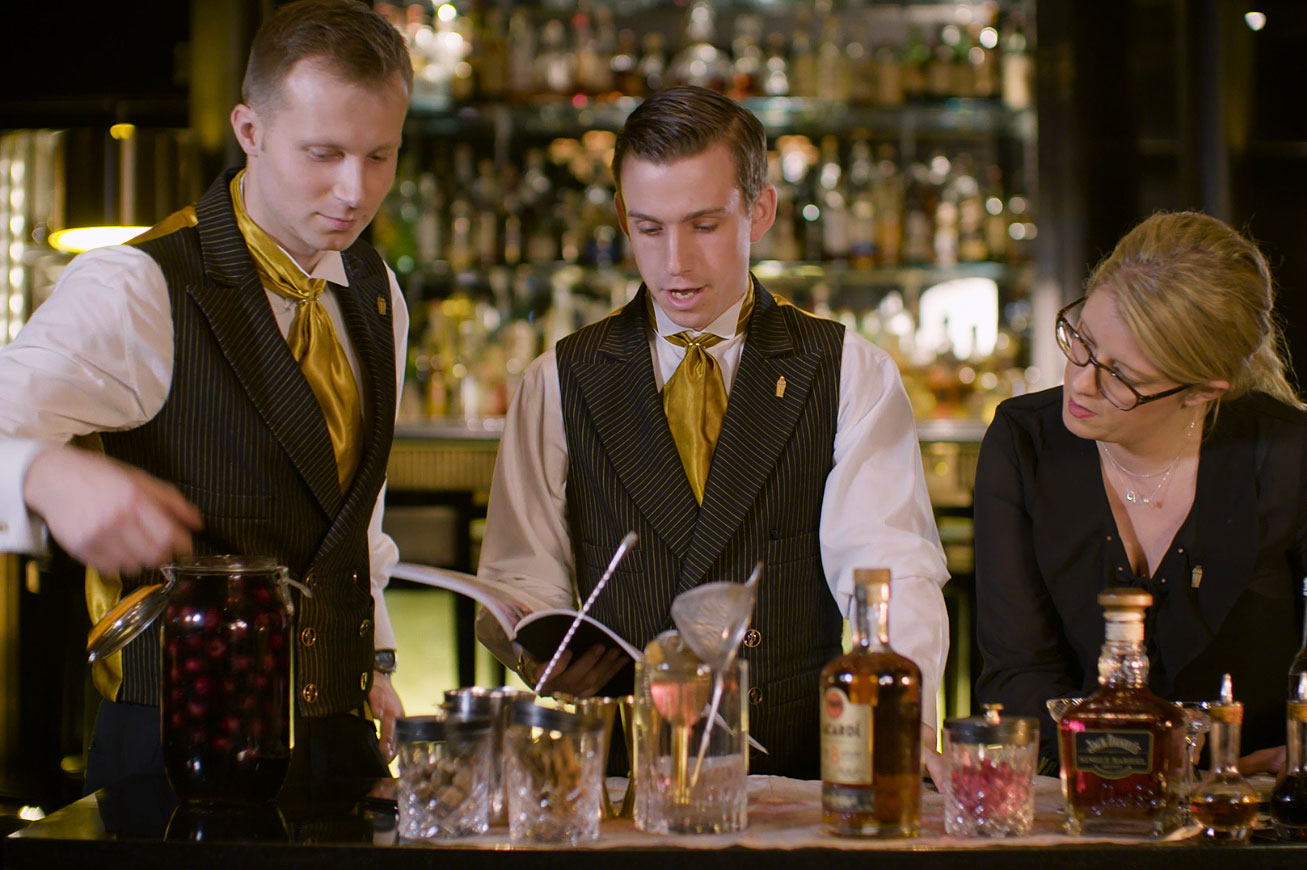 Age of Discovery – A Unique Collaboration between The Savoy, Cunard and Jack Daniel’s

Three of the world’s most highly acclaimed brands, renowned for their traditions of service and excellence, are embarking on a unique collaboration that circumnavigates the globe. This January (2016), Cunard, The Savoy, a Fairmont Managed Hotel, and Jack Daniel’s will produce Age of Discovery – a specially created, barrel aged, limited edition cocktail.

The cocktail itself will mature in a hand chosen 300 litre, Jack Daniel’s barrel to be taken on board Cunard’s flagship Queen Mary 2 during her 41.000 nautical mile, four-month world voyage – departing from Southampton on 10 January 2016.

Age of Discovery has been formulated by the team at the world-famous Savoy’s Beaufort Bar, named Best International Hotel Bar 2015. Inspired and influenced by the tastes and aromas of the continents Queen Mary 2 will visit, from Europe to Asia, Africa, the Americas and Oceania, the Jack Daniel’s cocktail 1 will be mixed at The Savoy before the barrel is sealed and bonded for its world voyage. 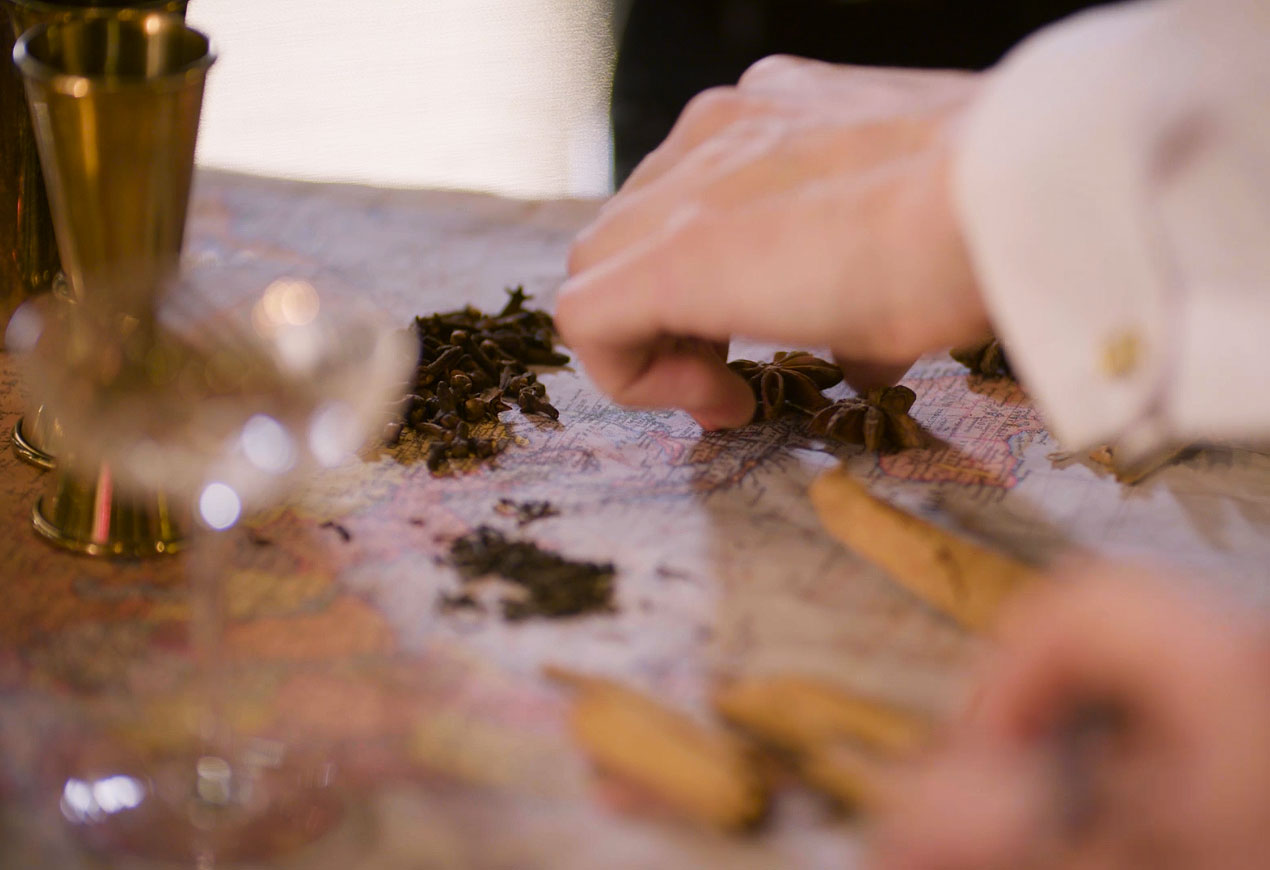 Painstaking attention to detail and refinement has gone into the choice of ingredients. The cocktail itself has been crafted to reflect both Cunard’s 175-year ocean-going heritage and the decades of history and patronage associated with The Savoy’s famous cocktail bars. Its home for the voyage, a Jack Daniel’s first fill American oak barrel, was carefully chosen by The Savoy’s Assistant Food and Beverage Director, Daniel Baernreuther.

Daniel travelled to the Jack Daniel distillery in Lynchburg, Tennessee and personally chose the barrel of Jack Daniel’s Single Barrel to be used in Age of Discovery. Daniel then had the barrel itself transported whole to The Savoy in London. This is the very same barrel that will play host to Age of Discovery for its global journey.

During her four-month circumnavigation, Queen Mary 2 will visit 39 ports of call in 27 countries. The barrel will be secured in open deck space for the duration of the voyage to expose it to the varied elements and climates that will influence the final result. Prevailing temperatures, humidity and sunlight – as well as more inclement conditions – will combine to produce this truly unique barrel-aged cocktail.

The progress of Age of Discovery will be charted via social media throughout the passage; across the oceans and appearing in the world’s most iconic ports and cities. The barrel will also have its own unique Log Book. 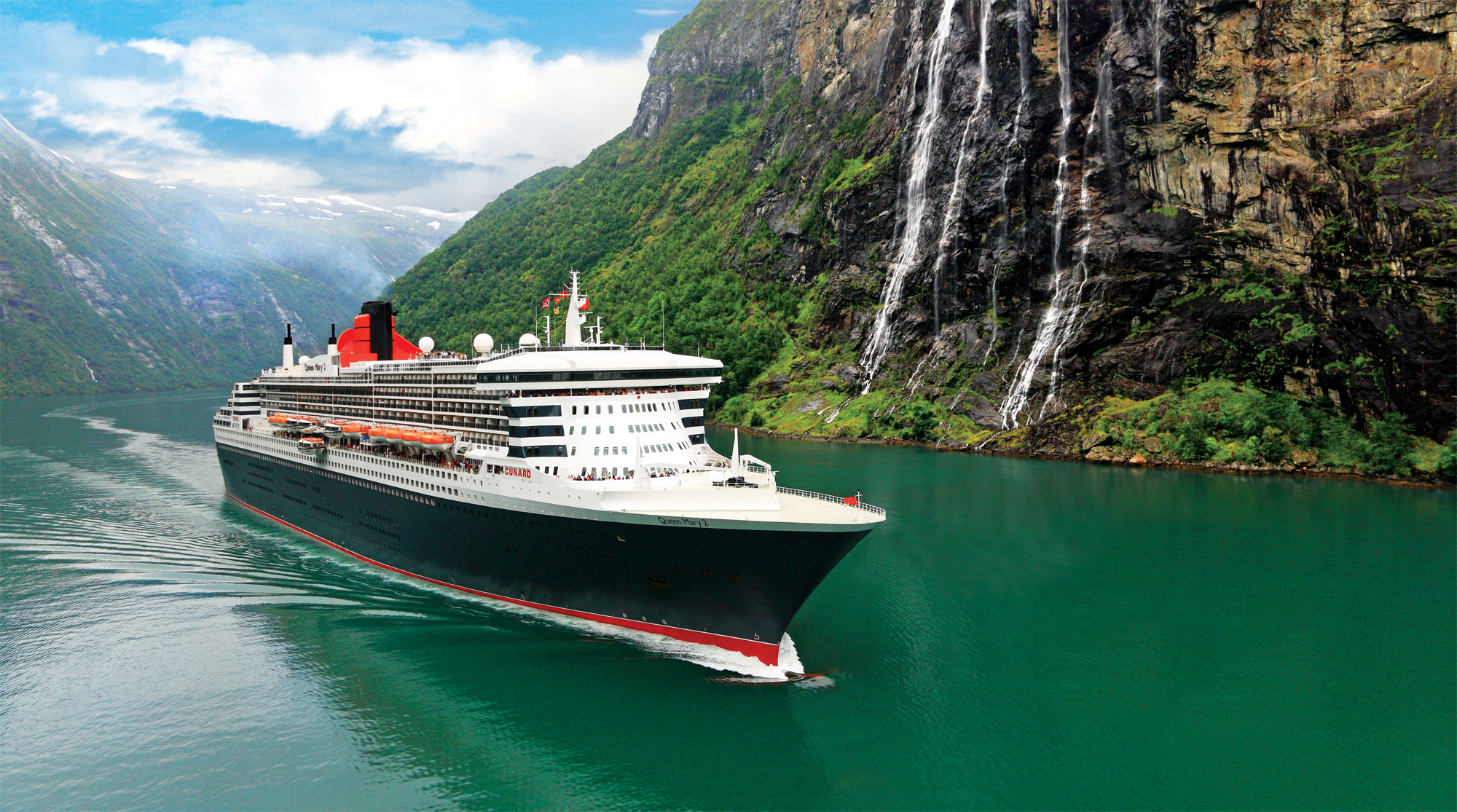 When Queen Mary 2 returns to Southampton on 10 May 2016, the barrel will be ceremoniously unloaded and will travel to the specially-commissioned Houston Bottling & Co Pack plant in West Dunbartonshire.

It is estimated that the unique barrel will yield a minimum of 250 litres of Age of Discovery, which will become the latest in The Savoy Collection; one of the world’s most prestigious and unique collections of one-of-a-kind spirits and liquids. Launched in 2013, The Savoy Collection was created with the support of esteemed drinks experts, Speciality Drinks, to celebrate the rare and the beautiful from the world of drinks. 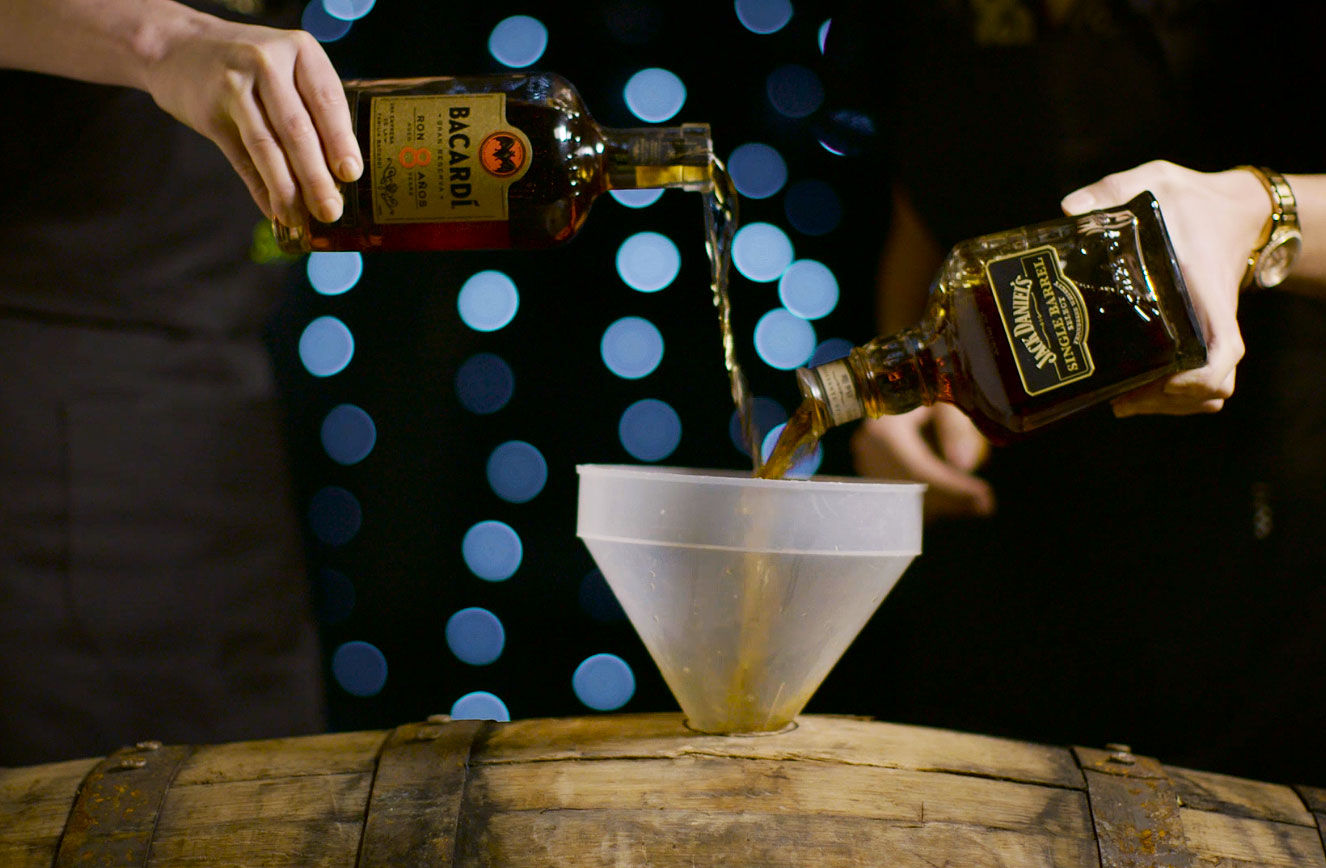 Created by the talented team at The Savoy’s Beaufort Bar, the Age Of Discovery cocktail has been designed to represent the diverse areas through which it will travel on board the Queen Mary 2 and takes its inspiration from the thrilling era of naval exploration between the 15th and 18th centuries. The unaged cocktail will be available at the Beaufort Bar from Sunday 10th January 2016.

Neil Donachie from the Beaufort Bar says “The Jack Daniels and Bacardi represent the discovery of the Americas, while the Dubonnet is there as a symbol of Cunard’s royal associations. The spice-infused Madeira, used to sweeten the cocktail, is synonymous with the famous spice trail and oceanic expeditions.”

Nidal Ramini, Head of Advocacy at Jack Daniel’s added, “We have a great partnership with The Savoy and they’ve been hand-selecting their own Jack Daniel’s Single Barrel for five years. It’s great to take this partnership to another level and be involved with Age of Discovery. As the only whiskey maker in the world to craft every one of our own barrels, the idea of a barrel aged cocktail, containing the very whiskey that Daniel chose when we went to Tennessee together, travelling the world, was music to our ears. We can’t wait to see and taste the outcome, and see how the special Jack Daniel’s cocktail reacts to the elements”.

Angus Struthers, Cunard Director, commented: “Cunard and The Savoy are world-renowned brands famed for their luxury and levels of service as well as the experience each is able to offers its guests. We are delighted to be able to create Age of Discovery during Queen Mary 2’s 2016 world voyage and to be able to offer our guests on the voyage the opportunity to try the non-aged version of this very special cocktail on board our flagship. By combining the special edition cocktail’s aging process with Queen Mary 2’s world voyage we will ensure Age of Discovery is a genuinely unique creation.” 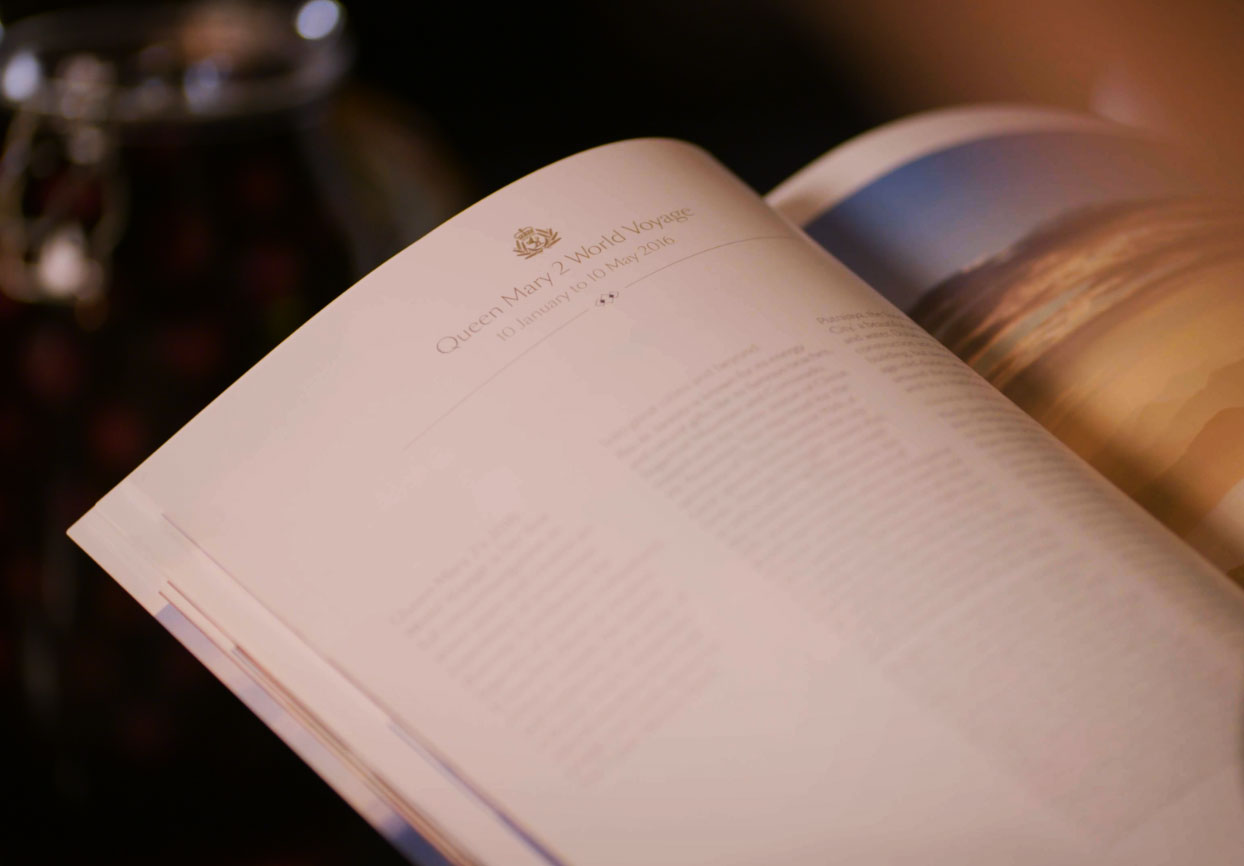 Age Of Discovery – Ports of call

About Cunard
Defining true excellence at sea with over 175 years of legendary voyages, Cunard is the operator of luxury ocean liners Queen Mary 2, Queen Victoria and Queen Elizabeth that are renowned for impeccable White Star Service, gourmet dining and world-class entertainment. Cunard has long been synonymous with the quest for new discoveries since the company’s first paddle-wheeled steamer, Britannia, crossed the Atlantic in 1840.Today Cunard offers the only regularly scheduled transatlantic liner service and continues the legacy of world cruising which it began in 1922.