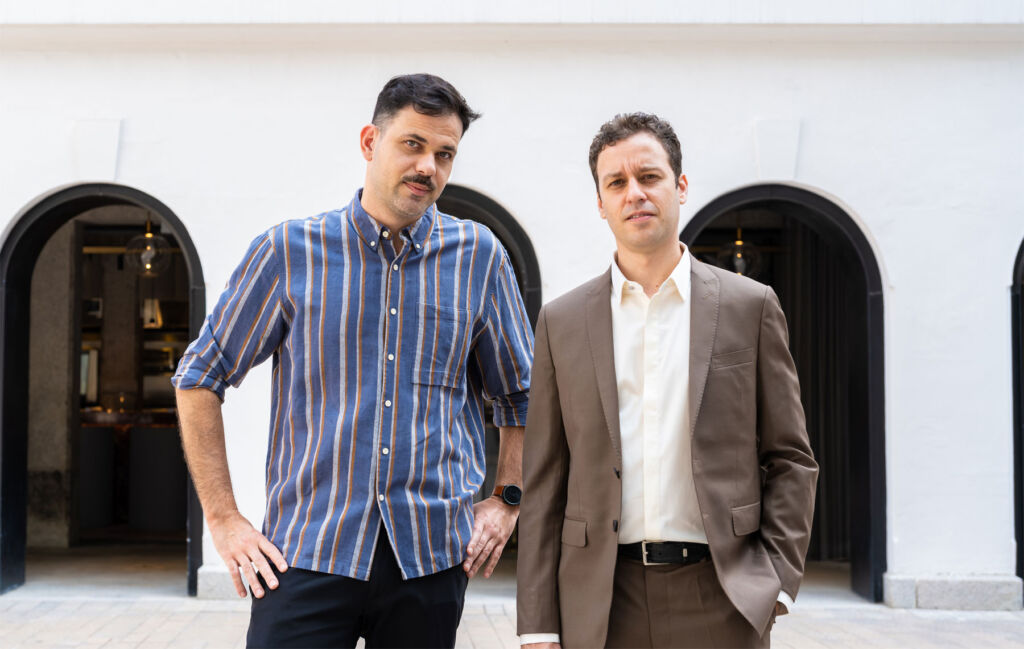 In mid-May, Chef Antonio Oviedo of the ever-vibrant 22 Ships is teaming up with JIA Group to bring a new rendition of fine Spanish gastronomy to Central’s Tai Kwun. Nestled within the heritage building of Tai Kwun, AGORA is a new contemporary Spanish, fine dining concept that showcases Chef Antonio’s boundary-pushing cuisine whilst staying true to his Spanish roots through seasonal tasting menus.

AGORA – the concept and origin
In its name, AGORA reflects the ancient Latin definition of being the “centre of life” – a hub of socialisation and the point where ideas converge. In old Spanish, Ágora translates to “now”, which alludes to Chef Antonio’s contemporary and ever-evolving interpretation of Spanish cuisine.

At AGORA, Chef Antonio, together with General Manager Anton Marquez, will be drawing on his Spanish heritage and training to deliver an authentic dining experience to guests while aiming to surprise and delight with innovative twists. 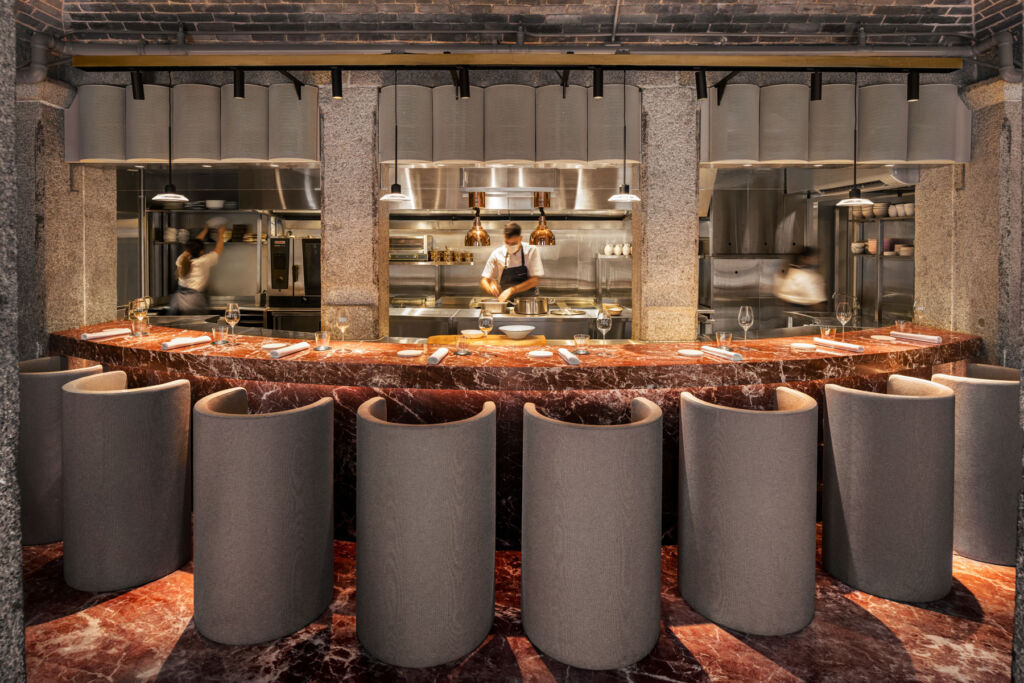 Contemporary Spanish tasting menus
At its opening phase, AGORA will be open for dinner service only, serving a seasonal chef’s degustation Menú Gran Ágora, which includes ten courses or twelve courses. The menus will showcase seasonal ingredients sourced from the greater area of Spain, from Verdial extra virgin olive oil cultivated in Málaga served with wheat and red wine butter to choricero chilli pepper – a dehydrated variety of Spanish red pepper served with crayfish and nectarine.

AGORA’s menu is a true testament to Chef Antonio’s creativity and innovation, a result of working alongside some of Spain’s greatest culinary minds and his recent successes helming award-winning tapas restaurant, 22 Ships. 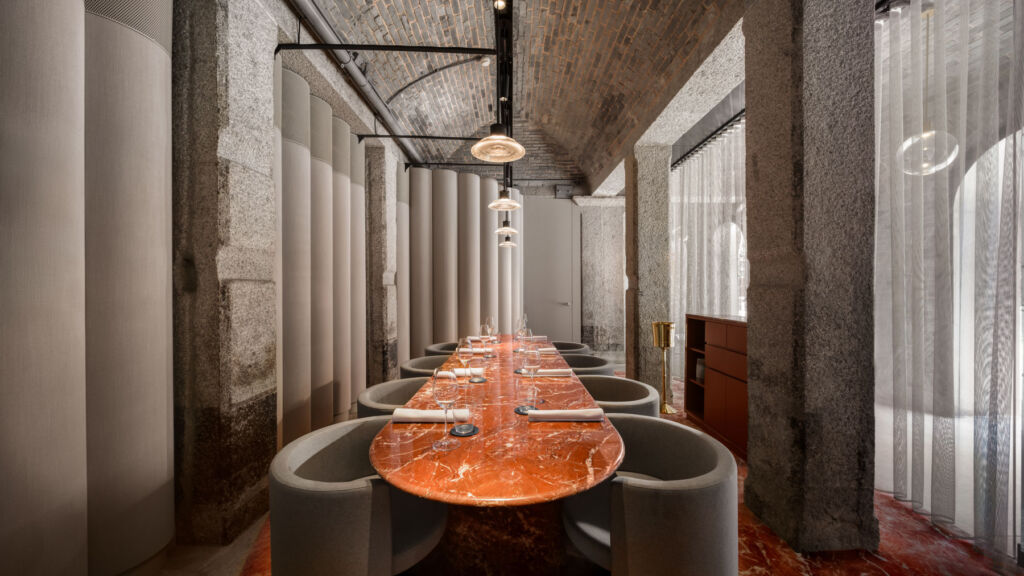 Mediterranean-style interior by COLLECTIVE Studio
AGORA’s interior is reminiscent of a rustic aljibe, with a high, curved ceiling and earth-toned terracotta bricks paving the walls. The minimalistic 24-seater space is fitted with a private dining room, individual tables, and a chef’s counter, with contemporary pops of colour provided by red marbled tabletops.

Agora and World Central Kitchen
As part of its philanthropic mission, AGORA will be working closely with World Central Kitchen (WCK), the non-profit organisation created by Jose Andres that works to provide meals to disadvantaged communities in the wake of natural disasters. 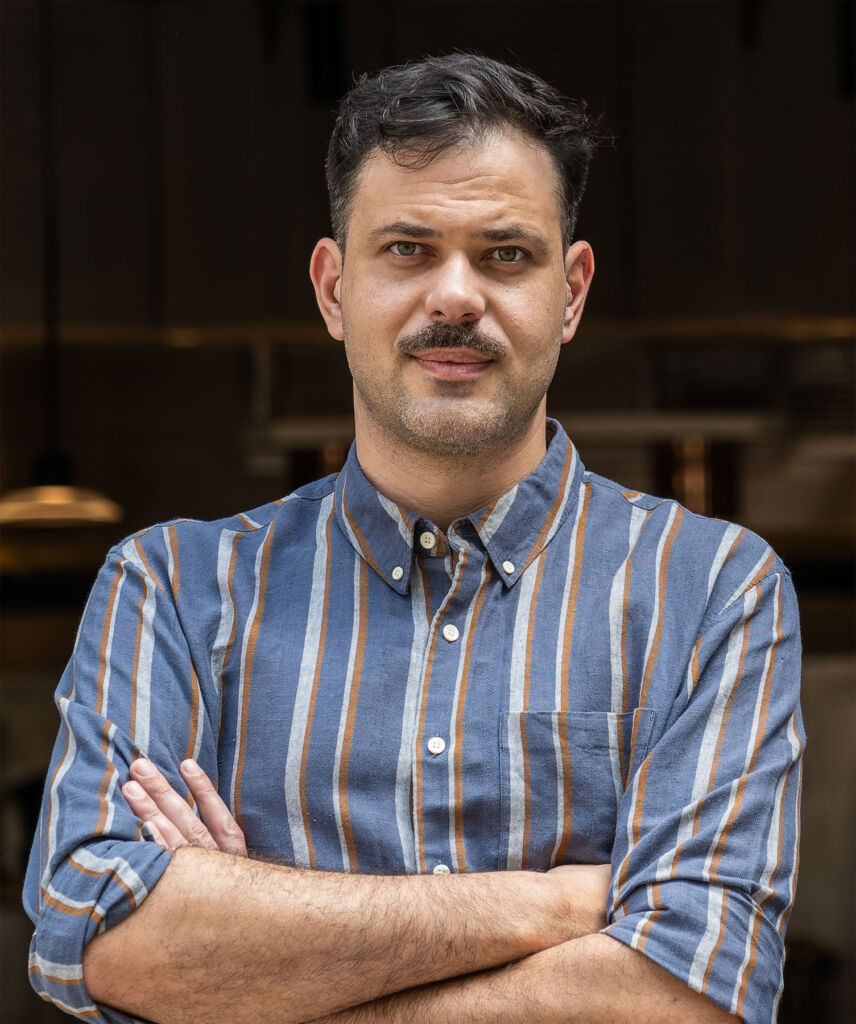 A Madrid native, Chef Antonio Oviedo has worked in gastronomic restaurants under some of Spain’s finest chefs, including Santi Santamaria and the Roca Brothers.

Antonio kicked off his career in 1999, working his way up the culinary ladder during his formative years in Madrid. He experienced various roles in the kitchen, honing his skills from hot appetisers, sauces and meat and seafood preparation to mastering the complex art of pastry. In 2006, Antonio was promoted to Junior Sous Chef at one-Michelin-starred El Chaflan in Madrid before joining two-Michelin-starred Sant Celoni in 2007 under the helm of Chef Oscar Velasco.

In 2008, Antonio was working as a junior sous chef in Villamagna by the renowned Eneko Atxa of three-Michelin starred Azurmendi in Madrid. In 2009, Antonio moved on to two-Michelin-starred Zaranda by Chef Fernando Arellano as Head Pastry Chef, where he managed bread production, chocolate works and boulangerie, alongside supporting all cooking stations.

In 2010-2012, he went on to a two-year-long stint at two-Michelin-starred Arola Gastro by Sergi Arola (now closed) as both Sous Chef and Head Pastry Chef in Madrid.

Driven by his desire for new challenges in a different continent, in 2012, Antonio made his first big international move to Singapore to take on the role of Head Chef at the popular restaurant, Binomio. As a leading Spanish chef, he made a name for himself, moving on to one-Michelin-starred modern European restaurant, Iggy’s, as Sous Chef in Singapore. In June 2020, Antonio took charge of the ever-vibrant Spanish restaurant, 22 Ships, by JIA Group on Ship Street Wan Chai. 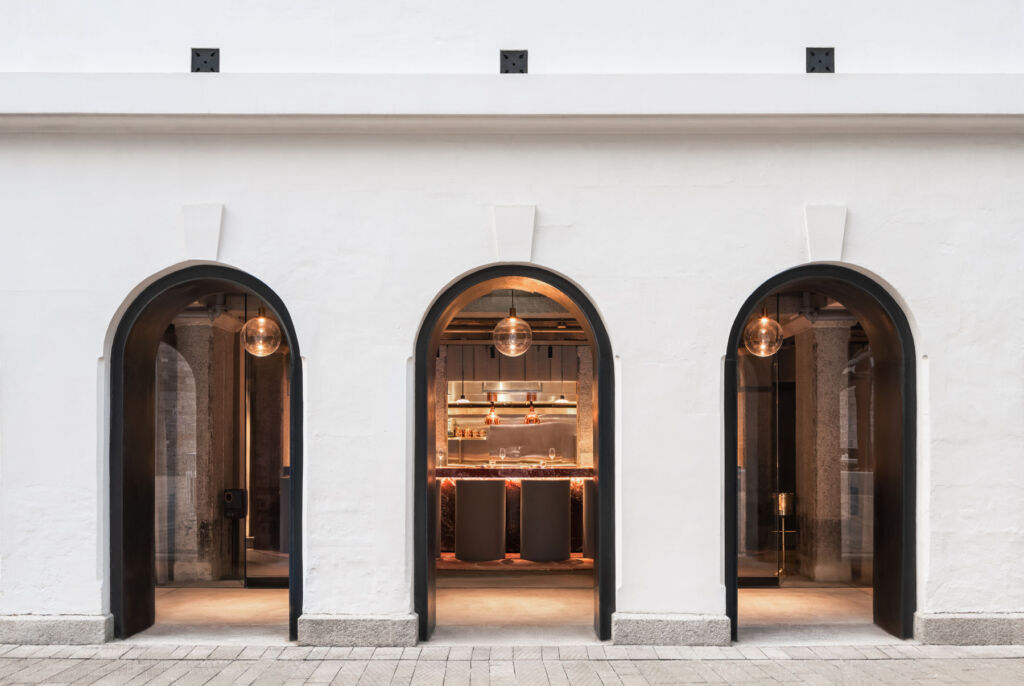