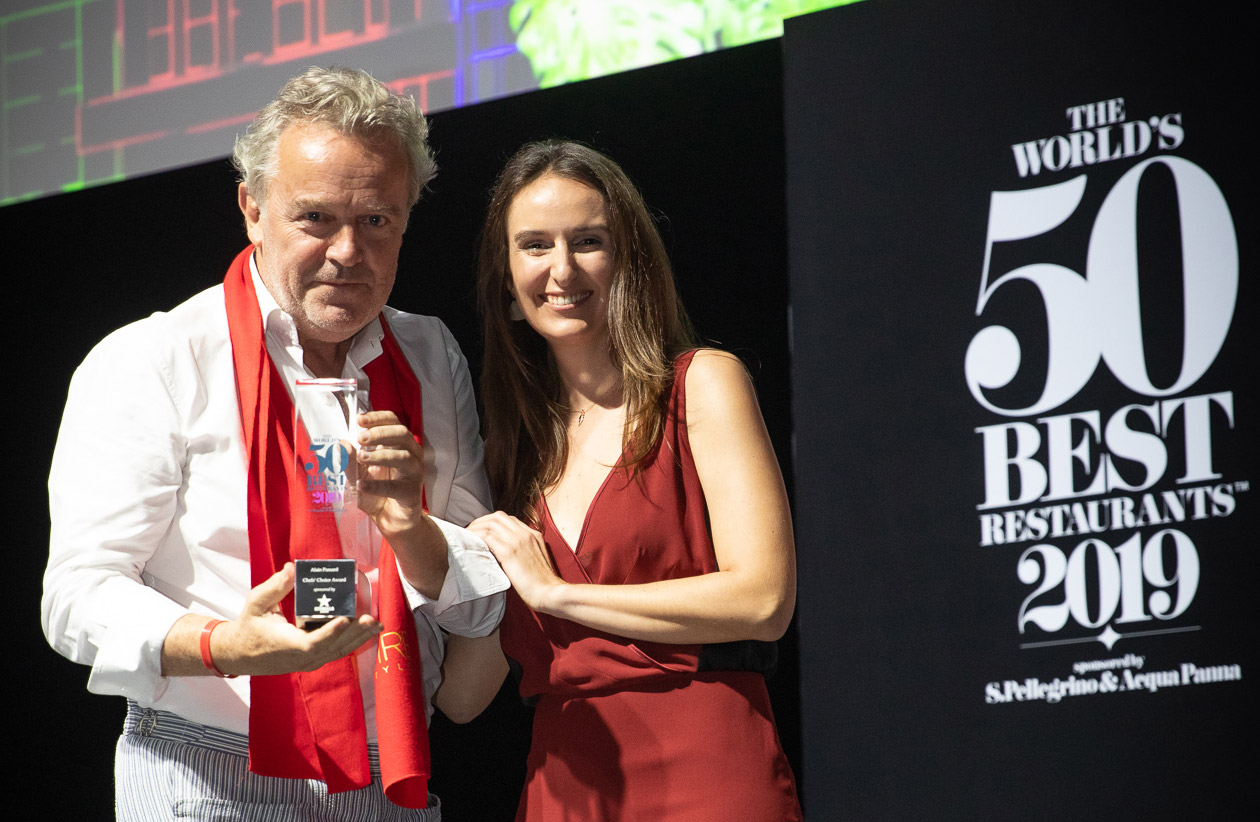 Alain Passard, head chef and owner of Paris restaurant Arpège – which was named as No.8 in The World’s 50 Best Restaurants 2019 – receives the prestigious Chefs’ Choice Award, sponsored by Estrella Damm, at the awards held at Marina Bay Sands in Singapore on 25th June.

The award, which is voted for by the chefs of The World’s 50 Best Restaurants 2019 list, recognises an individual who has gained the respect and admiration of his peers for his inspirational work and leadership in the industry. While Passard is hugely respected and considered highly influential, it was his innovative vegetable-led cuisine that preceded a global movement that truly set him apart. This award reflects the esteem in which Passard is held by his fellow professionals for his progressive approach.

“To receive the Chefs’ Choice Award is the very best compliment I can get, I can’t explain how much it means,” says Passard. “My aim is to enhance what nature gives us and that is what I strive to achieve with my cooking. When I walk into my restaurant, I still feel as though each day is the first time. I am the happiest man in the world.” 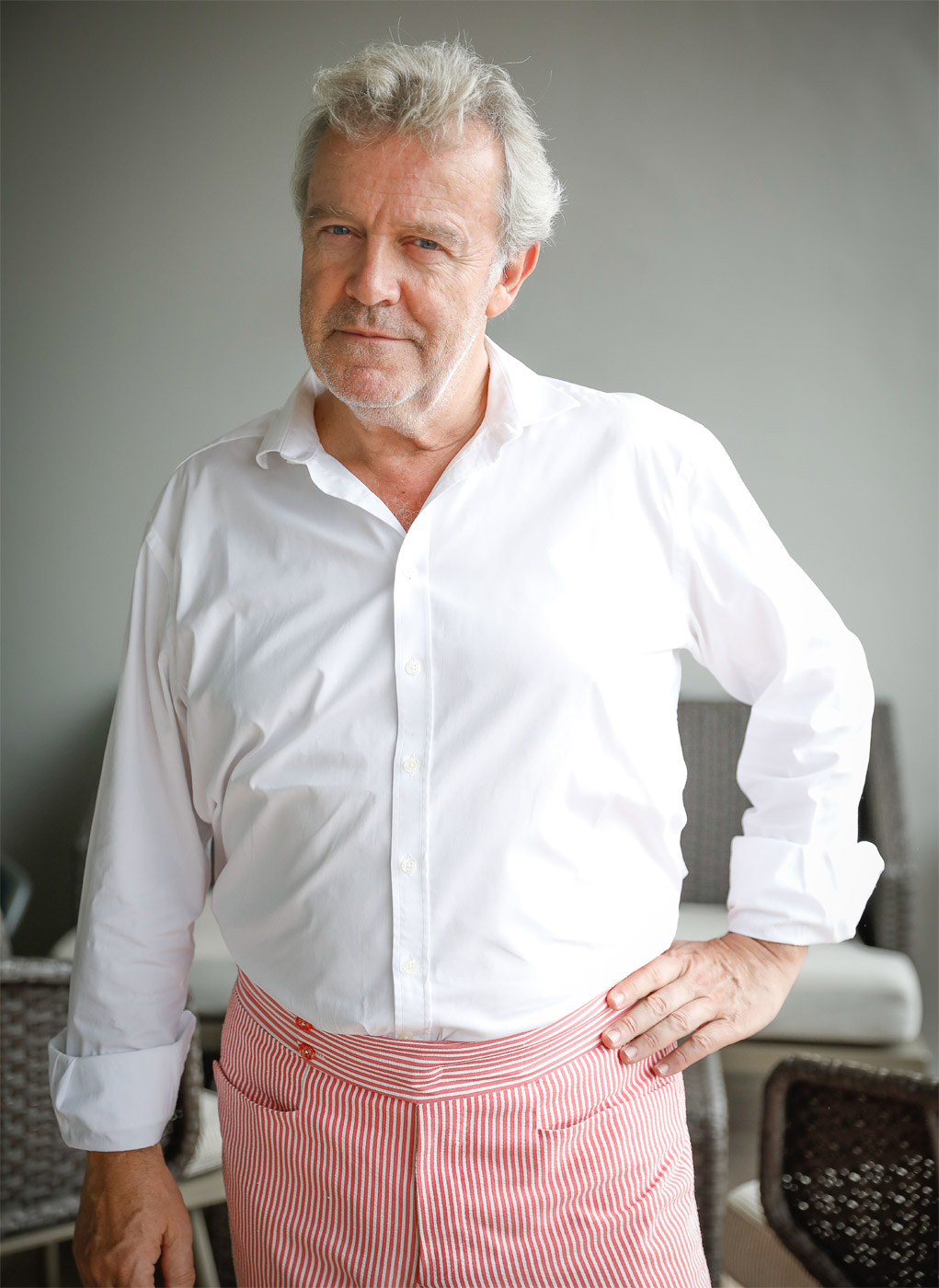 One of a handful of cooks who have remained at the top of global fine dining for decades, Passard has retained his three Michelin stars at Arpège for more than 20 years during times of great personal and culinary change. In 2016, he was the recipient of The Diners Club® Lifetime Achievement Award at The World’s 50 Best Restaurants awards, held in New York.

Known for his focus on fresh produce, in 2001 Passard famously announced that 30-year-old restaurant Arpège – until then a restaurant serving meat and fish – was turning vegetarian. Although meat and fish have since returned to the restaurant in smaller quantities, vegetables still take centre stage, arriving daily from Passard’s own biodynamic farms and gardens to appear on diners’ plates just hours later.

Despite his ever-changing menu, Passard has managed to amass a number of signature dishes over the years, some so famous that diners book months in advance for the first taste of white asparagus in spring or the arrival of black truffles in autumn. Other noted plates include dumplings stuffed with seasonal vegetables and langoustine carpaccio with caviar.

William Drew, Director of Content for The World’s 50 Best Restaurants, says: “It is an honour to celebrate the talent and influence of Alain Passard, who truly represents the visionaries not only leading the culinary arts, but also changing the food landscape.”

Maria Faus, Marketing Manager, Asia and Pacific, for Estrella Damm, the award’s sponsor, says: “We are extremely pleased to present the excellent Alain Passard with the Chefs’ Choice Award this year. We are again happy to partner with The World’s 50 Best Restaurants and further reinforce our commitment to gastronomy worldwide.”

The World’s 50 Best Restaurants brings together a unique community of extraordinary culinary talent. Featuring restaurants from 26 countries spread across six continents, the list provides an annual snapshot of the greatest gastronomic experiences across the globe. 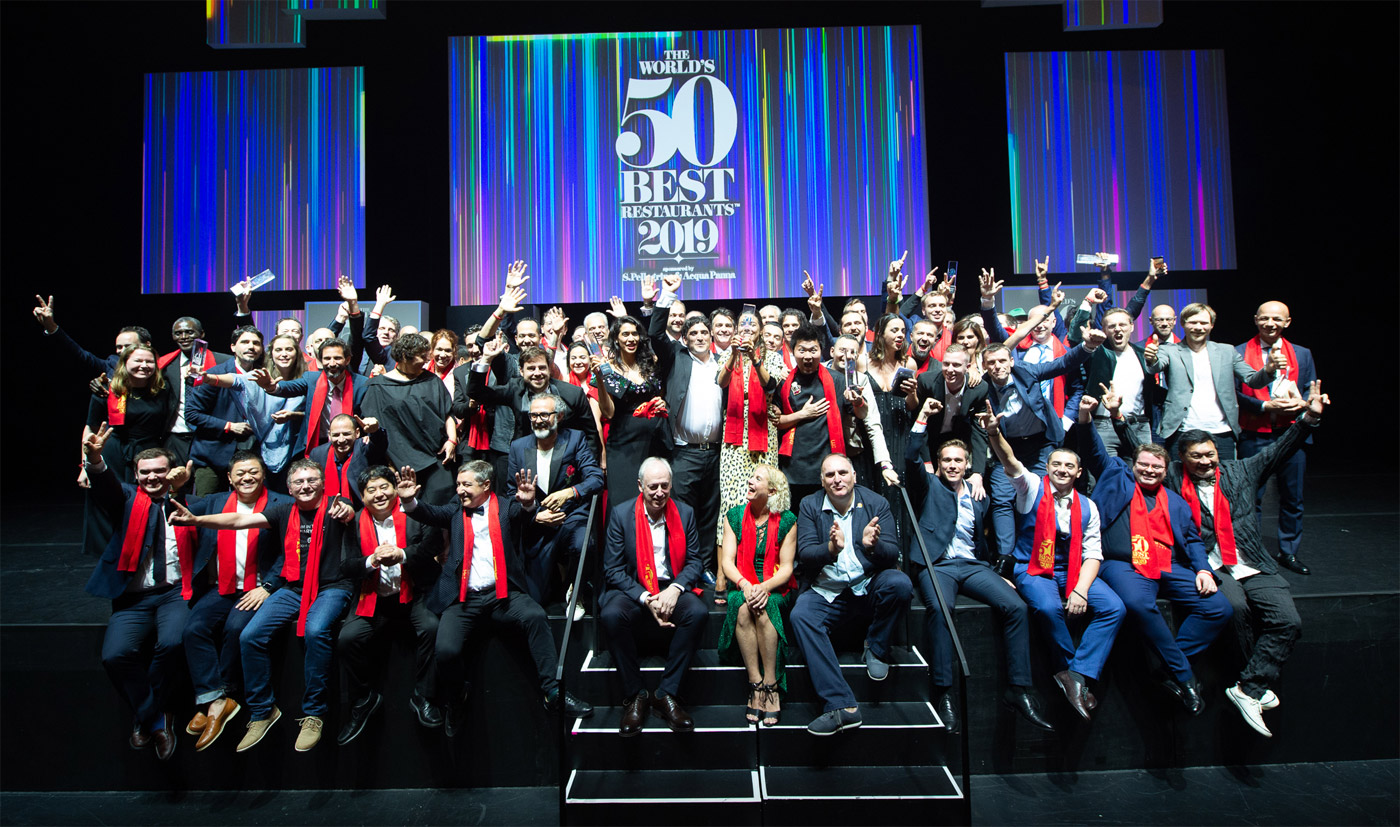 The selection process
The Chefs’ Choice Award, sponsored by Estrella Damm, is the only prize voted for by the chefs on this year’s 50 Best list. Each chef nominates one peer for the award and the cook with the most votes is crowned Chefs’ Choice.