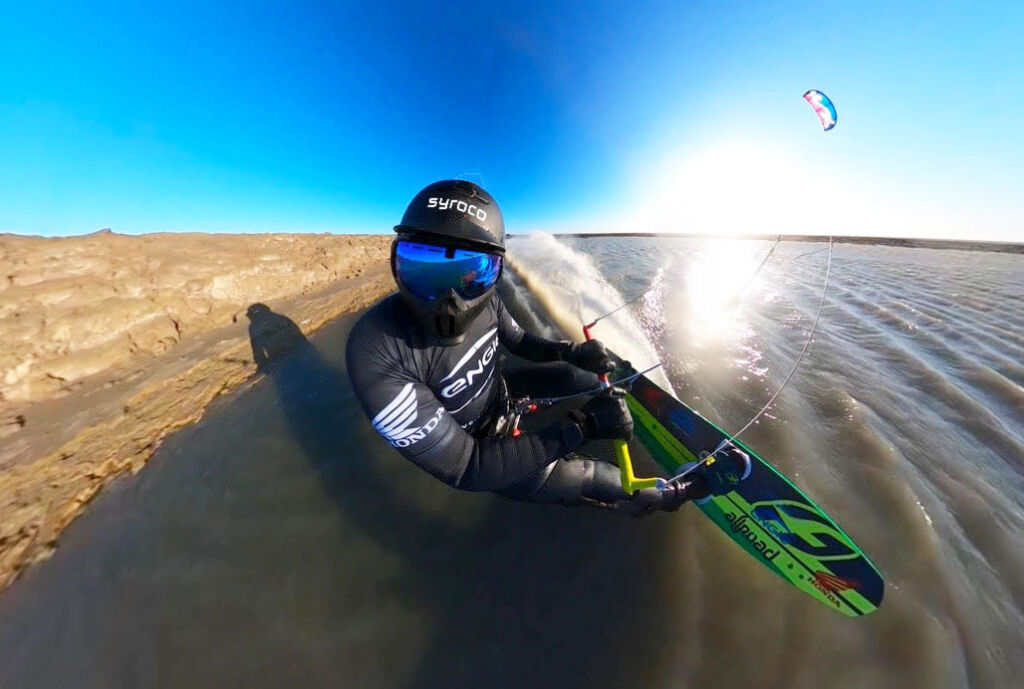 Alexandre Caizergues is the kitesurfing world’s undisputed ‘King of Speed’ and the Co-Founder Of Syroco. Throughout his career, he has set himself goals which many deem to be, quite frankly, ‘impossible’. Alex doesn’t believe in this word and kindly slowed down enough to let Simon Wittenberg catch up to discuss his current plans.

Based in the city of Marseille in France, Alexandre Caizergues, a quadruple kitesurfing World Champion and multiple world sailing speed record holder, co-founded Syroco in 2019.

The ultimate goal of the business is to bring innovative and sustainable solutions to naval design and architecture through the development of a speedcraft capable of reaching 150 km/h on the water, powered solely by the wind.

Luxurious Magazine: 150 km/h (93 mph or 81 knots) is a phenomenal speed to reach on open water and is faster than most motorway speed limits. Who came up with such a daring challenge and the idea to establish a business around this?

Alexandre Caizergues: At the peak of the Cold War, when the Russians sent the first artificial satellite and then the first man in orbit, President Kennedy did not respond by launching a larger satellite!

He set the goal for the Moon, inventing along the way the concept of the “moonshot” – an extreme, daring challenge that requires radical innovation.

For the past 50 years, sailors, kitesurfers and windsurfers have been competing to improve the WSSR (World Sailing Speed Record), a few knots at a time. What we decided to do at Syroco is to take it to the next level, to shatter the record. By setting the target at 80 knots, we are shooting for the Moon.

But we also wanted this endeavour to be sustainable, economically, of course, but also for our planet. So, we decided to invent a business model to leverage this “moonshot”, as well as subsequent challenges.

LM: Where does the name “Syroco” come from, and why was it chosen?
Alexandre: The Sirocco is a powerful wind that blows from the deserts of Africa, well known by sailors in the Mediterranean. We thought adopting a wind name for our project made sense. The spelling of our name “Syroco” was decided by our marketing team.

LM: The current world record for a vessel powered by the wind is 121 km/h, set by Paul Larsen in his Vesta Sailrocket 2 in 2012. Is the main motivation for Syroco to beat him and set a new benchmark?
Alexandre: This is not about beating anyone. I have tremendous respect for what Paul has achieved – his record was a spectacular achievement.

The main motivation of Syroco is to drive breakthrough innovation, using the speed record as a catalyst. To go back to history, the space race in the 60s and 70s resulted in lots of fantastic inventions, many of them we use every day – ranging from satellite positioning (GPS) to Teflon, from programming languages to smoke detectors.

Their ships are carrying over 90% of goods in the world. They are one of the largest contributors to the extinction of our planet. These companies don’t have a strong track record in terms of innovation. We believe we can help them.

LM: How big is the team at Syroco, and what skillset were you looking for when you launched your recruitment drive?
Alexandre: We are getting close to 20 people, most of them based in Marseille. The team is made up of naval architects, mechanical and fluid dynamics engineers, structure and materials experts, simulation and data engineers, and construction and experimentation specialists.

I am very proud that we have managed to attract three PhDs and a bunch of other brilliant folks, who are all sea lovers and are super motivated by the project. 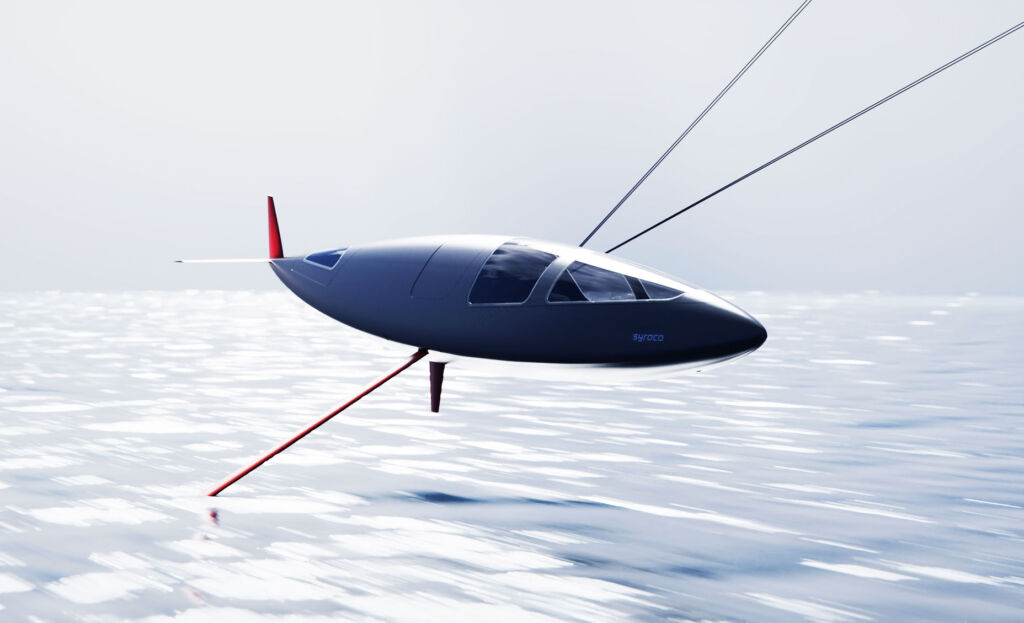 LM: You describe your technology as “Formula E for the sea”. How much of your designs and innovations are focused on sustainability and making our oceans cleaner?
Alexandre: All of them! It’s not always obvious at first glance, but speed is actually much more closely linked to sustainability than it may appear. Take Formula E, for example. The research done on batteries, engines, or even braking systems make modern electric vehicles safer and more efficient, and more economically viable.

For the speed record, we started from a blank sheet of paper and had to reinvent the mere concept of a sailboat, reducing it to its simplest expression: the “aile d’eau” concept. Along the way, we developed tools and equations, but also unique expertise, in maximising the use of wind energy and decreasing parasitic forces such as drag.

By using these tools and our numerical simulation capabilities, we can apply the same equations to the energy efficiency of a containership or of a 40-foot leisure yacht powered by hydrogen (these are not random examples, but projects we are actually involved in).

At the end of the day, better efficiency means less fuel consumption and/or improved economics for alternative energy deployment (hydrogen, electricity, wind…). This is our concrete contribution today to making oceans (and the atmosphere) cleaner. 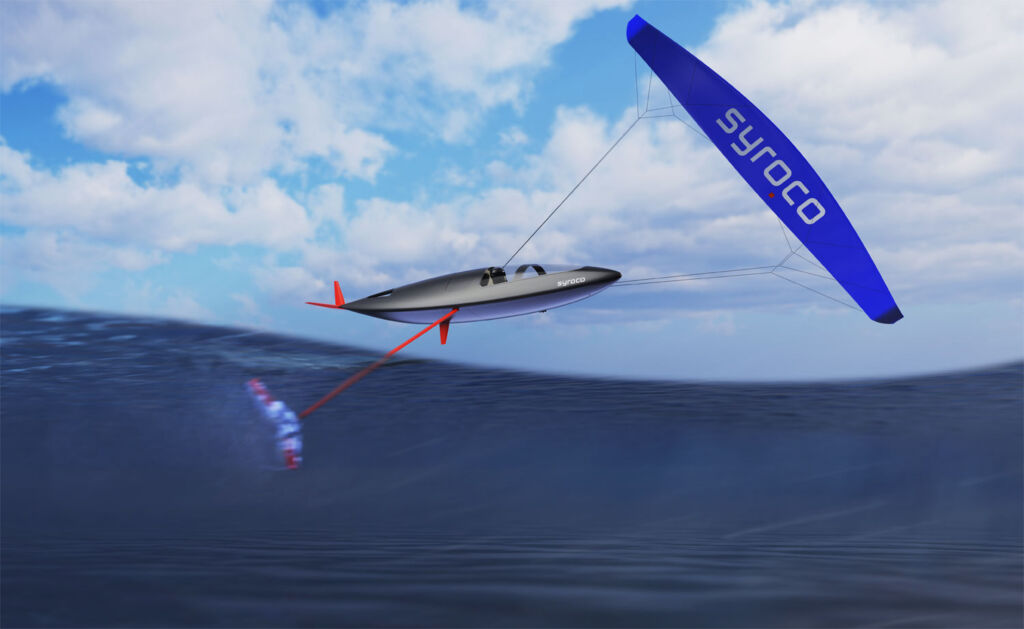 LM: Please give us a brief overview of how the speedcraft works when on the water and what it’s made from.
Alexandre: The way it works is very interesting, indeed. It is following the concept of the “aile d’eau”, invented by Luc Armant, a member of our technical advisory board.

Basically, the aile d’eau is made up of two parts. First, a wing (an aerial kite) provides driving force (in the direction of movement), upward force and leeward force (downwind force). And second, a hydrofoil, the sole purpose of which is to compensate for the vertical force (downwards) and to provide a side force (oriented to windward).

The aile d’eau directs the aerodynamic and hydrodynamic forces until they are perfectly opposed, thus eliminating the heeling moment of the vessel. Consequently, the notion of righting moment disappears, and it is no longer necessary to have recourse to the use of masses or specific appendages, which generate additional drag. 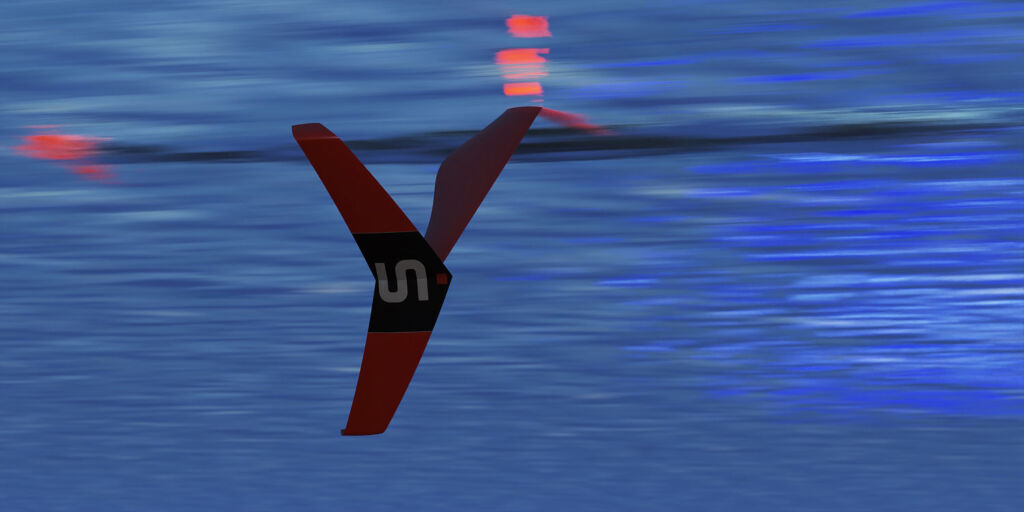 Power limits preventing the use of the full propulsive force generated by the wing are overcome. And, in between the kite and the foil, the speed craft literally flies over the water. It will be made primarily of composite materials.

LM: How important is aerodynamics for such a challenge?
Alexandre: Fluid mechanics are of the utmost importance for Syroco! Not only aerodynamics but hydrodynamics too. Aerodynamics play a big role in two areas. The first one is the efficiency of the wing (the aerial kite). We need to have maximum power with minimum drag and an optimised transmission of that power to the speedcraft, to translate into maximised speed.

The second area is the aerodynamics of the speedcraft itself. Acting as a weightless craft, it is positioned into the wind. Its footprint must be minimal to avoid parasitic drag that would consume power and decrease speed.

Hydrodynamics is critical as well. The hydrofoil, immersed approximately one metre below the surface, is moving so fast through the water that it is functioning in what is called “supercavitation”. For this to happen, the low pressure created by the speed is causing the water to boil, creating a water vapour pocket around the foil.

Supercavitation is difficult to control, and therefore we have invested a lot of resources into a numerical simulation and actual tests. At this stage, our engineers have become very good in this field, which holds tremendous potential – not only for the speed record but in many other domains.

LM: How is Syroco funded, and how will investors achieve a return in the longer-term?
Alexandre: Fundamentally, Syroco is a tech start-up. This comes from the DNA of three of my co-founders, who have been involved in very successful software and big data companies in France and California. We have raised an initial round of seed funding from business angels, private investors who are in love with the sea, innovation and extreme challenges. And we are getting ready for a series A, where we are talking to many investment funds.

LM: Syroco already has high-profile partners on board. How can other potential sponsors and investors get involved with the business?
Alexandre: We only want to work with passionate people and companies who want to make a difference. Anyone who fits that bill is welcome to reach out. We are a nimble organisation: if there is a fit, we’ll find a way to make it work. Co-innovation, research team hosting and visibility, we have many options to work with partners. 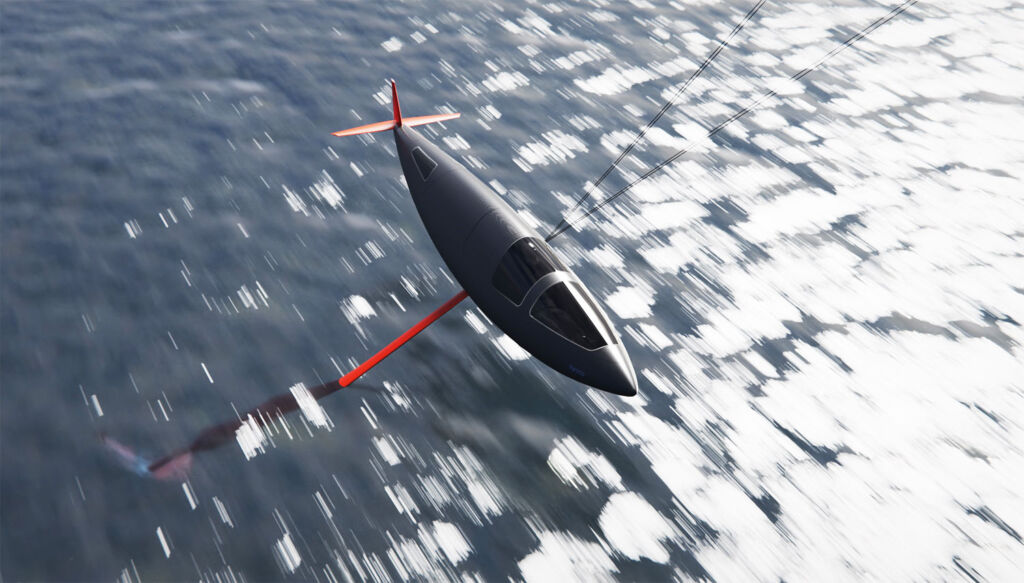 LM: Reaching such high speeds requires very careful planning in the rare event that something goes wrong whilst on the water. What safety measures are being incorporated into the design of the speedcraft? How has the Patrouille de France, the equivalent of the Red Arrows in the UK, been assisting with this?
Alexandre: You are right; safety is key! Especially since I’ll be one of the pilots! We are very grateful for the help we have received from the “best of the best”. Where they are assisting is in the design and implementation of safety procedures: what to do if something goes wrong.

You have less than a second to react, so the mechanisms must be ingrained in your brain – just like fighter pilots. What are the recovery manoeuvres? When do you push the red button or pull the ‘eject’ handle?

LM: The speedcraft will accommodate yourself and a co-pilot for the record attempt. What will each of your roles be?
Alexandre: The rules for the World Sailing Speed Record (which is strictly governed by the World Sailing Speed Record Council) have led us to opt for a two-pilot crew. The main task of the pilot (yours truly) will be to control the speed and direction of the speedcraft. The co-pilot will be like a navigator on board a fighter jet. Their job is to keep a close look at the whole system and provide the pilot with useful information to make the run smooth and efficient!

LM: When will the first prototype be ready to test?
Alexandre: We’ll have a radio-controlled prototype, measuring approximately two metres in length, ready by this summer. There won’t be anybody on board, but apart from that, all systems will be functioning as in the final speedcraft.

LM: When will the first attempt take place, where and what are the optimum conditions?
Alexandre: We expect to break the record in 2022, a little over a year from now. We don’t need crazy conditions, just a steady 30-knot breeze. This should be easy to find around Marseille, and we don’t expect to have to go very far from our headquarters, unlike my previous records that were set in winds of 50+ knots. This is also the power of our concept. It works with “standard” weather conditions.

LM: Assuming you achieve your goal of 150 km/h, what’s next for Syroco?
Alexandre: Even before we shatter the record, we will start to work on another “moonshot”. I can’t tell you too much about it yet, but be assured that it will be closely linked to decarbonising maritime transportation…

LM: Thank you for your time Alex, and we wish you the best of luck for the forthcoming world record attempt.

Alexandre Caizergues & Syroco – Where and How?

For more information on Syroco, to contact Alexandre Caizergues and for investment opportunities, visit https://syro.co/en/.
Syroco’s concept preview video can be viewed here.