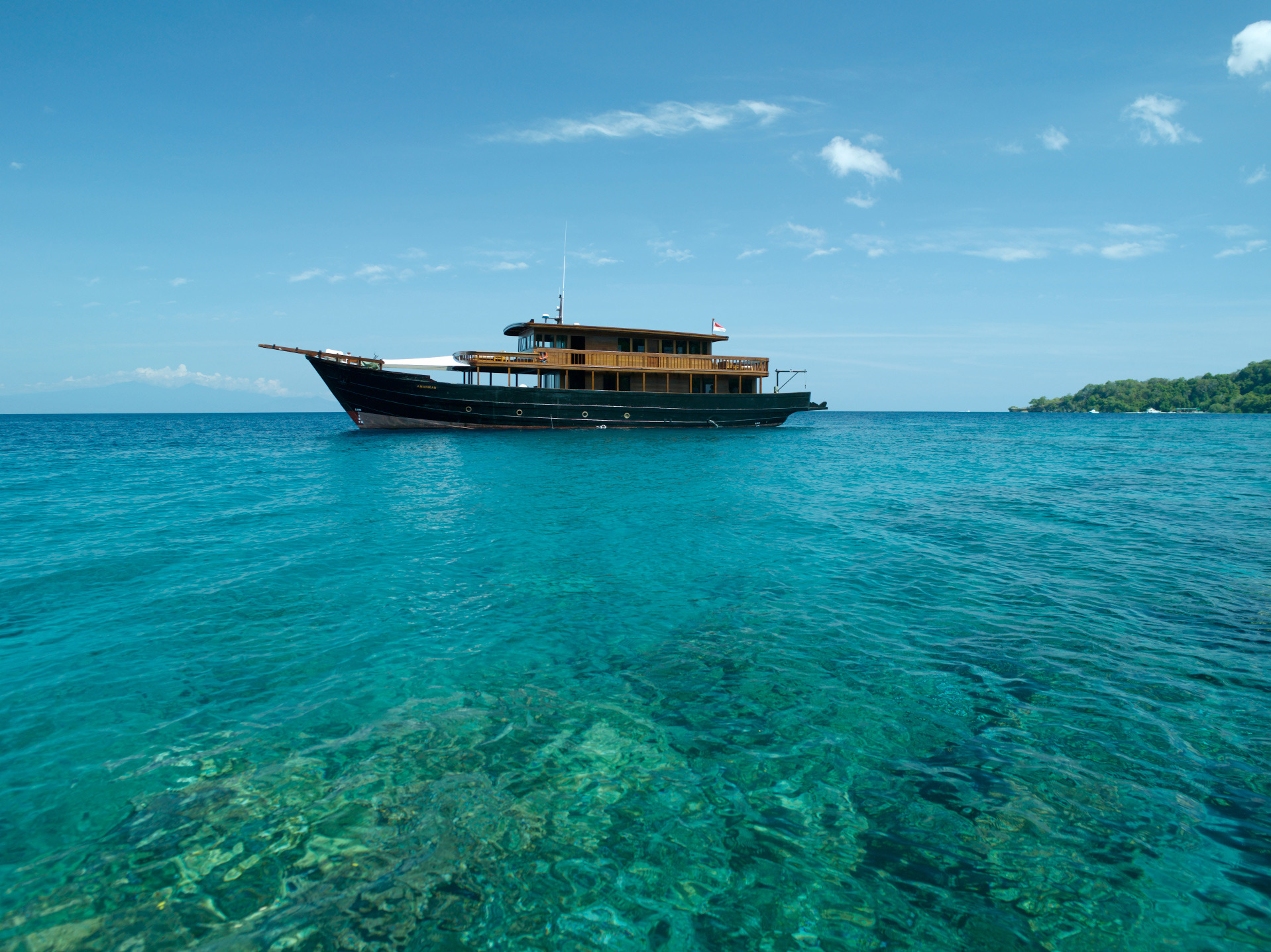 Passing the tiny islet of Yeben, we sailed further north off to Wofoh Island where we dropped anchor for an afternoon of fun in the sea, sand and sun. With the crew setting up day beds and a refreshment station on the beach and putting up a volleyball post as well as bringing kayaks, snorkelling gear and paddle boards, all we did were bring along our swimsuit-clad selves and sunscreen to ensure we had a good time. While some chose to go snorkelling, others played volleyball or paddle boarded and kayaked around this tiny island.

The next day was one of the highlights of this expedition. Cruising at around eight knots and crossing the equator, both the Amandira and Amanikan entered into the waters of the postcard-picture Wayag Island Chain, the shiniest pearl in the Raja Ampat Archipelago. The Raja Ampat Archipelago which is located between the Indian and Pacific Oceans has approximately 1,500 islands with over 1,300 species of fishes and over 600 different types of hard corals. Over 75 percent of the world’s coral species is found in Raja Ampat making this marine national park the richest bio-diverse marine area in the world.

Going on a tender tour of the Wayag Island Chain, everyone marvelled at the beauty of the islets with their steep, jungle-covered landscape and mushroom-shaped geography. Turquoise-coloured lagoons which are hidden behind white powdery sandy beaches look like a scene straight out of Fantasy Island, except that this wasn’t a movie set but for real. 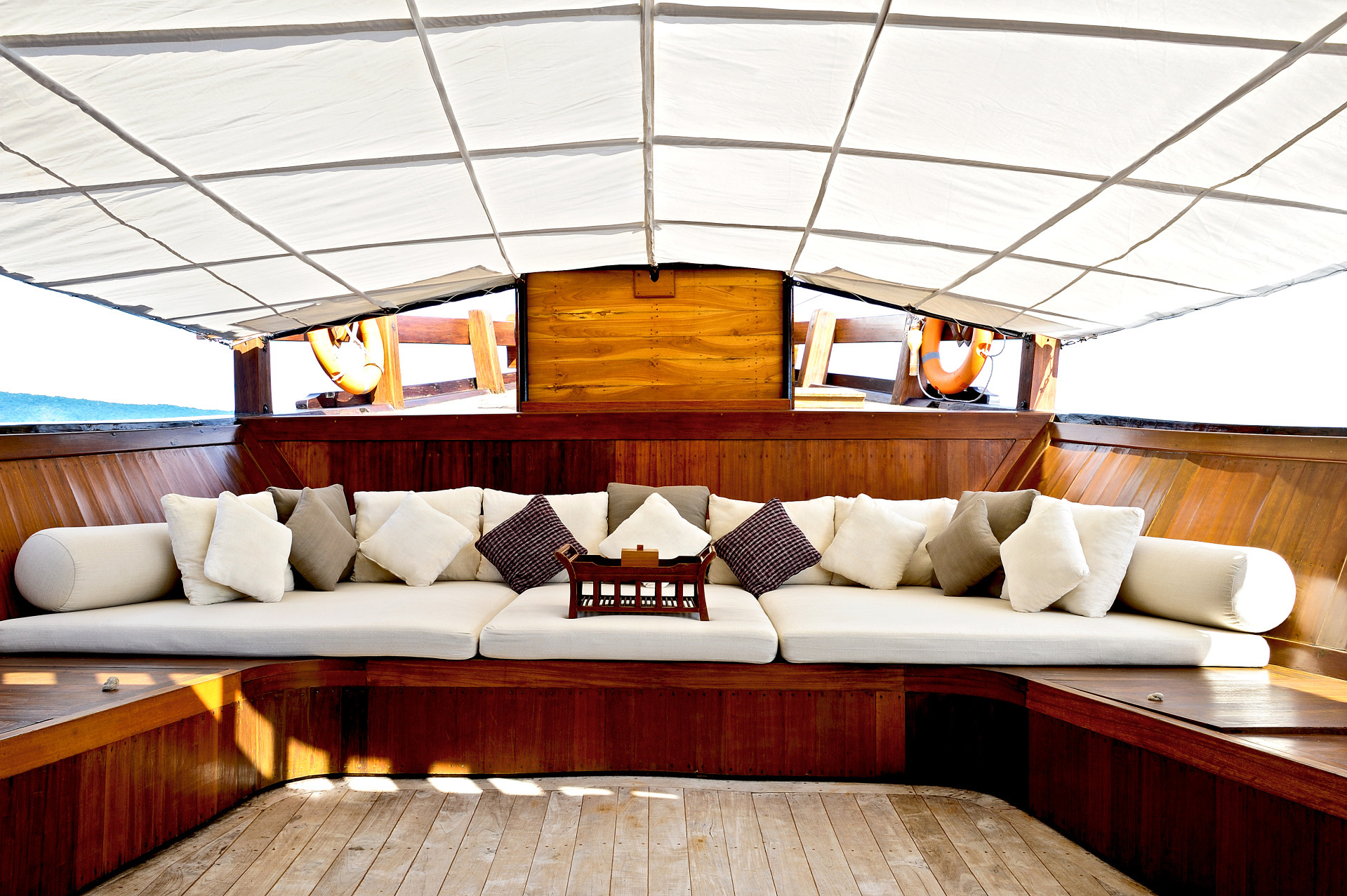 It was also on the third day where we swapped boats and I was looking forward to my stay on board the romantic Amanikan. As the older sibling of the two, the Amanikan is a 32-metre custom-built motor yacht and features three above deck cabins. I was in luck as I was assigned the Queen’s Cabin located on the main deck and at the stern of the boat. With a soothing décor comprising teak wood, rattan and a vaulted ceiling, it was the perfect place to retire to after a day of snorkelling or kayaking. An expansive foredeck was where the dining area and bar was located as was the lounging area which was built into the bow of the Amanikan. If anyone was looking for romantic getaway, one couldn’t do better that escape on a cruise on this most tranquil yacht. 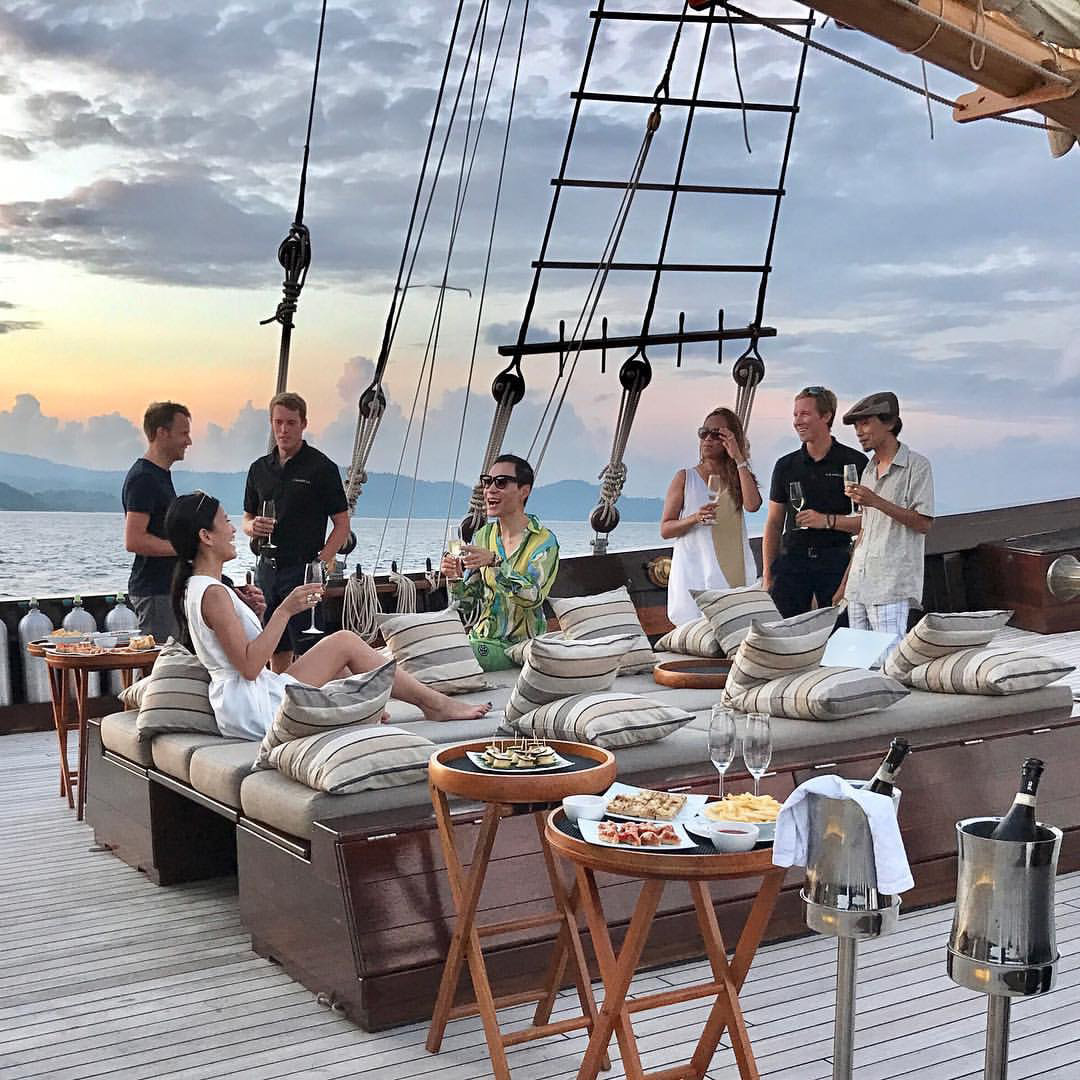 Later that evening, a beautiful barefoot beach barbeque dinner was arranged by the crew of both Amandira and Amanikan on Wayag Island. Illuminated with candles and fire torches and decorated with flowers and palm leaves, the delicious dinner was complemented by the crew serenading the guests under the moonlight and stars. Later, everyone released sky lanterns on this very special night and we all returned to our respective yachts with a full stomach and happy heart.