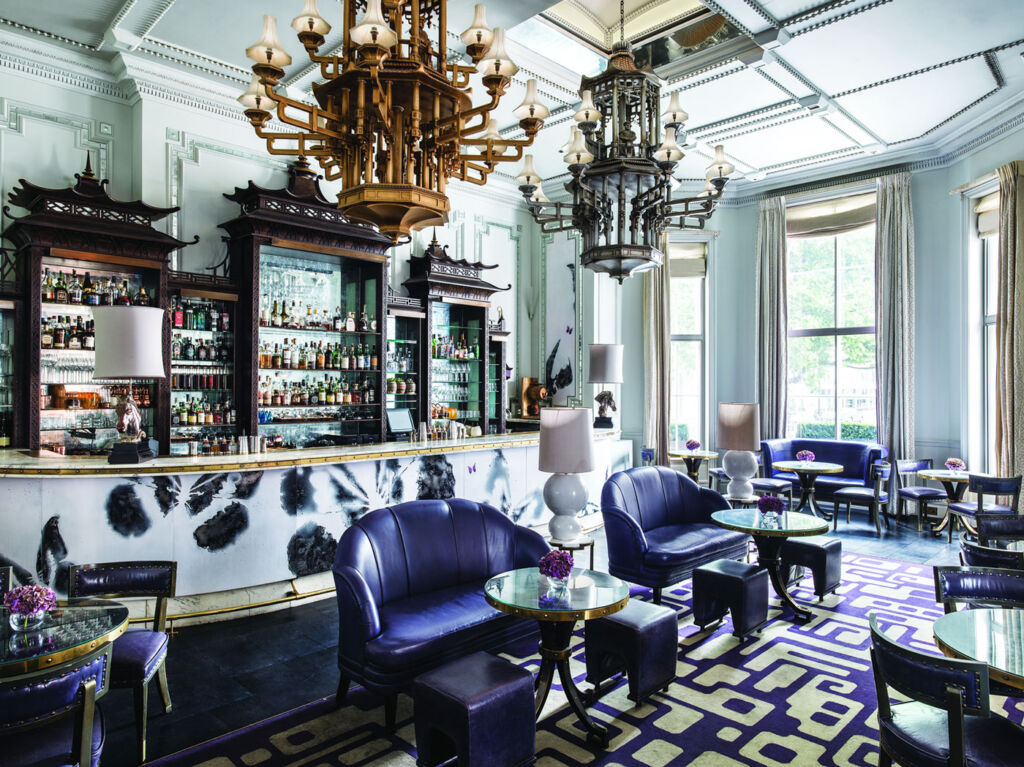 Simon Wittenberg goes back in time at The Langham, London’s Artesian Bar courtesy of cocktails that stir up memories of some of life’s key milestones.

Crowned the best bar in the world four years ago, the fame from the bygone era still pulls in the punters, and greets both hotel guests and non-residents in equal measure. The ultimate focus of this establishment is no longer where it sits in the global ranking, but the guest experience and the flavours sampled by visitors. There is no need to book, although it will fill up as the festive season approaches.

Launched in April this year, the new Moments menu which was conceived by Head Bartender, Remy Savage, and Bar Manager, Anna Sebastian, is centered around the key milestones in your lifetime, starting from the beginning, passing through the stages of school, love and kids, and culminating with when you look back at what you have achieved over the years.

This is the second menu that a trio of ex-Little Red Door bar employees have worked on, after joining Artesian as recently as last November, and it is presented in a nice booklet with a series of specially-commissioned artworks to illustrate each “moment”.

On a Saturday night, Artesian is busy, but there is a nice atmosphere, and the bar can accommodate around 85 guests at a time. Visitors are seated between the imposing pillars and under the large and elegant chandeliers. Behind the bar, Remy and his team certainly put on a theatrical performance, as if to reinforce their expert credentials.

With some complementary rose sorbet, a sprinkling of spiced honey nuts and peppery rice crisps, it was time to peruse the creations which each come with their own distinct flavours to conjure up feelings so as to be able to reminisce with the right drink in hand. Being a whisky fan, I settled on the “You Turned 30” (£18), although this age does remain a distant memory. It was concocted using Glenfiddich 15 Year Old, Sauternes (a French sweet wine made from Sémillon, Sauvignon Blanc and Muscadelle grapes), orange wine and isolated tannins which are distilled from red wine to leave rich bitter flavours. As the “base” of this drink, the whisky was undoubtedly the dominant flavour and you could tell that this cocktail was not short on its alcohol content. It was also elegantly presented with a hexagonal block of ice which was topped with thinly sliced pieces of red grape that almost looked like radish. I rather enjoyed it, and could have easily had another…

My other half tried the “You Went to Big School” (also £18). Served in a tumbler, and garnished with a form of dried, almost caramelised mango flower, and to finish off this cocktail, our host sprayed the drink with a bottle of “leather” mist which is achieved using ingredients such as anise and ogave spirit to help you cast your mind back to the smell of the classroom. Being largely apple-based, it was made with Blanche de Normandie (derived from the distillation of cider), almond lemonade, apple and Meadowsweet (a similar flower to the Marigold). It was an acquired taste, but was nevertheless enjoyable enough.

Our hosts then appeared with a surprise, a plate of five bubbles filled with the “It All Began” cocktail, also from the Moments menu. Our host proceeded to explain what they were, and warned that if you don’t get it right first time when putting hand to mouth, the contents will embarrassingly shoot out on to adjoining guests, with there being no margin for error. The idea is to sample the drink, and then chew on the herb to get a different aftertaste. With the instructions clear and without hesitation, I opened wide and in went the bubble. As it burst, it was a slightly watery concoction, but it was the Scarlet Cress, which has a mild flavour of red beet, that left the long-lasting impression. It was an entertaining concept and something that I hadn’t seen before, but somehow, it did work. The other choices of herb on offer included anise, Floregano and a variety of basil.

With the selection of cocktails clearly combining the elements of skill, imagination and creativity, Artesian Bar did leave us wanting to return to sample more memorable moments.

It’s nice to see a bar evolving its offering, trying something new and not simply keeping to the traditional favourites which is a formula that risks leaving you behind. We will therefore certainly be keeping a close eye on what Artesian does next… 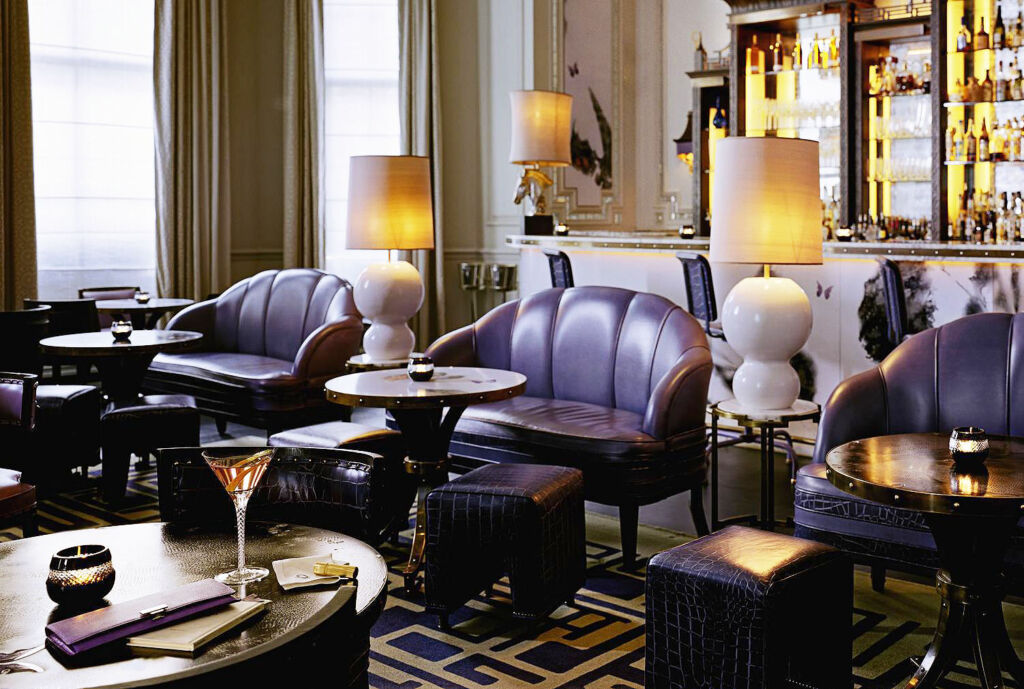 Artesian – Where and How?

Artesian is located at The Langham, London is located at 1c Portland Place, Regent Street, London W1B 1JA. For more information, or to make a reservation, visit www.artesian-bar.co.uk.