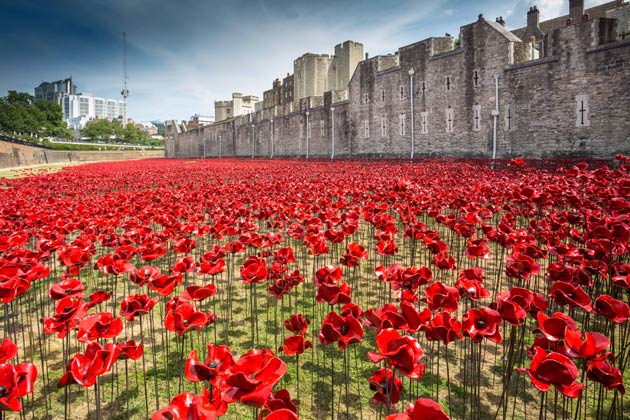 Paul Cummins was, up until this summer, a relatively unknown artist who devised and created the renowned ‘Blood Swept Lands and Seas of Red’ installation which currently resides at the Tower of London.

The installation has been widely recognised as a monument to the centenary of the First World War – and he continues to state that it wouldn’t have been possible without the support of people and businesses around the country!

You might have heard Paul’s name being mentioned when people talk about visiting the poppies at the tower, but Paul is the man who has remained in the background of the whole project, preferring his ceramic designs, set on the gorgeous backdrop of the historic British Heritage site to speak for themselves.

Paul’s huge art installation consists of 888,246 ceramic poppies, one for each British and Colonial fatality during the Great War, it stretches around the dry moat of the Tower of London, rising and falling around the entrances and exits, creating a vibrant display for all who visit. Each poppy has been handmade either by Paul himself, his team stationed at his studio in the East Midlands, or in two of the other ceramic studios helping to produce the poppies.

Following its unveiling at the Tower on the 5th August, volunteers from all over the UK, as well as all over the world, plant 50,000 poppies a day to ensure that all 888,246 are in place by the time the installation finishes on Armistice Day, the 11th November.

Paul had the thought of creating this astonishing artistic display after looking through some old records in Chesterfield and reading the will of a Derbyshire man who joined up and died in Flanders – his words touched him and an idea sparked in Paul’s head.

Already known for his striking ceramic and wire mix installations displayed at prestigious venues such as the London Olympics, Chatsworth House and Blenheim Palace, to name a few – Paul Cummins Ceramics’ latest artistic achievement has catapulted his work into the public domain across the world.

Paul remains staggered by the response that this installation has gained from the general public, and the comments from people from across the world who have travelled to plant a poppy and be a part of his vision and the memorial to those who gave their lives in The Great War. Paul says, “I’m astounded at how people have reacted to this installation – and how it has become more of a community project than anything else. People want to be a part of this – make sure they make their own mark, plant their own poppy – and to inspire people in this way, that makes me feel truly proud.”

Additional to Paul’s installation, each night at twilight at the Tower the names of 180 serving military men are read out in a roll of honour to mark their sacrifice. The poppies are currently being sold and will be sent to their new homes after the 12th November. 10% of the sale price from the sale of the poppies will be distributed to six service charities: Combat Stress, Coming Home, Help for Heroes, the Royal British Legion, SSAFA and the Confederation of Service Charties (Cobseo). After the costs for the production of the poppies has been recovered, the net proceeds will also be split between the six charities. 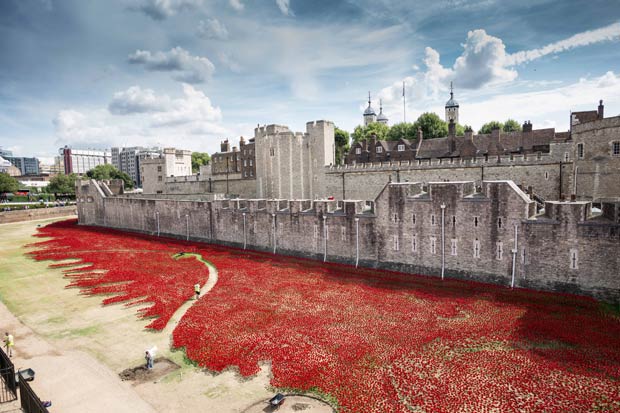