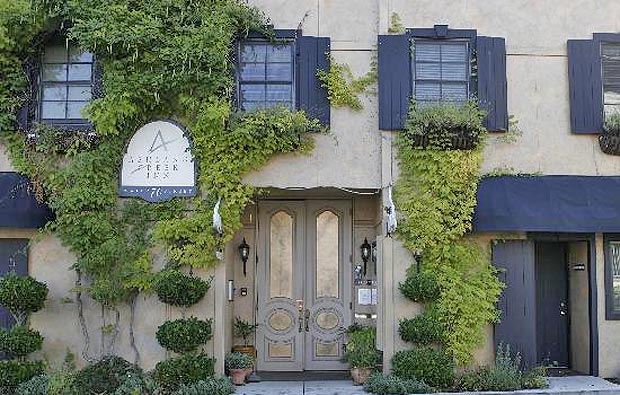 Halfway between San Francisco and Portland is the Ashland Creek Inn a ten-suite luxury inn hidden away in an idyllic Oregon mountain town that the Washington Post called a “dream you’ll never want to leave.”

A dream within a dream, luxury suites at the Ashland Creek Inn give guests a first class base camp to experience the world famous Oregon Shakespeare Festival at its doorstep and explore natural wonders such as Crater Lake in its bioregional backyard. Since opening its doors a decade 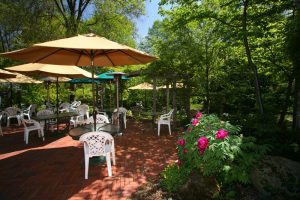 ago, Ashland’s only all-suite inn has become a perennial pied-à-terre for patrons of the town’s annual ‘ode to Shakespeare’’, the nine-month festival that Time magazine ranked one of the top five regional theatres in the country. But beyond Broadway-quality theatre, access to world-class natural wonders coupled with a culture of near non-stop festivals celebrating everything from local food to international film has put the boutique inn and its tiny town on the map for a new generation of travellers for whom the play’s not the only thing.

Ashland serves as Oregon’s southern-most gateway town to the up-and-coming Rogue Valley wine region, home to over 60 estate wineries. The Rogue’s celebrated culinary culture attracts foodies from far and wide who come to explore the remote wilderness wine region and enjoy events such as including A Taste of Ashland, Food & Wine Classic, the Oregon Cheese Festival, World of Wine Festival, seasonal Farm to Fork dinners, and the weekly Rogue Valley Growers Market. An astonishing array of fine dining can be found mere footsteps from the inn’s front door. From traditional French to modern Asian to nouveau Northwest, acclaimed restaurants including Amuse, Loft Brasserie, Kobe, and Peerless put a special focus on showcasing seasonal, sustainable fare from local Oregon farms and fisheries.

Closed to the public, the Ashland Creek Inn’s nouveau Northwestern kitchen features a full-time chef who is renowned for accommodating any culinary request. During the Rogue Valley’s extended sunny season, guests enjoy fine dining alfreso each morning with breakfast on the property’s private 1,200-square-foot creekside deck. Esquisite restaurant-style presentations are prepared with the finest, freshest locally-sourced ingredients. Before departing for the day, guests of Ashland Creek Inn can expect to enjoy hearty gourmet entrees such as smoked salmon and cream cheese souffle, lemon ricotta pancakes with housemade elderberry sauce, wonton eggs with white truffle hollandaise, and other seasonal delicacies.

Film and music
Once just a tiny timber town, Ashland’s transformation into one of America’s top tourist destinations is thanks in large part to its many festivals. For five days each spring the Ashland Independent Film Festival plays host to top film-makers and thousands of their fans. Screened at the historic art-deco Varsity Theatre, the festival is cited as one of the top reasons why the town was included in the popular travel guide A Thousand Places to See Before You Die. For 50 years, Britt Festivals has been the Pacific Northwest’s premier outdoor summer performing arts festival. The festival’s naturally-formed amphitheatre sets the stage against a backdrop of spectacular scenery that makes it a favourite venue of chart-topping artists across every genre. 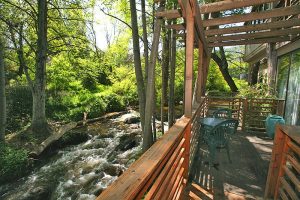 Ashland Creek Inn is nestled along its namesake, a rushing year-round creek that is the lifeblood of Lithia Park, a botanical wonderland bordering the 1.8 million acre Rogue River-Siskiyou National Forest. The New York Times wrote that “On a sunny day, nothing is more pleasant than strolling through the 93-acre Lithia Park”. The inn’s luxurious creekside suites are less than a day trip away from outdoor recreation such as Crater Lake, Class V rapids, top-rated ski runs, and an extensive wilderness trail system that earned the region the title of America’s #1 geotourism destination by National Geographic.

Winter wonderland
Off-season guests benefit from Ashland Creek Inn’s traditional winter specials that offer up to half off their regular rates. Wintertime visitors return year after year to ski Mt. Ashland’s notoriously challenging runs and enjoy annual holiday celebrations such as the “grand illumination” of Ashland’s Festival of Light when over one million lights meticulously moulded to every building light up the town for festive season.

The suites at Ashland Creek Inn 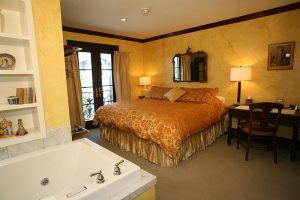 Each suite at the Ashland Creek Inn is a world unto itself with both a private entrance and private deck overlooking a picture-perfect, park-like setting. Reminiscent of an old-world hotel, all ten suites were personally appointed by innkeeper Graham Sheldon with rare antiques and artifacts brought back from his extensive travels to exotic locations around the world. Named for their inspiration, suites include Caribe, Canton, Copenhagen, Devon, Edinburgh, Marrakech, Matsu, Normandy, Sienna and Taos.

Each suite at Ashland Creek Inn showcases at least one signature museum-quality piece. The luxuriously-appointed bathroom of the Marrakech Suite is entered through a ten-foot, hand-carved door that once adorned an historic Moroccan villa. The Sienna Suite features original Italian decor including antique photography that Sheldon found in the bottom of a forgotten box at Bolognese antique shop. The Copenhagen Suite is a tribute to mid-century Danish design with an authentic hand-made Hans Wegner Peacock chair identical to those on exhibit at the Smithsonian and the Museum of Modern Art.

A family tradition
For innkeeper Graham Sheldon, renovating historic hotels runs in the family. Bringing the building back to life as the Ashland Creek Inn was a family affair that involved the expertise of his father George “Bing” Sheldon, founder of the architectural firm behind the transformation of Portland’s landmark Meier & Frank Building into the luxury LEED-certified.

Visit www.ashlandcreekinn.com for rates and reservations at Ashland Creek Inn.