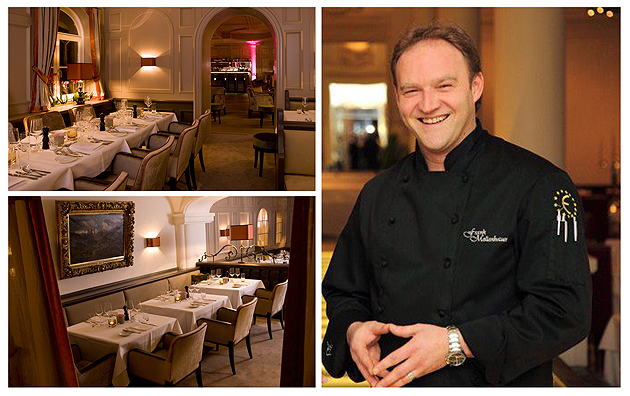 With the opening of Euro-Asian restaurant Laulenzi, the hotel continues to stick to its mission of providing a fresh cosmopolitan air to the area and make palates swoon at the same time.

As hotelier Korbinian Kohler explains, “With the Laulenzi restaurant, we are introducing a fresh culinary concept to Tegernsee: international fusion cuisine of the highest quality, a real first for the region.”

2012 is set to be a year of celebration for the traditional Bavarian inn as it also marks the 150th anniversary of Hotel Bachmair Weissach and the completion of extensive renovation work.

The Story of Laurenzi
The unusual namesake of the new fusion restaurant was a humble kitchen-hand known as Laurenzi, who worked at Bachmair inn when it first opened. In 1862 the young man set sail for the Far East in order to acquaint himself with the many mysteries of the Orient, both in terms of cuisine and women. The lothario proved to be such a hit with the local female population that his departure from the Hong Kong harbor was accompanied by many longing calls of “Laulenzi, Laulenzi”. Back in his homeland, Laurenzi’s culinary discoveries were committed to paper and then quickly forgotten. Fast forward 150 years and the newly discovered travel journal has provided the inspiration for executive chef Frank Mollenhauer’s fusion menu at Laulenzi restaurant.

East Meets West
The eatery perfectly complements the existing international culinary culture at Hotel Bachmair Weissach. The European-Asian fusion menu features such innovative dishes as grilled scallops with enoki mushrooms served with a candied grapefruit and asparagus salad and sweet spring rolls with mango coulis and chili-raspberry sorbet. An elegant dining atmosphere is designed through tasteful furnishings upholstered in champagne velvet and intimate lighting. Guests at Hotel Bachmair Weissach are spoiled for choice when it comes to culinary experiences with a choice of dining at the Tagesbar café, Gasthof zur Weissach, Kreuther Fondue Stube and of course the Bachmair Lounge. Each offers a very different dining experience but one thing is guaranteed, the very highest quality of ingredients and cooking overseen by chef Frank Mollenhauer.

Mollenhauer has previously worked at Michelin starred restaurants such as Restaurant Lakme in Aachen, Germany and Chateaux Neercanne in Maastricht, Netherlands. However the gourmet chef is equally at home creating traditional Bavarian dishes for which the region is known.