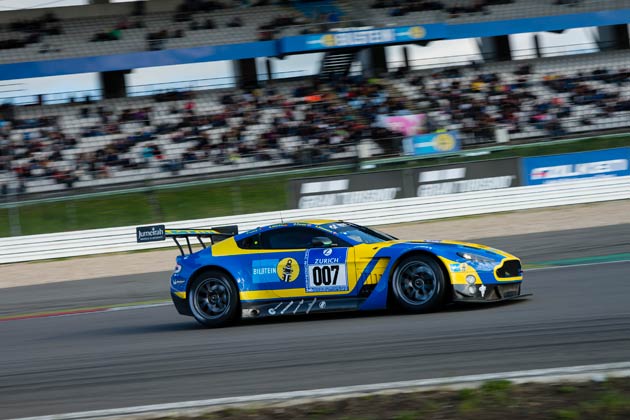 Aston Martin has performed exceptionally well at qualifying at the Nürburgring 24 Hours. The #007 V12 Vantage GT3 secured second place under glorious sunshine in front of thousands of motro-sport fans.

The V12 Vantage GT3 wore its stunning blue and yellow livery and is run by Luxurious Magazine official partner Aston Martin Racing. The car performed flawlessly during the two earlier qualifying sessions to secure its spot in the front row of the grid. Pedro Lamy, a former 5 time N24-winner then took to the wheel to complete two flying laps in the new style qualifying format and was the second car to be flagged away following a lottery draw for the starting order. 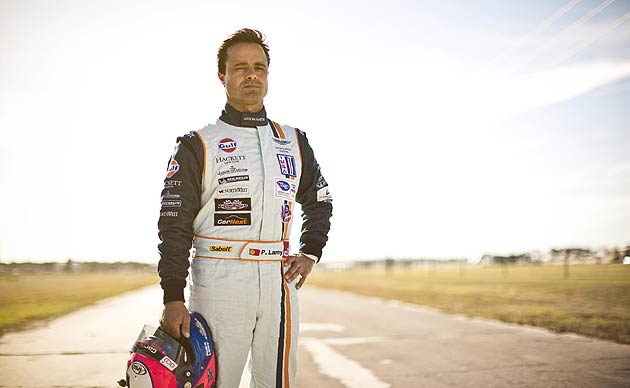 Pedro sat in 7th place after his first flying lap and knowing that a major improvement was needed, shaved over 2 seconds of his next lap, clocking 8:18.362 to take secure a front row position.

David King, Head of Motor sport at Aston Martin comments: “Given the strength of the competition here that’s a remarkable performance by the Aston Martin Racing team. What a great way to set us up for our centenary celebrations – the whole team is absolutely delighted.”

Pedro Lamy adds: “It was great that I could start from second position and get past the first place car in the warm up lap. I got two clear laps and the car was perfect, the set up allowed me to push hard and the team did a great job.” 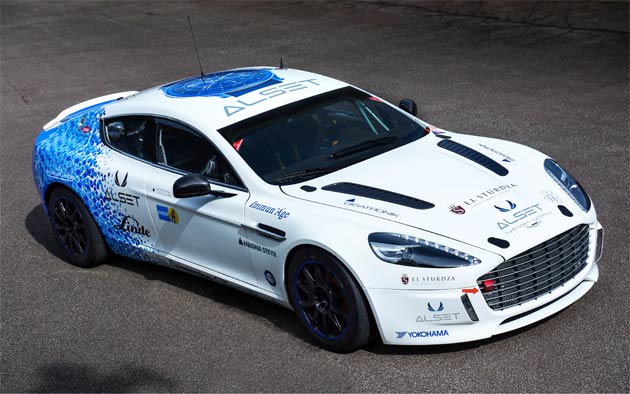 Perhaps even more impressive was the qualification of the Aston Martin Hybrid Hydrogen Rapide S. The 6.0-litre V12 twin-turbocharged prototype – based on Aston Martin’s new four-door, four-seat, naturally aspirated Rapide S – was developed with the support of renewable energy experts Alset Global to showcase Aston Martin’s commitment to engineering innovation in its centenary year. Earlier in the day all four drivers of the Hybrid Hydrogen Rapide S completed a lest one lap on pure hydrogen!

During the Nürburgring 24 Hours, the the Hybrid Hydrogen Rapide S racer will run on a blend of gasoline and gaseous hydrogen with the intention of completing at least one lap during each driver stint on pure hydrogen.

Dr Bez commented: “We exceeded our already very ambitious target of completing a full lap of the Nürburgring and went on to cover 40 km in race conditions – nearly two laps – before the car automatically and smoothly switched to gasoline power.”