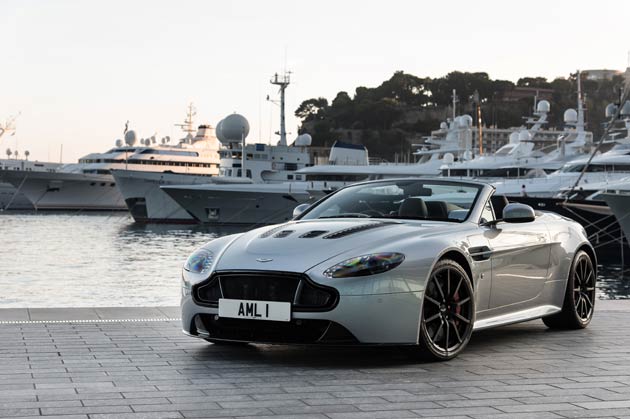 This fantastic lifestyle invite not only included a stay at the sensational 5 Star Luxury Cap Estel Hotel and a visit to the amazing €16.500.000 Columbus 40S Hybrid Yacht, but also included the keys to their scintillating new Aston Martin V12 Vantage S Roadster, for an amazing drive  through the beautiful picturesque Côte d’Azur and its spectacular mountainous regions. 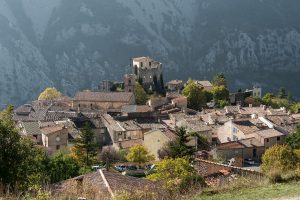 The Côte d’Azur, with its romantic setting and magnificent scenery, is synonymous with the rich and famous of both past and present, who have enjoyed the charismatic flamboyance that the area exudes. There is a wonderful mix of luxury residences and hotels, classic French/Italian style houses, and medieval villages spread along some of the world’s most beautiful coastlines, hills, mountains and rock ranges, that just makes the Riviera so irresistibly charming and alluring.

With much excitement and anticipation, and after my short plane trip, I arrived in the south of France at Nice airport, where I was picked up by my driver, courtesy of Aston Martin. I was taken through Nice towards the fabulous Cap Estel Hotel, where I was greeted by the extremely warm and welcoming Aston Martin team and hotel staff.

The hotel sits upon its own 5 acre private peninsula along the gorgeous Côte d’Azur coast and facing the Mediterranean Sea, the 5 Star Luxury Cap Estel Hotel is conveniently a short drive from both Monaco and Nice. 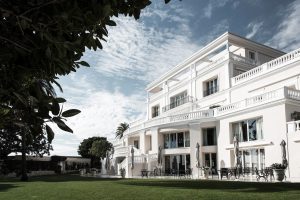 The Hotel was originally built as a summer house in the 19th Century by a Russian Prince and has also played host to many well known guests, including George Pompidou, Greta Garbo, The Beatles, David Niven, Catherine Deneuve, and Lewis Hamilton. All of which adds to the romantic and glamorous setting and feeling you get when walking through the impressive front entrance of the hotel, seeing the palatial lobby that leads into the elegant and ornately chandeliered lounge and bar area.

The staff at the hotel were very attentive and conducted themselves with a professionalism that one could expect from a 5 Star hotel and after a very smooth transition to my room, I was then treated to an amazing lunch in the summer bar by the saltwater infinity pool, which boasts breathtaking views overlooking the Mediterranean Sea. The food served, as expected was first class and again everything was carried out to a very high standard and together with the spectacular views, helped by the sun being co-operative, made for the perfect setting for luxurious relaxation and self-indulgence. 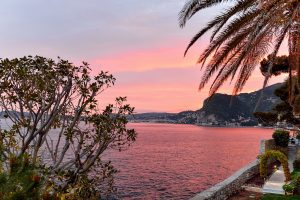 While sitting in the summer bar and looking back at the hotel, you get to see the opulent beauty of the design of the hotel, with its balconied rooms and terraces, to the grandiose double stairs flowing down to the well manicured and lush lawn and glorious garden area. I could have sat there forever!

My room was situated along the far side of the hotel, again with a view looking out at the Mediterranean Sea and standing on the balcony looking out at the beautiful coastline was a real pleasure. The room itself comprised of a walk-in wardrobe with ample space and also included a safe to keep your valuables in. The main room was a lounge and bedroom combination, separated by a large TV, which could be turned to face either way. I will say though, that I found the bed to be a little too firm and the pillows too soft for my taste. However, the bathroom was very luxurious and well appointed, with a bath, walk-in shower, and two separate sinks.

Dining at the hotel comes courtesy of their very own Michelin Star Chef, Patrick Raingeard, who heads the restaurant at Cap Estel. The cuisine on offer showcased much of the fresh local produce with seasonal vegetables and seafood being high on the menu. The food was always well presented and was both a delight to look at and taste. Another area that Cap Estel excels in, is its well stocked wine selection, which was beautifully presented and served by their experienced sommelier.

Throughout my stay at Cap Estel, the staff was extremely attentive and courteous, and for me that is what makes the stay even more special. Merci beaucoup!

With the superb hotel in the background, Aston Martin had thoughtfully parked one of their imposingly gorgeous V12 Vantage S Roadsters by the summer bar, where we were given a brief tour and introduction to this very impressive automobile. 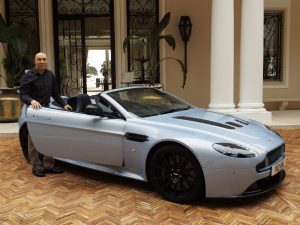 This Roadster simply oozed sex appeal, giving a real sense of purpose to its intended use for performance, but with that certain degree of sophistication that Aston Martin are renowned for.

Of course the real test is how it would feel to drive, and with that, we were taken to our test car to judge for ourselves. See the full story of our test drive and all about the Aston Martin V12 Vantage S Roadster.

The next day, after our drive of the V12 Vantage S Roadster, we were treated to a visit and a look around the very modern looking and luxurious, ‘Columbus 40S Hybrid Yacht’, moored at the Monaco Harbour. It was a little unfortunate that the weather was against us on this visit, however once aboard the 40 metre yacht, it was a pure delight.

The Columbus 40S Hybrid Yacht utilises two diesel engines, plus two electric motors, creating the hybrid propulsion power plant which has been implemented to optimise fuel consumption at lower speeds, but then provide high performance when needed, which all helps to reduce the environmental impact. 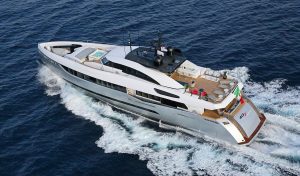 While diesel power is used, the Yacht has a top speed of 23 knots and comfortable cruising speeds of between 18-20 knots, while the two electric motors will allow 8 knots of quiet and vibration free cruising on their own.

Its innovative design combines sporting prowess and luxurious comfort together. It comes with an amazing well-appointed spec, that includes versatile interiors, which can sleep up to ten guests in five staterooms with the owner’s suite, and a study on the main deck, and a nine crew accommodation area. There’s also ample space for dining and lounging around on the inside and if required the surrounding glass doors can be fully opened to provide even more space.

The exterior deck areas are stylish and elegant and provide comfortable areas for sunbathing or relaxing in the Jacuzzi. It is truly a pleasant place to relax on those island to island trips – it was just a pity the weather for us was not ready to show us just how good that would have been.

Luxurious Magazine and Mike Lee, would like to thank the Aston Martin team and everyone involved in the lifestyle event held in Nice France. It was a truly wonderful experience, with first class hosts.