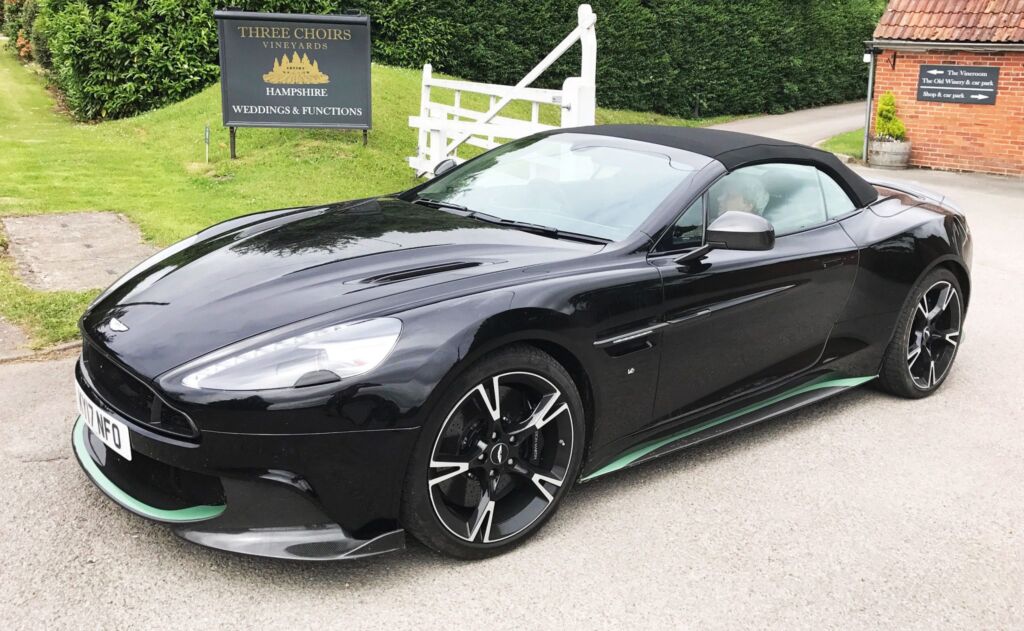 Luxurious Magazine was handed the keys to an Aston Martin Vanquish S Volante, so Jeremy Webb jumped in the driver’s seat.

Aston Martin’s Vanquish S takes GTs to a new level and the marque has produced a Super Grand Tourer, which takes on other manufacturers and triumphs over them.  In fact, Aston is calling it the ultimate Grand Tourer, and I would not disagree. It is a Two-door coupe body style with tailgate and 2 sports seats which at a push can take an adult over short distances.

Performance is truly awesome with top speed 201 mph, and 0-60 mph in a blink of an eye at 3.5 secs. 580 BHP is produced from the AM29 V12 engine making it the most powerful GT engine, Aston Martin has ever produced. 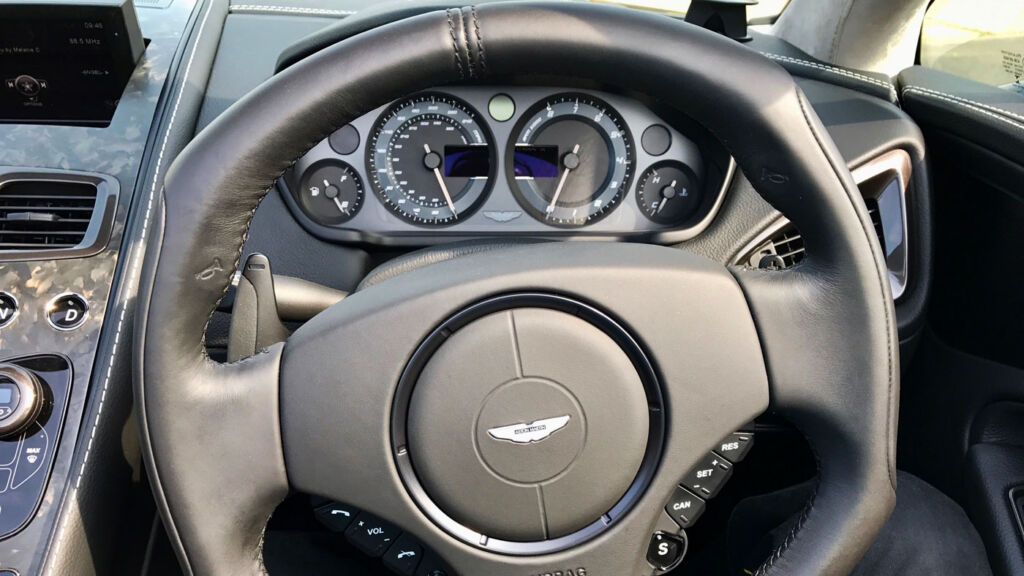 The DB11 is a GT but the Vanquish S is another level up. Combining the immense power with the most advanced gearbox AM have manufactured. Touchtronic III transmission delivers the staggering BHP to the wheels, via eight gears, changing in 130 milliseconds.

An alloy torque tube with Carbon Fibre propeller shaft Reduces weight which allows the shaft to turn faster, putting more useable power to the wheels. The driver has more control over the gear changing via the intelligent shift by wire system. Paddles on the steering wheel are ergonomically positioned so the driver is always in full control over gear changing and direction. 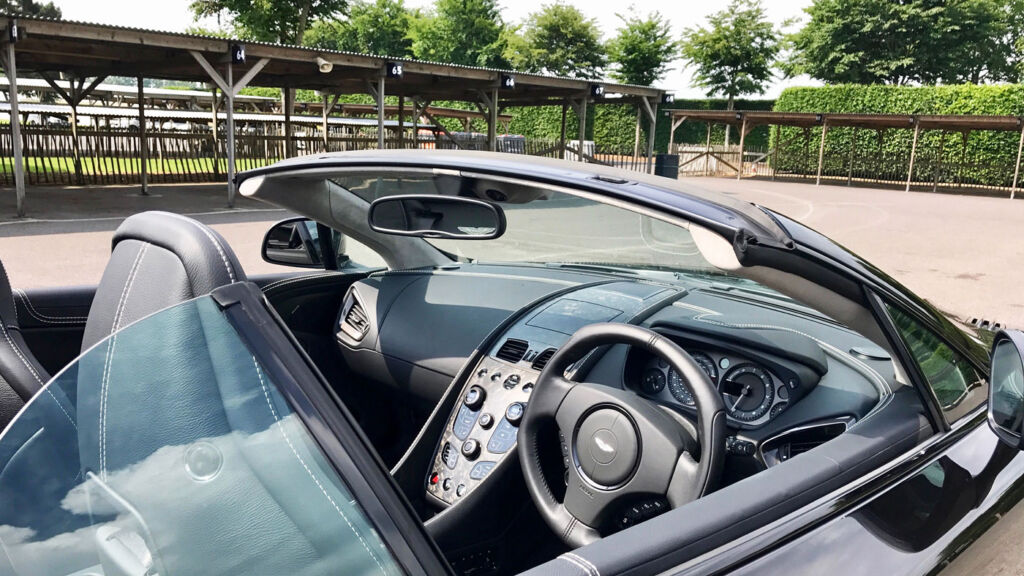 I drove the Volante version, which is the convertible option and beautiful with the top down. It is designed and, engineered to function perfectly. Every external panel is made from aerospace standard carbon-fibre, making Vanquish S immensely light while remaining structurally strong.

The responsive from the accelerator is immediate and putting your foot down brings a great big push forward and a huge smile from all occupants. The noise that comes with this is music to any petrolhead, with the V12 engine growling harmoniously. A True Euphony of cylinders working hard together. The Vanquish is a real head turner and People stop to look at it. Other drivers put thumbs up or gesture with an ok sign. Very pleasing. It is a beautiful car with curves in all the right places. Rear spoiler perfectly moulds into the boot seamlessly.

The test car came with carbon fibre detailing and a mint green inlay. Hundreds of options are available for trim outside and in. Craftsmanship is seen throughout with hand stitched upholstery, marble effect control panel and in all parts of the car. 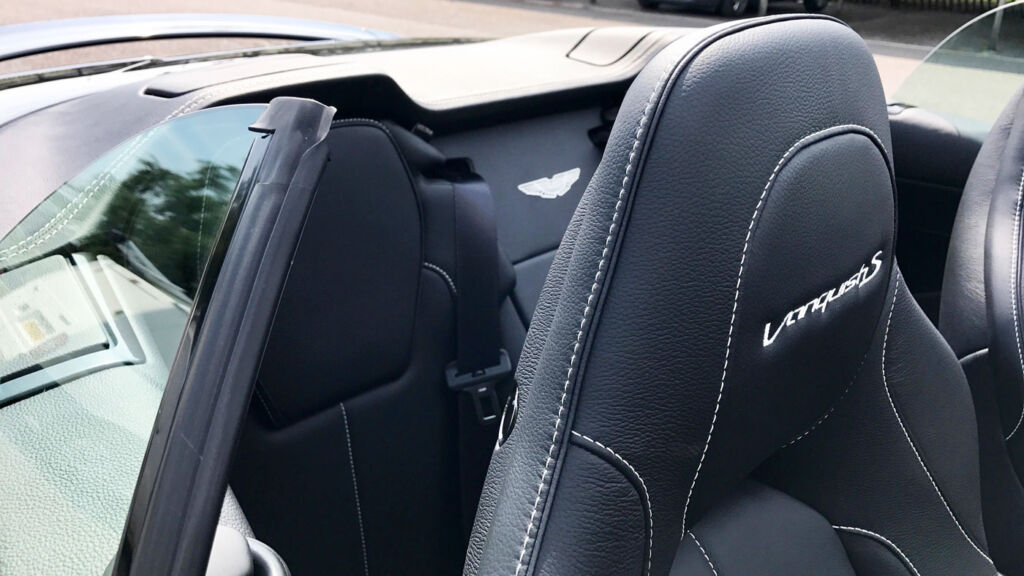 The Vanquish hugs the road superbly, so the driver can enter both tight or sweeping corners faster, knowing the car will stick to the route taken. Then on exit, they can put the power on quicker and allow the wheels to push the car faster. The grip is amazing.
Matt Becker, Chief Engineer “Ride, steering and handling are beautifully attuned to create a dynamic character.”