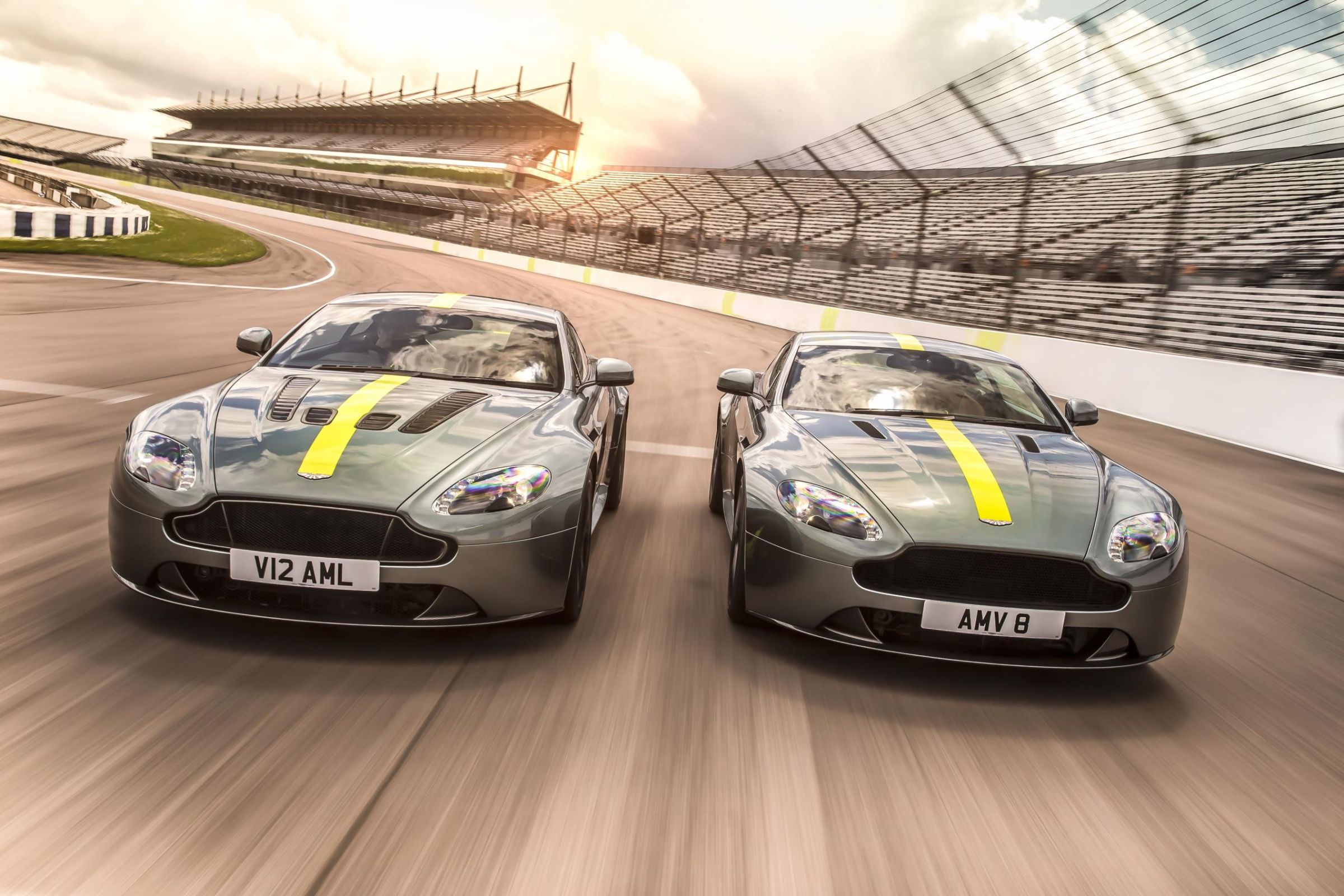 The Vantage name has long been synonymous with more extreme performance Aston Martins since the 1950s, so it’s entirely appropriate that the Vantage AMR should be the first series production derivative of Aston Martin’s new race-inspired performance range.

Launched at the Geneva Motor Show earlier this year, AMR amplifies and accentuates the sporting prowess of the British marque’s road cars, by taking inspiration or direct influence from Aston Martin Racing’s participation in the FIA World Endurance Championship; a series with which the marque tasted world championship success with factory drivers Nicki Thiim and Marco Sørensen just last season. 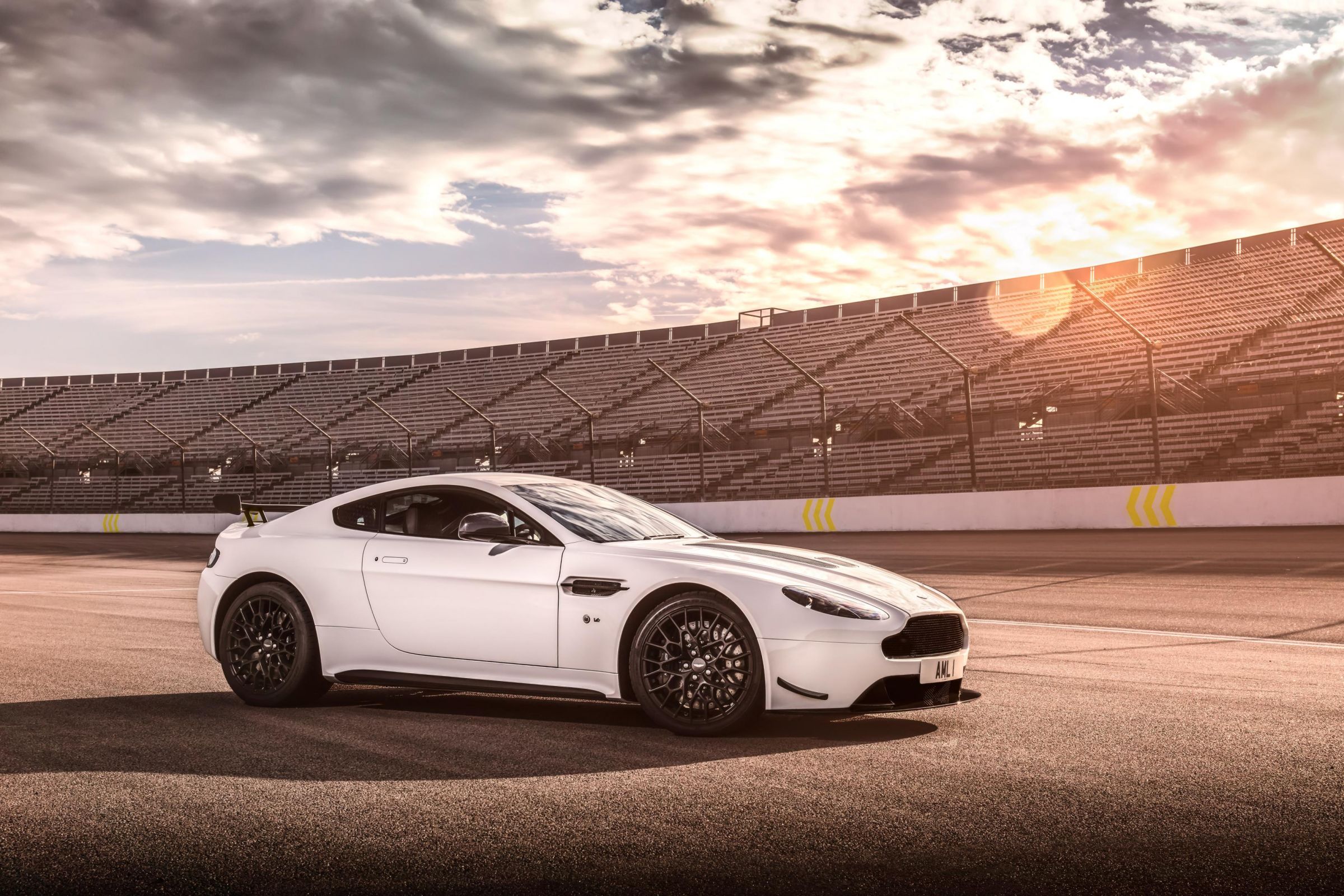 The AMR brand has two distinct tiers. Series production limited-edition models such as the new Vantage AMR sit at its entry point, while extreme and extensively modified AMR Pro models, created by Q by Aston Martin Advanced Operations, sit at the pinnacle of the range, including the exclusive Vantage AMR Pro unveiled at this year’s Geneva Motor Show. 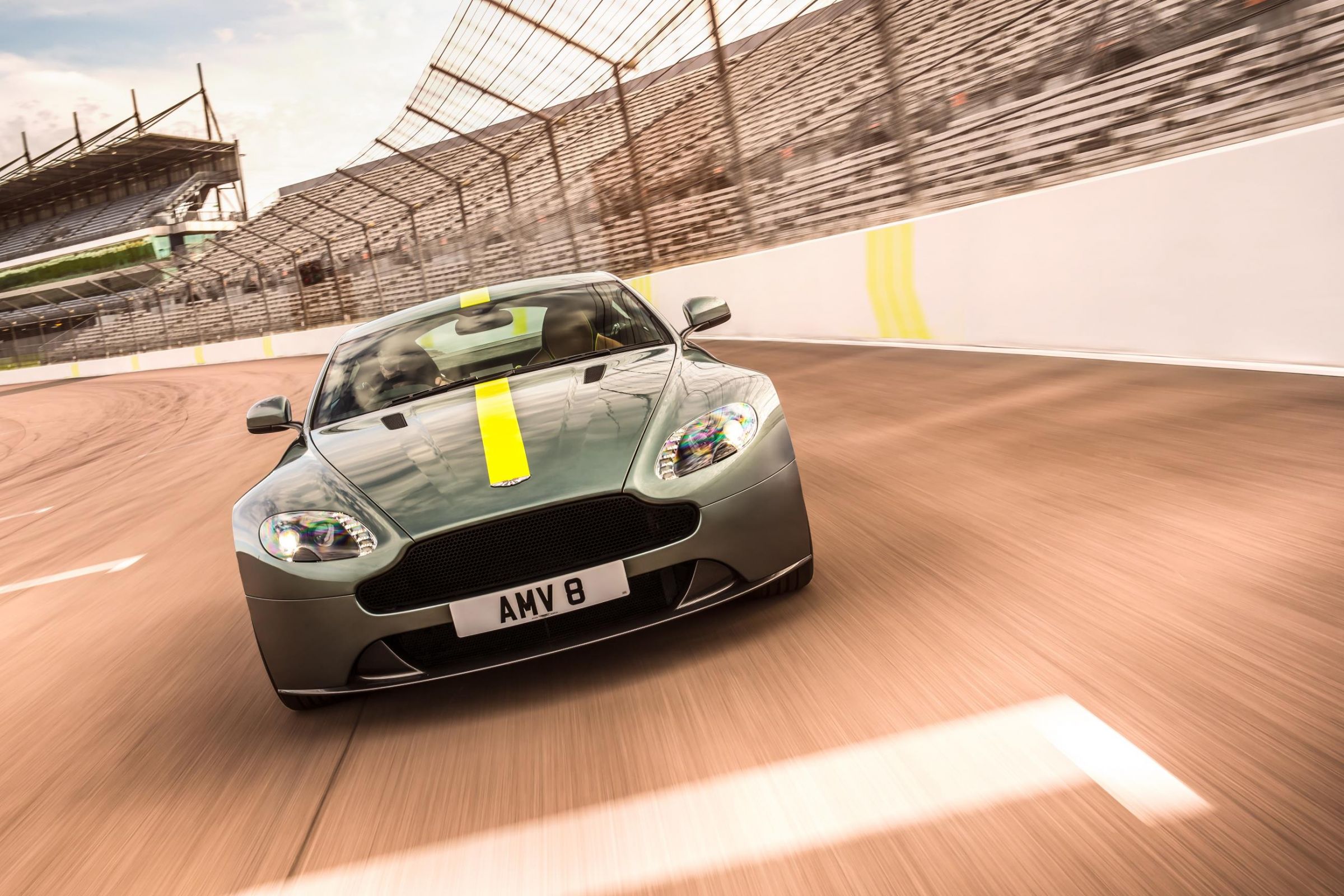 As you would expect, the Vantage AMR stays true to Aston Martin’s passion of offering cars with sharpened looks to match their vivid performance and vibrant character. A celebration of Aston Martin’s worldwide success across GT4, GT3 and GTE categories, the Vantage AMRs are offered both with 430bhp V8 or 595bhp1 – up from 565bhp – V12 powertrain options.

Both engines are fitted with automated sequential manual paddle-shift transmissions, or for the purist, six and seven-speed manual gearboxes in the V8 and V12 Vantage AMRs respectively. 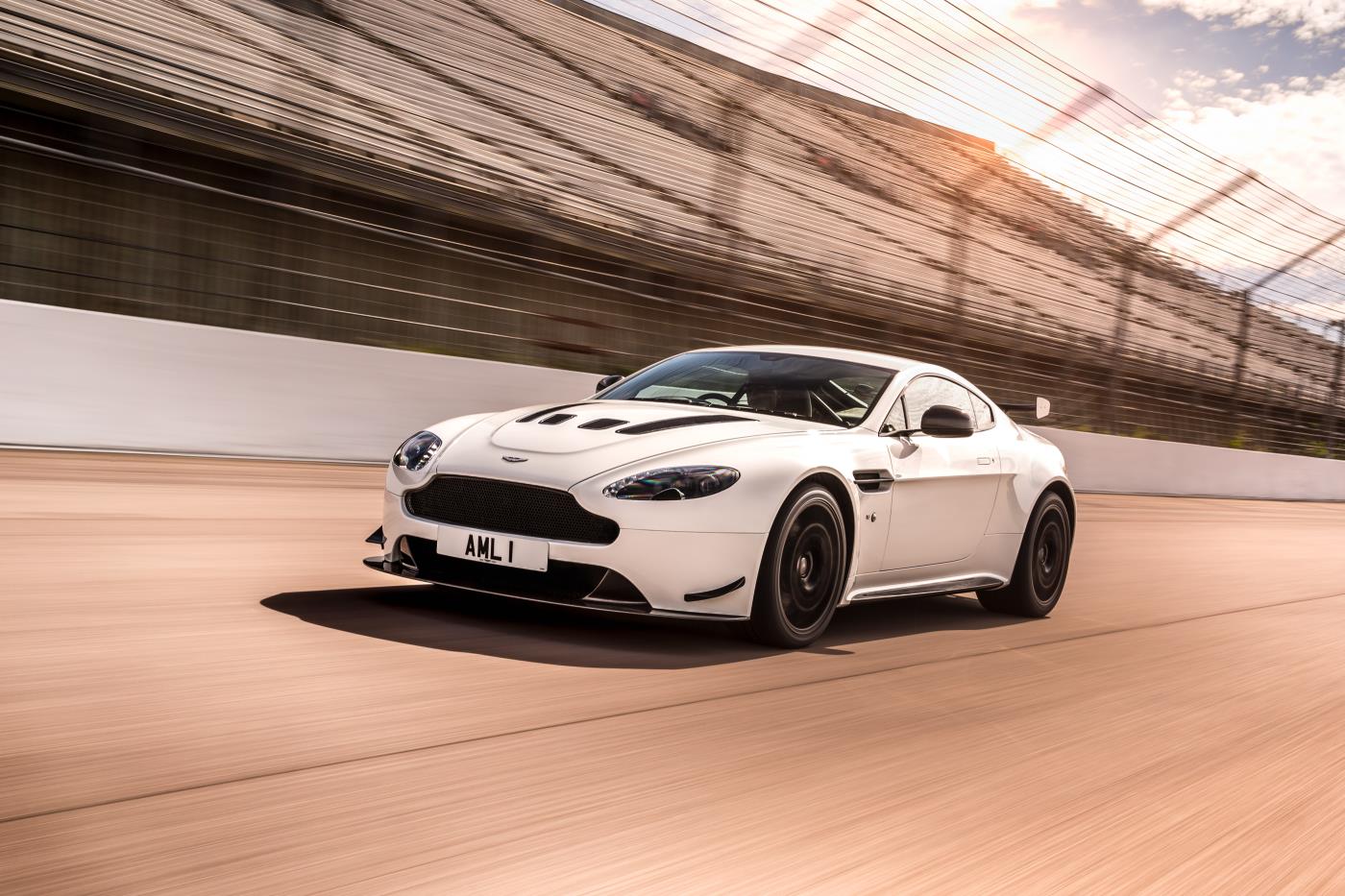 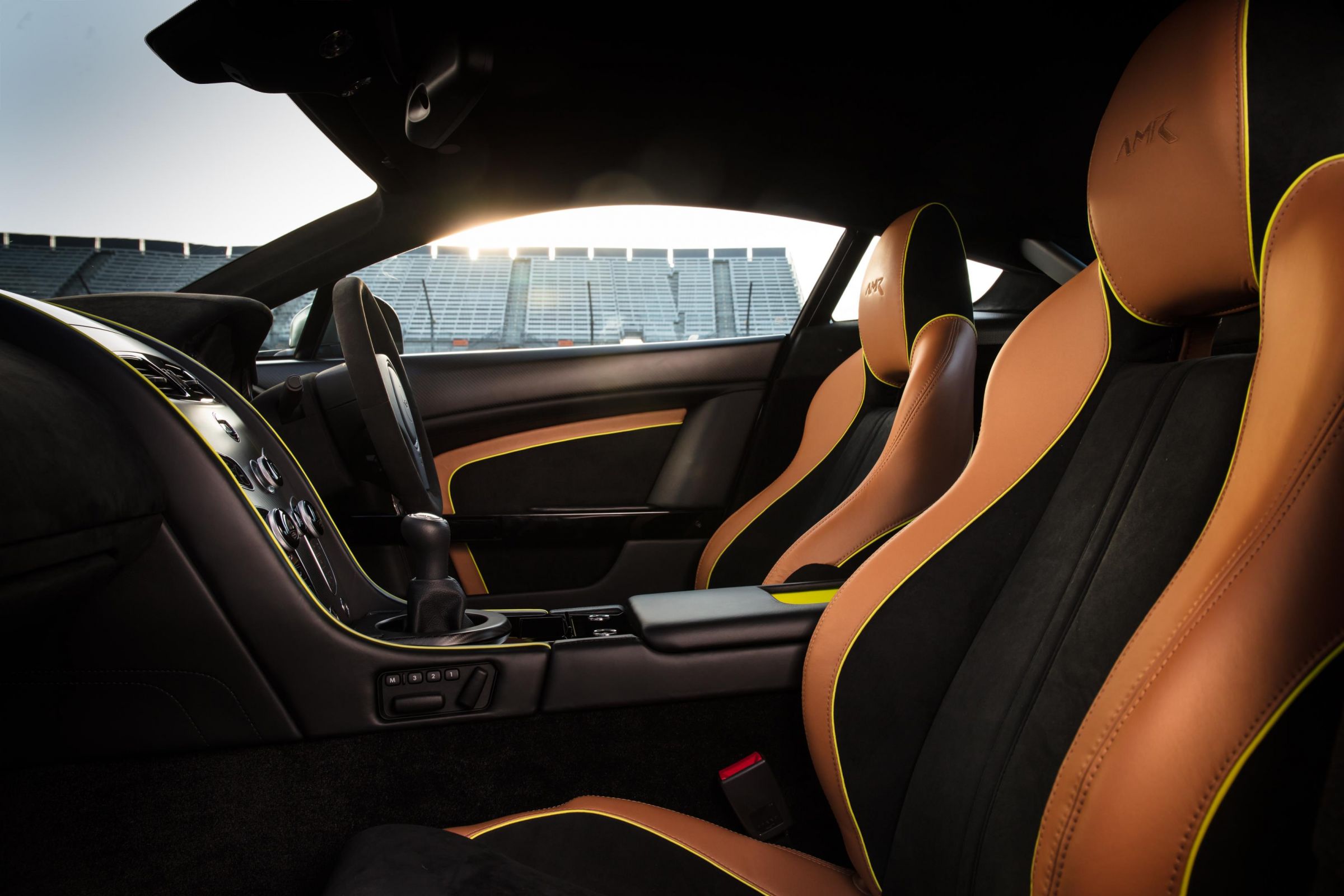 Each of the exterior schemes is matched to a different interior scheme that demonstrates Aston Martin’s mastery of materials and hand-craftsmanship to perfection. With a combination of leather and Alcantara for the Vantage AMR Coupes and all-leather for the Vantage AMR Roadsters, each interior scheme has been carefully chosen to compliment the exterior colours. In keeping with its exterior the Halo Pack features boldly contrasting colours, including Lime Green welts and accents. 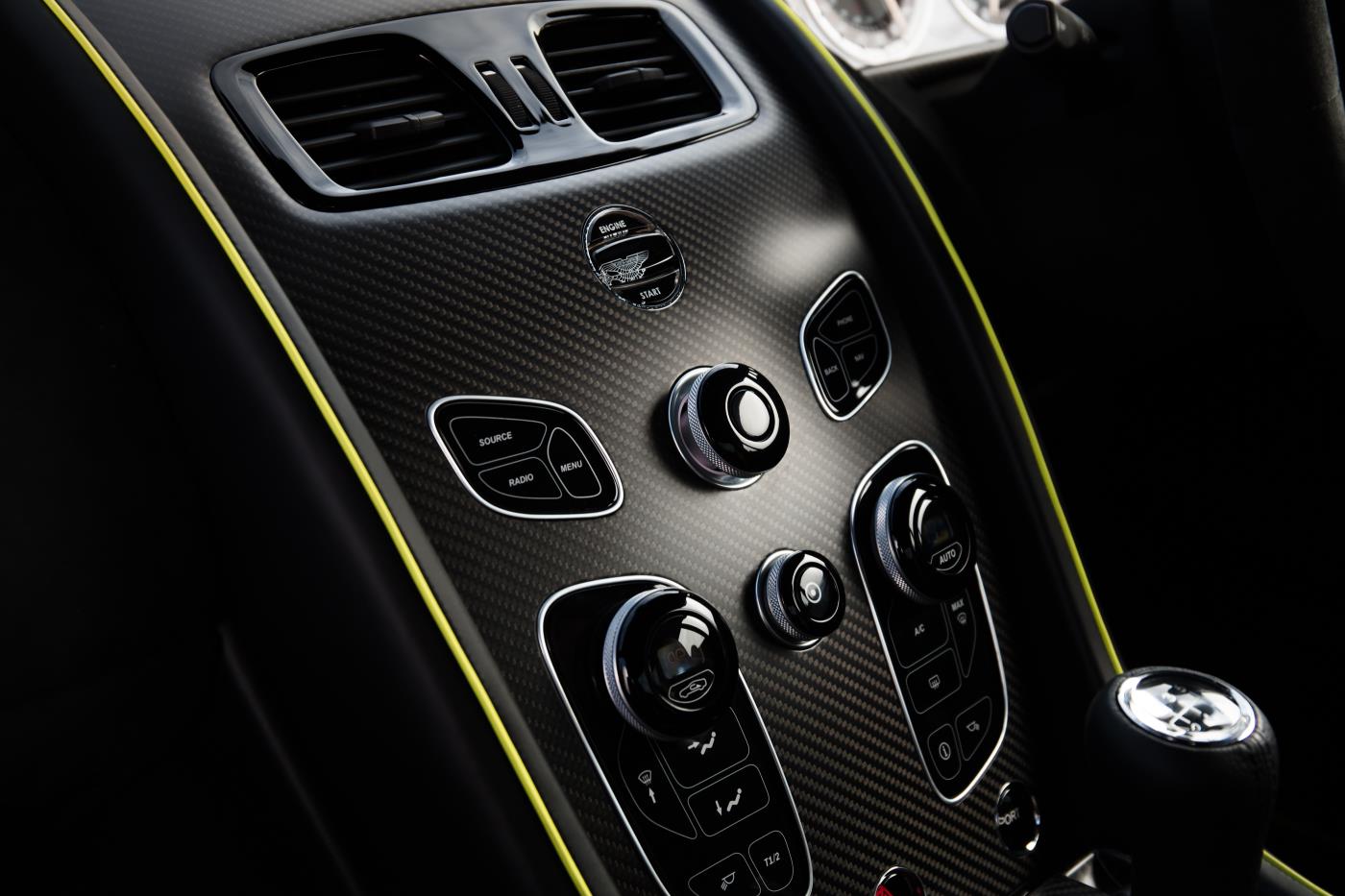 Lightweight carbon fibre seats are offered as part of the extensive range of interior and exterior options. These include a suite of other carbon fibre features, including a lightweight front grille, side strakes, lamp infills and mirror caps on the outside, instrument surround, door tops and door grabs on the inside. There is also a choice of three different finishes for the V8 Vantage AMR’s 5-spoke alloy wheels and the V12 Vantage AMR’s lightweight 10-spoke alloy wheels.

For those who wish to add further finishing touches and personalisation, the Vantage AMR can be specified with additional options from the new AMR Accessories range. The most dramatic of these is the AMR Aero Kit. Produced in partnership with Aston Martin Racing, the extensive aerodynamic package for coupe models is constructed from carbon fibre and features front splitter and dive planes, plus side sills and a fixed rear spoiler. Another highlight is the optional forged aluminium AMR Vantage wheel, which mimics the design of the wheels fitted to the Vantage AMR Pro Concept shown at Geneva. Further weight savings can be made with the AMR titanium exhaust, which saves 14kg over the standard V12 Vantage system, sounds sensational and helps to sharpen engine response.

Aston Martin President and CEO, Dr Andy Palmer, said of the Vantage AMR: “It’s a real thrill to see our first AMR model go into production. The Vantage has been an incredible success for Aston Martin, both in V8 and V12 forms. As our most agile and athletic road car, and our long-time representative in the world of GT racing, it is the perfect model with which to introduce the exciting AMR range. Unmistakable in look and feel the Vantage AMR will appeal to our most enthusiastic customers. These are people who love our cars for their motorsport pedigree, and for their unmistakable dynamic and emotional qualities. Limited production numbers will undoubtedly make them extremely collectible, but they’re so good to drive I’m confident we’ll see many of them being enjoyed both on the road and at track events around the world.” 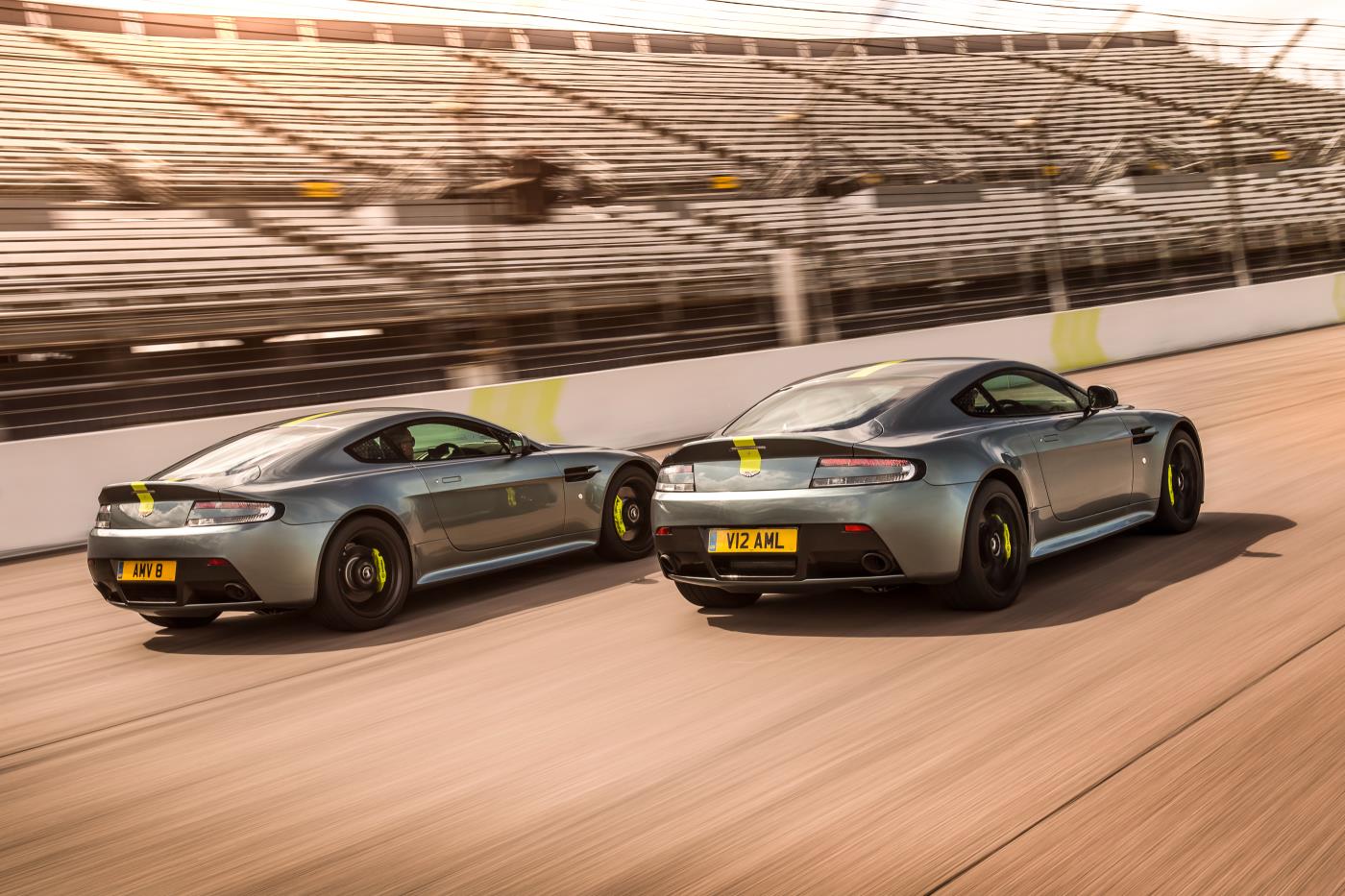 Both V8 and V12 Vantage AMR models are available in both Coupe and Roadster body styles in selected markets2, with recommended retail prices starting from £97,995 in the UK and €126,995 in Germany. Deliveries are scheduled to commence in Q4 2017.

Both Vantage AMR models will be on display at this weekend’s 85th running of the 24 Hours of Le Mans, as Aston Martin Racing returns to the Circuit de la Sarthe in search of GTE class victory.