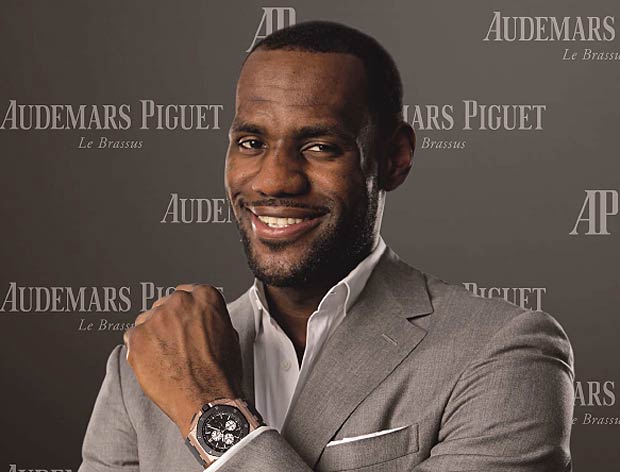 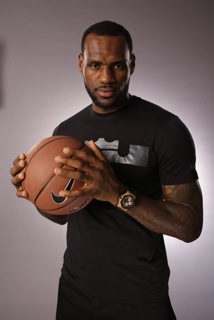 In addition to the NBA Championship trophy, LeBron lifted the Finals MVP Trophy, as he was named “Most Valuable Player” of the Playoffs. Already the league’s best player this season, all attention was drawn to him during the Finals series for scoring the majority of points that brought the Trophy home for Miami Heat.

LeBron James led his team in these play-offs and showed the depth of his greatness, a combination of strength and speed that is practically unmatched in the game. He finished his masterful run with a triple-double, averaging 28.6 points, 10.2 rebounds, and 7.4 assists in the Finals.

LeBron James has been a brand ambassador for over a year. He is a sportsman that perfectly embodies the Audemars Piguet philosophy “to break the rules, you must first master them”. His passion for the game drives him to constantly reinvent and raise the bar for himself. A keen devotee of Haute Horlogerie, LeBron wears a Audemars Piguet Royal Oak Offshore watch.

Founded in 1875 by Jules-Louis Audemars and Edward-Auguste Piguet in the Swiss village of Le Brassus, Audemars Piguet is the oldest Manufacture of Haute Horlogerie still in the hands of its founding families. Perpetuating a legacy based on three fundamental values: tradition, excellence and creative daring, particularly in the field of complex watch mechanisms, Audemars Piguet holds a record number of world firsts. The brand encompasses complex mechanical watches, Haute Joaillerie creations, as well as a line of jewellry.