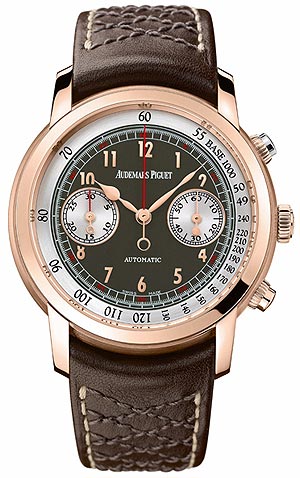 Case: Polished and brushed, straight lugs, rounded bezel, case back with 6 screws engraved with the legend “Audemars Piguet Only Watch”, the “Gstaad Classic” logo and “2011” in the center, sapphire crystal.

The History of Audemars Piguet
Regarded as one of the three great watch companies, alongside Patek Philippe and Vacheron Constantin. The roots of Audemars Piguet date back to 1874, when the 23-year-old Jules-Louis Audemars met Edward-Auguste Piguet, then only 21, at Vallée de Joux, which is considered to be the cradle of prestige watch-making. Their hometown was Le Brassus. When they graduated from school they went to Vallée de Joux to start working in their 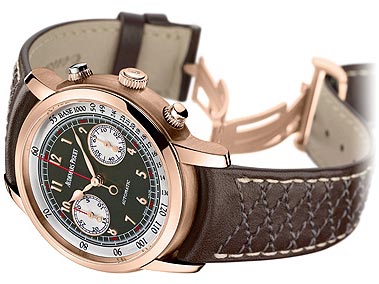 favorite field of watch manufacturing. Thus Audemars started producing component parts for movements and Piguet got the job of a repasseur, whose job it was to make the final regulation of the timepiece. In 1875 they founded a firm later known as Audemars, Piguet et Cie. Since 1882, members of the Audemars and Piguet families have always been on the board of directors and have thus directly or indirectly run the company.

The company opened its first branch in Geneva in 1889, and began creating its own components and assembling within its factory with direct supervision and strict quality control. Between 1894 and 1899 the company produced about 1,200 timepieces, including some very complex watches. When Audemars and Piguet died, in 1918 and 1919 respectively, the company steadily grew and became more famous. As the success of the company’s business was rising its customers became Tiffany & Co, Cartier and Bulgari, who rebranded and sold Audemars Piguet watches under their own house names. Today these watches are only identifiable as Audemars Piguet products by their serial numbers.