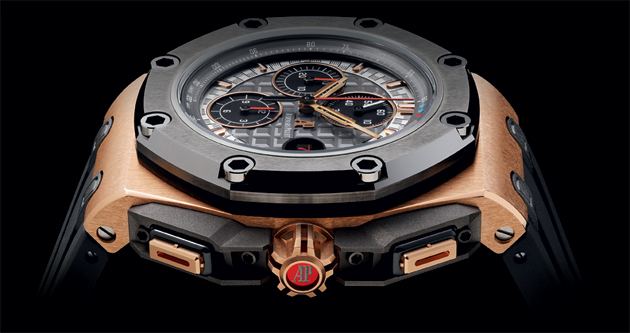 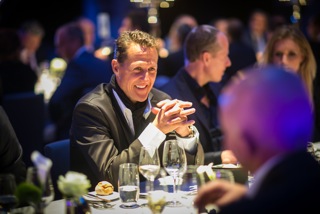 The rough industrial building of the Kraftwerk was specially transformed to host the launch of Audemars Piguet’s new timepiece. A reception area on the ground floor separated by light installation housed the reception cocktail while the dinner was held on the upper floor of the building. During diner, guests enjoyed a projection of a video mapping telling the story of two worlds, watchmaking and car racing being merged to create the Royal Oak Offshore Chronograph Michael Schumacher.

With the launch of its limited edition, Audemars Piguet has the pleasure to release the 3rd video of the Defining Moment Series. Michael Schumacher speaks about how it all started, his journey in the motor racing industry and the defining moment in his career.

“I discovered the world of Audemars Piguet around 15 years ago after being introduced to the brand by Jean Todt when he was team principal at Scuderia Ferrari. By then, I had already appreciated how watches were interlinked to the world of car racing, but it was not until that point I realized that the products of Audemars Piguet, especially the Royal Oak, are particularly highly prized by drivers. From that day on I have been a huge fan of Audemars Piguet and am consistently impressed by the combination of design, hand craftsmanship, functionality and innovation which marks its watches out from the rest. It’s a real honour to have been involved in the creation of this special model of the Royal Oak Offshore and a privilege to lend my name to it.” – Michael Schumacher 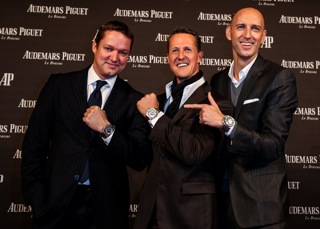 Michael Schumacher was personally involved in the creation of the watch which bears his name, working closely with Audemars Piguet’s Chief Artistic Officer, Octavio Garcia. Applying the same, rigorous standards to the project which he applies to his profession, he immersed himself in making a watch which follows the Royal Oak Offshore’s heritage of functionality and aesthetics while incorporating pointers to a remarkable life behind the wheel.

The Royal Oak Offshore Chronograph Michael Schumacher was designed in direct collaboration with the legendary driver who fully immersed himself in the project, often marvelling at the innovative solutions developed by Audemars Piguet’s engineers.

A long-time admirer of the Royal Oak Offshore, Michael has always appreciated its unique and innovative design as well as its craftsmanship and functionality. By working closely with the team involved in the Royal Oak Offshore Chronograph Michael Schumacher he was able to understand the challenges of developing a watch which is not only distinctive but also attractive, robust, functional and comfortable to wear. 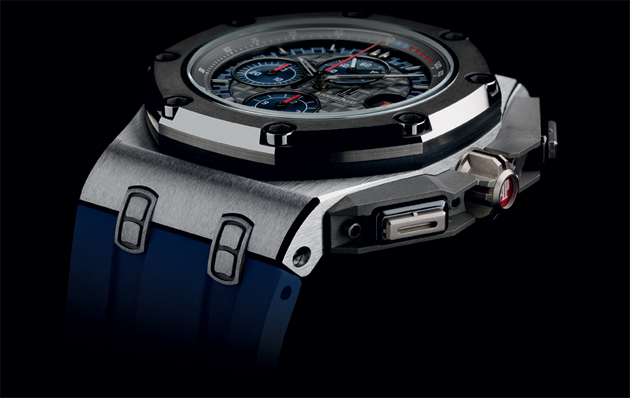