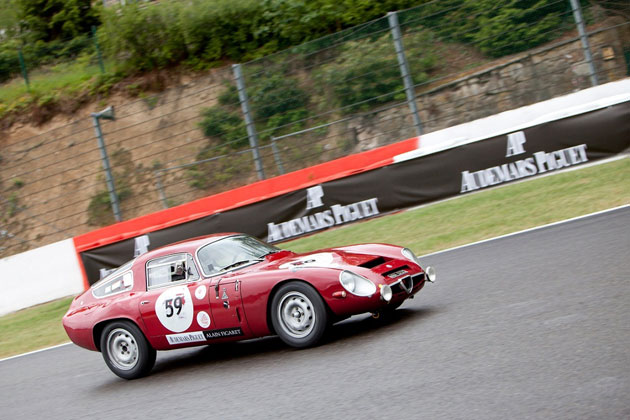 AudemarsPiguet is pleased to continue developing the close link it already has with the world of motorsports through its partnership as the official timekeeper of the Tour Auto and Spa Classic events in April and May 2012 respectively.

Since 1875, the Manufacture from Le Brassus in Switzerland has been guided by the values which inspire its philosophy, those of exclusivity, passion and inspiration values that inspire the world of automobiles. 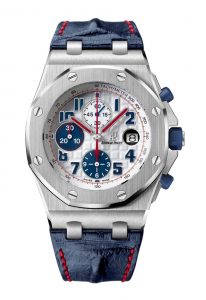 Tour Auto Optic 2000
The 21st edition of the Tour Auto Optic 2000 set off from Paris reaching Nice after five days of rally driving on the finest French roads. As partner and official timekeeper of the competition since 2006, Audemars Piguet was again on hand for the event in 2012. The Audemars Piguet Racing Team has also announced its return to the starting line, and the brand unveiled the new Royal Oak Offshore Chrono Tour Auto 2012, a watch created in a 150-piece limited edition to celebrate the latest edition of the best-known historical car rally.

The 2012 competition has been a memorable occasion, since it was back in several towns and places that are part of its illustrious age. Just as it did in the heyday of the Tour de France Automobile, which was one of the greatest international motor-racing events until the 1970s, the Tour ended in Nice. And as in 2008 and 2009, the race started from the Grand Palais in Paris, with the 220 cars due to compete in the competition on show in an exceptional exhibition held under the venue’s giant glass cupola on Monday April 16th. Punctuated by a wealth of prestigious and historical stages such as the Château de Vaux-le-Vicomte, the competitive element nonetheless reigned supreme with special phases on closed roads and on some of the greatest French racing tracks.

Decked out in French red and blue, the Royal Oak Offshore “Tour Auto 2012” chronograph (shown right) proudly shows its true colours: those of a watch offering a blend of technical refinement and peerless precision, clearly destined for Gentlemen Drivers. This limited numbered edition, with the Tour Auto logo engraved on its caseback, comes in a presentation box specially created for the occasion.

Spa Classic
For the second year running Audemars Piguet, also a partner of GstaadClassic ,continued its partnership as the official timekeeperof the Spa Classic car racethat tookplace at end ofMay on one of the most prestigious race tracks in the world, the Spa-Francorchamps in Brussels.

Spa Classic has been able to immediately establish itself as a key annual meeting of anyone who is passionate about cars. Under the sign of tradition reflecting the glorious past of the Spa-Francorchamps circuit,Spa Classic welcomed sports cars which have written the most beautiful pages of its history. The circuit has hosted some of the most elite cars from mainly the fifties and sixties, classified in six categories: Classic Endurance Racing;

Located on the crossroads of Europe, the Spa-Francorchamps enjoys a spectacular setting within the magnificent hilly landscape of the Ardennes Mountains. Its track is one of the longest in Europe and has retained most of the elements which contributed to its fame, such as the famous “Eau Rouge” bend, theatre to many wheel-to-wheel races such as Joe Siffert and Pedro Rodriguez in their Porsches 917 at the top of the hill in 1970.

The Spa Classic event takes place from 25th to 27th May.