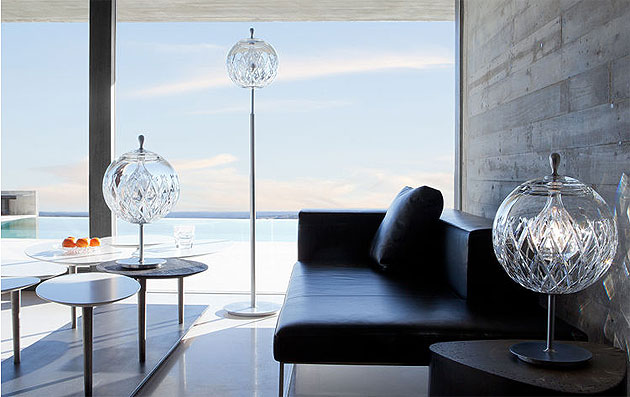 The privileged partner of interior designers from France and worldwide, Baccarat has now teamed up with U.S. architect and designer Rafael de Cárdenas as part of the AD Interieurs exhibition, running from 8-21 September 2012.

Following the success of the first two editions, the event, launched by AD magazine, will continue at Artcurial in Paris with a theme of “Imaginary Voyages”. Rafael de Cárdenas has been invited, along with a number of other leading international interior designers, to express his personal vision of this theme in a spectacular interior. De Cárdenas intends to make the House of Baccarat central to his creation with two majestic LED-equipped crystal chandeliers. Melding tradition and modernity, the Solstice Comète and Zénith Comète chandeliers will be featured in large metal cages at the heart of an extensive conceptual space.

The design takes a fresh look at the idea of the modular living spaces so dear to the utopian designers of the 1960s and 1970s, such as Joe Colombo. In this reflective residential module, the space is divided in two: a bedroom area on one side, comprised of a bed with banquette seating, and a home-office area on the other, which doubles as a dining room. The walls and ceiling are covered in mirrors that infinitely reflect the shimmering light from the two Baccarat chandeliers. The effect is a ghostly atmosphere on par with the neo-classical décors of Tony Scott’s The Hunger.

In de Cárdenas’ design, Baccarat resonates with contemporary creativity and innovation, both of which have been central concerns at Baccarat for close to 250 years – proof if any were necessary that its unique style pairs perfectly with the masterworks of the past and present.

About Rafael de Cárdenas, the new star of US interior design 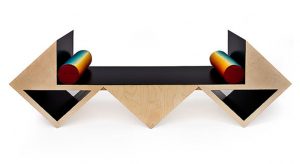 Rafael de Cárdenas is the Founder of Rafael de Cárdenas / Architecture at Large. Trained in fashion design at the Rhode Island School of Design, he began work as a men’s collection designer at Calvin Klein. After pursuing an graduate degree in architecture at UCLA, he collaborated with architect Greg Lynn on the re-design of the World Trade Center site in New York City.

Their submission – a series of five buildings interconnected to create a cathedral-like space – was selected as one of the six final entries. De Cárdenas then began work in the New York offices of special effects production house Imaginary Forces. As a creative director focusing on experience design projects, he oversaw a range of innovative concepts including the BMW Experience at their headquarters in Munich, and the HBO flagship store in New York. 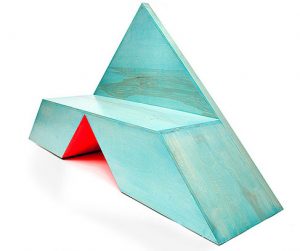 In 2006, de Cárdenas opened his own design firm with offices in New York, and subsequently London in 2009. His interest in creating environments with moods, as opposed to any specific style, has allowed him to work with a wide array of clients and projects. In 2011, de Cárdenas launched his first furniture collection with Johnson Trading Gallery, inspired by Ettore Sottsass, Frank Lloyd Wright and Bruce Goff. Using colour, light, and pattern, de Cárdenas has created artful, imaginative interiors for boutiques, restaurants and private residences in London, Rome, Athens, Cape Town, Chicago, Miami, New York, and The Hamptons.

His work has been featured in Elle Décor, Vogue Paris, The New York Times, Wallpaper*, Frame, and AD Collector, among others.