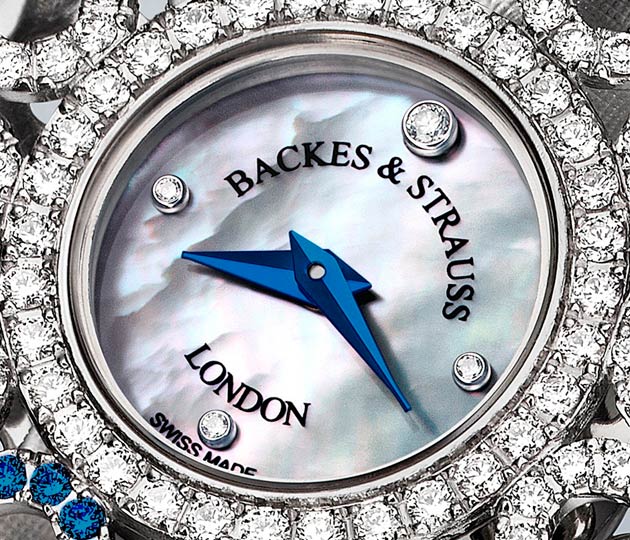 Backes & Strauss are delighted and proud to reveal their bespoke designed Victoria Blue heart, created an crafted in white gold with white diamonds and blue sapphires to directly benefit and highlight the work of the United Nations Blue Heart Campaign against Human Trafficking, which they wholeheartedly support.

In January of this year, Backes & Strauss CEO Vartkess Knadjian welcomed guests at the Salon des Nations at The Hotel des Bergues, Geneva, including selected representatives of the international media and the diplomatic corps;

“we must all do what we can to further awareness of the work of this campaign in fighting such heinous crimes”, before showing the UNODC’s award winning video “Better Future”. We are incredibly proud to support the UN Voluntary Trust Fund in their fight to create a better tomorrow for the victims of human trafficking” says V; Knadjian, “in helping to raise awareness and funds for so many victims”.

Knadjian then introduced HE Mr Yury Fedotov, The Executive Director of the United Nations Office on Drugs and Crime, “Criminal proceeds from human trafficking amount to some $60,000 a minute. By comparison, the Voluntary Trust Fund is supported by an average of around 80 cents a minute, based on money received. The disparity is glaring”.

What is the Blue Heart Campaign? 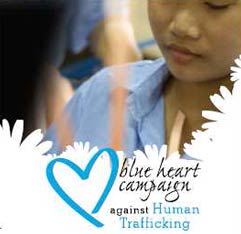 An awareness raising initiative to fight human trafficking and its impact on society. The Blue Heart Campaign seeks to encourage involvement and inspire action to help stop this crime. The campaign also allows people to show solidarity with the victims of human trafficking by wearing the Blue Heart.

An international campaign against a modern form of slavery Human trafficking is a crime that strips people of their rights, ruins their dreams, and robs them of their dignity. It is a crime that shames us all. Human trafficking is a global problem and no country is immune. Millions of victims are entrapped and exploited every year in this modern form of slavery. To rally world public opinion against human trafficking, UNODC has launched the Blue Heart Campaign. It is open to all those who want to participate and wear the Blue Heart as a symbol of their support for this campaign.

And the Blue Heart?

The Blue Heart represents the sadness of those who are trafficked while reminding us of the cold-heartedness of those who buy and sell fellow human beings. The use of the blue UN colour also demonstrates the commitment of the United Nations to combating this crime against human dignity.

Human trafficking is a crime that shames us all. It involves the act of recruiting, transporting, transferring, harbouring or receiving a person through use of force, coercion, deception or other means, for the purpose of exploiting them. Every year, thousands of men, women and children fall into the hands of traffickers, in their own countries and abroad. Every country in the world is affected by trafficking, whether as a country of origin, transit or destination for victims. Backes & Strauss and the UNODC, as guardian of the United Nations Conventions against Transnational Organized Crime (UNTOC) and its Protocol to Prevent, Suppress and Punish Trafficking in Persons has human trafficking as one of their priority areas of work.

The Victoria Blue Heart watch and the Blue Heart Campaign’s goals are to inspire people and mobilize support for action against human trafficking by international organizations, governments, civil society, the private sector and ultimately by individuals. The Blue Heart also aims to enable citizens to show their support to the cause and to increase understanding of, and create urgency around the issue of human trafficking in order to spur coordinated actions to fight the crime. The intention is that the Blue Heart becomes the symbol for human trafficking. Backes & Strauss is proud to share it.