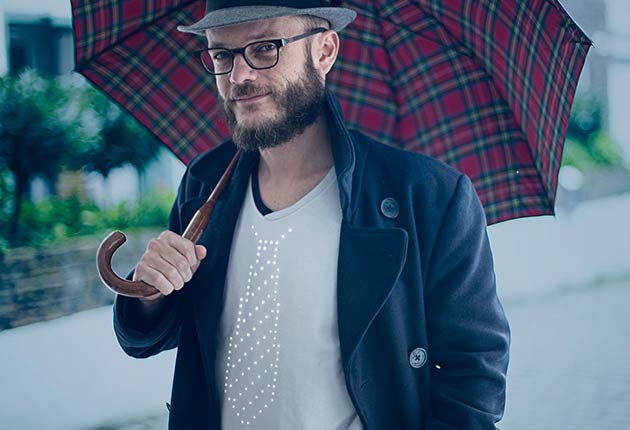 Ballantine’s, the renowned beverage maker, has announced today that their new wearable technology tshirtOS are to be trialled in markets around the world after the prototype was unveiled at their global Innovation Day in Paris last month.

The fine cotton, soft touch digital t-shirts are programmable, hand-washable and can be scrunched, folded and even withstand spillages without affecting its use – making it usable in real life scenarios. Imagine wearing something that you text and animate in real time – great fun! Think of tshirtOS as an illuminated blank canvas, wearable technology that can express your thoughts and feelings to the wider world via the shirt’s in-built LED technology. The micro-technology used to power the tshirtOS was supplied by San Farncisco based wearable technology experts SWITCH EMBASSY – a San Francisco based fashion technology company.

So how does the tshirtOS work?
A mobile application will function as a bridge between the tshirtOS and the internet controls the in-built operating system (OS), allowing the user to send and receive data and to control content displayed on the t-shirt. An initial run of 20 units has been manufactured and will be showcased in key Ballantine’s markets around the world in the coming months, with Ballantine’s charting the reaction to them via social media and a dedicated micro-site.

What we want to see implemented in tshirtOS
Obviously, a product like this will have great appeal to just about everyone, which could lead to some comments, images and phrases being displayed that possibly may offend others. It will be interesting to see how the application will filter this to avoid unwanted bad publicity for what is an undoubtedly great product. As we are all aware, there are certain things around the world that legally cannot be said, displayed or insinuated, we really hope that this has been taken into consideration before the product is released to a wider audience.