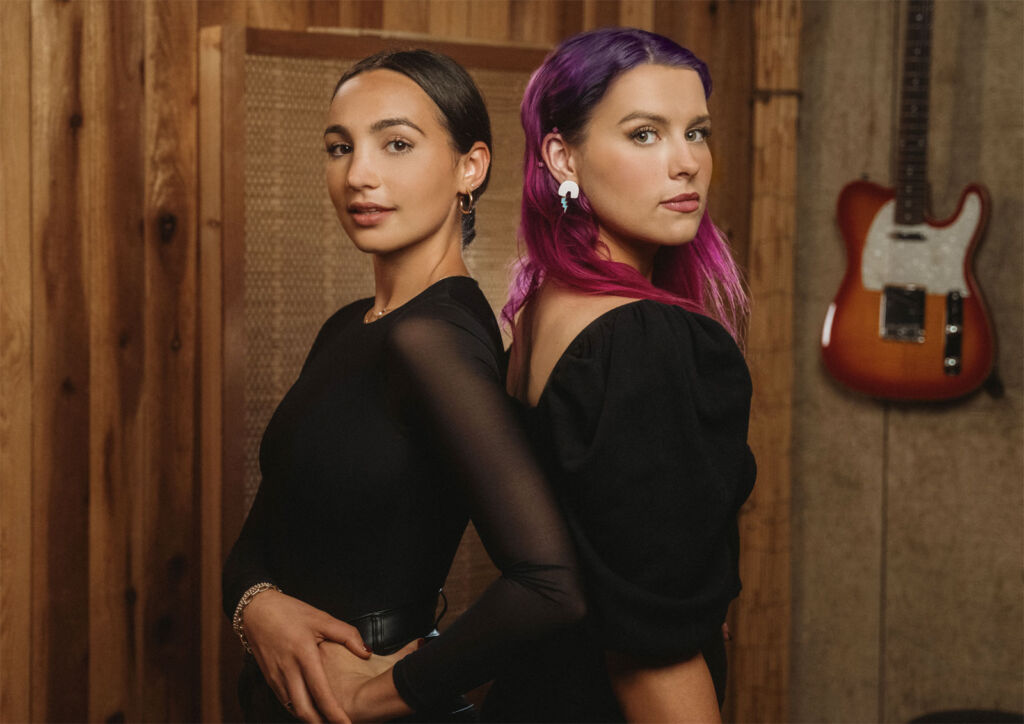 If you’re looking for something a little different to do this week that will help you switch off from the mundaneness of a working day, you’ve still got time to see a musical performance with Barlow & Bear. But hurry, the singing sensations are at Bicester Village in Oxfordshire for three nights only.

The established celebrated performers and songwriters are Abigail Barlow and Emily Bear, who are behind the viral musical concept album The Unofficial Bridgerton Musical, which was inspired by the original series Bridgeton.

Like most of us trying desperately to alleviate boredom during the height of the third lockdown, the creative duo reinvented the rules for bringing a Broadway show concept to life. They wanted to involve the audience every step of the way, thus creating their musical concept album via TikTok.

The worldwide viral response to their music inspired covers sung by both amateur and professional singers, motivating people all over the world to use social media as a performance platform at a time when live performances were banned and the curtains drawn at theatres. 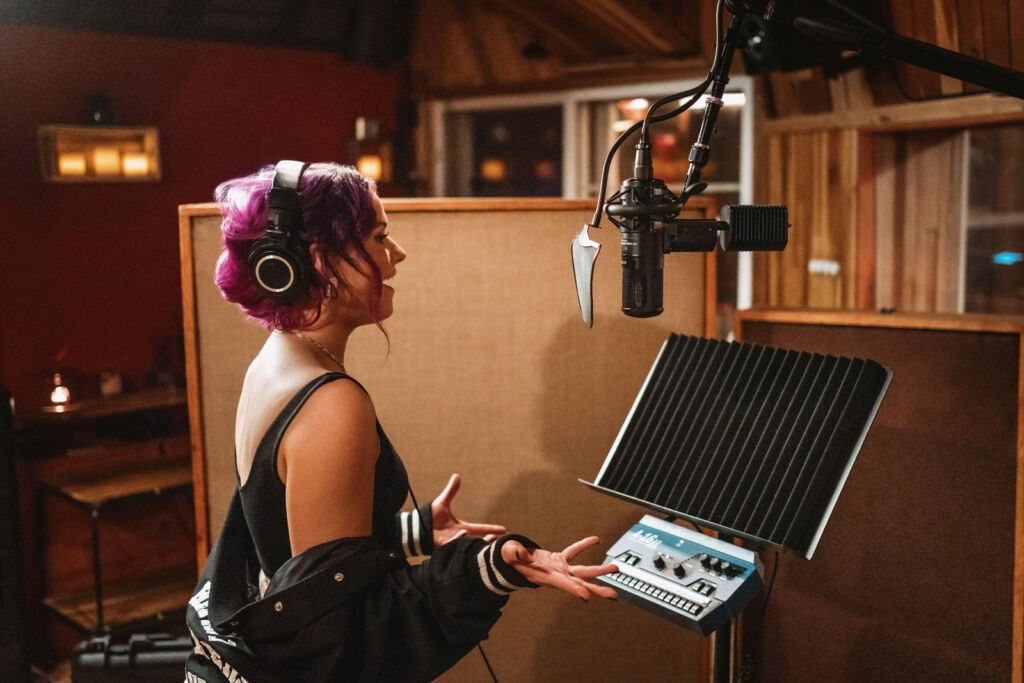 Originally written and composed by Barlow & Bear live on social media beginning in January 2021, their songs and performances have attracted a massive international fanbase. To translate this into numbers, they received over 2 million followers, over 36 million likes on TikTok, and the #bridgertonmusical hashtag has now approached 200 million views to date.

Since the TikTok debut of the first track, “Ocean Away,” originally titled “Daphne’s Song,” the duo has broken new ground by involving their audience and mirrored this direct-to-consumer distribution by self-releasing the album on all major streaming and downloading music services. What’s more, the album, which was released in September, has recently been nominated for a Grammy. 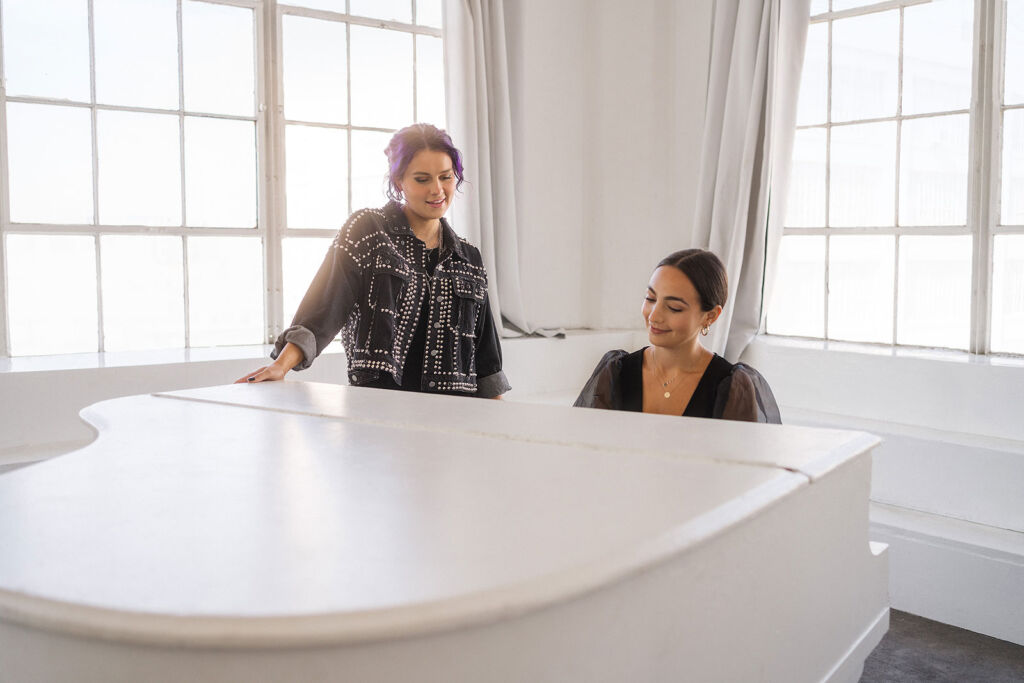 So how did these two escalate to such quick stardom? Well, it was a combination of Barlow’s pop experience, vocal skill and exceptional songwriting ability, paired with Bear’s prodigious talents in piano, orchestration, film composing, jazz, classical and pop. It was like a melody waiting to happen. The pair mix contemporary sounds with tributes to great musicals, borrowing elements from the pop, classical and jazz worlds from which they originate.

And now, as we are emerging from lockdown, the Unofficial Bridgerton Musical supper experience is crossing the pond to the Village, in the heart of Oxfordshire’s countryside. It’s their first live performance of the concept album since its creation in lockdown. 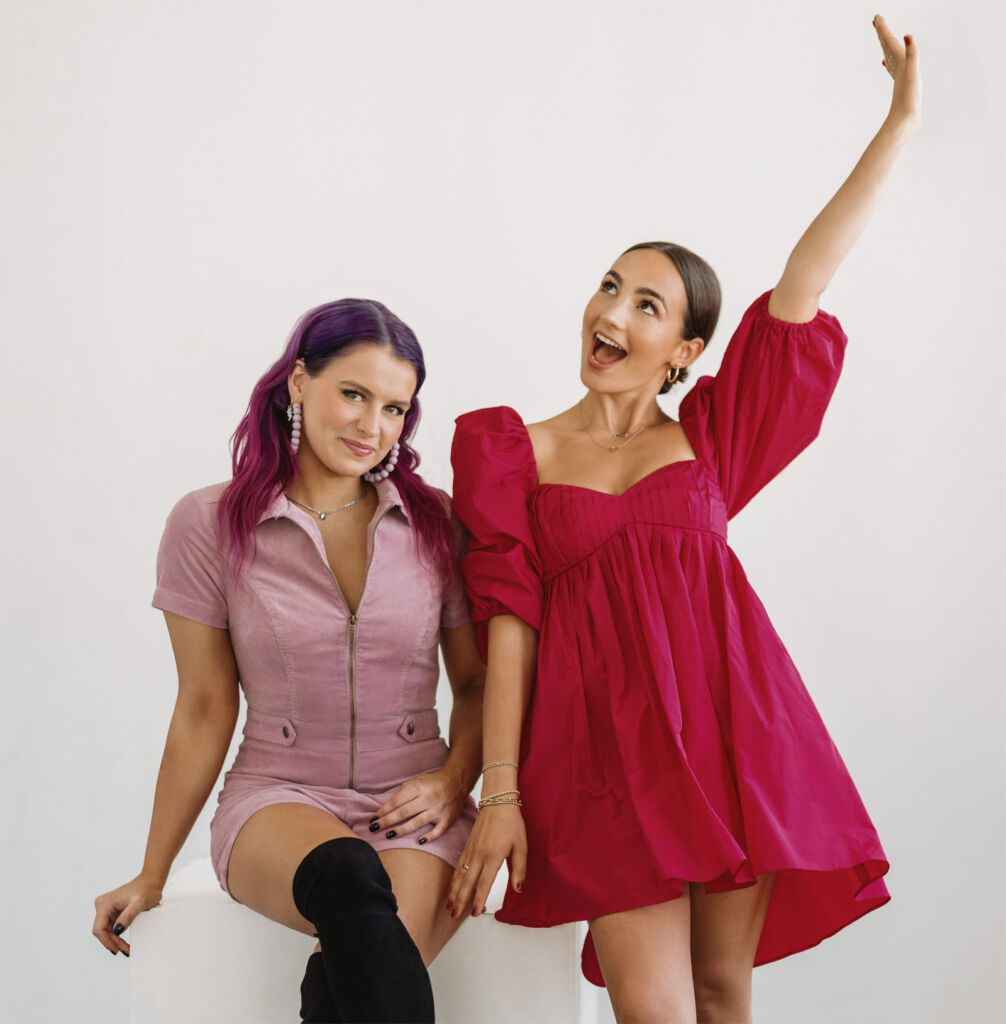 It would have been easy for Barlow & Bear to charge for the event with a strong fan following, but they have chosen not to. However, although this experience is free of charge, guests will need to apply for tickets through the Bicester Village website.

Guests who are unable to attend the live performance need not miss out as the performance will be broadcast live for viewers all over the world via Bicester Village’s social media channels. 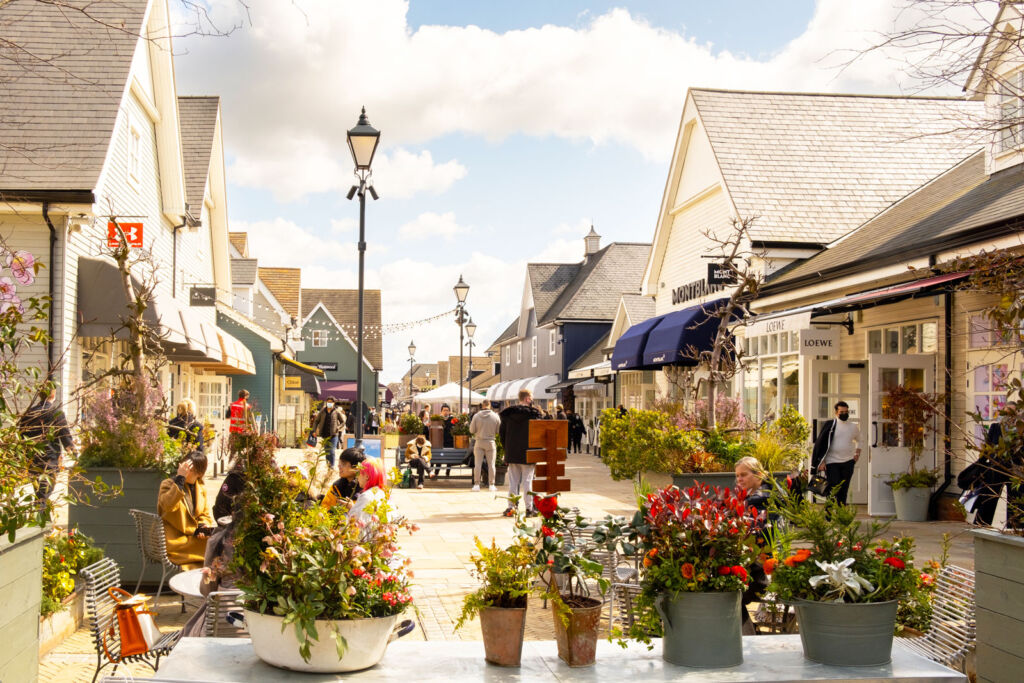 Ahead of the much-anticipated performance by Barlow & Bear, shopping enthusiasts can make the most of their day at Oxfordshire’s Bicester Village open-air destination by doing a spot of early Christmas shopping. With plenty of bargains to be grabbed from a plethora of boutiques as well as tuck into food at a number of restaurants, we don’t think it’s a bad way to spend a dreary November day.

The Unofficial Bridgerton Musical – Where and How?