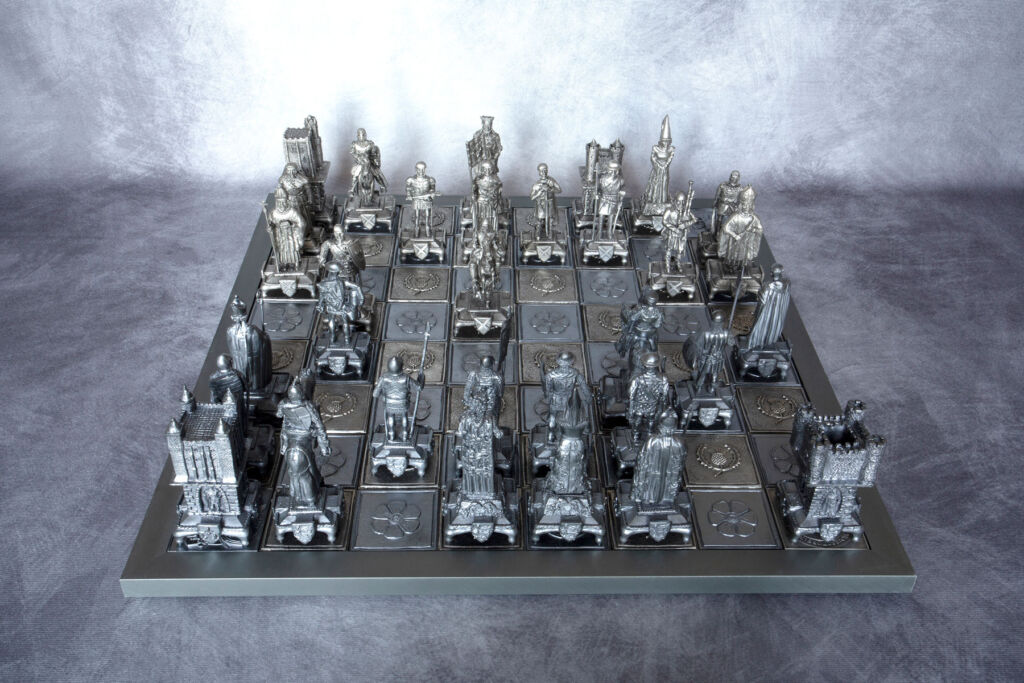 Lovers of Scottish history and folklore will enjoy this extraordinary, limited-edition chess set from Stirling 1314 that evokes the passion and drama of the Battle of Bannockburn, the pivotal battle in Scotland’s long struggle for freedom.

The Battle of Bannockburn Chess Set is made by Stirling 1314 LLP, a family business based in Stirling, Scotland. The company is led by Senior Partner John W Morgan, who was inspired to create the Bannockburn chess sets by Scottish Historic Novelist Nigel Tranter’s Trilogy on Robert the Bruce. John then worked for over two years with Nigel Tranter, modelmaker Steve Trickett and costume historian Nigel Spratt to produce this stunning set.

Some years later, John translated his love for the Life and Works of Robert Burns into producing the World’s only Robert Burns Chess set (see above), again with all 32 different playing pieces, set on a stunning metal chess board, etched with Burns quotations in the poet’s handwriting style. TV historian Neil Oliver endorses the Battle of Bannockburn chess set, and Burns legend John Cairney endorses the Robert Burns chess set.

Each set is part of a limited edition of 500 and hand-made to order and is already being enjoyed across the globe, including America, Canada, Australia, Russia, China, Estonia, Europe and the UK.

The size and gravitas of the hand-cast solid pewter playing pieces is imposing, with the players up to 12 cm in height. Unlike almost every other chess set, all 32 chess pieces in the Bannockburn set are different: each one depicts an individual or place that played a part leading up to the Battle that changed history.

Stirling 1314’s exceptional craftsmanship, care and detail that goes into every piece make this a true collectable that will become a treasured family heirloom. 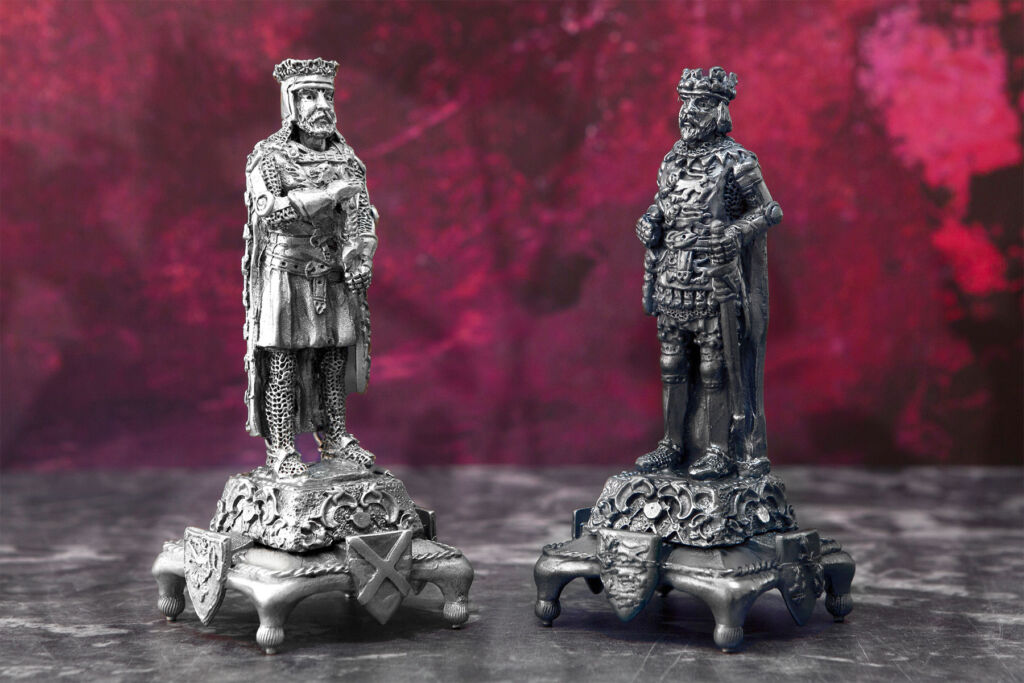 Among the ranks of The 700th Anniversary Battle of Bannockburn Chess Set can be found Robert the Bruce, Sir William Wallace and Stirling Castle for the Scots, and King Edward II, Queen Margaret of France and the Tower of London for the English. 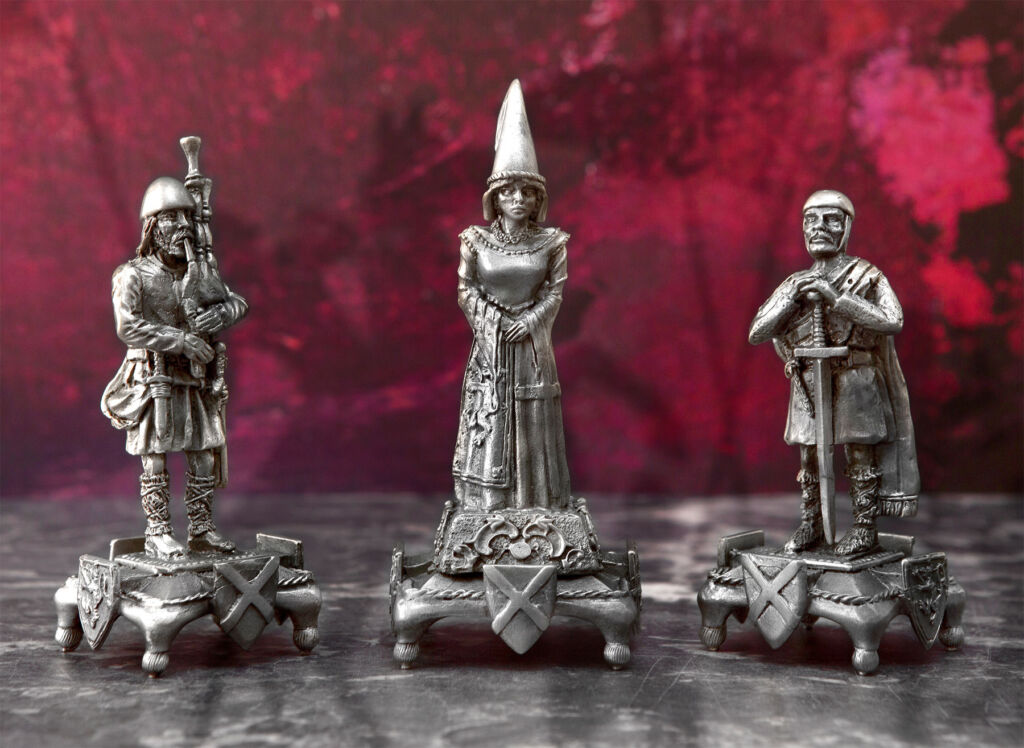 Setting off such an exceptional set is an impressive 520 mm x 520 mm metal-edged chess board, inlaid with pewter playing squares carrying the Thistle of Scotland, the Rose of England, and the royal seals of Robert the Bruce and Edward II.

The chess set can best be described as big; it weighs in at 42lbs/19kilos and is presented in an impressive gold-embossed leathercloth presentation box, with an accompanying booklet packed with the essential background to each of the chess pieces and the creators of the set. A theme-chosen CD, “For Freedom Alone”, and a signed and framed limited-edition certificate of authenticity complete the package.

This limited-edition Battle of Bannockburn Chess Set is priced at £3,250.00 (+VAT), so a special gift for a special person! The whole story is at https://stirling1314.com.

Read more news and features on collectables and design here. 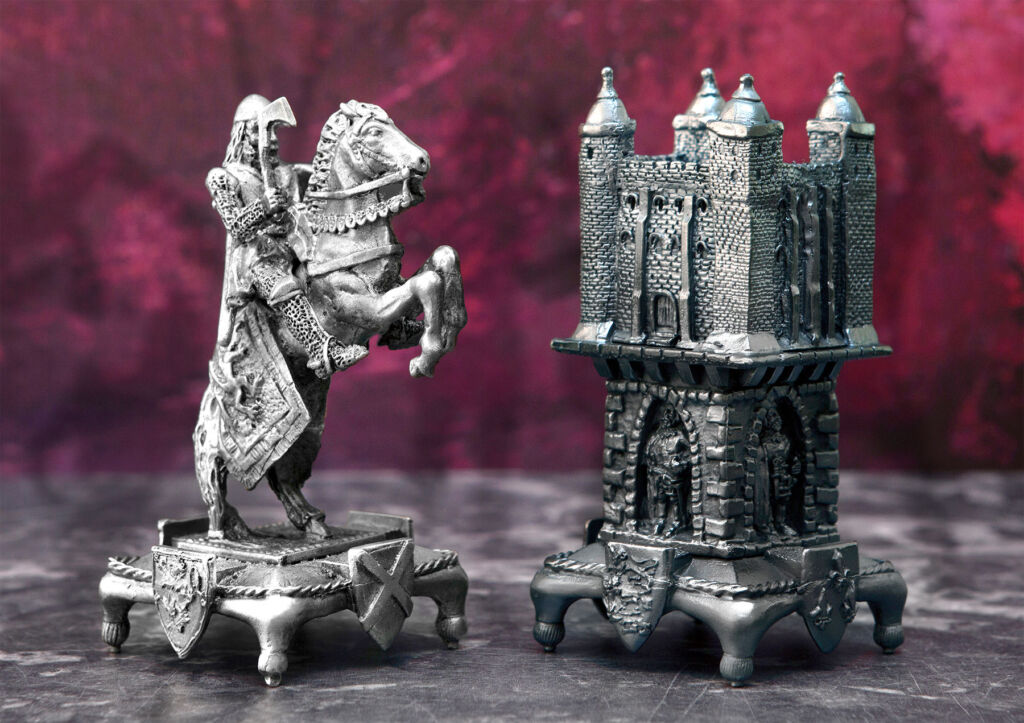