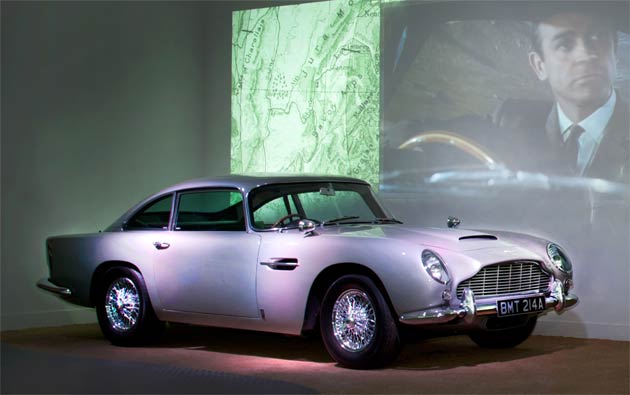 During February half-term week, from 16th – 24th February, families should pop down to the National Motor Museum, Beaulieu, home of the world’s largest ever James Bond vehicle exhibition.

The exhibition is called Bond in Motion, and offers visitors the chance to test out your spy skills to see if you have what it takes to be the next incarnation of James Bond 007 .

At the National Motor Museum you’ll be able to pit your driving ability against others on a Bond style, eight-lane Scalextric track. Race round in the fastest time possible for the opportunity to win a Scalextric prize. 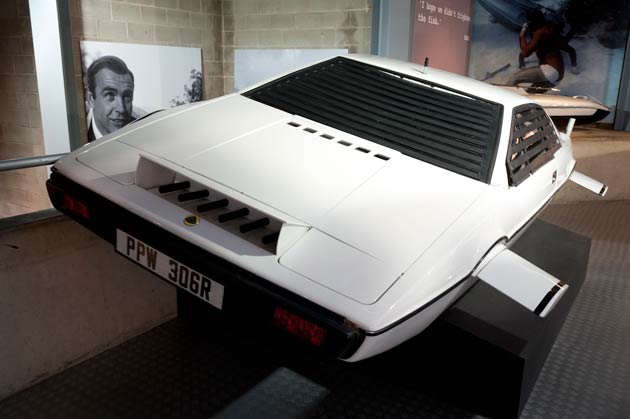 Test your knowledge of the world’s most famous special agent, James Bond, with our special half term quiz trail as you enter Bond in Motion, which displays 50 original vehicles from the James Bond films. Follow the trail around the exhibition and exercise your code-cracking skills for an opportunity to win a Bond goody bag. See some of the best-loved and most iconic vehicles, including the Lotus Esprit S1, affectionately nicknamed ‘Wet Nellie’ from The Spy Who Loved Me, the Crocodile Submarine from Octopussy and the Aston Martin Vanquish with adaptive camouflage seen in Die Another Day.

You should also check out the Secret Army Exhibition, which tells the story of Beaulieu’s history as a training ground for secret agents during WWII. The Special Operations Executive (SOE) trained agents at a number of large country houses scattered across the Beaulieu Estate before they left to work with Resistance groups in occupied Europe.

Learn about the instructors, secret agents and unsung heroes of the SOE, their training and secret missions. See some real-life spy gadgets on display which wouldn’t look out of place in Q’s laboratory, watch a film explaining how the ‘Finishing School’ operated in total secrecy for four years, and make and break your own secret codes using the cipher wheel.

See the National Motor Museum’s collection of over 250 vehicles, from the iconic World Land Speed Record Breaker, Bluebird CN7, to the quirky and instantly recognisable ‘orange on wheels’ Mini Outspan. There are historic racing cars, modern rally cars and the latest F1 machines as well as family cars from every motoring era on show. 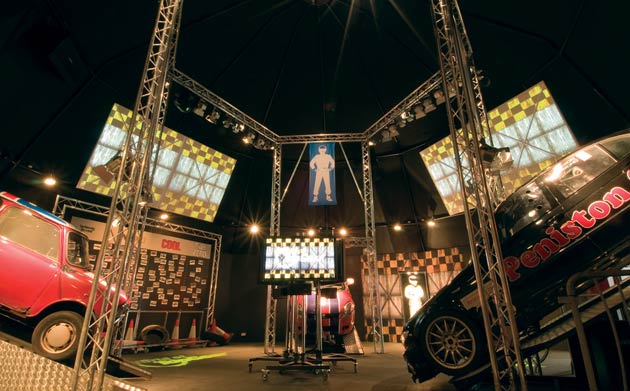 Walk into the World of Top Gear, displaying actual vehicles created by presenters Jeremy Clarkson, Richard Hammond and James May for some of their most ambitious challenges on the TV show over the years.The latest creation to join the display is Top Gear’s ‘Bond car on a budget’ Lotus Excel submarine car from the 50 Years of Bond Cars special.

Enter the‘Enormodrome’, which aims to recreate the feel of the Top Gear studio, to see regular features from the programme including the Cool Wall and Celebrity ‘Lap Time’ boards. Plus you can watch an exclusive video presentation from behind-the-scenes at the Top Gear HQ with Jeremy, Richard and James, and clips from the show featuring the cars on display.

Explore the grounds by taking a ride on the high-level Monorail, which runs straight through the roof of the museum, or by hopping on the open-topped replica London bus.

Budding drivers can get in the driving seat on Dipstick’s Driving Circuit in fun mini motorised vehicles or drive remote controlled cars in The Stig Driving Challenge. Younger visitors can get physical on the Mini Motor PlayTrail with its Veteran Bus climbing frame, swings and Little Tykes ride-on-cars.

Visit Palace House, home of the Montagu family since 1538 and stroll through the beautiful gardens and take a look inside Beaulieu Abbey, a 13th century Cistercian monastery.

Beaulieu is open from 10am – 5pm every day. For more information visit beaulieu.co.uk