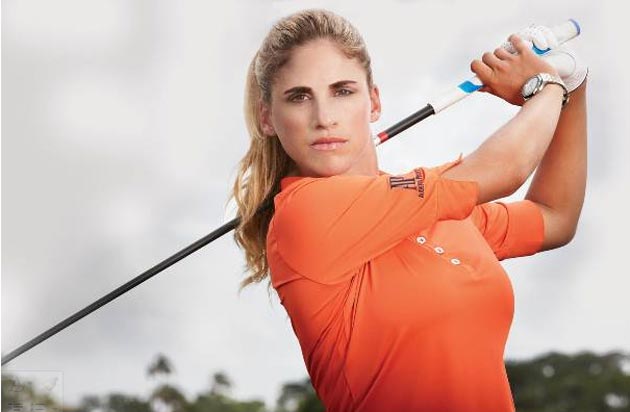 Audemars Piguet is privileged to announce the addition of LPGA golfer Belén Mozo as the Company’s newest brand ambassador.

“I’m honored and excited to join a team of the world’s best golfers and athletes and the Audemars Piguet family,” Belén Mozo said when asked about the partnership.

Audemars Piguet feels that its exclusive values such as integrity, passion, inspiration, respect, sophistication are shared by Belén Mozo. She proudly wears Royal Oak and Royal Oak Offshore pieces, embodying the perfect combination of style and strength of these luxury sport watches.

Born in Cadiz, Spain, Belén Mozo started playing golf at the age of 8. She is a graduate of the University of Southern California and was a four-time NCAA All-American. Mozo enjoyed great success in her amateur career, becoming the first player since 1972 (the same year Audemars Piguet’s iconic Royal Oak was launched) to win both the Women’s British Amateur Championship and British Girls Amateur Championship the same year.  In 2010, at the age of 21, Mozo started her professional career at the US Women’s Open, and soon thereafter tied for eighth at the LPGA Final Qualifying, earning her spot on the LPGA tour.  She is also a member of the Ladies European Tour.  In her rookie year of 2011, her best finish was a tie for fifth at the Walmart NW Arkansas Championship by P&G.