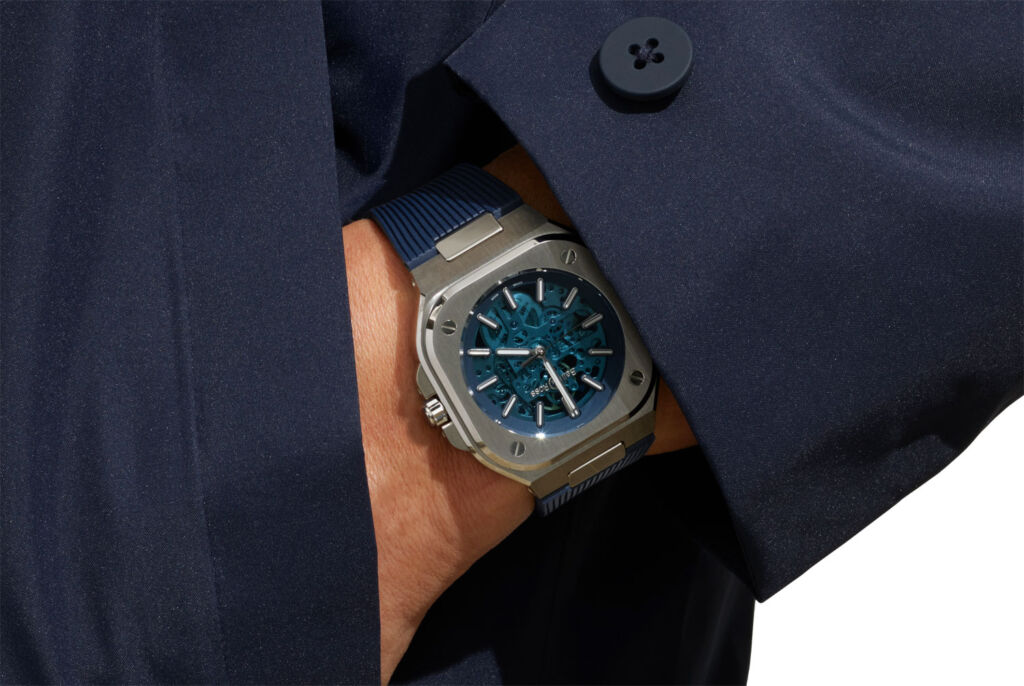 Conventional but never boring, utilitarian yet polished and classic yet with a modernist twist, that’s what Swiss Watchmaker Bell & Ross timepieces have come to symbolise ever since its debut back in 2005.

Fast forward 15 years later, and this outstanding aviation-inspired watch has stood the test of time to become a modern-day classic and proven to be not just another fad or marketing gimmick.

With four criteria foremost in the minds of the creators and designers, namely legibility, functionality, reliability and precision, Bell & Ross has built for itself a solid reputation among watch connoisseurs and practical users the world over with its unique round dial within a square case with its characteristic four screws at each corner. 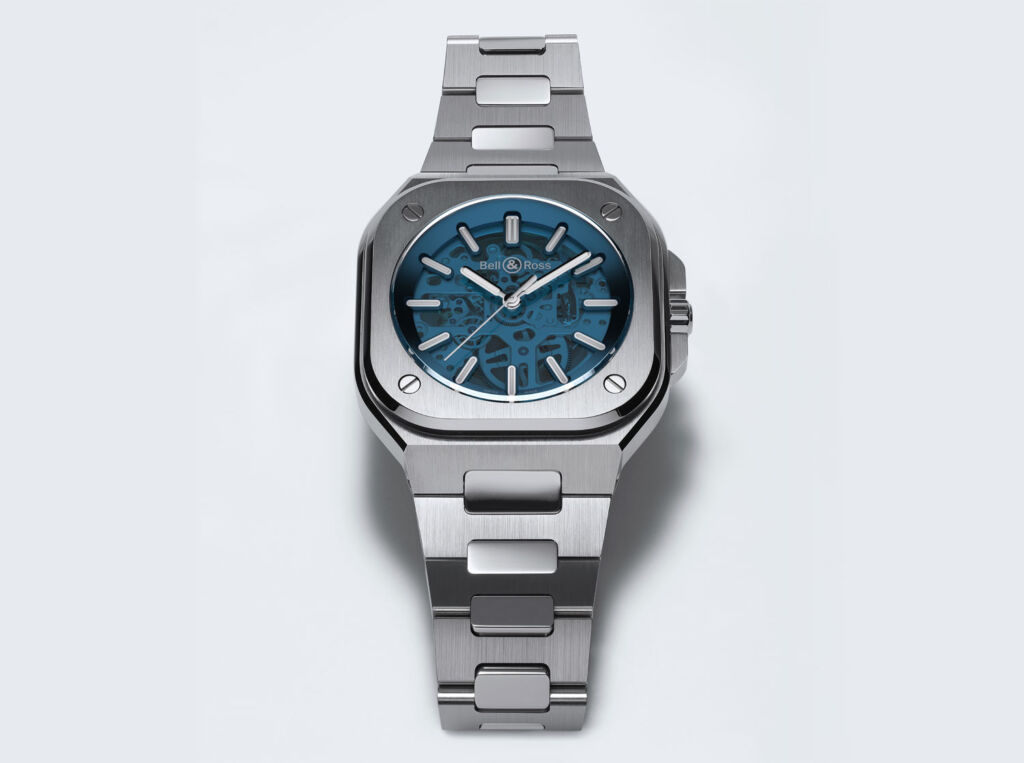 Produced at its production facility at La Chaux-de-Fonds in Switzerland, the utmost care and dexterity are applied to each and every Bell & Ross timepiece at each stage of its production – from the design and development, to the assemblage and fine-tuning till it graces the wrist of the lucky new owner.

From fighter pilots and astronauts to submariners and bomb disposal divers, those whose livelihoods depend on mere milliseconds to carry out their duties all use Bell & Ross watches as a tool in performing their jobs.

Having launched the Bell & Ross BR 05 last year to great success, urbanites and business executives fell head over heels over this addition to the Bell & Ross collection.

Now with the launch of the new and transparent BR05 Skeleton Blue, fans of this technically advanced timepiece will relish at the sleek skeleton version dressed in blue.

Eye-catching at first glance, the BR05 Skeleton Blue has a handsome angular case with polished bevels and satin-finished surfaces which lie perfectly flat. With special emphasis on the arch of the curve, the components of this stunner are well-aligned and allow the bracelet to encircle the wrist of the wearer in comfort.

Visually, the watch is easy on the eye with a soothing cool blue-tinted transparent dial showing metal appliques indices and possessing a transparent window through which the beauty of the skeleton movement can be seen.

Super-Luminova hands allow visibility in both dark conditions as well as at night while the mechanism ticks flawlessly with a BR-CAL.322 powered mechanism. Technophobes will revel at this limited edition watch of only 500 pieces. And for the fashionista among you, feel free to choose between a flexible steel bracelet or a ribbed blue rubber strap. 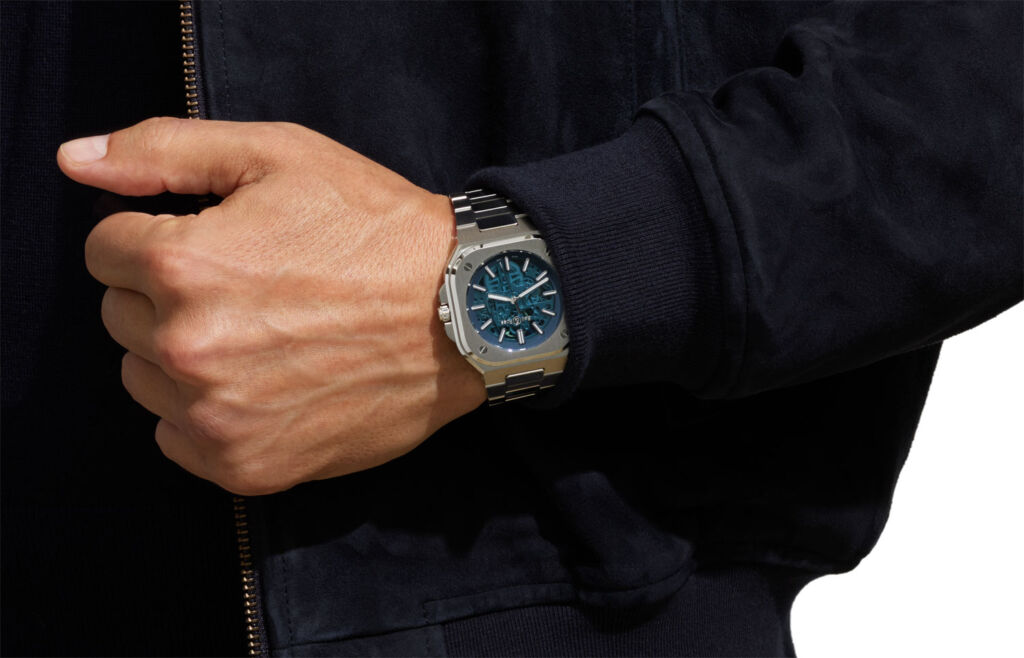