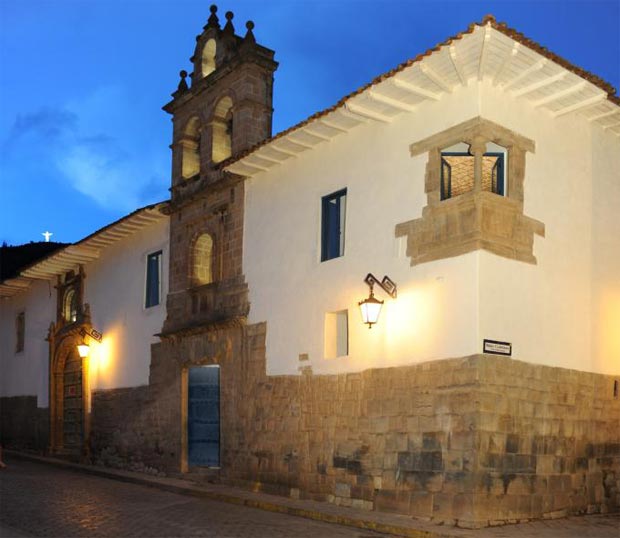 Belmond has opened the doors to Palacio Nazarenas, one of the year’s most eagerly anticipated openings, and the latest addition to its exclusive portfolio of hotels and trains in Peru.

An all-suite boutique hotel, this urban retreat and former 16th-century convent in Cuzco, capital to the ancient Inca empire, has been one of Belmonds’’ most ambitious projects to date and is the result of four years of hard work and dedication. Palacio Nazarenas boasts state-of-the-art oxygenated rooms, Cuzco’s first outdoor infinity pool, and a gourmet restaurant overseen by one of Peru’s most exciting chefs, Virgilio Martinez. 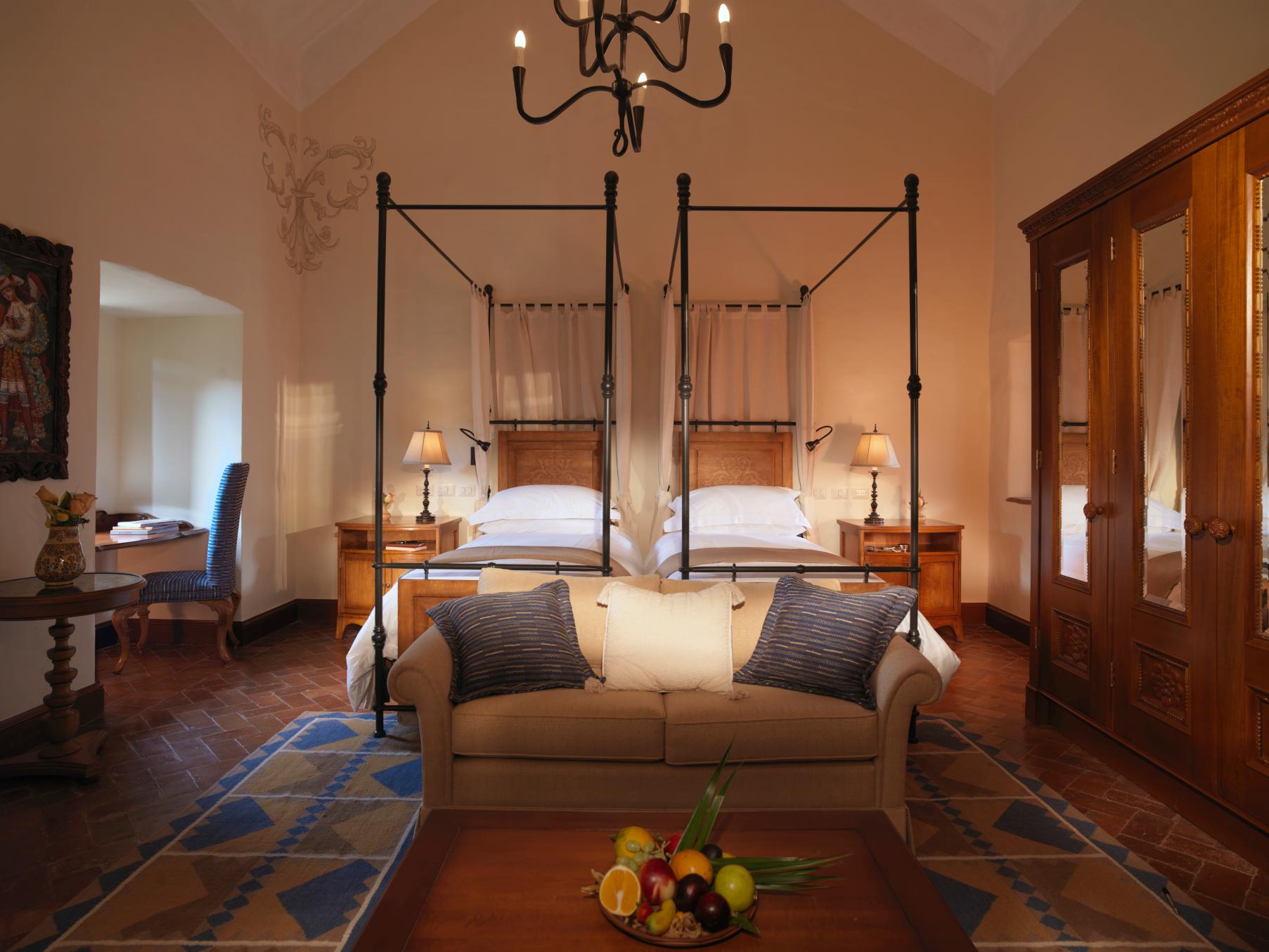 During the painstaking excavation process, which even involved using toothbrushes at some points, architects and archaeologists uncovered a host of Inca treasures, (including an original Inca sandal) which are being showcased throughout the hotel, adding to its authentic atmosphere. The Library will serve as a museum for all the artefacts discovered over the course of the four-year project, and each day a ‘Chit Chat’ session will be held where an expert shaman, sommelier, or historian will speak to guests about the history, art, and culture of Cuzco.

Original Inca walls that were discovered have been carefully preserved beneath the glass floors of treatment rooms at the Hypnôze spa, and with a stream running over them, will create a soothing sight for guests having a massage. The murals and friezes on the walls of Palacio Nazarenas are real treasures, and are rare survivors among the artworks from Cuzco’s Spanish colonial heyday. Master restorers used innovative techniques such as gently massaging murals with flour dough to remove surface dirt and bring them back to life. Taking six months to restore, the largest mural is that of Senor de Huanca, which was painted on the wall of a cell following a vision of Christ experienced by a nun during the days when Palacio Nazarenas was a Carmelite convent.

Palacio Nazarenas is punctuated with quirky touches, making it a truly authentic Belmond hotel. For example, guests can relax in their spacious bath tubs with a bath pillow filled with dried herbs from the hotel gardens that, when submerged in water, release an exotic yet calming aroma. Continuing to make the most of the fragrant flowers and Andean herbs that populate its gardens, Palacio Nazarenas has created its very own bespoke perfume that guests can take home to remind them of their stay. Using muna, a selection of rare herbs from Ollantaytambo, orchids, jasmine and eucalyptus, the perfume is calm and relaxing, and reflects the atmosphere of Cuzco itself.

Adding to guests’ hands-on experience, each suite will be provided with a full cocktail making set, with instructions on everything from shaking to straining, and a recipe book giving advice on how to create exotic Andean tipples using local herbs and ingredients. And if guests are feeling lethargic, they can ask their personal butler to concoct their drinks for them, and then recline by the pool before dinner, the best vantage point to take in the setting sun over Cuzco. 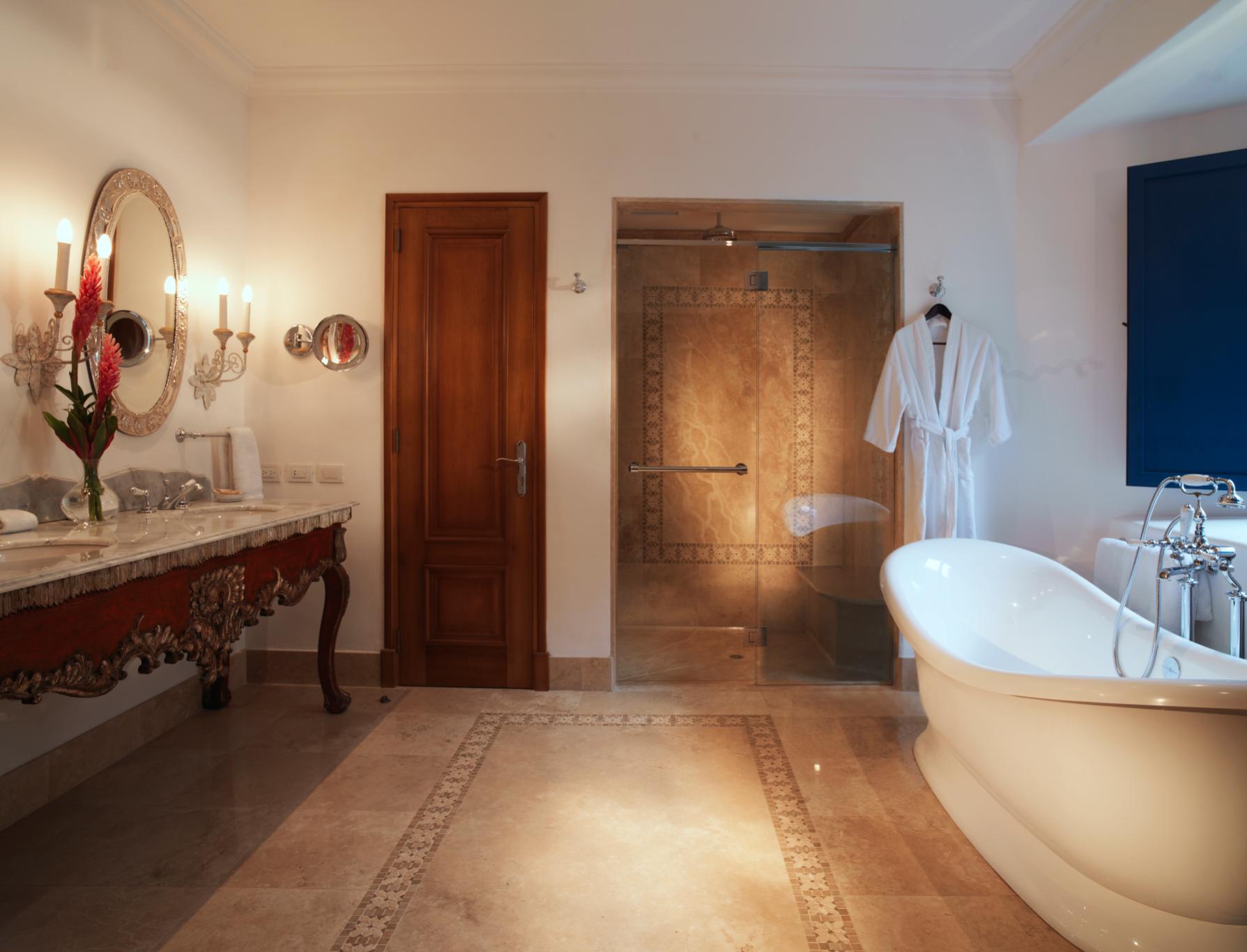 All 55 rooms at the boutique property are suites, with the deluxe Z-Collection suites standing out in particular. Each with their own defining characteristics, such as an original Colonial arch or original Inca niches, suites from the Z-Collection will have incredible views of the Ausangate mountain in the Andes or the San Blas neighbourhood, one of Cuzco’s most picturesque districts. The Nazarenas Suite, formerly the Abbess’ retreat for private prayer, is perhaps the most fascinating, boasting a hand-crafted ceiling of gold embellished roses, whose colours have inspired the entire palette of the hotel’s décor.

Laurent Carrasset, managing director for Belmond Peru, says “The rebirth of Palacio Nazarenas is a complex project, but one that is Belmond through and through. Ever since the company embarked on the revival of the Venice Simplon-Orient-Express in 1978, breathing new life into historic icons has become one of its hallmarks.”

To celebrate the launch of the hotel, Belmond has put together a special opening package that will allow guests of Palacio Nazarenas to discover the gastronomy of Cuzco through the eyes of Chef Director Virgilio Martinez, who will be overseeing all cuisine at the hotel ensuring that every ingredient is sourced from within a 100km radius of the hotel. The ‘Taste of Cuzco’ package begins with a market tour with Virgilio. Guests will then be treated to a cooking class with the talented chef who will take them through the basics of Andean cuisine. A customised three-course dinner, which allows guests to choose the ingredients they would like to sample, is also included in the package which starts from approximately £504 per room per night, based on a three-night stay.