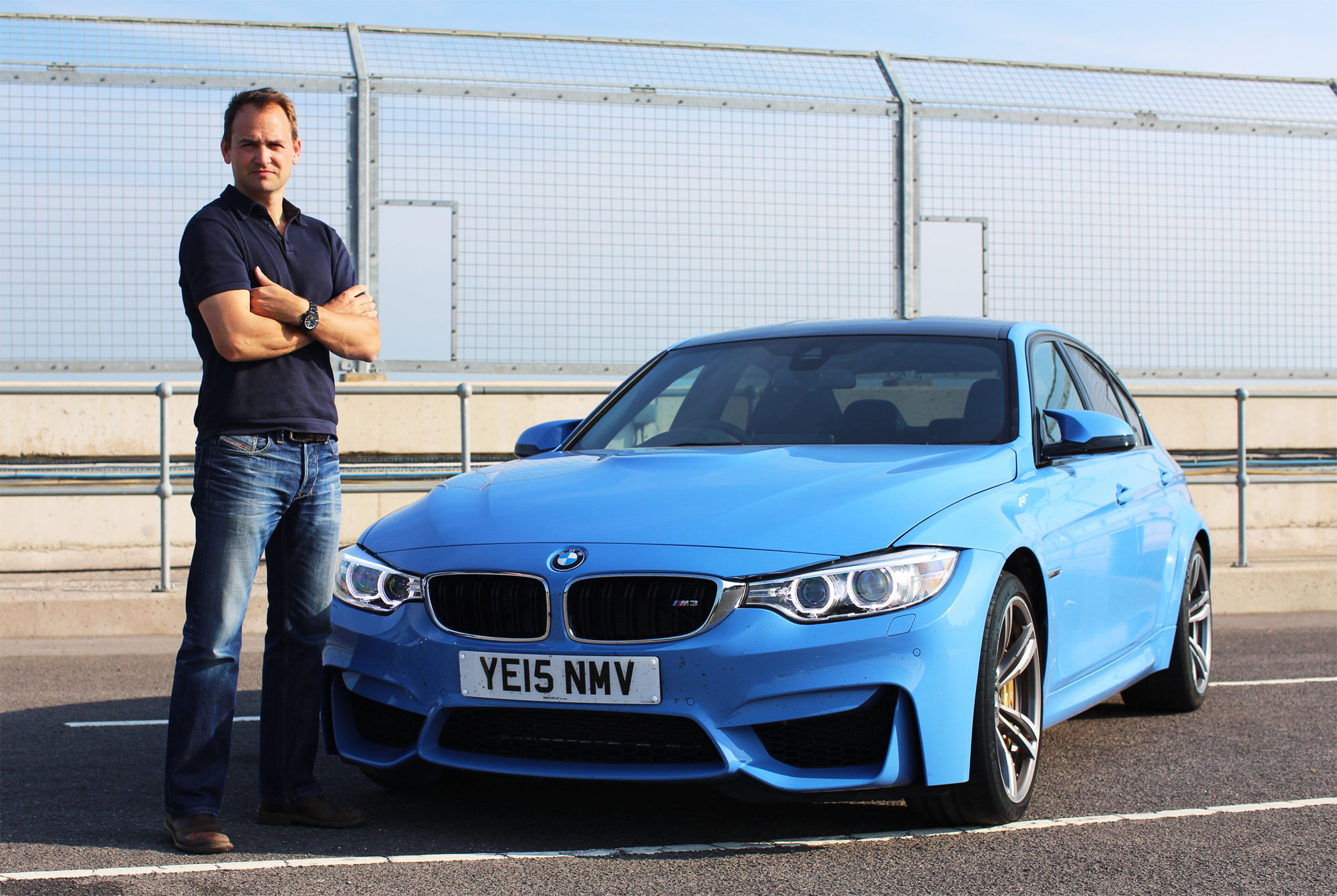 Better known as “The Stig” from BBC’s internationally acclaimed Top Gear TV programme, the anonymous and mysterious driver kept viewers guessing as to his identity for 8 years.

Ben Collins is a Champion racing driver in his own right, having won races across a diverse arena of Motorsport, from the Le Mans Series through to GT and NASCAR. As a stunt driving expert, he has worked on numerous Hollywood blockbusters including Batman, Fast & Furious and the latest James Bond movies. Simon Wittenberg caught up with him to find out more.

LM: What fuelled your love for cars? Does this passion run in the family?
BC: No two trips were ever the same growing up, and my Dad changed cars as quickly as he could fill the ashtray – he was a 40-a-day man so that was never long! Dad loved cars and he drove them hard so it was never a dull experience in the passenger seat. Roads were different then with far less traffic, but I still think the spirit of adventure is out on the open road and his passion must have been in my DNA. 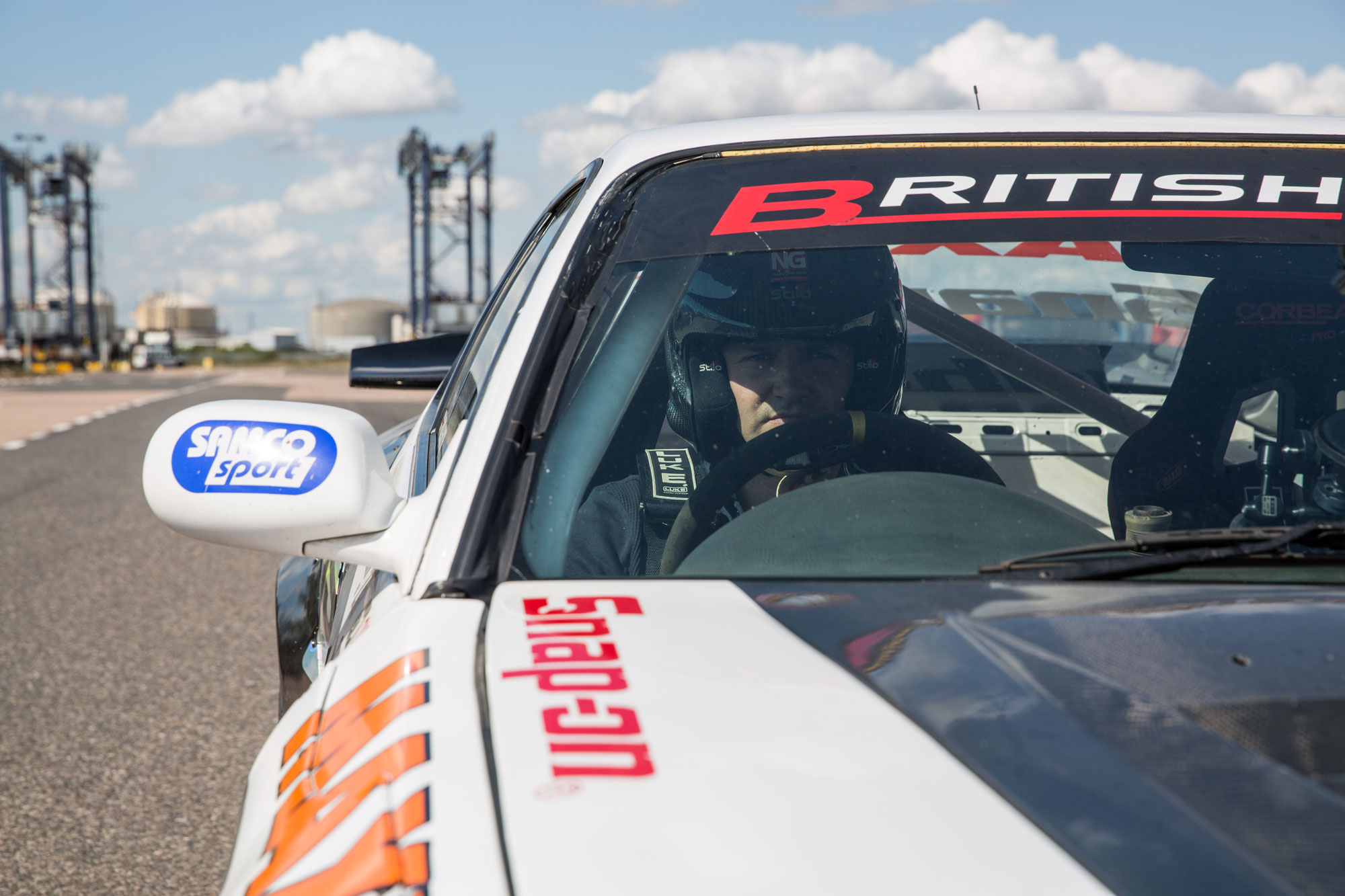 LM: You are a motorsport champion, and have won many races. What is your standout victory?
BC: There’s real satisfaction winning a championship because it gives the team the recognition they deserve, and the result shows you have consistent speed and a cool head. But oddly enough, I still remember a race I’ve never won as my best moment in motorsport: Le Mans. In my rookie year, I set the overall pace in heavy rain for four hours and beat off a host of Formula One drivers and that meant something to me.

LM: As the once anonymous Top Gear Stig, what was the best car that you drove around the Top Gear test track?
BC: Probably the Porsche Carrera GT because it’s a challenging car to drive, but once you absorb yourself in the way it behaves, it’s incredibly satisfying. A good car fits like a glove and becomes part of you so that you feel every inch of the road – it’s a shame that more manufacturers don’t pay attention to that as we become increasingly cut off from driving by a robotic interface.

LM: Who did you tutor for ‘Star in a Reasonably Priced Car’? Do you have any particularly amusing anecdotes?
BC: I coached hundreds of celebrities and many stood out – on average the girls did better than the boys which was curious. Men never stop to ask for directions and we find it hard to learn sometimes, whereas the ladies were all ears which is why Ellen MacArthur and Jennifer Saunders were so fast. My greatest moment was riding with a blind veteran called Billy Baxter – he was incredible and managed to best five sighted celebs. 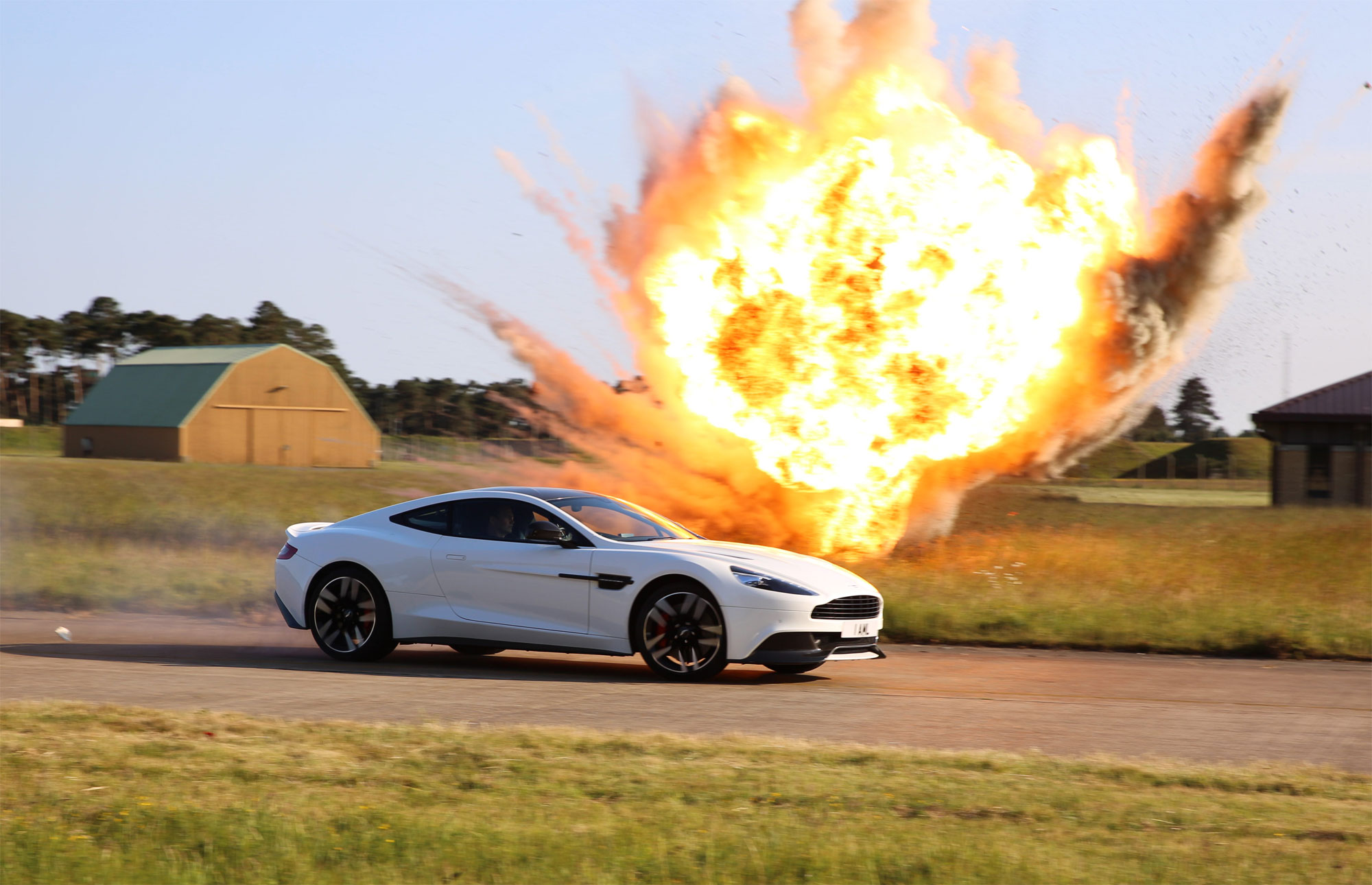 LM: You have done some stunt driving for James Bond films. What was life like on set, and what are your thoughts on the Aston Martin DB10?
BC: I love working on Bond movies because you feel like you’ve got the best of everything – great story, incredible actors and the best stunt crew in the business. Bond loves an Aston, and whether it’s young or old, they have a special place in Bond history. The new cars are very aggressive which makes them a lot of fun when you’re set loose on a closed road, but the old DB5 is a class act too – you can really feel the 60s when you float along the road in it.

LM: You are a world record breaker. Please tell us more.
BC: My record breaking skills are in their infancy to be honest, but I did set a Guinness World Record with a young lady called Stephanie Rowsell who was brave enough to strap on a wakeboard and allow me to tow her up to speed on three inches of water off the coast of Wales – she did all the hard work! I’m looking forward to some challenges of my own and have one coming up very soon

LM: You have just released ‘Ben Collins‘ Stunt Driver on DVD, Blu-ray and Digital HD. What will viewers be treated to?
BC: We had a tonne of fun making this, and hopefully viewers will share that. We wanted to make something that put the viewer in the driver’s seat for some of the heart pounding car chases. Hollywood is known for this, and I found myself pushed to the limit to deliver that pace for a full feature rather than just for a few minutes. If you like fast cars, movies and things that go bang, as well as some of the personalities that make the movie business tick, then this is for you. 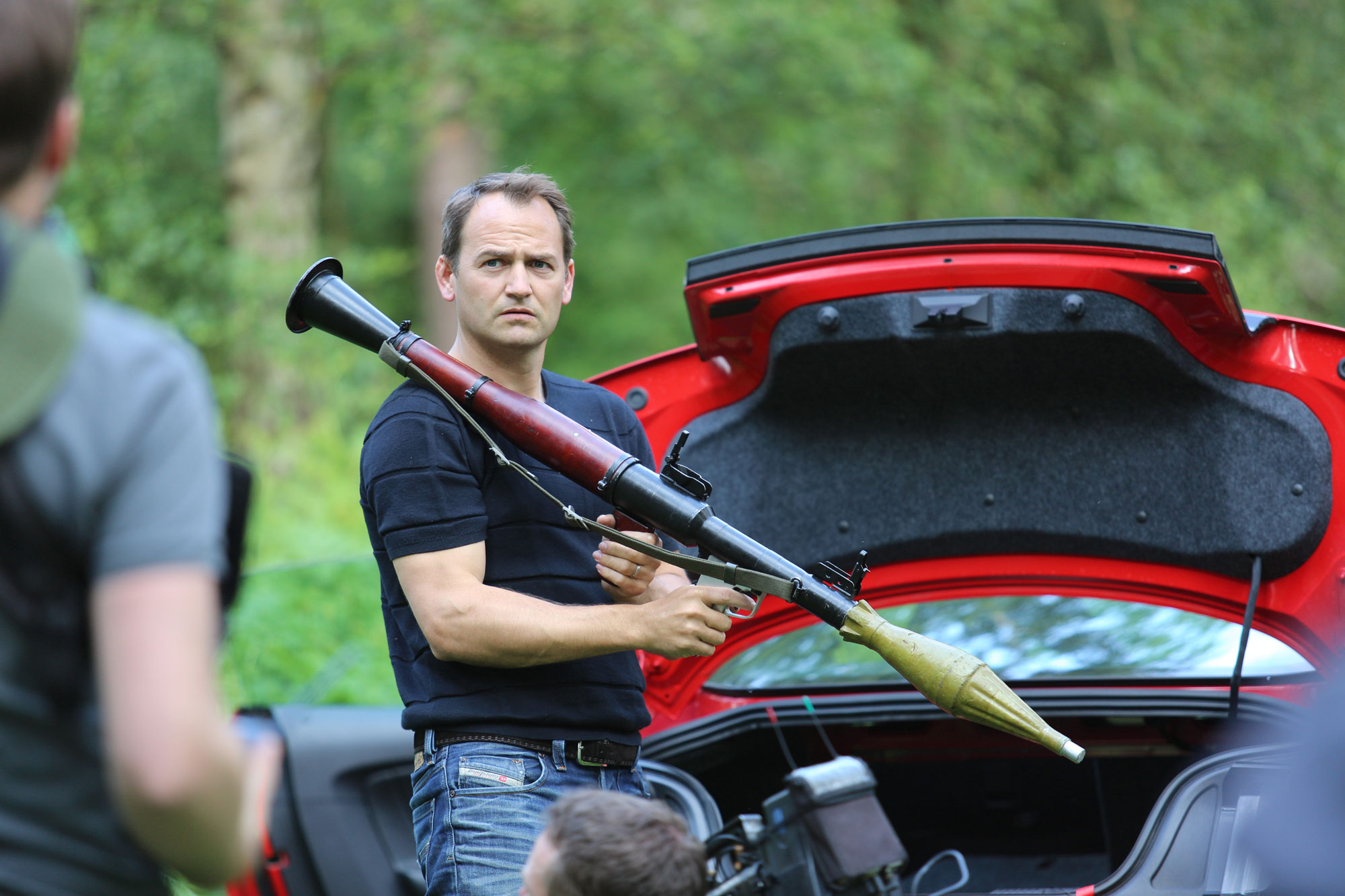 LM: What is your own luxury in life?
BC: Fast cars, good food and skiing. When time permits, and I can combine all three, then I’m in heaven – there’s no better road trip than a drive to the Alps with your skis on the roof, a stunning view and a plate of mouth-watering food.

LM: What are your favourite destinations and luxury hotels that you like to relax in?
BC: I like small independent hotels that really take care of you like the Rookery in East London or the Soho Grand in New York. There are some great spots all over the world and the trick is finding them.

LM: What is next for you after already enjoying such an incredible career?
BC: Stunt Driver was just the beginning! We plan to make more, and I’m working on some exciting new movies for 2016, so I’m very fortunate to still be doing the job I love most. 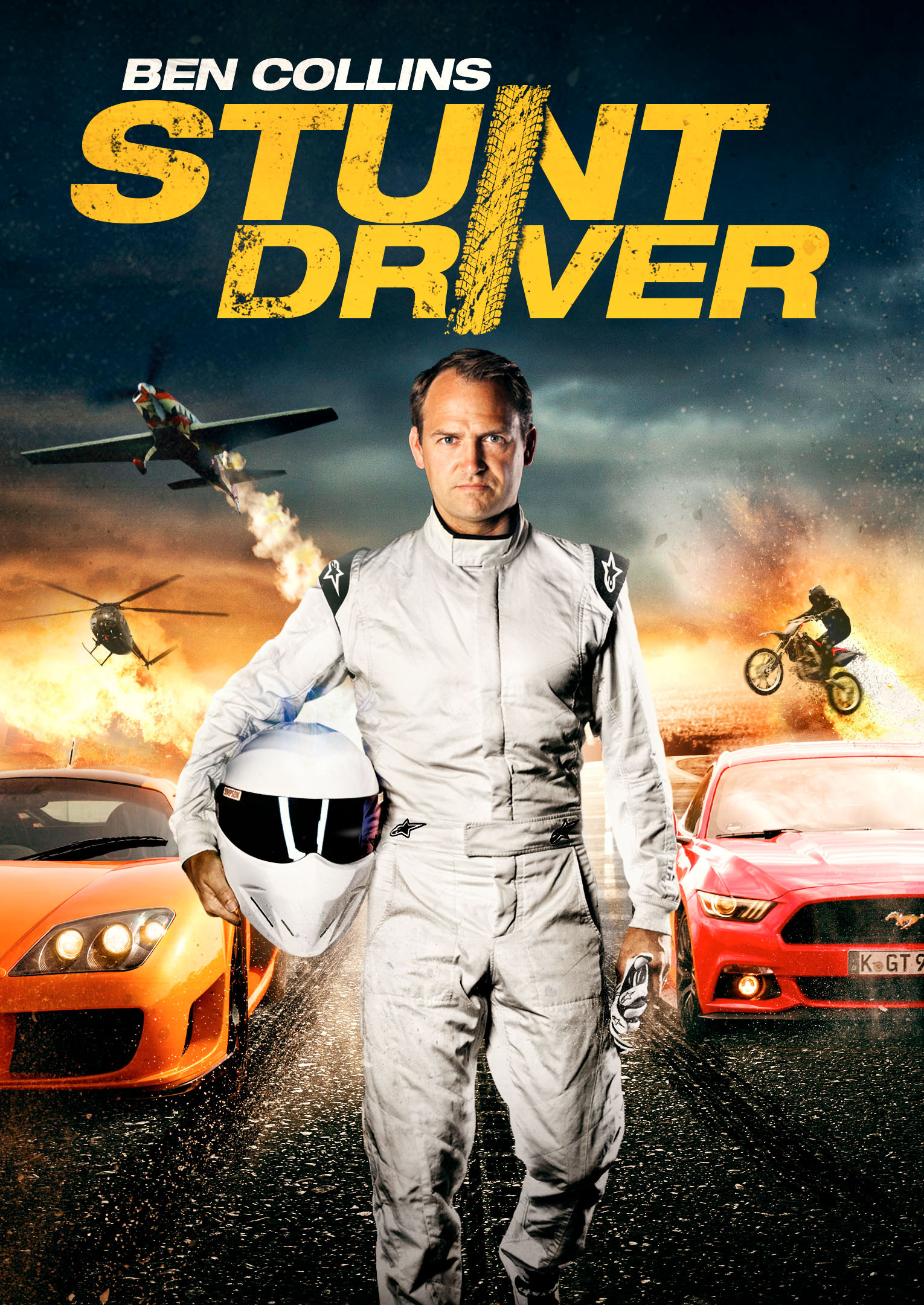