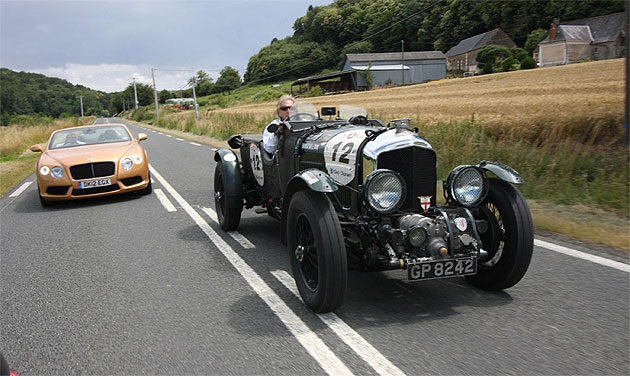 Racing a 4 ½ litre Bentley Blower at the Le Mans Classic (in partnership with owner Martin Overington) Bell was supported by a 3-man pit crew from Mission Motorsport – a UK charity that rehabilitates seriously injured military personnel by actively involving them in a wide range of competitive motor racing challenges.

Bell’s support team was led by former Royal Marine Commando Tony Compson, working alongside Gary Dunning and James Gillborn. All three men have suffered serious, life-changing injuries on active service but that did not stop the Mission Motorsport team from delivering some of the fastest possible pit stops for Bell and Overington or working right through the night to ensure the Bentley Blower was able to race on Saturday.

Derek Bell commented: “It was an honour to have the Mission Motorsport lads as our support crew. They showed a real Le Mans spirit by working tirelessly on the car when we faced some major mechanical challenges and were fast and extremely focussed in the pit lane. It was genuinely hard to believe this was their first Le Mans experience or that these men are still recovering from some terrible injuries.”

Martin Overington added: “It was privilege to work with Tony, Gary and James. They were a huge asset throughout our campaign at Le Mans and Derek and I always felt we were in safe hands with the best possible chance of being competitive.”

Whilst there was disappointment that the Bentley Blower was unable to compete on Sunday, Bell and Overington secured a highly credible 15th out of 69 entries in the Saturday race with the Mission Motorsport team achieving a 92-second pit stop. 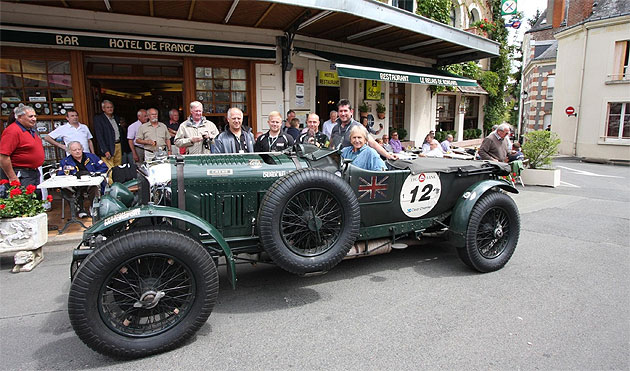 Major James Cameron, Director of Mission Motorsport said: “The challenge of going racing, being competitive and working in a team environment again is playing a key part in restoring the confidence and physical fitness of large numbers of service personnel who are currently on the long road to recovery. It really does not get much better than racing a Bentley at Le Mans with Derek Bell and we hope the story will inspire other people to support us.”

Bentley Motors, Derek Bell and Mission Motorsport would like to thank Martin Overington for his kind support during the Le Mans Classic race. The team was sponsored by Crewe Genuine Parts, suppliers of replacement parts for all Bentley and Rolls-Royce models built in Crewe, England from 1955 to the present day.