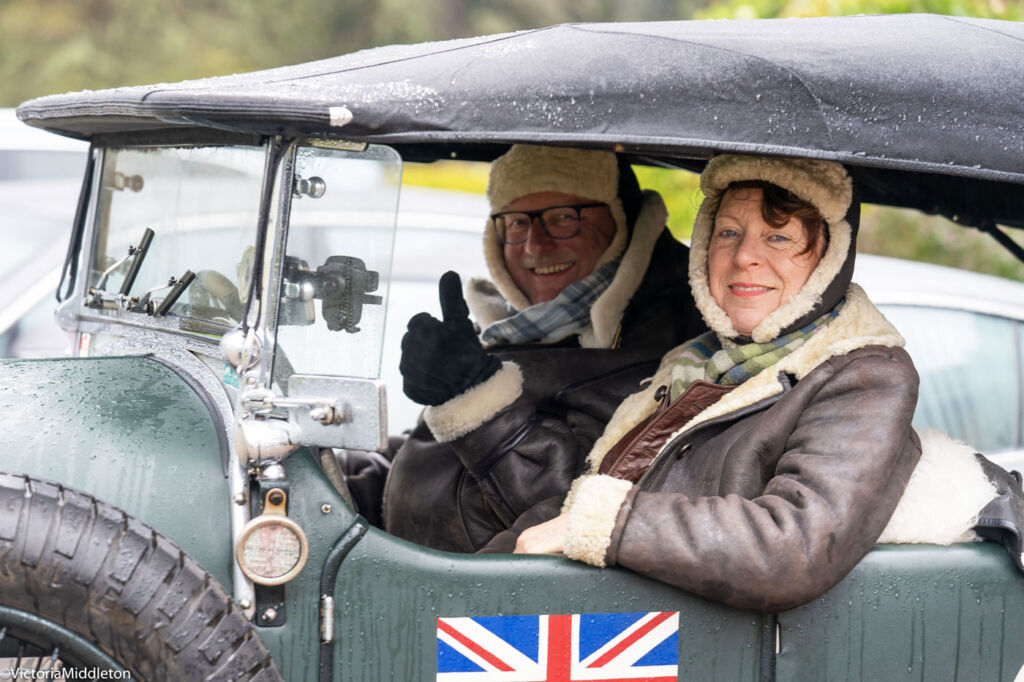 After a quick chat with some of the other drivers, it was business as usual.

Mike rarely switches off from work and his car operates like a mobile office. After bypassing my conscience and convincing myself it was the best place for him, any pangs of guilt about driving the most prestigious of the legs to Edinburgh and through the city centre had dissipated.

For the first part of the drive, I chose to stay towards the back, following the exceptionally friendly Robert and Maryke Middlemann in their stunning 1929 Bentley Speed Six 6 1/2-litre Le Mans-Style Tourer. The drive to Edinburgh could best be described as serene. I felt happy, relaxed and content. Armed with a walkie-talkie, myself and the other drivers were provided with regular route updates, information on the historic sites we were passing, all interspersed with some light-hearted humour.

Over the years, I’ve been fortunate to drive some of the finest luxury cars in the world. The 2003 Continental R was distinctly different from all of them. The refinement and power was similar, but this felt like a car built by people with skill and expertise passed down through generations, not a car put together by robots. It felt like I was doing the driving rather than a tech-laden marvel chauffeuring me from A to B.

As we headed towards Stirling, one of the drivers, Maria Steel, had organised a drone to film the procession and had her family and friends come to the roadside to cheer and wave us on. If you have any preconceived ideas of what a typical Bentley owner is like, let me dispel them. Maria was the type of person every car fan would warm to. She was fun, wasn’t pretentious, loves cars and is generous with her time and compliments. Obviously, it’s impossible to apply this to every owner, but the ones I spent time with certainly were in the same vein. 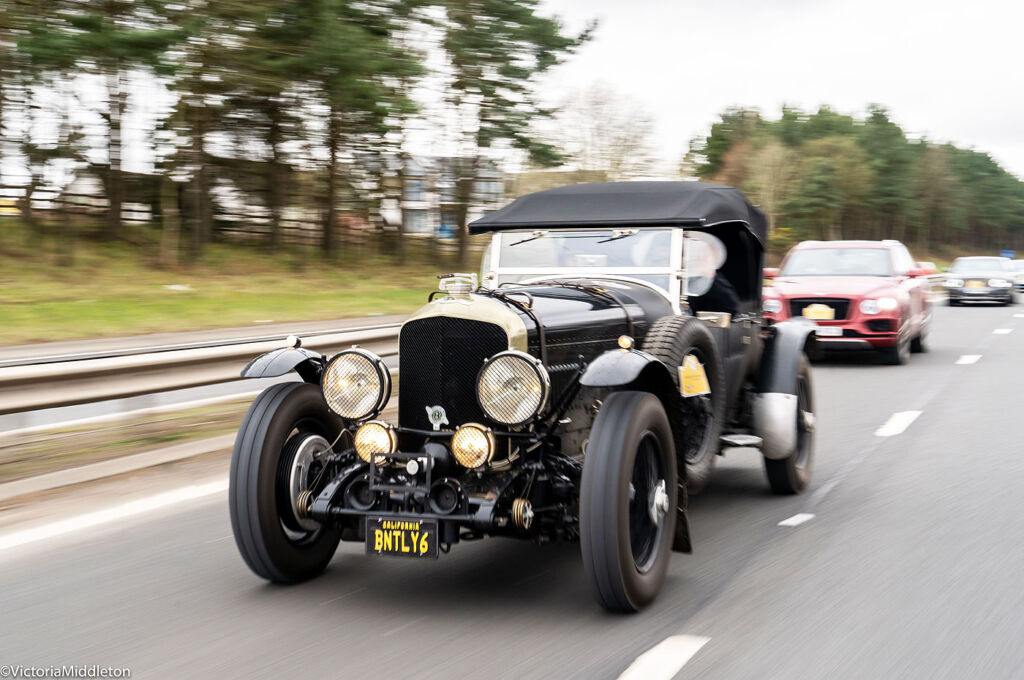 Before reaching the city, we were treated to a short run along the motorway. I made the best use of sport mode by giving a short prod on the accelerator and in an instant was near the front of the procession. Why not? I was driving a museum quality piece, a car with its own place in motoring history, and the people of Edinburgh needed to see this magnificent car.

It was at this time, the sun decided to reveal itself. With the rays beating down, I decided the time was right to open the windows and turn the radio on, unleashing the car’s magnificent ‘quadripible watt’ sound system. 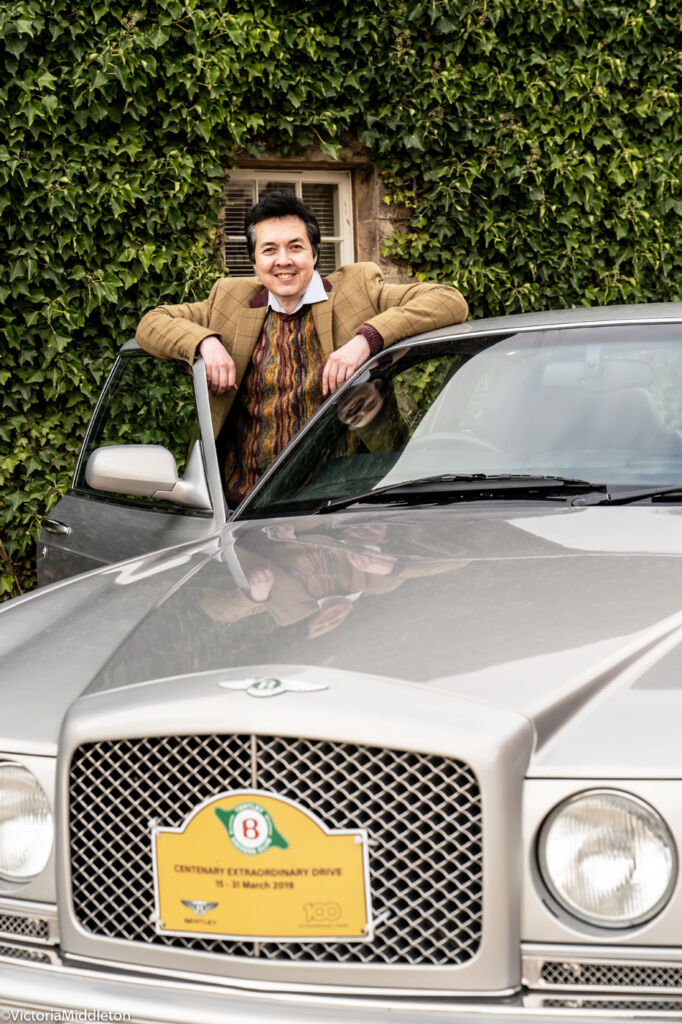 I turned up the volume when Dire Straits’ “Walk of Life” came on, popped my arm out of the window and eagerly waved at all the smiling faces. The silent interaction between drivers and pedestrians was wonderful. People stopped, took photographs, smiled and waved at this procession of incredible cars. I felt like a superstar driving the Continental R.

Alas, all good things must come to an end, and before long, we were driving out of the city along the coast and onto my destination for the next couple of days —Archerfield House.

We turned onto the long driveway and proceeded to the front of Archerfield. It’s such a beautiful looking building, it wouldn’t look out of place in a Merchant Ivory production. Once at the house, we were instructed to park in an arc. All the drivers managed to slot into this simple formation without a hitch.

That should be, all the drivers except me. I was the one who’d embarrassingly parked at the wrong angle! After a small amount of manoeuvring, the scene was set for what would be a unique photo opportunity. 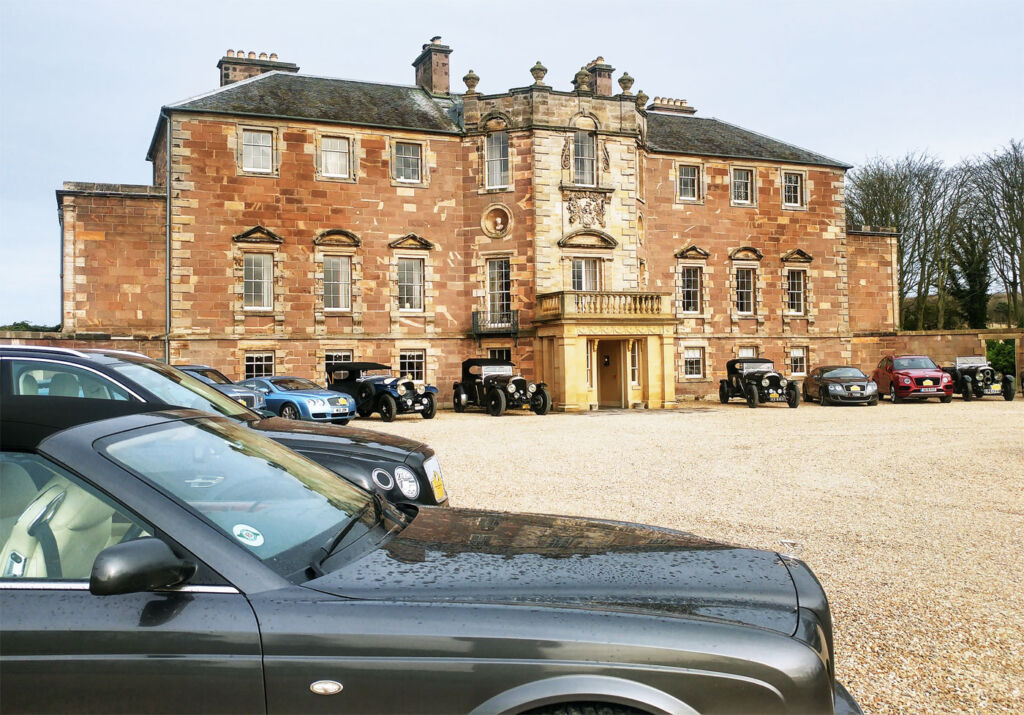 The interior of Archerfield House is every bit as spectacular as its exterior. Grand rooms with high ceilings, the finest furnishings and crisply tailored staff buzzing around ensuring guests had all they needed.

I was eager to see where I’d be laying my head based upon what I’d already seen, and I wasn’t disappointed, my room was huge! It overlooked the golf course at the rear and was the same size as the main drawing room located directly underneath it. I even had the luxury of two bathrooms. It was one of the finest suites I’d experienced and that’s a bold statement coming from the owner of a luxury magazine!