Announcing the appointments, Member of the Board for Sales and Marketing, Alasdair Stewart, said:

“Bentley is going from strength to strength so it is important we have the very best people to lead this growth. With Guillaume and Till both having extensive experience of their respective markets and proven leadership skills, I am confident Bentley, our dealer partners and, most importantly, our customers will see the benefit of an even stronger Bentley team.” 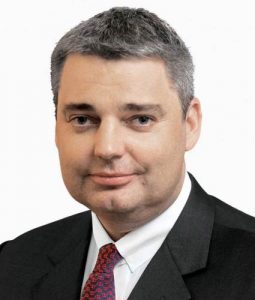 Till Scheer (46) joins Bentley from Volkswagen Hong Kong where he was responsible for both the Volkswagen and Bugatti brands. A native of Germany, he was educated in the UK, France and the USA before joining the automotive industry. Having acquired extensive experience in sales, business planning and brand management within the German operations of both Renault and Fiat, Till joined the Volkswagen Group in Italy in 2003 as a Director, becoming group network planning Director in 2006. He moved to Hong Kong in 2008, establishing the Volkswagen importer operation for the region and subsequently delivering significant improvements in market share, customer satisfaction and profitability.

Till will now lead the growth of both the Bentley and Bugatti brands in China. In 2011, Bentley sales virtually doubled in China with 1839 cars sold in the region. With growth expected to continue in 2012, Till will also oversee the expansion of the network ensuring Bentley’s growth is matched by the customer service befitting the Brand’s high luxury status.

In Europe, sales increased by over a half last year, despite the economic fragility that affected certain markets. Led by a German market that increased by a remarkable 88% in 2011, Bentley expects further growth in 2012 with the arrival of the new Continental V8s as well as continued strong demand for the Bentley Mulsanne. 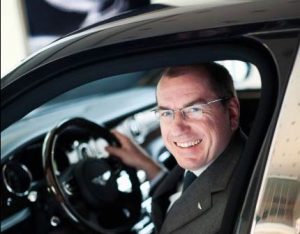 Guillaume Chabin (43) joins Bentley Motors from Lotus where he was responsible for the company’s worldwide sales, aftersales and retail development operations. Prior to that position Chabin acted as General manager EMEA for Ferrari’s headquarters and director of the German importer of the Italian manufacturer. With 20 years of extensive experience in automotive industry the father of three also looks back on a close relationship with Bentley Motors. Between 1999 and 2007 he worked at Bentley’s European Head Office in Berlin where he actively drove the redesign of the dealer network and sales activities.