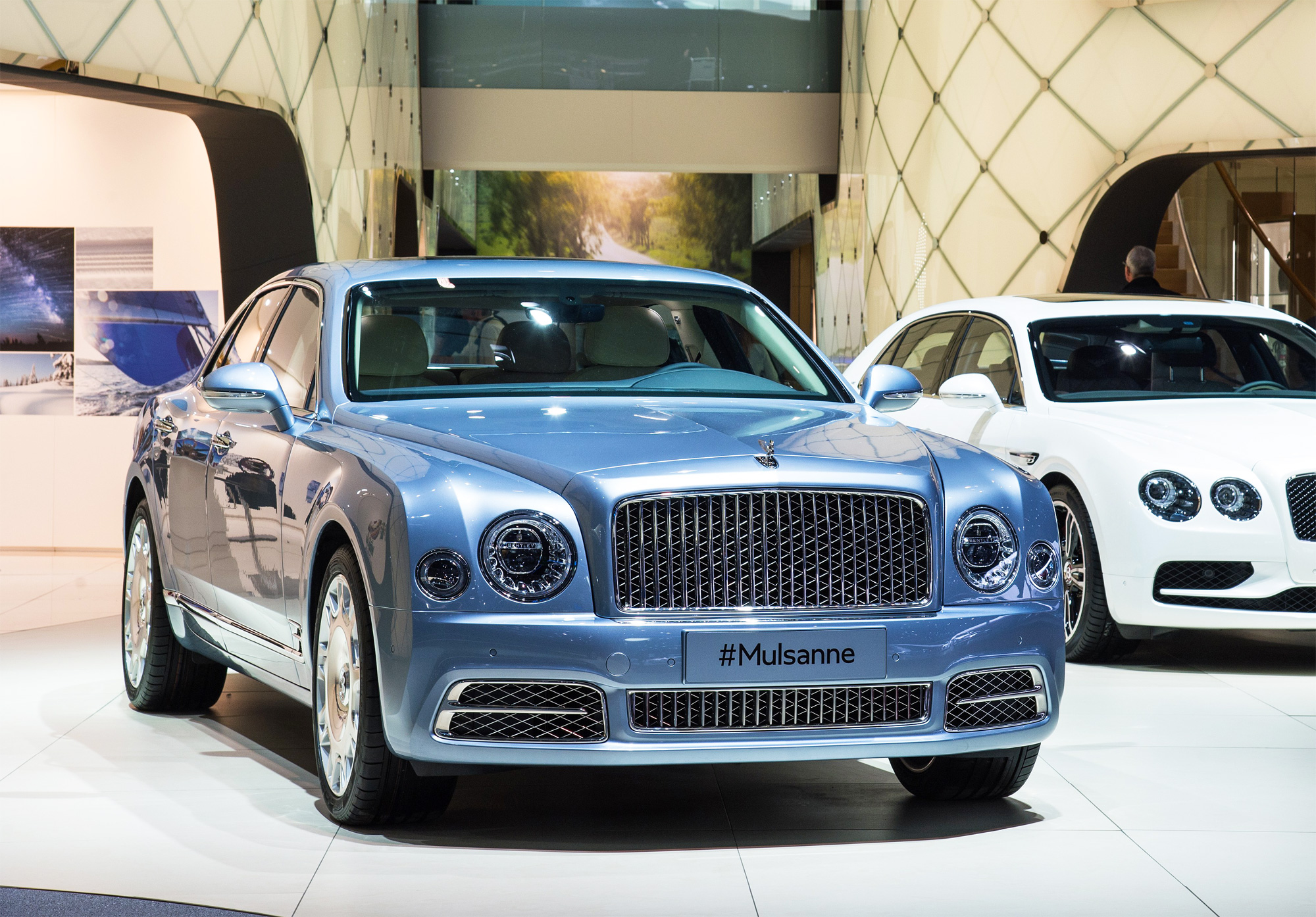 Bentley’s “luminary” booth concept, which was originally launched in 2013, offered up to 780m² of space and follows the new Bentley Motors corporate identity. This now award-winning booth consisted of two levels: The ground floor served as the display area for the whole of the Bentley model range, including the Continental, Flying Spur, Mulsanne and their new luxury SUV, Bentayga. Within this display area, up to seven cars can be shown, five on the main square and two in the rear area. The ground floor also played host to the “Personalisation and Inspirator Area”, the “Mulliner Lounge”, the “Performance Lab”, the “Bentley Boutique” and the “Media Zone”. 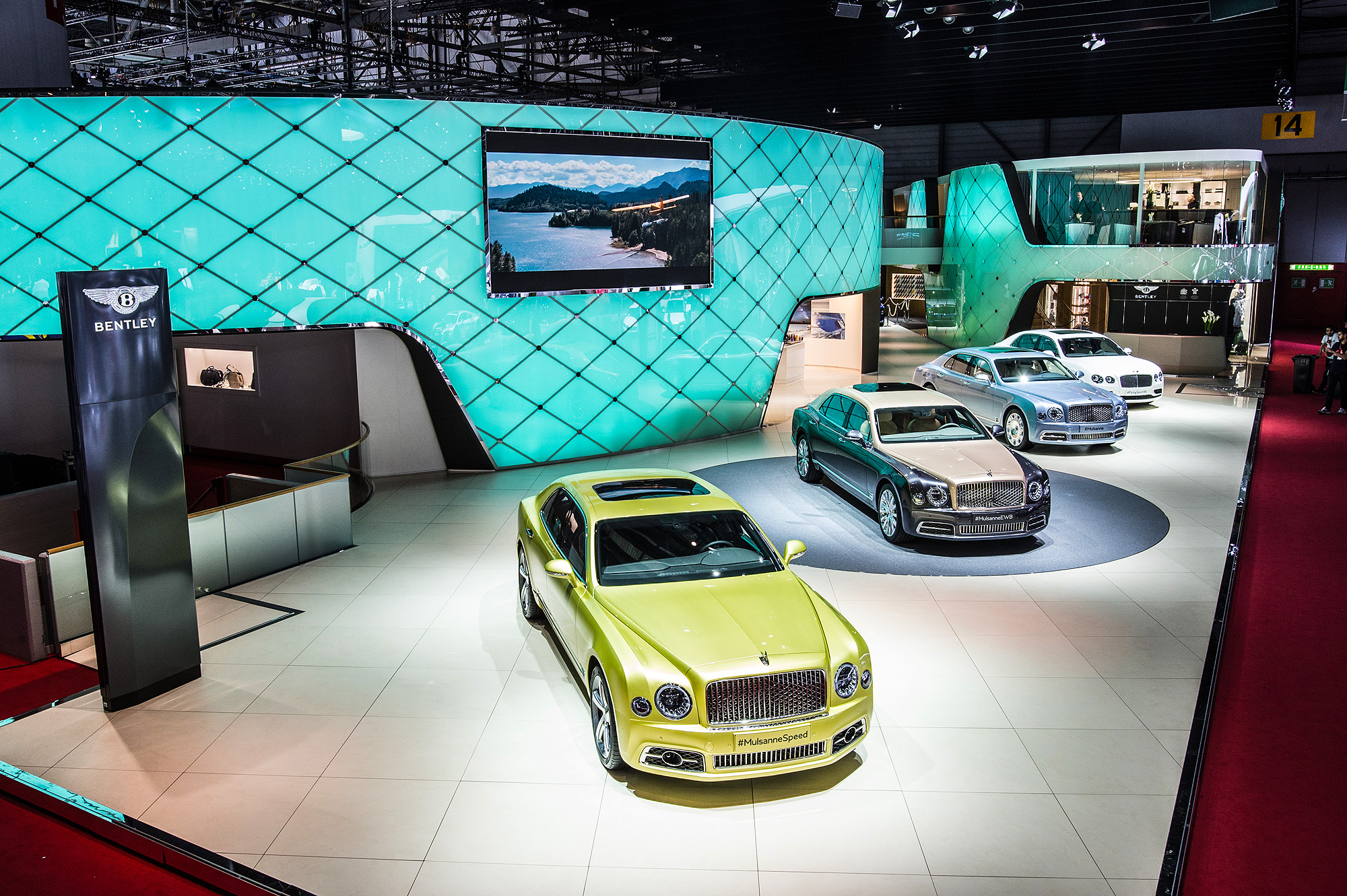 The Personalisation and Inspirator Area offers a space on the stand for customers where they can tailor their cars to meet their needs and wants. With access to the ‘inspirator’ app, the car configurator and a selection of paint, leather and veneer samples, prospective customers are able to specify cars in complete confidence.

The Mulliner Lounge is a place where Bentley’s most discerning customers desires can be turned into reality. The Performance Lab, which is unique to the Geneva Motor Show, showcases Bentley’s on-road capabilities. It also offers an insight into Bentley’s all-wheel drive ability, the new infotainment systems and off-road capabilities. It is here that visitors are able to immerse themselves into the world of Bentley’s performance. 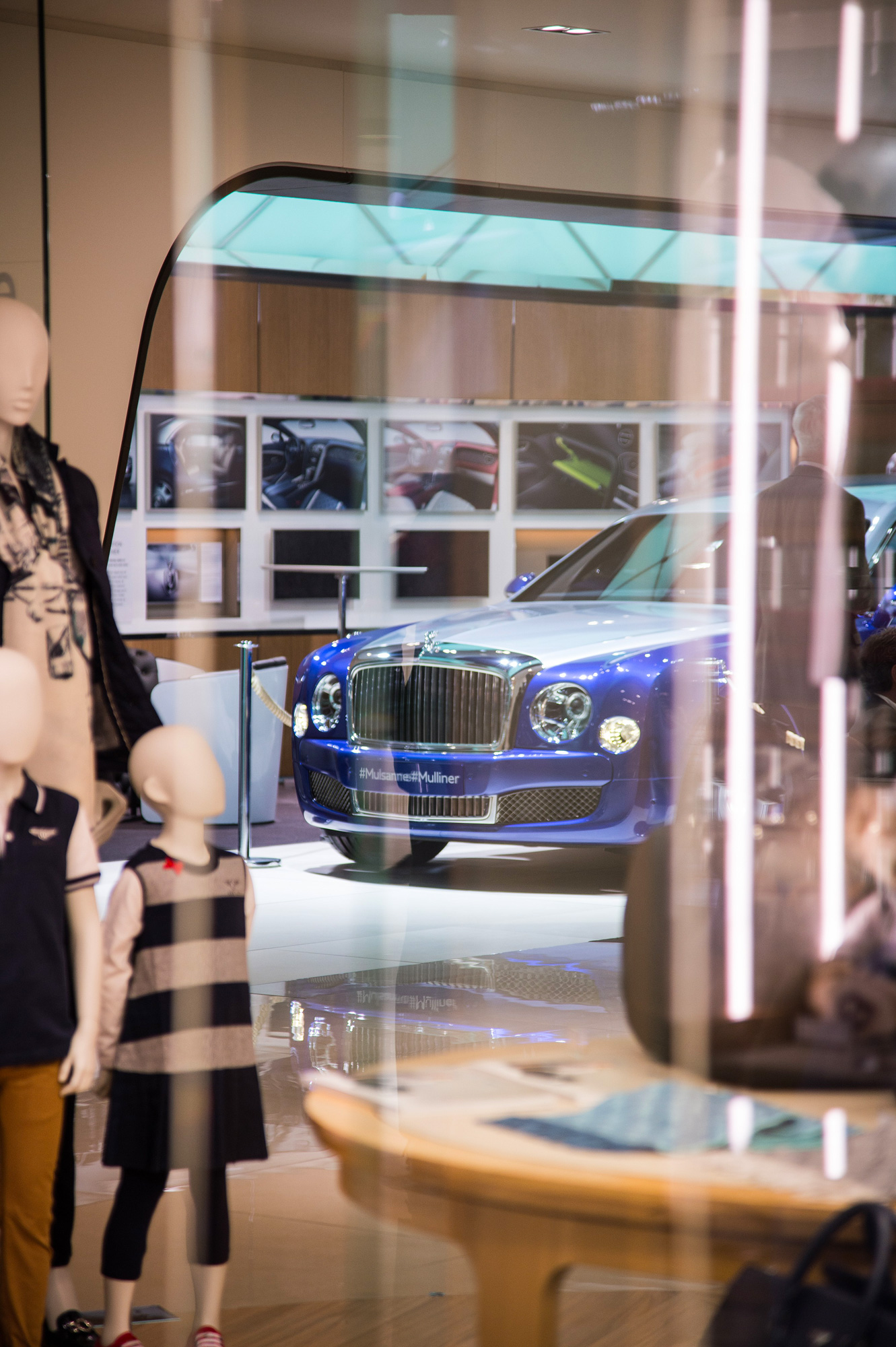 The Bentley Boutique is where customers and enthusiasts can view branded lifestyle products such as bags, clothing and accessories. On the second floor, Bentley created a place for invited guests to remove themselves from the ‘Melee’ and sample the legendary Bentley hospitality via their CW1 Lounge,  (CW1 being the postal code of the Bentley Motors headquarters in Crewe).

The design and clear structure of the booth took inspiration from Bentley’s renowned DNA as well as the world of high luxury in general. A good example of this was the adoption of a diamond pattern inspired by Bentley’s matrix grille and quilted leather.

Throughout the stand, many iconic Bentley materials were subtlely integrated into the display such as leather and chrome detailing. 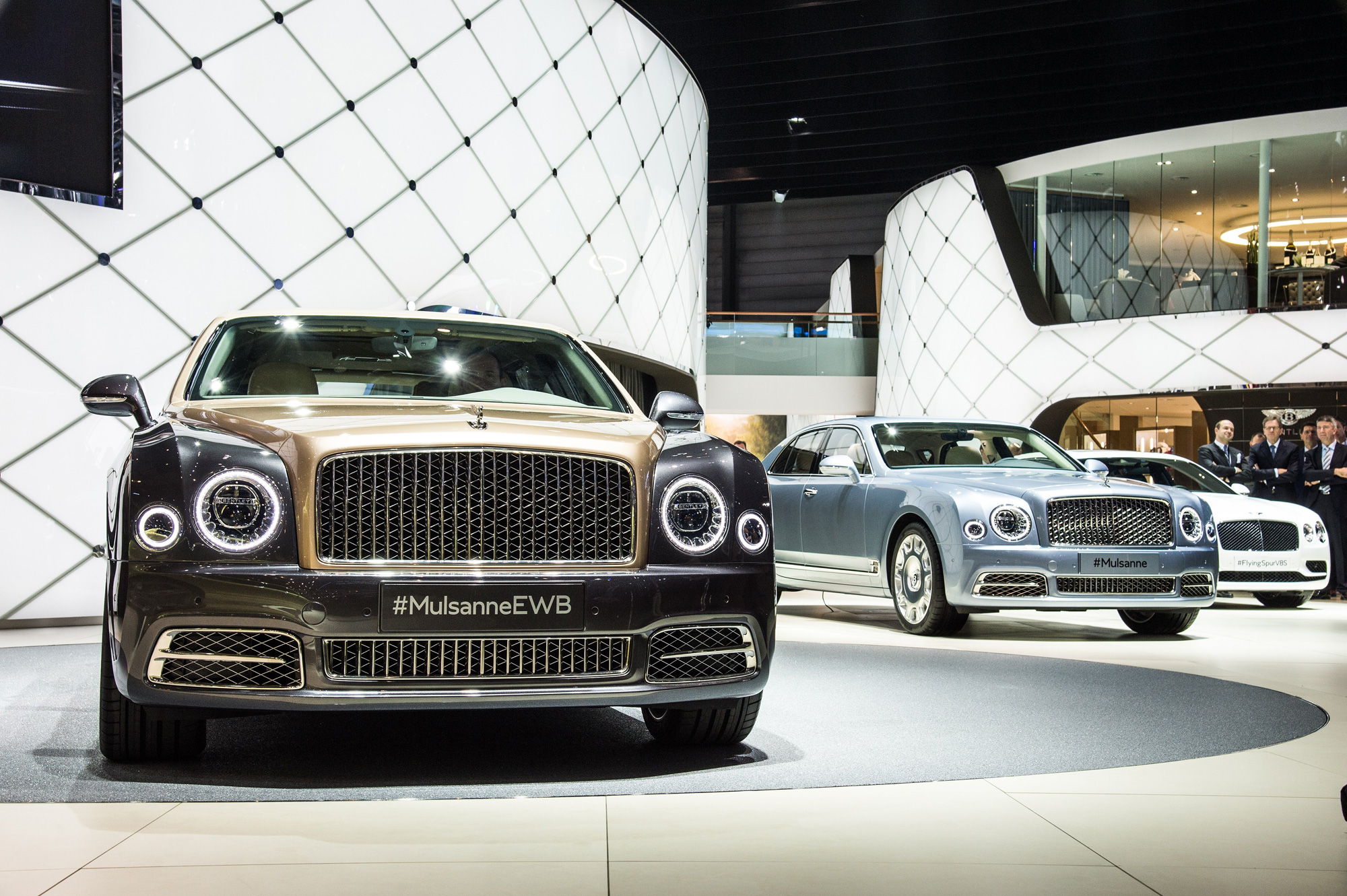 The dynamic illuminated façade aptly called “luminary” displayed an impressive use of the light in an intelligent way. The Luminary display was glass back-lit by 90,400 LEDs on the Geneva show stand ensuring a design feature which became must-see destination for visitors to the show. The end result for the Bentley team’s hard work was a perfect visual harmony between luxury and performance. 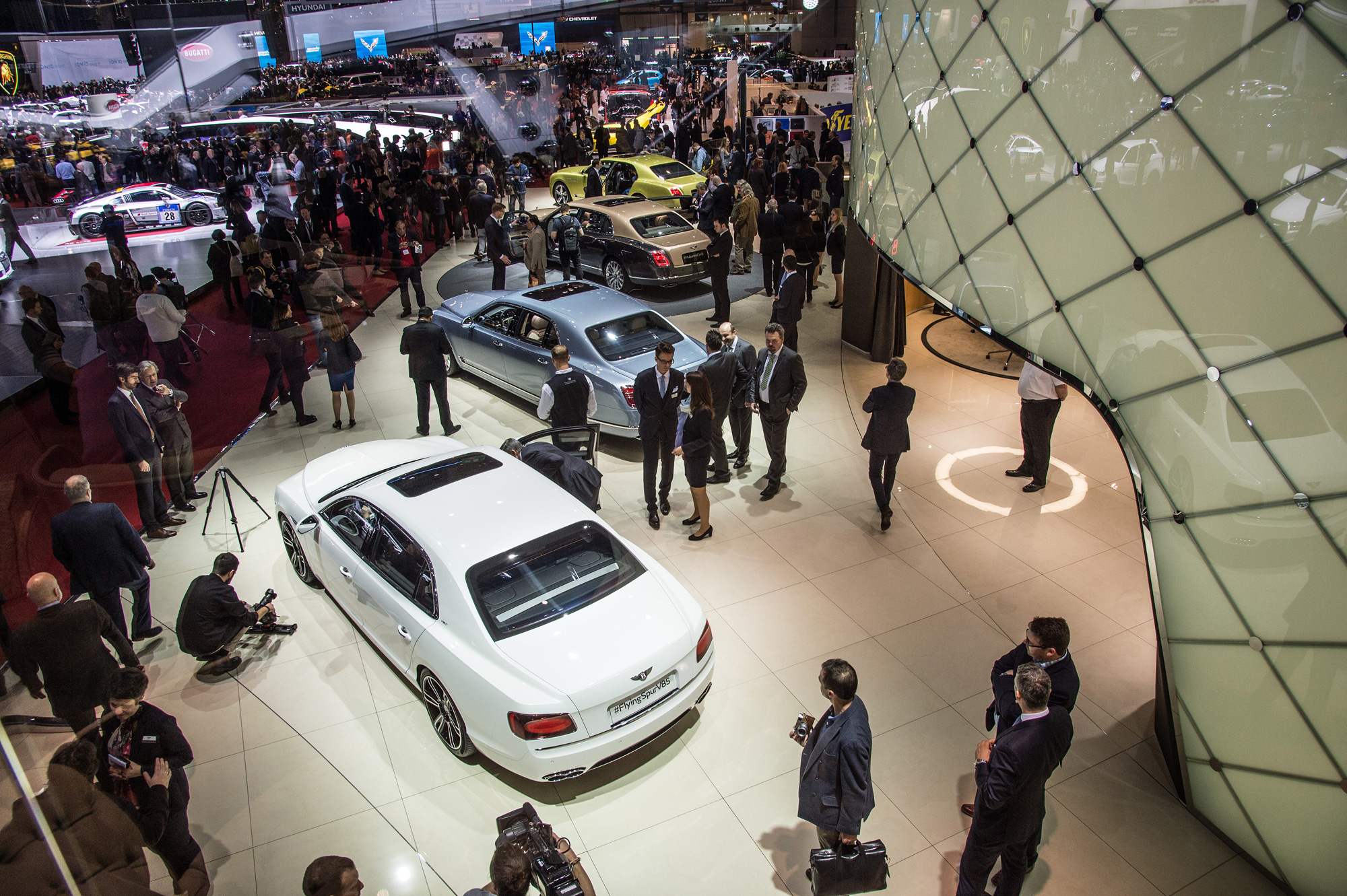 To find the overall winner, the panel undertakes an extended walk around all of the booths, and for 2016, they decided that Bentley Motors was the deserving winner.