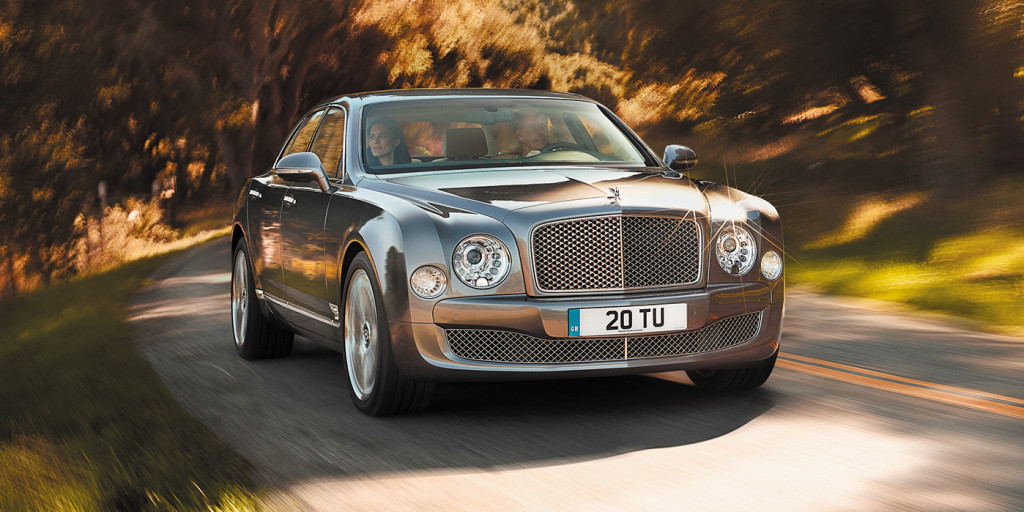 What makes a Bentley Mulsanne Speed worth a third of a million pounds? We head to Munich to find out.

The rush-hour drive from Munich Airport to our five-star hotel could easily have been a fraught, tiring journey that had to be endured – yet, in the event, it turned out to be hushed, relaxing, and absolutely effortless.

But that, I suppose, is one of the benefits of having a chauffeur.

And of being in one of Britain’s most luxurious motor cars, of course. For traffic lights, speed limits and lane discipline become of no consequence when you find yourself in the back seat of a Bentley Mulsanne Speed – an experience that feels as if someone has plucked a gentleman’s club out of one of the finer parts of St James’s, added four wheels and a Bentley badge, and given it the power to move at almost 200 miles an hour.

But such sumptuousness, such luxury, must surely present Bentley owners with a terrible dilemma: to drive, or be driven?

I imagine people all over the world are saving up to buy violins, even as you read this, so they can play appropriately sad music at the very thought of Bentley owners going through such agonies. But the conundrum must nevertheless divide opinion in the Bentley-owning fraternity.

It’s no use asking chauffeurs. Apart from their vested interest in doing the driving, no-one could blame them if they were tempted to claim that the cars are simply dreadful to drive, Guv, and that they’re only devoting their careers to doing so out of a deep loyalty and compassion for poor Bentley owners. A tough and unpleasant job, but someone has to do it…

However, I believe those very chauffeurs are keeping a secret to themselves, living in fear that their employers might one day discover quite how splendid it is to be in the driving seat of a car worth slightly more than the average house in much of the UK.

Rumour has it that they’re all bound by a chauffeurs’ omerta, so strictly enforced that if any of them dares to break the code of silence, he’ll have to be spirited away into a witness protection programme, undergo extensive plastic surgery, and be given a new identity.

And any protestations he might make that the perfect cover would be for him to be given a new existence as a Bentley owner are unlikely to be fulfilled at the British taxpayers’ expense. Though no-one could blame him for trying, I suppose.

I mused on this as the Bentley swished its way into the elegant driveway of the hotel, where four others in different colours were already waiting.

The chauffeur (tight-lipped and impressively discreet, I have to report), opened the door and we went to the rear of the car to retrieve my luggage. I have to admit I was caught out by the boot (or the trunk, if you’re reading Luxurious Magazine in the USA).

As I stood there, momentarily unsure how to open it, the chauffeur gave the Bentley badge on the boot-lid the merest touch and the lid opened, smoothly, silently and automatically, to reveal a luggage area that rivalled the Grand Canyon.

I was about to grab the boot-lid to shut it again (as you do) when the chauffeur smiled knowingly and pointed to a large button I hadn’t noticed. I touched it, and the boot lid shut itself, equally gently, in a sideshow performance that could have drawn a respectable crowd in a quieter street only a decade or so ago.

It was only when I was settling into my suite at the five-star hotel that I realised the Bentley was something of a five-star motor car and probably came with its own butler, too, if you bothered to comb through the long-as-your-arm list of optional extras.

For let’s be clear about this: Bentley could have palmed me off with a cheap one, the basic Mulsanne Speed at a mere £250,000, but instead provided me with a model that boasted £52,740 of optional extras, taking the total price to a Luxurious Magazine-worthy £304,740… if you’re saving up.

I’d set off for Munich fearing that the Mulsanne Speed might be something of a gadget-laden barge with handling to match.

But that heretical notion was dispelled as soon as our five Bentleys set off later that evening for our meal at a two-Michelin-starred restaurant.

Within seconds of our departure, people turned to look at our five-Bentley, two-million-dollar convoy, with several boys and young men shooting videos and taking pictures as we wafted past.

We tried out the sound system which Bentley assured us was the finest and most powerful ever fitted to a production car.

With only a standard pair of production ears to judge this with, I was prepared to believe them and have to report that I’ve never heard higher quality sound in a car.

The power was such that I toyed with borrowing a Bentley, finding out where the boy-racers with their street-shaking sound systems in modified Hondas lived, and driving repeatedly past their homes at ten o’clock on a Sunday morning with the windows down and The Archers Omnibus blasting out at maximum volume.

My reverie was interrupted by an oooh of pleasure from one of my companions, a journalist on a motoring publication with a fraction of Luxurious Magazine’s readership, who’d discovered one of the car’s many, many surprises. 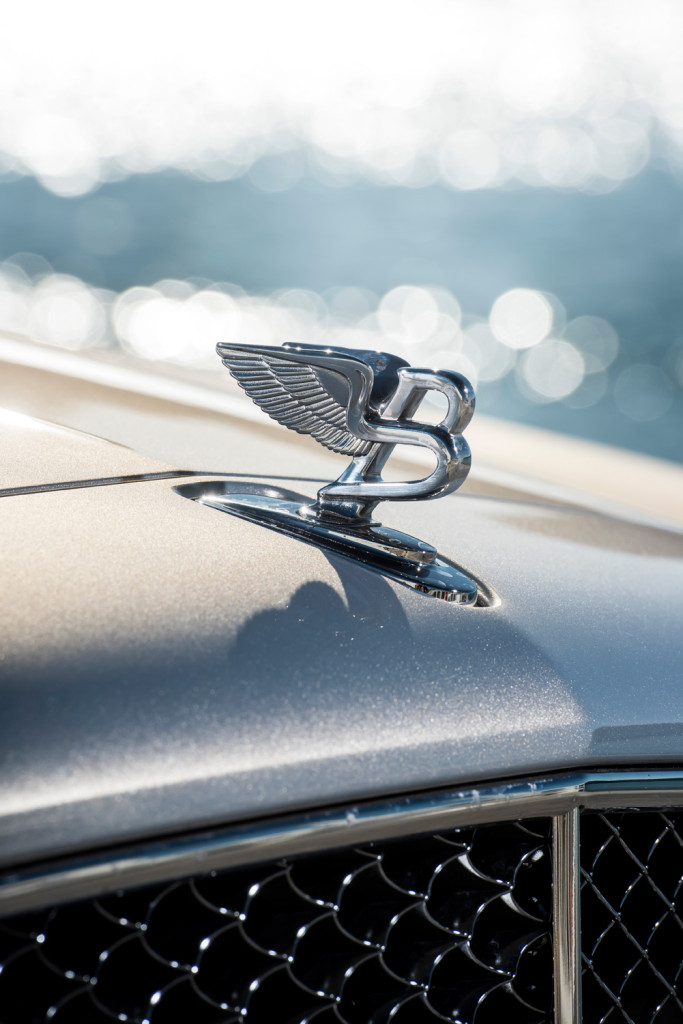 People don’t have back-ache in Bentleys. They wouldn’t dare. Not only do the seats adjust in every useful direction at the caress of a beautiful button, but there’s one more touch (as my companion discovered) that makes the Bentley so pleasurable to drive that it ought to be against the law – and probably is in a number of US states.

The button my companion had pressed treats you to a back massage – a relaxing, professional, in-your-seat experience that’s guaranteed to relieve any stress you might be feeling, though I can’t imagine that anyone accustomed to travelling in this sort of splendour has any stress in the first place.

With the sound system off and the air conditioning on gently, there’s so little noise that, as The Carpenters put it, there’s a kind of hush all over the world… or at least there is if you’re travelling by Bentley.

Later, stepping out of the restaurant and into the waiting cars, we were all suddenly aware of an unaccustomed hesitation on our part.

It was only when we compared notes later that we realised the cause: there’s something so stately, so dignified about the Bentley Mulsanne Speed that you find yourself hastily inspecting your shoes and brushing imaginary dust from your shoulders before you enter it – just as people tend to do involuntarily as they approach the steps at The Ritz in London, not out of an irrational fear that they might be mistaken for an oik and sent on their way, but because they feel the atmosphere of the place demands it of them.

That’s almost certainly due to the 400 hours it takes to assemble each Bentley, not including the countless hours spent in designing and refining this beauty of a British limousine.