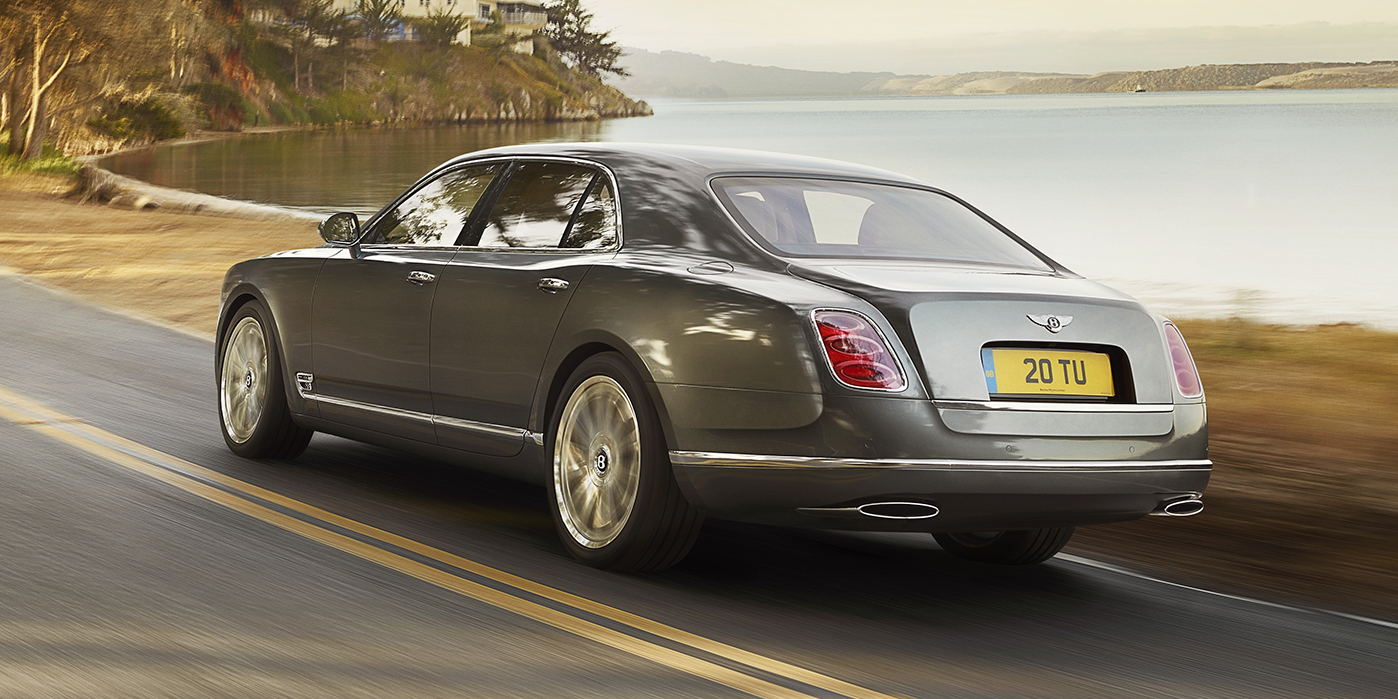 Over lunch at Lake Constance the next day, Bentley’s Head of Mulsanne Operations, Ashley Wickham, fizzed with enthusiasm about the car that he and his team had created – drawing, in his case, on 37 years of experience with the company.

As the first model to be designed completely from scratch, ie with a blank sheet of paper, he and his staff went back to basics and spent ages poking about in classic Bentleys, trying to pin down the features that made them so beloved of their owners and so envied by the rest of us.

They ooohed and aaahed then ummed and aaahed over every little detail, giving the interior a retro feel using organ-stop switchgear and chromed dials, and even an indicator sound that had to pass three auditions before it won the role. Their efforts resulted in a car that is opulence incarnate, a palace on wheels that’s as tasteful as it’s a technological triumph.

The subtle touches delight every bit as much as the more obvious details, such as the quilted leather panelling and the concertina blinds that glide across the rear side windows and rear windscreen to ensure your privacy.

In the car park, for instance, Bentley’s PR man swung the car door behind him but it didn’t quite shut. As someone who would have fallen out of a Riley Elf on a sharp bend in my student days if I hadn’t been wearing a seat-belt, I was about to warn him the door wasn’t shut properly when he gave me a reassuring glance and the door shut itself, silently, as part of a soft-close procedure that, when owners demonstrate it, must account for at least 8% of Britain’s entire smugness output.

And they’re proud of their woodwork at Bentley. Where other manufacturers might run to a smidgeon of polished wood in their top-of-the-range models, Bentley owners are given a rather more impressive choice.

Such as which species of tree they’d like it to come from. That’s right: species. There are 10, apparently.

And the veneers are not just book-matched for perfect symmetry, but customers who pop into the factory in Crewe can choose the actual piece of wood themselves. Many choose burr walnut, some prefer tigerish stripes, and others go for a pattern they think they can spot faces in. With a potential third of a million pounds at stake, how could a Bentley employee do anything but agree, politely and enthusiastically, and somehow manage to see those faces, too? 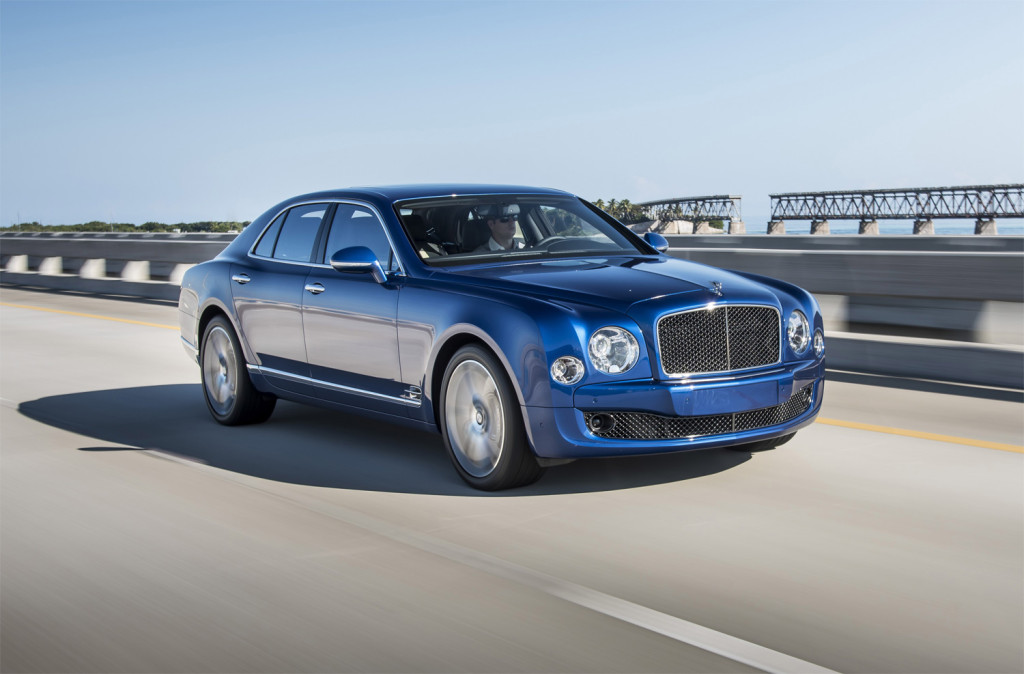 The Bentley Mulsanne Speed comes in a hundred standard colours (of course) but can be supplied in any colour imaginable. Envy Green, perhaps, or the same shade as a loved-one’s favourite nail polish. You name it, they’ll spray it. And if you are paying the price of a house for your car, it’s understandable to want one that no-one else can have.

Not that you’re likely to bump into many other Mulsanne Speeds on the road, anyway.

Bentley are making only a modest number of them, so there’s no danger of that sought-after exclusivity being diminished.

But isn’t this supposed to be a road-test, you may be thinking.

Not usually one to take a back-seat in such things, it’s tempting to make an exception in the case of a Bentley, as a fair proportion of owners might well opt to be chauffeured about, cocooned in luxury and far from the madding Inbox, though the touch of another chromed button initiates the balletic and mesmerising emergence of an iPad and keyboard from the rear of the seats in front with, wait for it, onboard wi-fi to keep you connected.

To be able to FaceTime someone at 190mph is something we’d all like to do, if we’re honest, just as “I’m on the train” was enough to impress people in the early days of mobiles, long before Dom Joly put us in our place.

On a dash through the Bavarian countryside and the Austrian Alps (we don’t even have a single Alp where I live in the UK, but here they have them in the plural), the Bentley proved to be an utter joy to drive.

It could bring out the Mr Toad in anyone, Poop-Poops included, with a 6.75-litre engine that’s mostly silent but purrs under acceleration and produces an authoritative growl that would reassure even the most questioning of Bentley owners that he was getting his money’s worth. 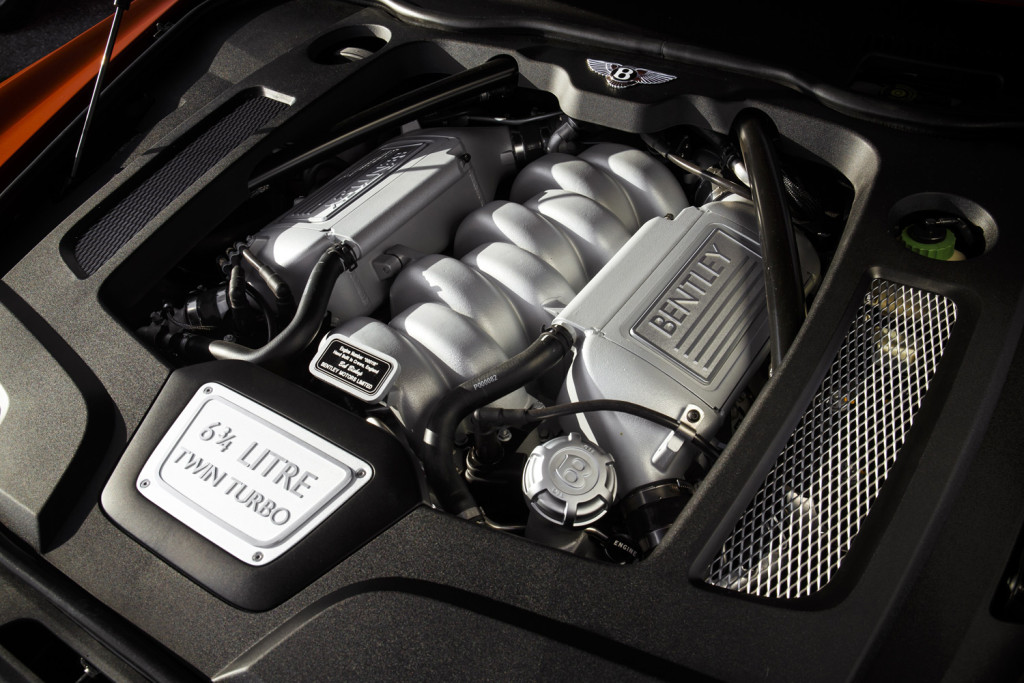 The acceleration is so smooth and so instantaneous that it’s very hard not to speed entirely unintentionally, and cars that are probably doing a licence-losing speed in UK terms appear to be crawling or almost stationary as you sweep past them on the unrestricted sections of the Autobahn.

This is not seat-of-your-pants stuff but smooth, confident acceleration that can propel this enormously long car to 60mph in 4.8 seconds and take it on to an astonishing 190mph. That’s not too far off Formula One territory.

It seems almost pointless to quote mpg figures for a car such as this, not least because most of its potential buyers will own their own oil wells anyway.

And while some prospective owners will want to know an anorak-full of technical details, such as how many Nm the torque output reaches, or what that translates to in imperial measurements, I don’t.

I’m far more interested in how the car feels, and how it feels to drive. And I suspect most Bentley buyers will secretly feel the same. I’m happy just to know that the gearbox is automatic and perfect for such a gracious car, with a Sport mode that I and my fellow journalists felt was interesting but that we’d probably never use in everyday driving.

The combination of class and cleverness means the engine has a cylinder deactivation system that turns the V8 into a temporary V4 when it doesn’t need the extra oomph, thus doing its bit to save the planet. And there are three suspension modes, as you’d expect, known as Bentley, Comfort and Speed. Just in case you get bored with one of the best in-car entertainment systems on the planet, tire of the on-the-move massage, and run out of other buttons to press.

This is a car that will make you feel like a million dollars, even if it will cost you almost half a million dollars to acquire – a car that, despite being a 21st Century creation, still seems to merit the old-fashioned label of “motor-car” and the reverence that goes with it. It’s a reminder to the world of just how outstanding and exciting British engineering and design can be, all wrapped up in a package that quickens the pulse before you even press the Start button. 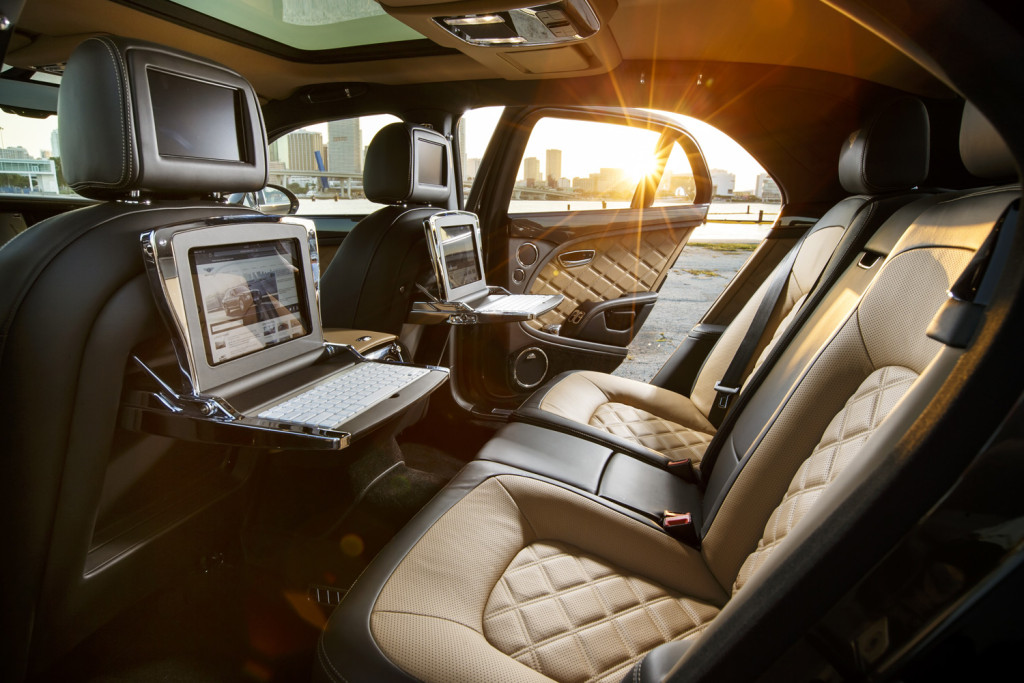 NHS strategists ought to seriously consider whether it would be cheaper to prescribe Bentley Mulsanne Speeds than offer years of talking therapies for those with chronically low self-esteem, though it might be best discussed after the General Election, and the business development bods at Camelot must be rubbing their hands with glee at the thought of all the people who’ll be buying extra Lottery tickets in the hope of winning one of these.

But there remains one unanswered question: if Bentley had let me keep the Mulsanne Speed (which for some inexplicable reason, they didn’t), would I want my chauffeur to drive it or would I want to take the wheel myself?

I’ve thought about it all the way back from Munich. And do you know what? I think we’d take turns.

See more of the Bentley Mulsanne Speed in the gallery below