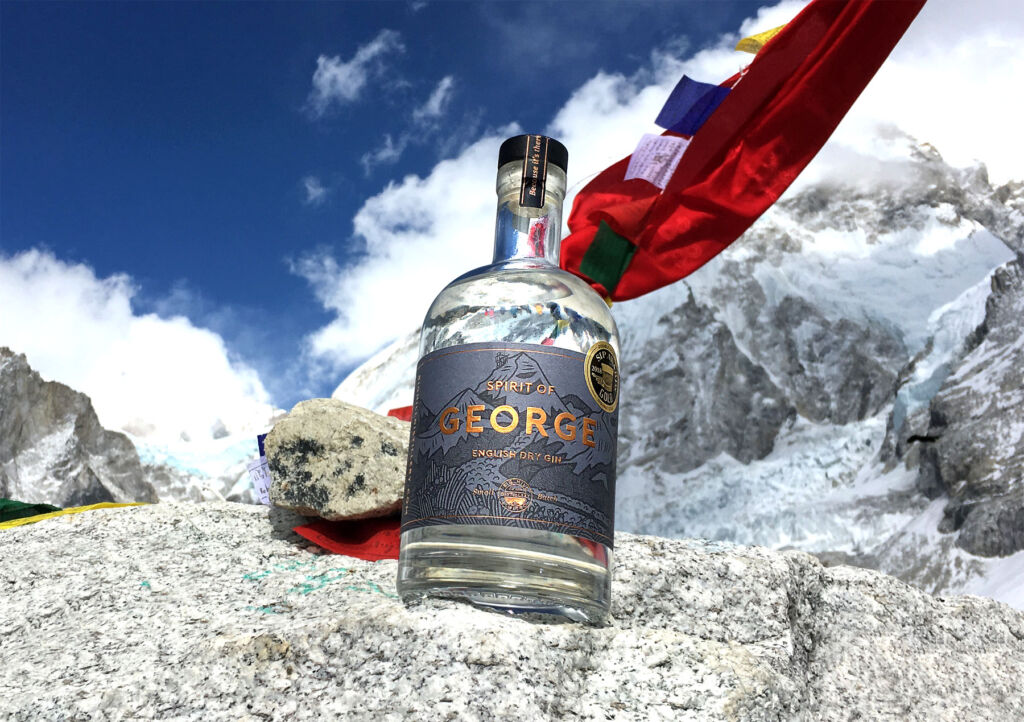 Simon Wittenberg reports on the collaboration between the Cheshire-based Big Hill Distillery and one of London’s most famous department stores to create a special edition of ‘The Spirit of George’.

The Big Hill distillery only entered the gin market in 2017, when founders Ben Kaberry and David Clayton decided to take the plunge. Their unique proposition features a product that has a high-quality look and taste, coupled with an interesting backstory.

The Big Hill’s creation started in Mobberley, Cheshire, the village once home to explorer George Mallory, who was the first person to conquer Mount Everest before attempting the feat again in 1924. 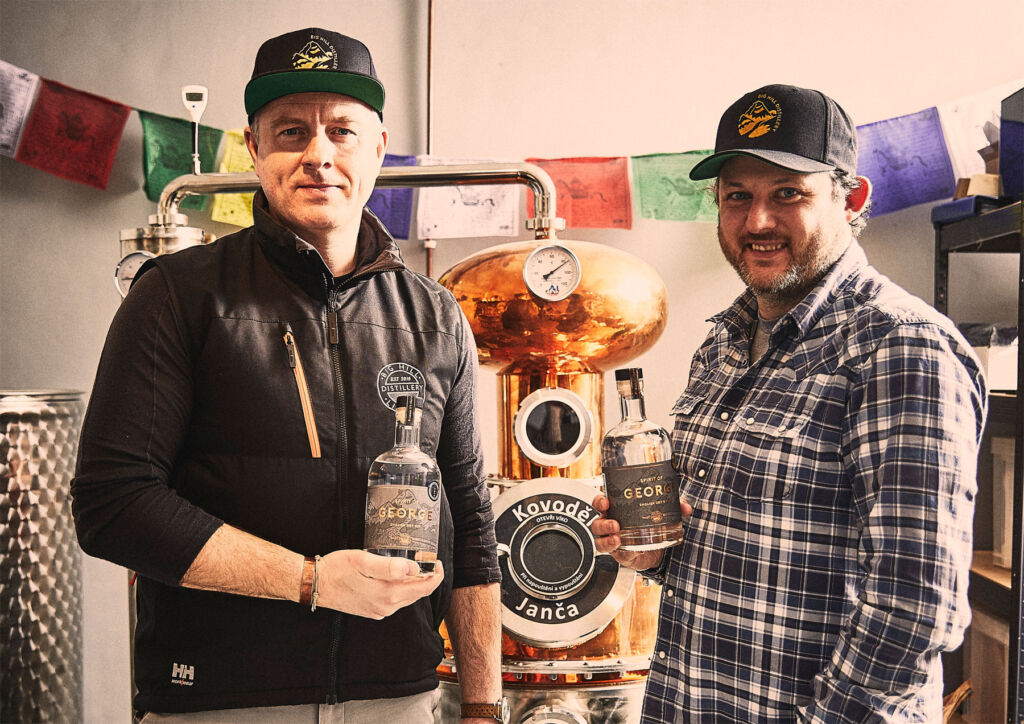 This inspired the release of the ‘Spirit of George’ gin, which uses Nepalese botanical ingredients for a super smooth finish, and has since won several prestigious industry awards. 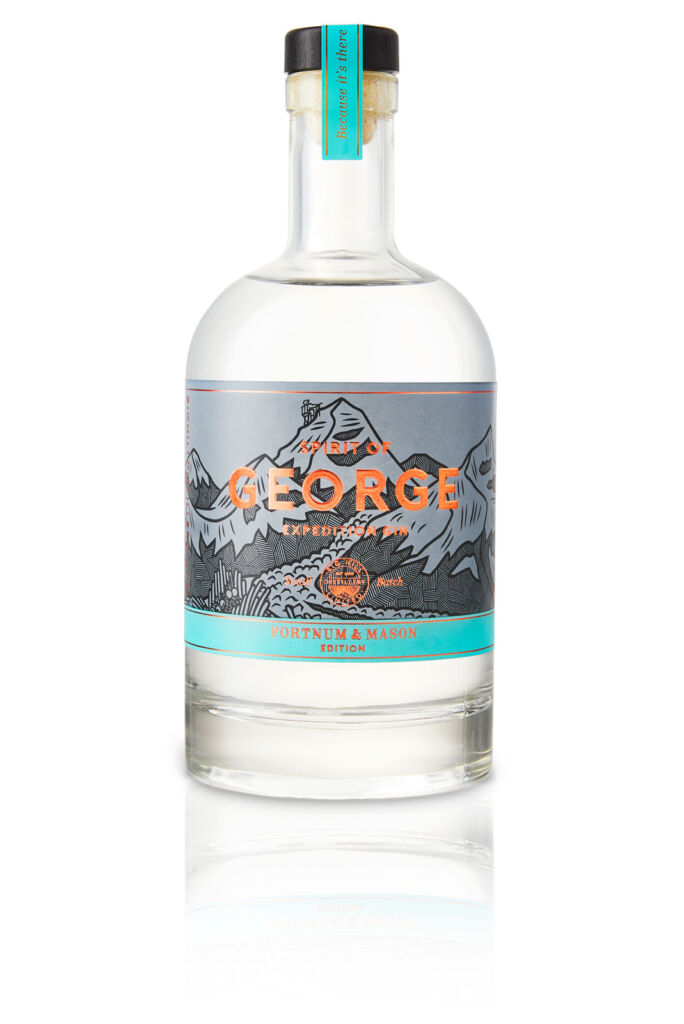 This year, the Big Hill distillery, and the luxury retailer Fortnum & Mason on London’s Piccadilly, have teamed up to create a special edition bottling of ‘The Spirit of George’ gin, as Fortnum & Mason was the last retailer that Mallory went into ahead of his last trip to the Himalayas nearly a century ago. He visited the famous department store in 1924 to stock up on clothing and rope, as well as a few luxuries, such as chocolate, foie gras and champagne.

The climb itself is shrouded in mystery, as he was last seen near the summit of Everest on 8th June 1924 but was only found 75 years later, along with compelling evidence that he did actually reach the top of the mountain.

This latest edition of the ‘Spirit of George’ uses Fortnum & Mason’s own chocolate within the gin, a nod to the provisions that Mallory took with him, as well as peppers and chilli in recognition of ingredients that were introduced to Mallory during his expedition.

The elegant design of the bottle is as beautifully thought out as the liquid inside, with the creators incorporating subtle and quirky details that pay tribute to the brand’s story. On the final ascent, there are three prominent rocky steps on the northeast ridge of Mount Everest aptly named ‘The Three Steps’. These are visible on the label of the bottle, with the image of a climber positioned at the third step where George Mallory was last seen. 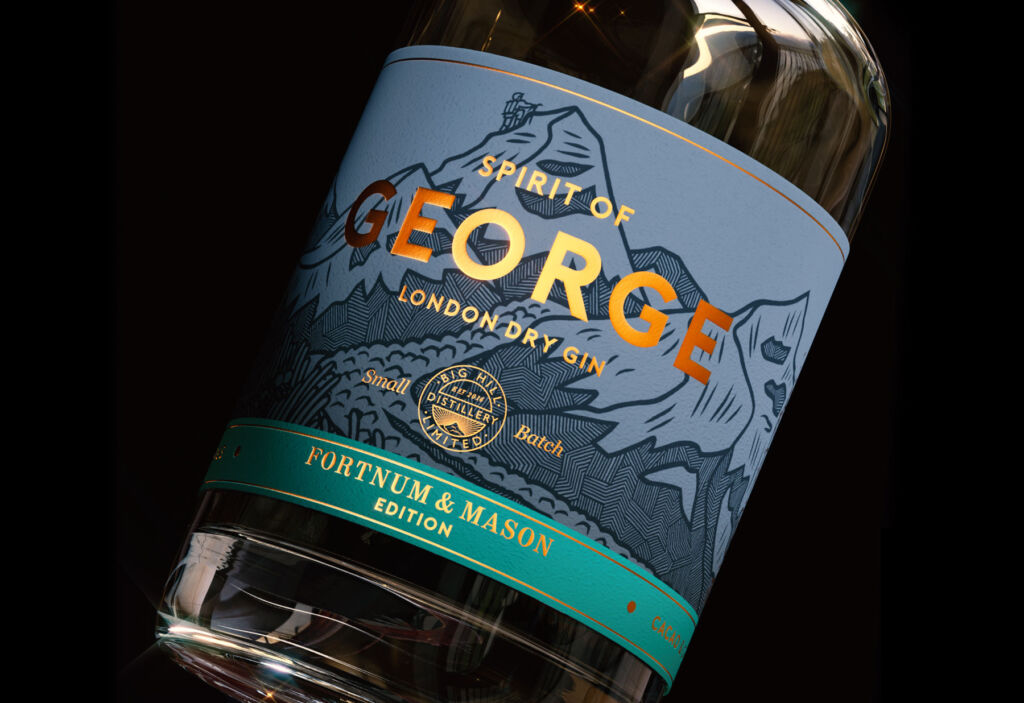 The imagery also depicts famous landmarks that climbers would pass when on the basecamp trail, and within the vegetation depicted on the label are images of ginger, clove, cardamom, cinnamon and tea, which have all been woven into the landscape to represent the botanicals from the Himalayas.

Whether sampled neat or mixed with a neutral tonic and accompanied by a slice of orange, the ‘Spirit of George’ creates a most pleasing drink – a gin made with care, craft and a level of dedication and endeavour of which George himself would be proud.

Fortnum’s X Spirit of George Expedition Gin – Where and How?

For more information on the special bottling of ‘Spirit of George’ gin in collaboration with Fortnum & Mason, which is priced from £40 for a 70cl bottle, visit www.fortnumandmason.com.

Read more news from the wines and spirits industry here.