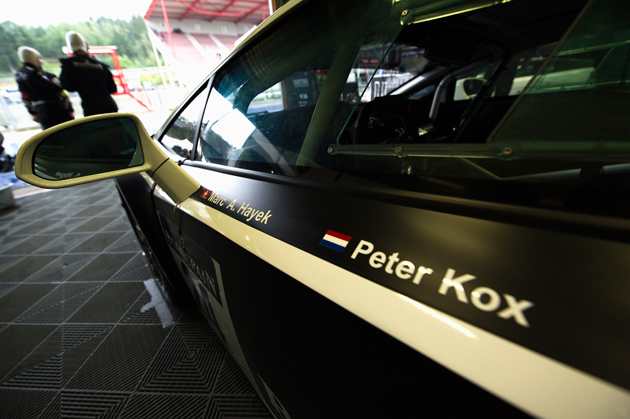 Blancpain, classicdriver.com and RM Auctions are delighted to announce the offering of the 2011 Lamborghini Gallardo LP600 GT3 Racing Car, chassis 09825, at RM’s upcoming Monaco sale, May 12 at the Grimaldi Forum. 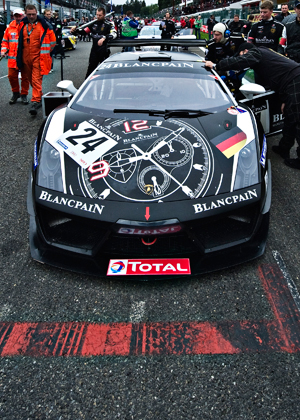 Offered by luxury Swiss watch manufacturer, Blancpain, the Lamborghini on offer is the racing car in which Blancpain President and CEO, Marc A. Hayek, won the 2011 Amateur-Class championship in the ADAC GT Masters Series. 100 percent of proceeds from the vehicle’s sale, including auction commissions, will be donated to AMM in its fight against Duchenne muscular dystrophy.

Built for competition by the Lamborghini Motorsport Department Reiter Engineering (DEU), this model Gallardo LP600 GT3 competed during the 2011 season in the Blancpain Endurance Series and in the ADAC GT Masters. Piloted by Marc A. Hayek and Peter Kox, it competed on some of Europe’s most prestigious race tracks including the Autodromo Nazionale Monza (ITA), Silverstone (UK), Spa-Francorchamps (BEL) and Höckenheim (GER). It was indeed on the legendary Höckenheim circuit that Marc A. Hayek was crowned the 2011 amateur champion at the final of the ADAC GT Masters.

Blancpain was the first watch manufacturer to commit to supporting the Monaco Association Against Muscular Dystrophy. Over the past decade, the Manufacture in Le Brassus has aided AMM’s endeavours through participation in various activities including the first “Monthematic” projects in the early 2000s through to the latest Only Watch auction held in September 2011. Blancpain is now pleased to extend its support for AMM through the auction of this highly desirable Lamborghini Gallardo LP600 GT3 racing car. The 2011 Lamborghini Gallardo LP600 GT3 racing car joins more than 90 blue-chip automobiles at RM’s upcoming Monaco sale on May 12. The weekend, which coincides with the Grand Prix de Monaco Historique, will also include the sale of more than 100 Ducati motorcycles on May 11. The two-day sale is expected to be one of the most important collector car and motorcycle auctions to be held in Europe this year.

Complete event details are available online at www.rmauctions.com or by calling +44 20 7851 7070. For those interested in participating in the auction but unable to attend in person, RM offers a wide range of remote bidding options, including absentee, Internet and telephone bidding, and the auction will stream live online at www.rmauctions.com to provide real-time coverage of the event.