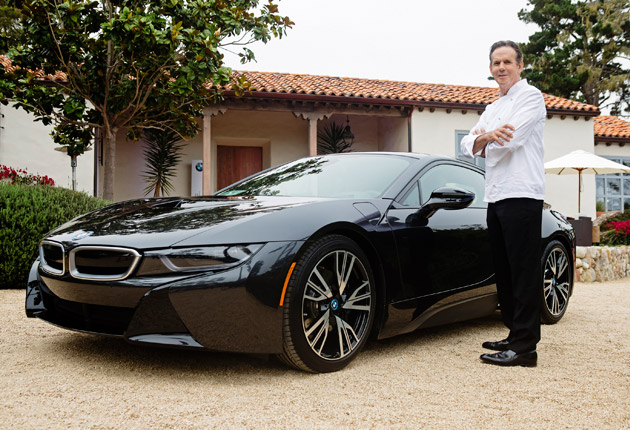 The Pebble Beach Concours d’Elegance, known as one of the world’s premier celebrations of the automobile. It was at this years automotive event that BMW handed over the keys to one of the most eagerly awaited sports cars of recent times.

Among the recipients of the new plug-in hybrid supercar were Chef Thomas Keller, Roger Penske and Rick Hendrick. Some of you might know the Penske name, Roger Penske knows cars like Gordon Ramsay knows food, so it’s comes as no surprise that he wanted to get the i8. Penske has en extensive legacy in the automotive world and is Chairman of Penske Corporation, Penske Automotive Group and Team Penske, which operates race teams in both the NASCAR and IndyCar series. With a strong legacy in transportation services, Penske understands the significance of the plug-in sports car to the automotive industry. Rick Hendrick, Chairman of Hendrick Automotive Group, currently the second-largest privately held dealership group in the country, will also be taking delivery of a BMW i8 during Pebble Beach Concours d’Elegance. Additionally, Hendrick is the owner of Hendrick Motorsports, fielding four teams competing in the premier NASCAR Sprint Cup Series.

In celebration of the revolutionary sports car made with carbon fiber, renowned Chef Thomas Keller hosted an intimate dinner at the BMW Villa for a handful of the first owners of the BMW i8. In addition to hosting the special occasion, Chef Keller, who has set the standard within the hospitality industry with restaurants including Per Se in New York and French Laundry in Napa Valley, joined the BMW i family after taking delivery of his very own BMW i8.

Those that joined the exclusive dinner and took delivery of a BMW i8 at the BMW Villa during Pebble Beach Concours d’Elegance included:

Tony Fadell, Founder and CEO of Nest, which reinvents unloved home products, like the thermostat.

Michael Fux, a pioneer in the mattress and bedding industry and is currently CEO of Comfort Revolution.

Just the looks were probably enough to convince these people to buy an i8, but the i8 is far more than looks alone. With its futuristic design and groundbreaking technology, the BMW i8 operates with extremely low fuel consumption (76 MPGe) and emissions output, and is capable of accelerating from 0-60 mph in 4.2 seconds on the way to an electronically governed top speed of 155 mph. 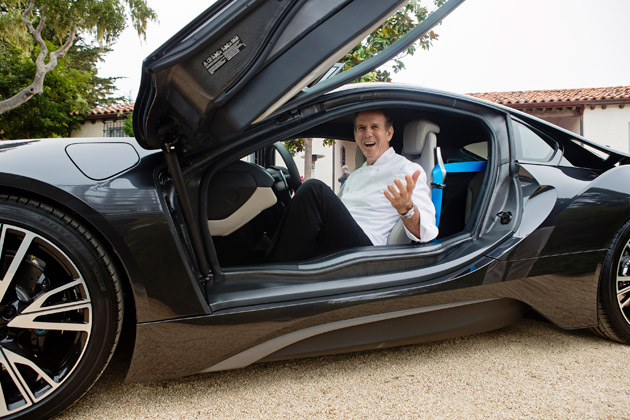